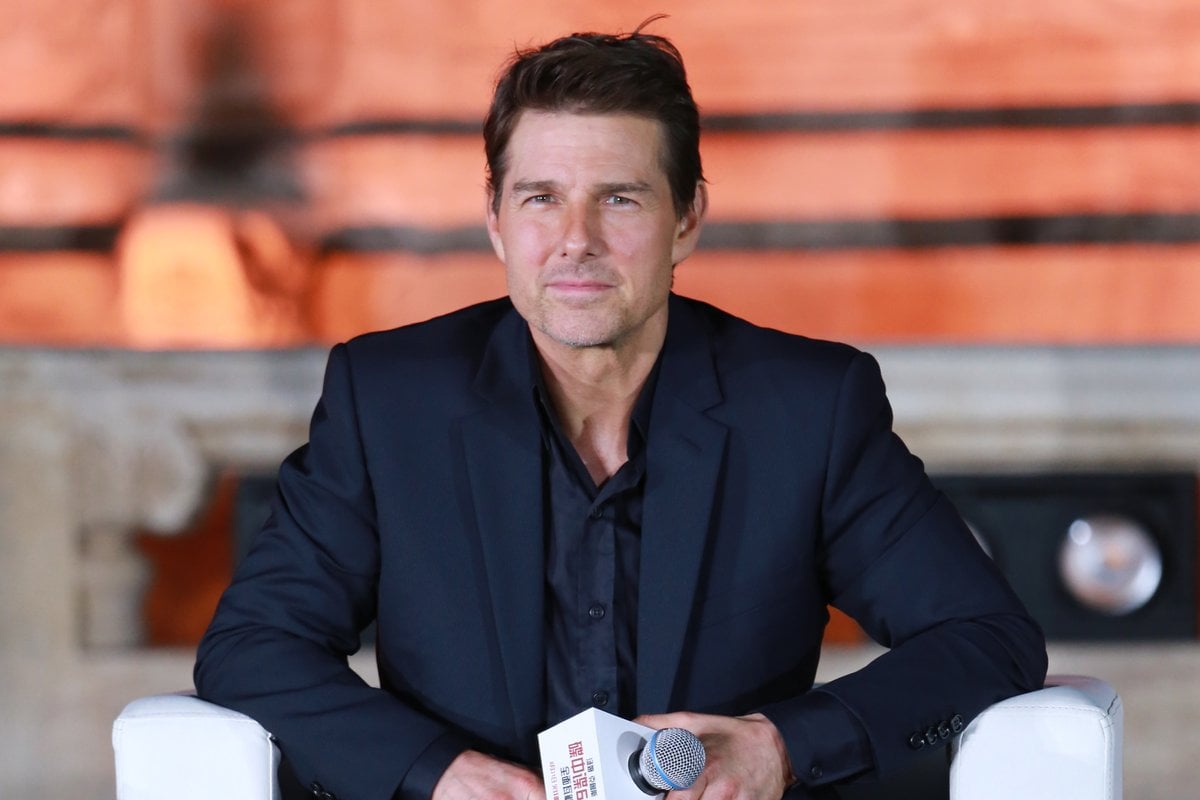 Last week, Tom Cruise went on a tirade after witnessing two crew members standing too close to one another on the set of Mission Impossible: 7.

In recent months, production has been halted on the action movie set due to COVID-19-related delays, including when 12 people on set tested positive to the virus in October.

In an effort to prevent any further delays to shooting, Cruise, who reprises his role as Ethan Hunt in the film, spent almost AUD$900,000 on a cruise ship for the cast and crew to isolate on.

Watch: The celebrities who broke up before working together. Post continues after video.

In audio obtained by The Sun, Cruise was heard flying into a rage after witnessing crew violating social distancing rules.

There were reportedly 50 crew members present at Warner Bros. Studios in Leavesden, Herts, when the 58-year-old was heard screaming: "If I see you do it again, you’re f***ing gone. And if anyone in this crew does it, that’s it — and you too and you too. And you, don’t you ever f***ing do it again."

"They’re back there in Hollywood making movies right now because of us. We are creating thousands of jobs, you motherf***ers," he continued.

"That’s it. No apologies. You can tell it to the people that are losing their f***ing homes because our industry is shut down.

"We are not shutting this f***ing movie down. Is it understood? If I see it again, you’re f***ing gone."

Since the audio was leaked, a number of high-profile celebrities have defended Cruise's outburst.

"Some people don’t understand why he would get so angry, I get it," Whoopi Goldberg shared on The View.

Read More: "You motherf**kers." The highs and lows of Tom Cruise's life in the spotlight.

George Clooney agreed, telling radio host Howard Stern: "He didn't overreact, because it is a problem."

He continued: "You’re in a position of power and it’s tricky, right? You do have a responsibility for everybody else and he’s absolutely right about that. And, you know, if the production goes down, a lot of people lose their jobs. People have to understand that and have to be responsible."

Following the Tom Cruise audio leak saga, here are five other times that actors have blown up on set. 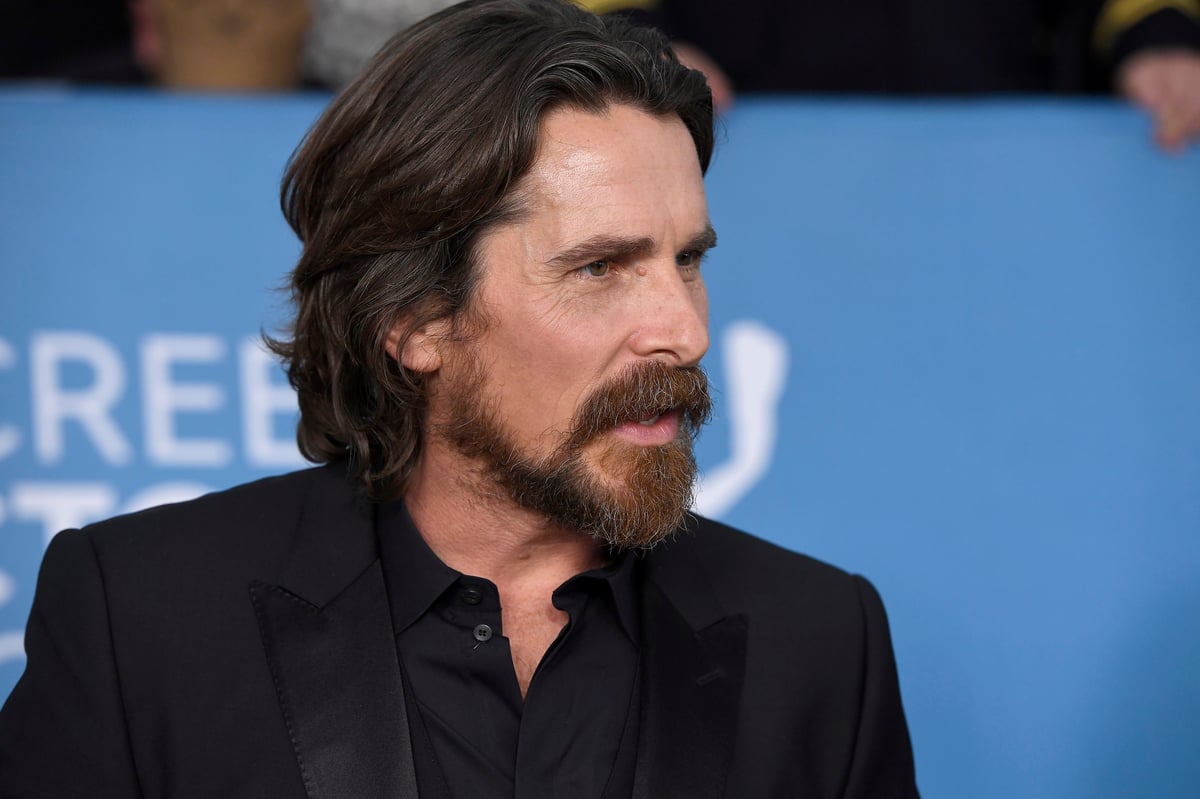 In February 2009, audio emerged of Christian Bale losing his temper on the set of Terminator Salvation.

During filming, the actor lashed out at cinematographer Shane Hurlbut for reportedly walking into frame during a take.

"F**k sake man, you're an amateur," Bale shouted in the leaked audio that later went viral.

The actor later apologised for the rant, calling it "inexcusable".

"I was out of order beyond belief. I make no excuses for it," he told Los Angeles radio station KROQ.

"There is nobody who has heard that tape who has been hit harder than me. The one thing that disturbs me so much is that I've heard a lot of people saying that I seem to think that I'm better than anybody else," he continued.

"Nothing could be farther from the truth. I am a lucky man, I never forget that and that is why I put so much into what I do, and why I care so much about it and why sometimes that enthusiasm just goes awry."

He also shared that he later resolved the disagreement with Hurlbut.

"I don't want anyone to misunderstand this: I've seen a rough cut of the movie and he has done a really wonderful, professional job on this," he said.

From Heath Ledger to Jared Leto and Joaquin Phoenix, a number of actors have played the Joker over the years.

But while the character has been taken into different directions by each actor, there's a common thread between them – method acting.

Following in the footsteps of the late Heath Ledger, Jared Leto, who played the villain in Suicide Squad in 2016, used method acting at all times on set.

During filming, the actor and musician controversially sent his cast mates some unwelcome surprises, including reportedly mailing a live rat to Margot Robbie and delivering a dead pig to the rest of the cast. He also gifted Will Smith a set of bullets. 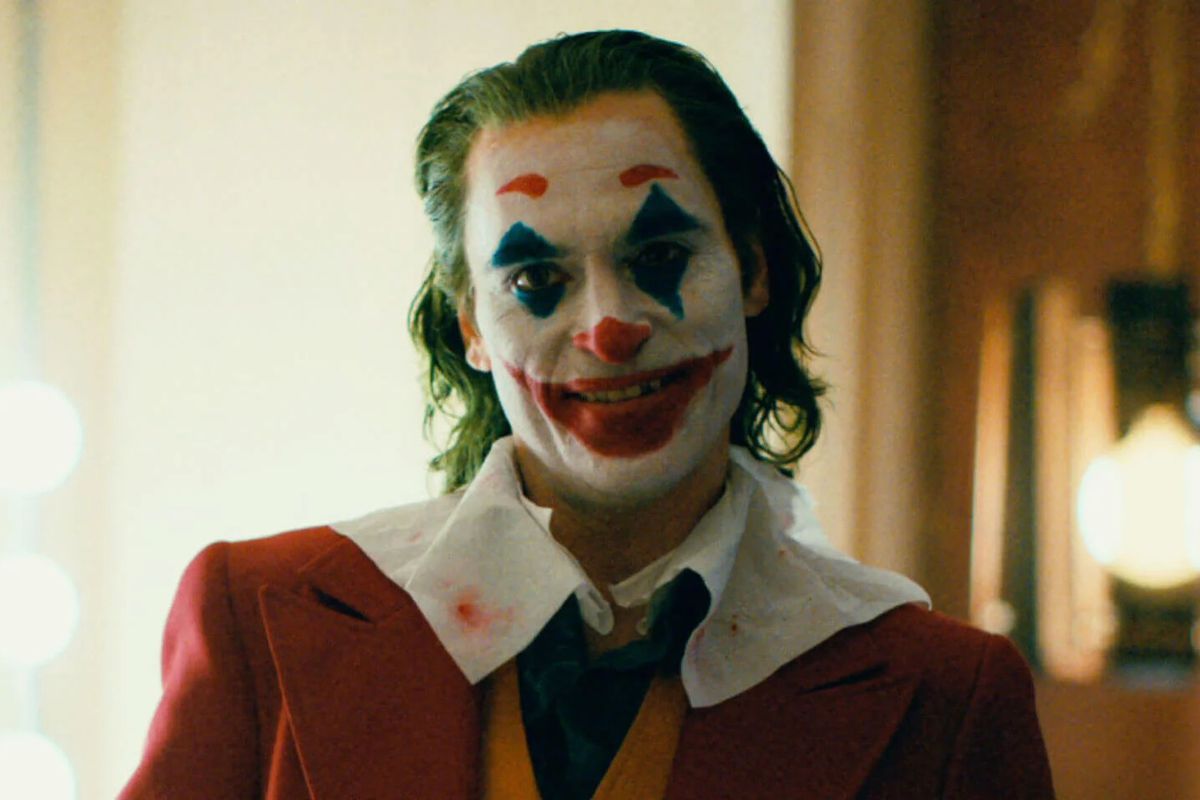 Similarly, Joaquin Phoenix, who played the character in Joker, was described by Robert De Niro as "very intense" on set.

"Joaquin was very intense in what he was doing, as it should be, as he should be," the actor said.

"There’s nothing to talk about, personally, on the side, 'Let’s have coffee.' Let’s just do the stuff."

In an interview with The New York Times, Joker director Todd Phillips shared that, at certain parts during filming, Phoenix would abruptly leave.

"In the middle of the scene, he'll just walk away and walk out. And the poor other actor thinks it's them and it was never them – it was always him, and he just wasn't feeling it," Phillips explained. 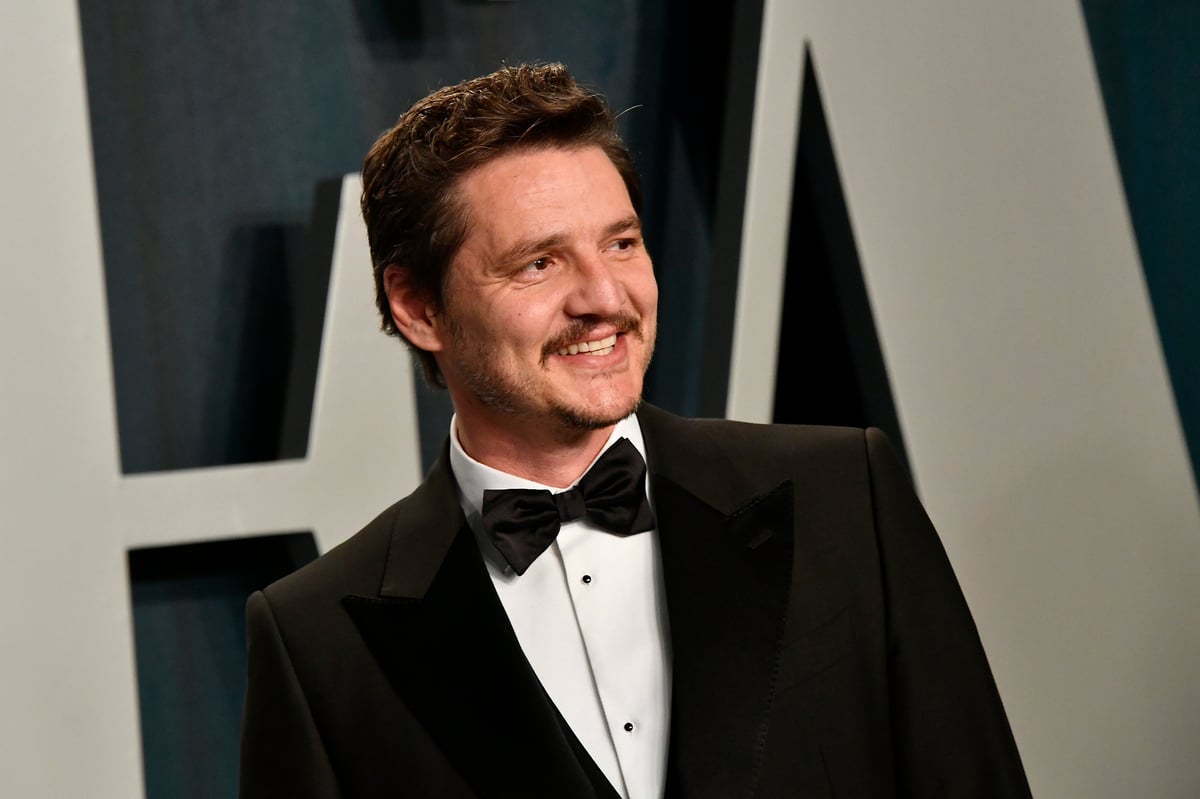 While filming the latest season of The Mandalorian, actor Pedro Pascal reportedly stormed off set over wearing his character's helmet.

In the Disney Plus series, Pascal's character doesn't take his helmet off in front of other people.

According to insider Grace Randolph, the actor became "difficult" on set due to his desire to film some scenes without the helmet.

"While filming season two, Pedro Pascal really wanted to have some scenes with his helmet off," Randolph claimed in September, according to We Got This Covered.

"The Mandalorian creative team wouldn’t budge on this. So Pedro Pascal, from what I’ve heard from two sources now, was frustrated about this and also was pretty darn uncomfortable in the suit on set. So, he became difficult," she continued.

"And the final straw, even though he was difficult to be around on set, the final straw was that he went to Lucasfilm, from what I’ve heard from my sources, to try to get them to intervene on his behalf." 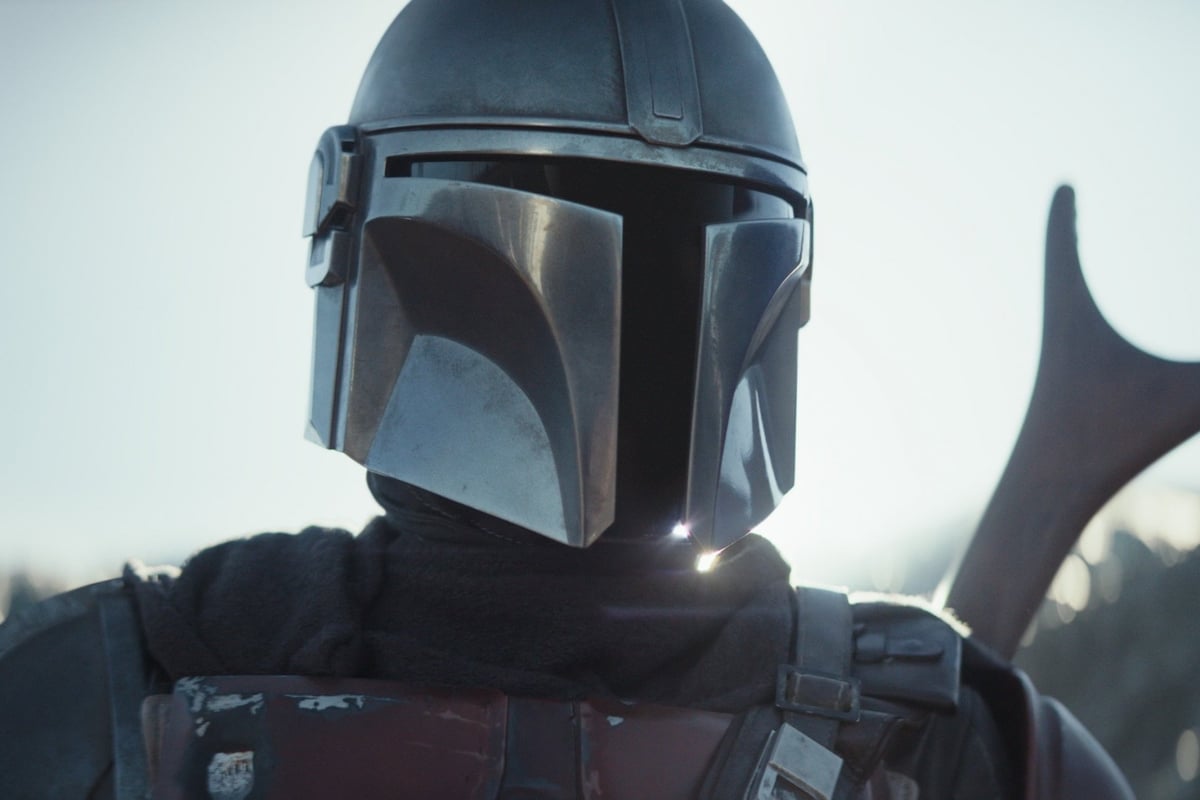 Pedro Pascal in The Mandalorian. Image: Disney Plus.

Earlier this month, however, Pascal denied the claims.

"That is not true, actually," he told BBC's The One Show.

"It's a really wonderful way of telling the story. It's always been a very clear creed for the character and the collaborative process of the whole thing, we've all been on the same page with this.

"So what I want is for them to make the best show possible, however they get that done." 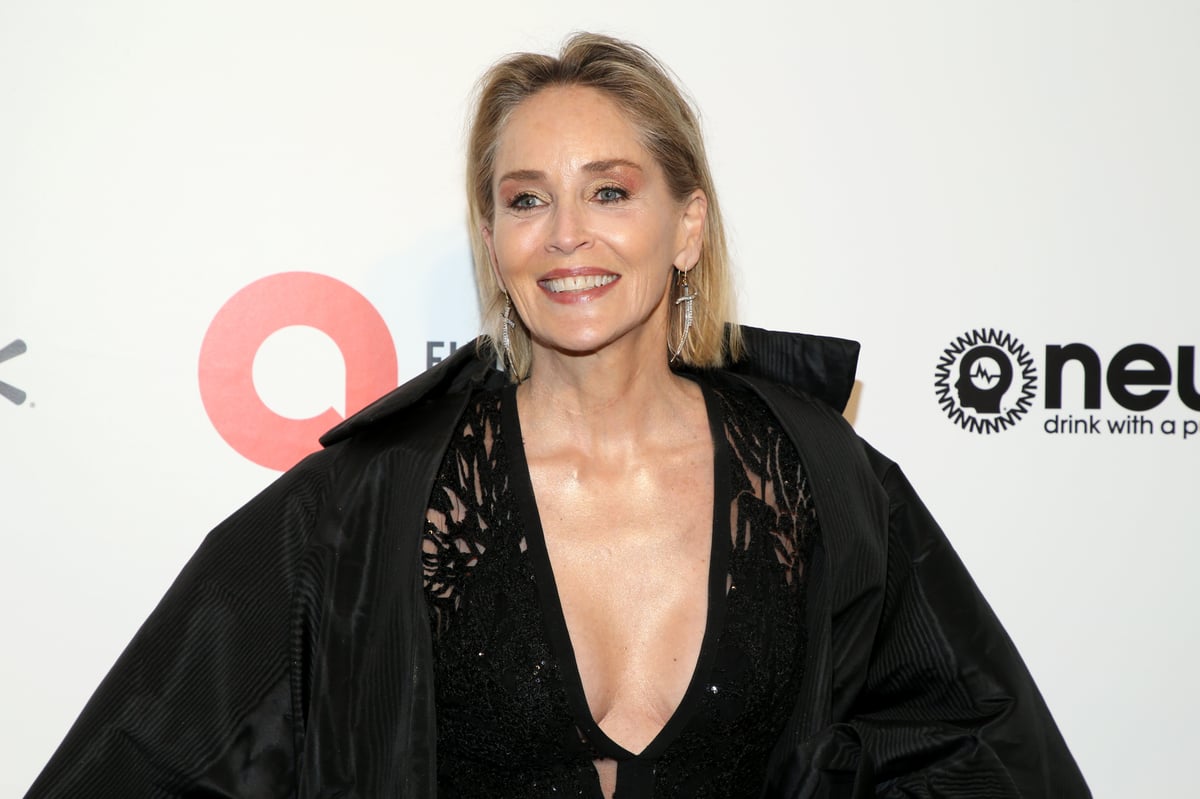 While filming A Golden Boy in 2014, Sharon Stone abruptly stormed off set as she was unhappy about a TV cameraman who was filming on set.

"We looked for her everywhere, but nothing! Then my brother received a phone call from Los Angeles from her manager: she wouldn’t come back on the set until the photographers and especially that damned TV cameramen had gone away. Obviously we did so and she, like nothing happened, shot the scene."

The Italian director also shared that Stone had presented a lengthy list of demands after she agreed to appear in the film.

"It was a negotiation that bordered on ridiculousness, concerning embarrassing details, as if Italy was a third world country. By the way, we do have electricity in Italy," he said. 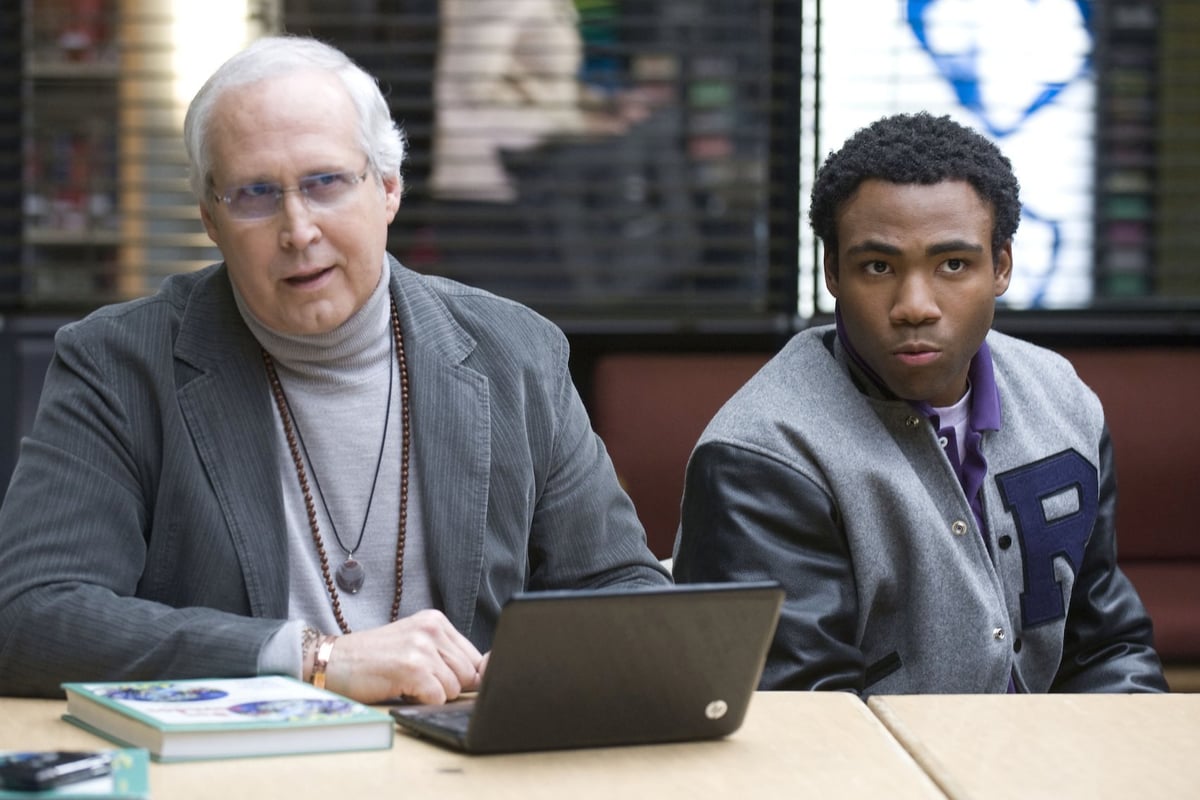 While filming one episode, Chase reportedly walked off set, "permanently damaging" an episode in the series.

"The real answer, I believe, is that he wanted to go home because he was tired," Harmon told The A.V. Club, sharing that Chase refused to do a scene for one particular episode.

"He probably didn’t realise he was permanently damaging the episode by doing so because he often walked off set and then we would just pick up his shots later in the week. But this was the final shot of the season. The sets came down after he walked away. So this was the one time in three years that his personality caused unfixable damage to something I really held valuable."

Later on, at the wrap party, Harmon reportedly gave a "F**k you, Chevy" speech in front of Chase and his family, encouraging the cast and crew to join him in saying "f**k you" to Chase, leading the actor to abruptly leave the party.