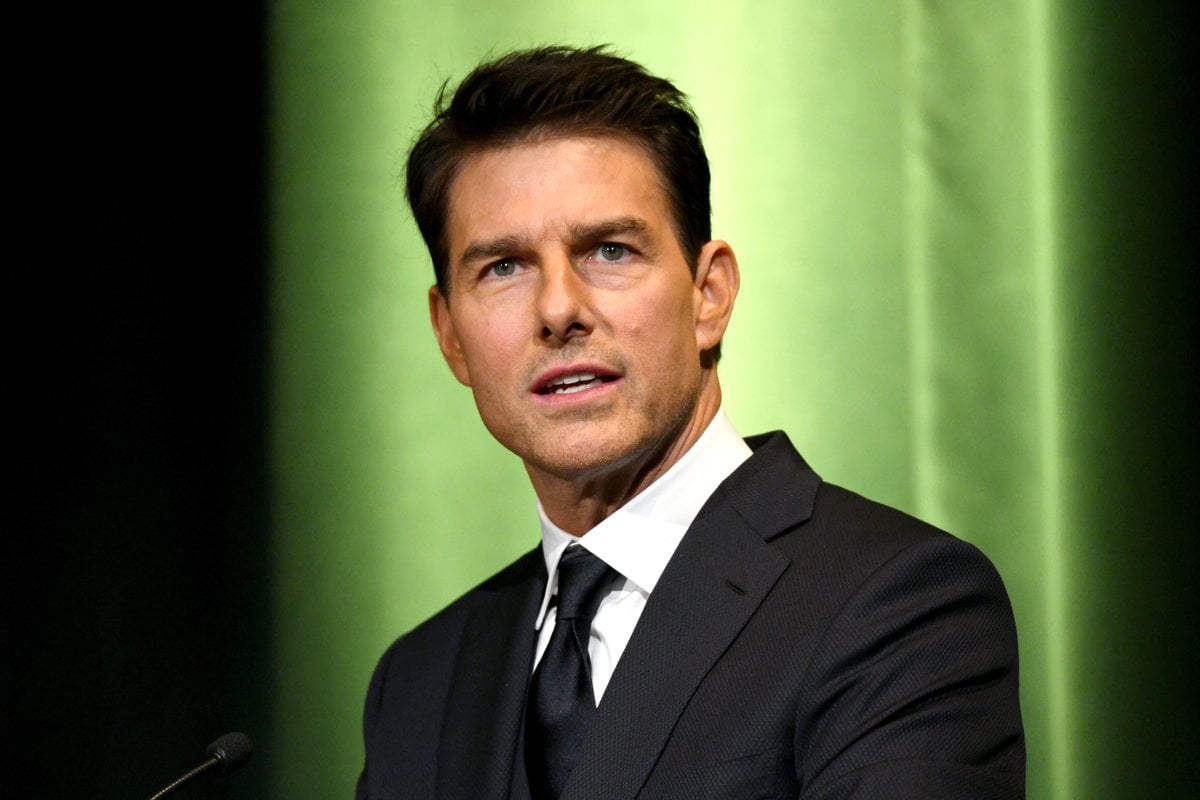 In recent months, the cast and crew of Mission: Impossible 7 have faced endless COVID-19-related delays.

Since filming began, production has been halted multiple times, including when 12 people on set tested positive to the virus in October.

In the weeks since the outbreak, Tom Cruise, who reprises his role as Ethan Hunt in the film, has tried to ensure there are no further delays to shooting, spending almost AUD$900,000 on a cruise ship for the cast and crew to isolate on.

But this week, the film's lead actor went on a tirade after witnessing two crew members standing too close to one another on set.

Watch: Tom Cruise on his dedication to the Church of Scientology. Post continues below.

In audio obtained by The Sun, Cruise was heard screaming: "If I see you do it again, you’re f***ing gone. And if anyone in this crew does it, that’s it — and you too and you too. And you, don’t you ever f***ing do it again."

There were reportedly 50 crew members present at Warner Bros. Studios in Leavesden, Herts, when the 58-year-old flew into a rage.

"They’re back there in Hollywood making movies right now because of us. We are creating thousands of jobs, you motherf***ers," he screamed.

"That’s it. No apologies. You can tell it to the people that are losing their f***ing homes because our industry is shut down.

"We are not shutting this f***ing movie down. Is it understood? If I see it again, you’re f***ing gone."

The action spy movie is currently slated for release in November 2021.

Since the audio was leaked, a number of high-profile celebrities have defended Cruise's outburst.

"Some people don’t understand why he would get so angry, I get it," Whoopi Goldberg shared on The View.

George Clooney also defended Cruise, adding that he would have delivered the warning differently.

"He didn't overreact, because it is a problem," the actor told radio host Howard Stern.

"You’re in a position of power and it’s tricky, right? You do have a responsibility for everybody else and he’s absolutely right about that. And, you know, if the production goes down, a lot of people lose their jobs. People have to understand that and have to be responsible. It’s just not my style to take everybody to task that way."

But while some praised Cruise, others were reminded of the actor's controversial past, including his involvement in the Church of Scientology.

This abusive side of TC is not often seen. He learned from his buddy David Miscavige. Sounds just like him -- same language, same inflection, same "I have the world on my shoulders and you are f**cking me over" routine... He probably leaked this thinking it makes him sound tough. https://t.co/ONt0ehASav

"This abusive side of Tom Cruise is not often seen," Mike Rinder, a former Scientology leader, tweeted.

"He learned from his buddy [Scientology leader] David Miscavige. Sounds just like him — same language, same inflection, same 'I have the world on my shoulders and you are f***ing me over' routine."

Scientology and an intensely private life.

Since his initial acting breakthrough in the 1980s, Tom Cruise has long been intensely private when it comes to his personal life.

But when it comes to the Church of Scientology, the 58-year-old is an outspoken advocate.

Cruise, who was reportedly aspiring to become a Catholic priest before he became an actor, joined Scientology in the late 1980s. 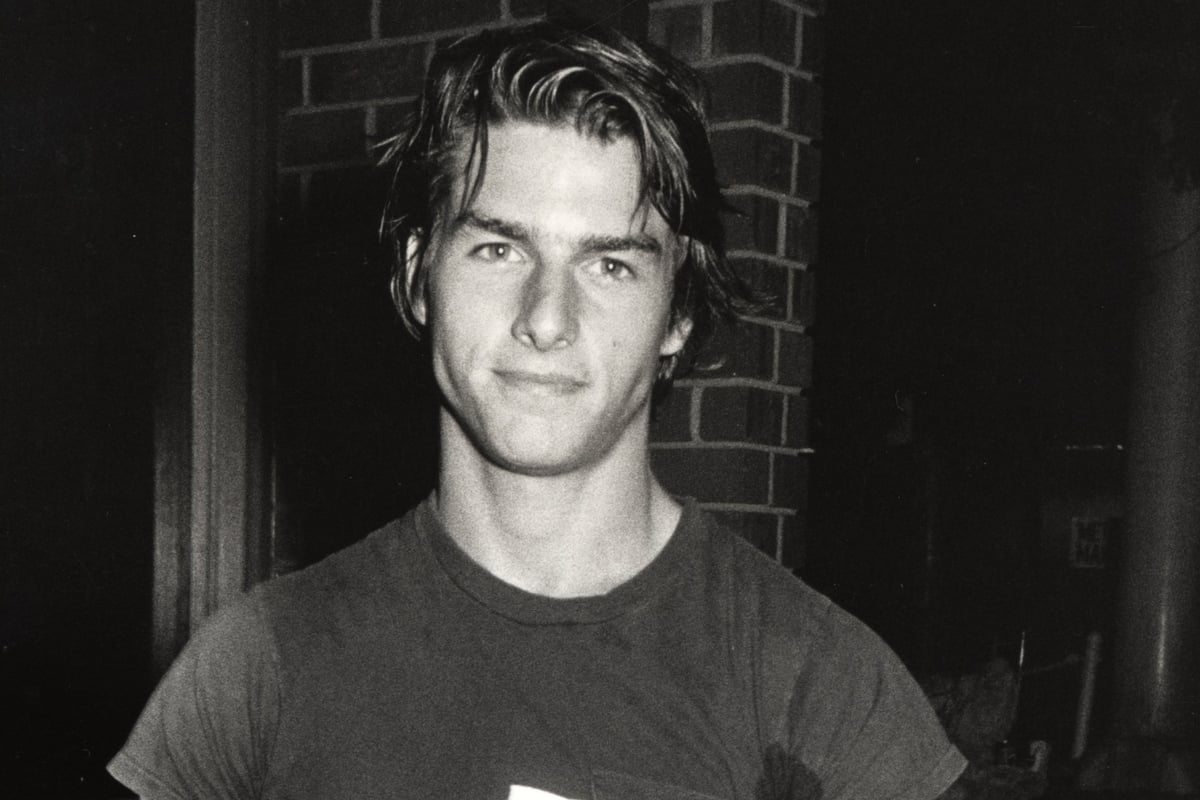 Tom Cruise at a screening of Risky Business in 1983. Image: Getty.

The actor was introduced to the church by his first wife, actress Mimi Rogers.

It was a big moment for the Church of Scientology.

"There was no bigger recruit than Tom Cruise," Karen Pressley, a former commanding officer of the church's Celebrity Centre in Hollywood, told CNN.

As a celebrity, Cruise reportedly received special treatment within the church.

However, it wasn't until 2004 that Tom Cruise's close involvement with Scientology publicly came to the forefront.

At the time, Cruise claimed that psychiatry "should be outlawed".

"I think it's an utter waste of time. There's nothing scientific about it," he claimed.

"I think it definitely does more harm than good." 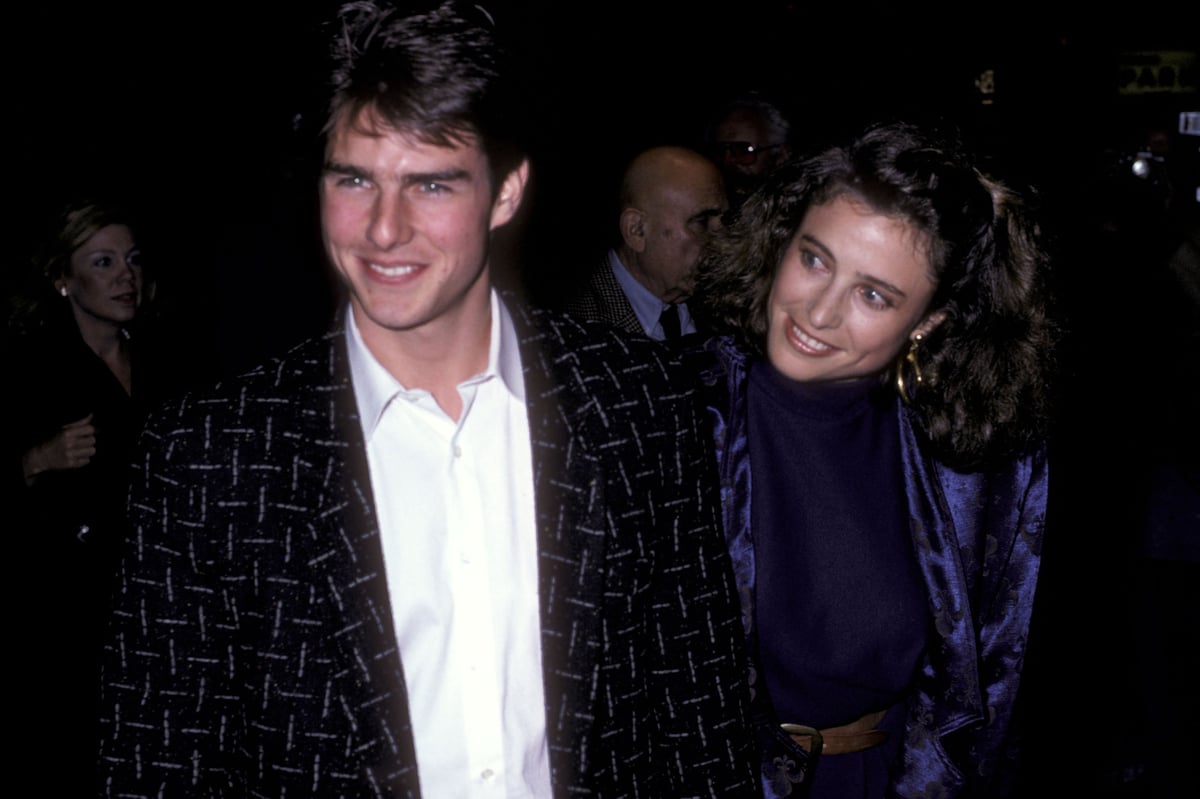 The following year, Cruise had an awkward conversation with Matt Lauer during an interview on The Today Show.

When asked about Scientology, Cruise responded: "Scientology is something that you don't understand."

During their conversation, the 58-year-old criticised actress Brooke Shields for using antidepressants and asserted that a person's problems can be cured through "vitamins and exercise", arguing "there is no such thing as a chemical imbalance".

Then, in 2008, a leaked video surfaced of Cruise's indoctrination into the church. In the video, the actor reportedly claimed that only Scientologists could fix the world.

Over the years, Cruise has reportedly tried to bring other celebrities into the church, including Steven Spielberg, JJ Abrams, David Beckham, and Ron Howard.

When Tom Cruise joined the Church of Scientology in the mid-1980s, he was married to Mimi Rogers.

The couple later divorced in February 1990, shortly before Cruise met Nicole Kidman on the set of their film, Days of Thunder. 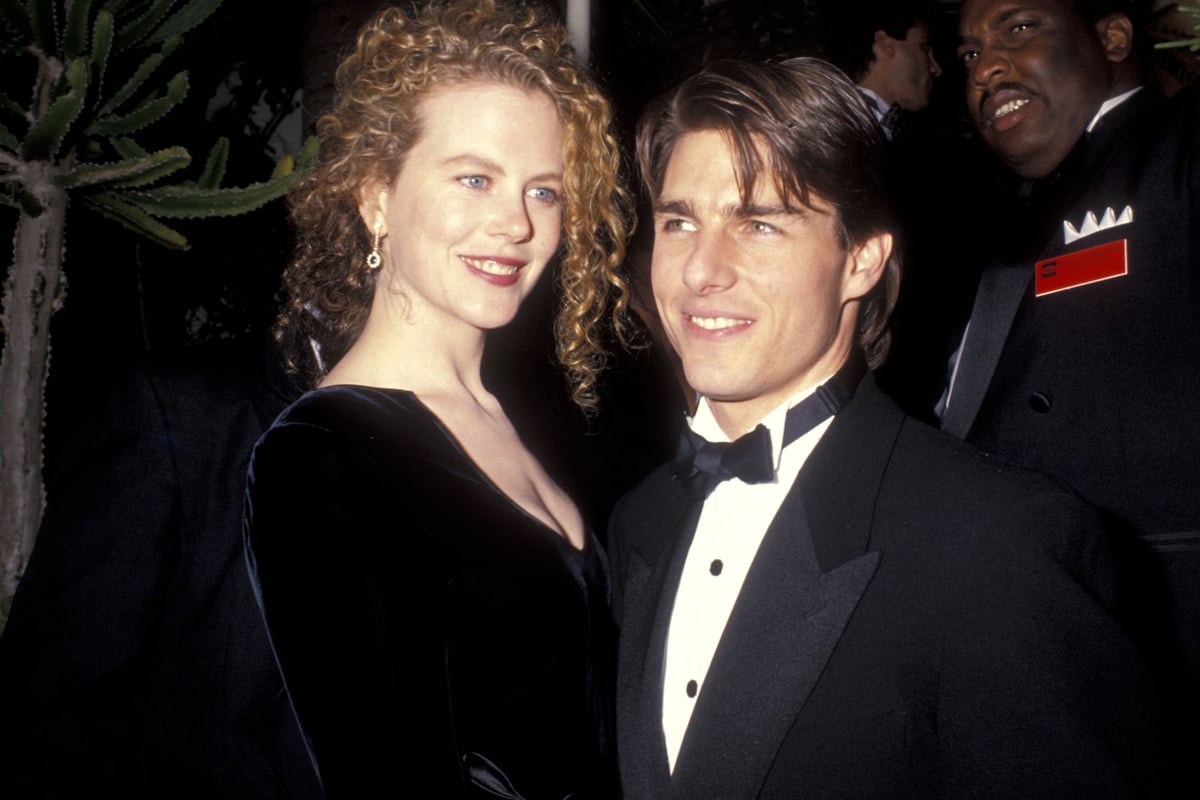 On December 24, 1990, less than a year after meeting, Kidman and Cruise were married. At the time, Australian actress Kidman was just 22 years old.

In the early years of their marriage, Kidman and Cruise adopted two children, Isabella in 1992 and Connor in 1994.

But in 2001, the couple's spokesperson announced their sudden separation after 11 years together. Two days later, Cruise filed for divorced. 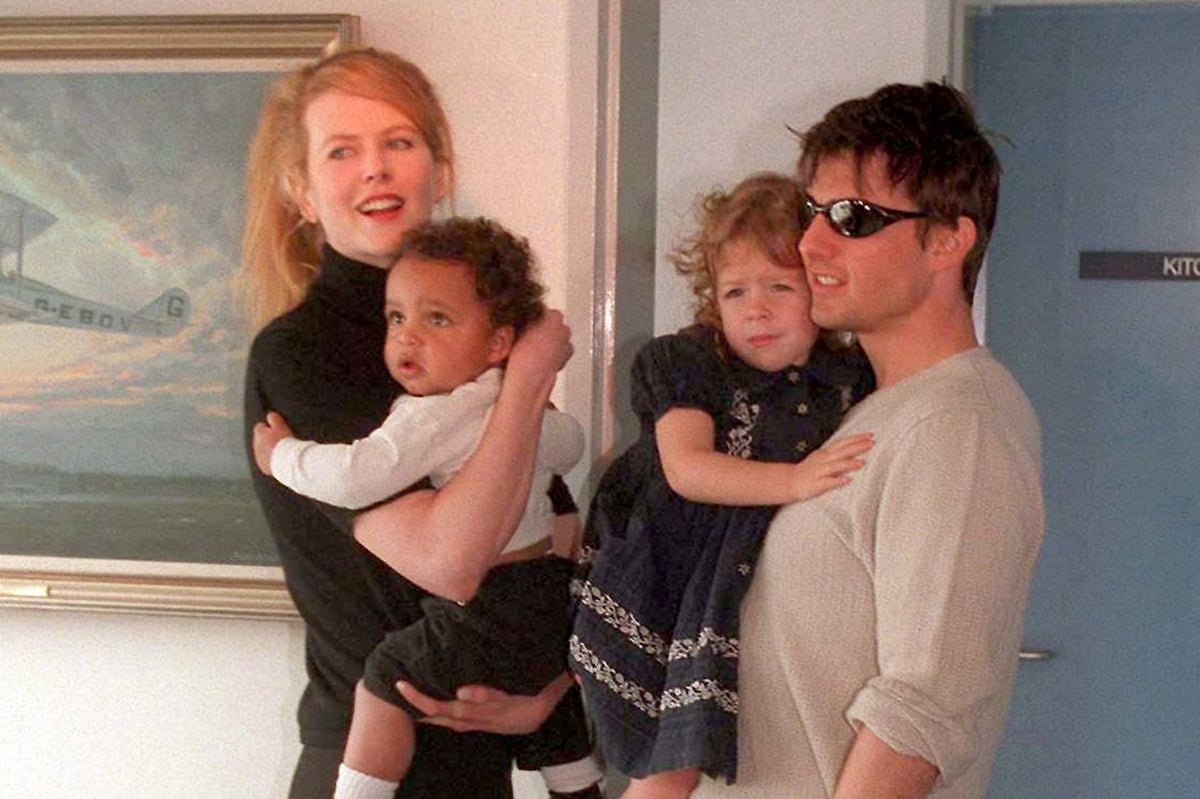 Nicole Kidman and Tom Cruise introduce their children Connor and Isabella to the media on January 24, 1996 at Sydney airport. Image: Getty.

The separation reportedly came as a shock to Kidman.

According to court documents, Kidman claimed that Cruise suddenly left her without any warning.

While Cruise hasn't ever spoken publicly about their divorce, it has long been rumoured that the Church of Scientology didn't approve of Cruise's marriage to Kidman.

Following their divorce, the couple's children — who had been raised in the Church of Scientology — chose to stay with Cruise.

In Steve Cannane’s book Fair Game: The Incredible Untold Story of Scientology in Australia, it’s alleged that the Church of Scientology tried to turn the children against Kidman. 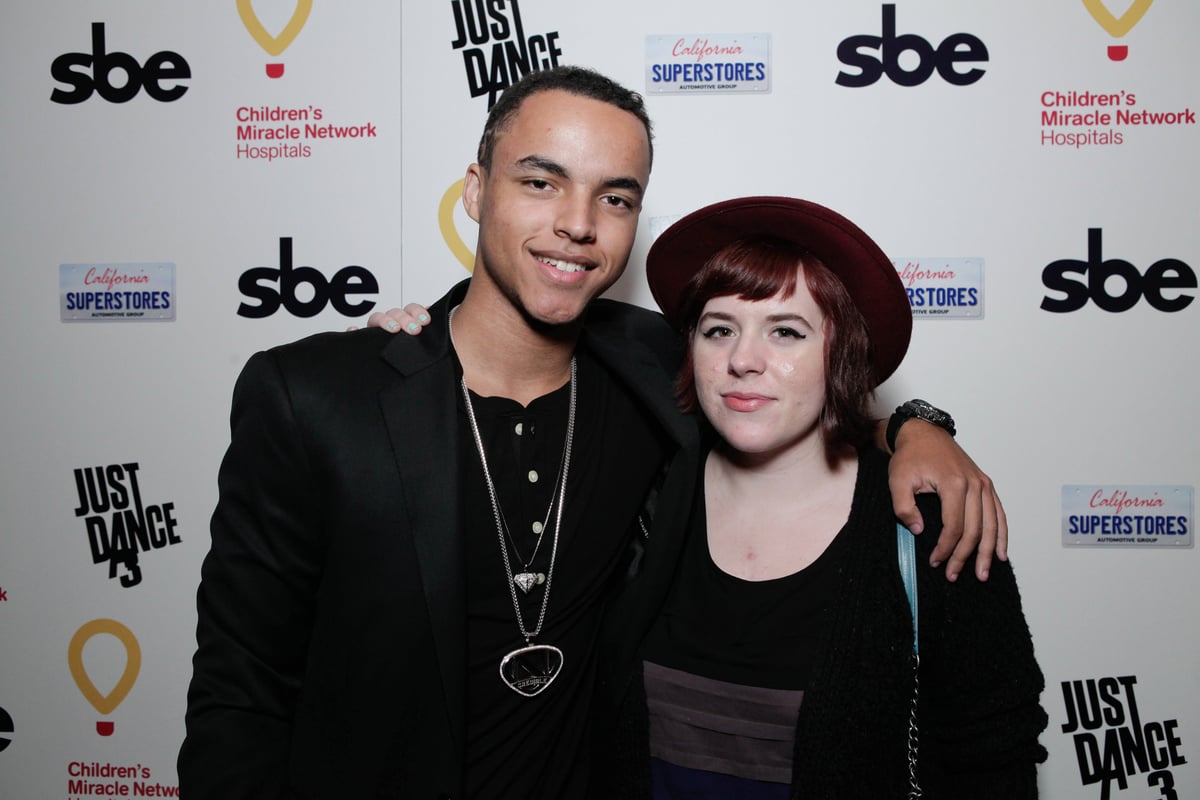 Connor Cruise and Bella Cruise at an event in 2012. Image: Getty.

When asked by New Idea if she still speaks to her parents, Bella replied: "Of course we talk, they're my parents", adding, anyone who says otherwise is "full of sh*t".

While on a press tour for War of the Worlds, Cruise famously declared his love for the actress, jumping up and down on a couch on The Oprah Winfrey Show.

The couple soon welcomed their daughter Suri in April 2006, before getting married at a 15th century Italian castle in November that same year.

When the pair announced their divorce in 2012, rumours circulated that Cruise’s role in the Church of Scientology played a part. Katie converted to Scientology ahead of their wedding in 2006, but parted ways with the controversial religion after their divorce. 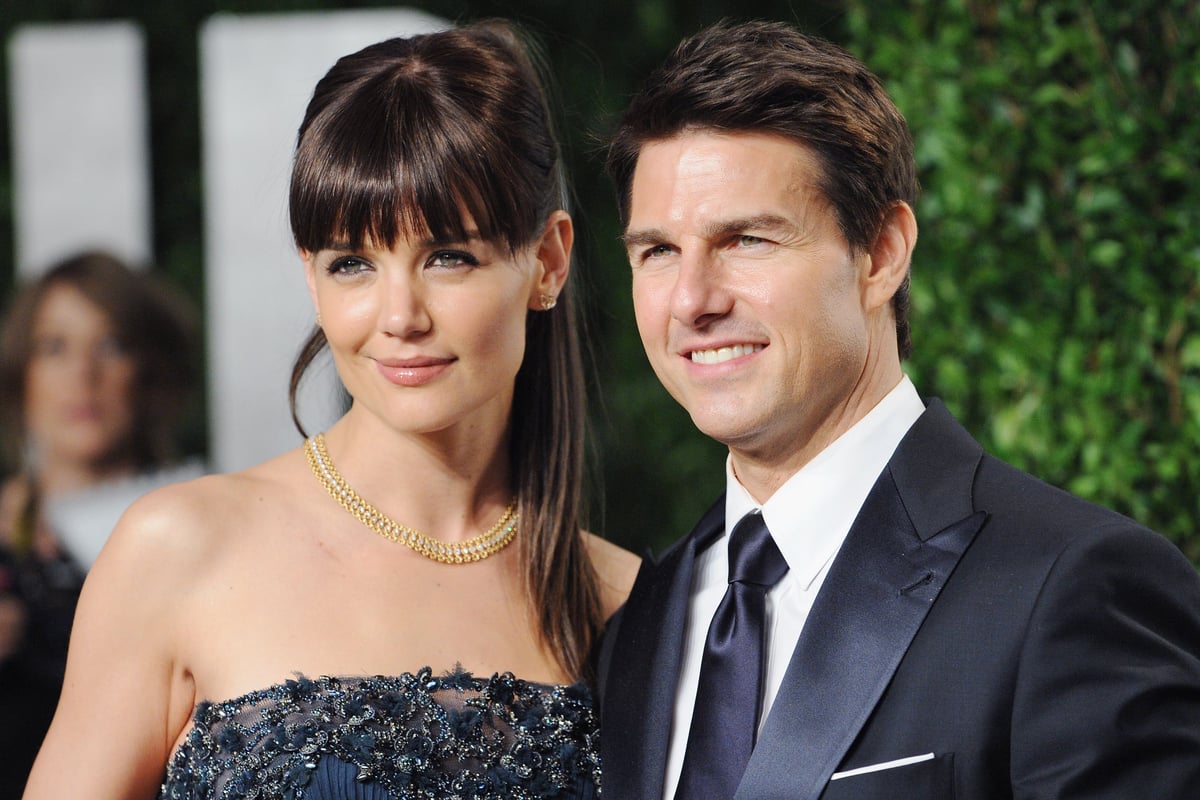 Katie Holmes and Tom Cruise in 2012, shortly before their divorce. Image: Getty.

Although the former couple share custody of their daughter, it’s believed Cruise is largely estranged from the now 14-year-old.

According to Us Weekly, Cruise is allowed to see Suri 10 days a month as outlined in their divorce settlement, but has chosen not to because of his religious beliefs.

"Every person is allowed to see their child if they wanted to," a source told the publication in 2018. "He chooses not to because she is not a Scientologist."

Speaking to In Touch, another source claimed that Cruise hasn't seen his daughter since she was seven.

"He’s disconnected from Katie, and then de facto from Suri, because of her connection to Katie."