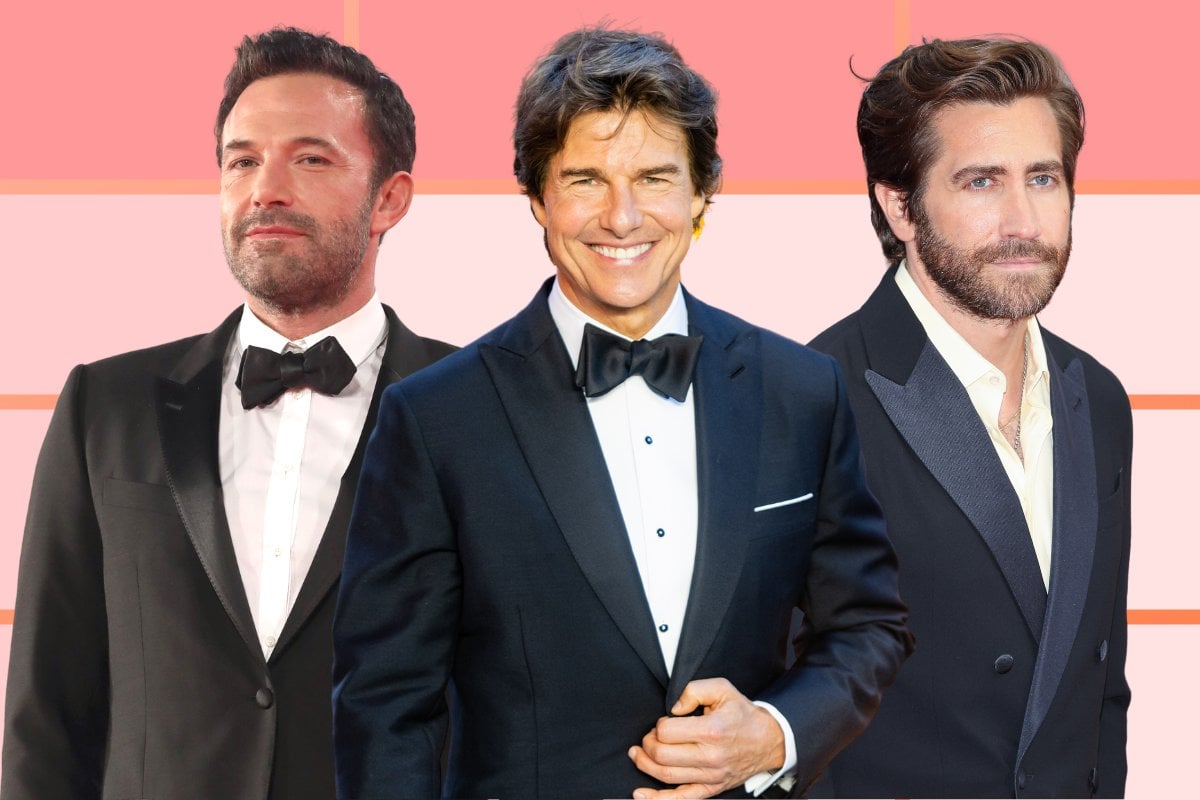 If you'd asked someone a few months ago who Tom Cruise is, they probably would have replied, "Isn't he that weird little Scientology guy who jumped on Oprah's couch?"

He was the stuff of meme dreams. Morosely staring out into the ocean, a towel wrapped around his middle-aged body, revealing a tattoo he definitely regretted. Standing outside on the pavement, sucking on a cigarette, wishing his life was one of those romantic comedies where he gets to travel back to his past and make a series of different choices.

And only nine months ago, Jake Gyllenhaal was that guy who messed around with Taylor Swift and apparently didn't bathe much.

WHY’D YOU KEEP HER SCARF, JAKE?

Now, Cruise and Gyllenhaal are two of the most bankable action stars of 2022 and Affleck is one half of Hollywood’s most nostalgic pairing.

Their stories are a masterclass in Hollywood comebacks, a 1-0-1 on how to turn an ageing Hollywood male celebrity's image around.

Cruise made his mark in 1986's Top Gun, in which he played the leather-jacket-wearing, motorbike-riding Maverick, who said things like "I feel the need... the need for speed!".

Later, he starred in "YOU CAN'T HANDLE THE TRUTH" AKA A Few Good Men, and by the time Cuba Gooding Jr told him to "SHOW ME THE MONEY" in 1996's Jerry Maguire, Cruise was one of the most bankable stars in Hollywood.

Add to that his marriage to tinsel town's golden girl, Nicole Kidman, and he was bona fide Hollywood royalty. Cruise and Kidman adopted two kids together before splitting in 2001.

Then in 2005, Cruise appeared on an episode of The Oprah Winfrey Show.

Wearing a black turtleneck and black pants, Cruise appeared noticeably more... excited than usual. A few minutes into the interview, he jumped onto the couch and announced, "I'M IN LOVE!"

He later went deep backstage and dragged his girlfriend of one month, Katie Holmes, onto the stage to kiss her. 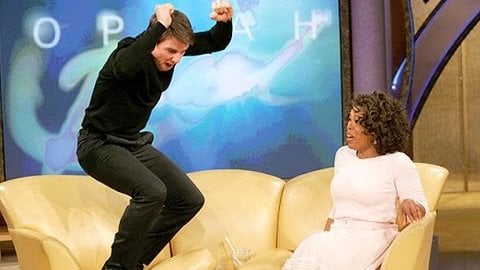 Suddenly Cruise was no longer the media-trained, old school Hollywood star we were used to. He was the guy who jumped on Oprah's couch over a one month relationship.

From there, things only went further downhill for Cruise.

He appeared on Australia's 60 Minutes, and became noticeably angry when Peter Overton asked him about his relationship with Kidman.

A few days later, he attended the War of the Worlds premiere in London.

He was being interviewed on the red carpet when the reporter suddenly squirted him in the face with a water pistol disguised as a microphone. At first Cruise appeared to laugh and then he angrily asked the reporter, "Now, why would you do that?"

A few days later, he sat down with Matt Lauer on Today.

Weeks earlier, Cruise had told Access Hollywood he thought Brooke Shields was "irresponsible" for using antidepressants to treat postnatal depression. "When someone says (medication) has helped them, it is to cope, it didn't cure anything. There is no science. There is nothing that can cure them whatsoever," he said.

During the interview, Lauer asked Cruise about his views on psychiatry.

He went on to say that psychiatry is a "pseudoscience" and "there's no such thing as a chemical imbalance".

All of these events took place over a four-week period, after which Cruise mostly slipped back into his old routine of being "Mr Hollywood".

But those four weeks followed him around for the next 17 years. For almost two decades, Cruise was the guy who jumped on couches and yelled at reporters. Despite his continued career success, he was a bit of a punchline.

The weird little Scientology guy who jumped on Oprah's couch.

Then, in May 2022, Top Gun: Maverick was released in cinemas. It was an instant box office success, loved by critics and audiences alike.

The nostalgia-filled flick was a reminder of Cruise at his best, long before he discovered his religion and jumped on couches. 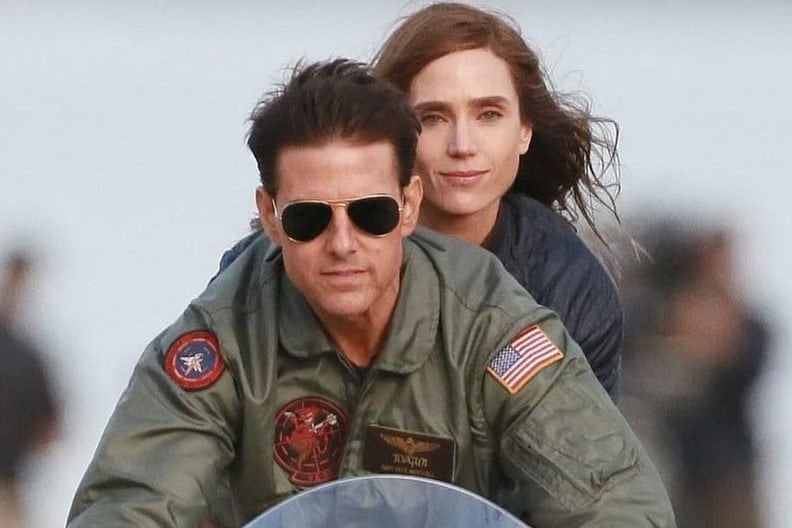 Cruise had made a movie that girlfriends could see with their boyfriends, and parents could take their kids to watch. Add to that his affable presence on the red carpet in Cannes and suddenly Cruise, the old school Hollywood movie star, was back.

And then there's Ben Affleck. Possessor of a great chin. Muse of many memes.

Most of us first came across Affleck (and his chin) in 1997's Good Will Hunting, which he co-wrote and starred in alongside his best Boston mate, Matt Damon.

While Affleck went on to star in a bunch of Hollywood blockbusters in the early noughties, it was his relationship with Jennifer Lopez AKA Jenny From The Block that really piqued our interest.

Those two crazy kids really knew how to sell a Hollywood romance. The matching tracksuits. The designer cars. The expensive watches. The yachts. The butt kissing on the yachts.

The couple later split up and Affleck married another famous Jennifer (Garner) and became a family man. In 2015, Affleck and Garner announced they were getting a divorce. Then Garner was photographed driving an inebriated Affleck to rehab.

Along came the 'Sad Affleck' era. Affleck, now entering middle age and losing roles to much younger men, was photographed standing on the beach in a towel, staring out at the ocean, a giant tattoo of a phoenix rising from the ashes on his back.

Then there was the photo of Affleck standing outside, smoking, exhaling, like it's all gotten a bit too much for him. And the photos of 'Sad Affleck' morosely walking around the streets of LA, carrying his Dunkin' Donuts order. Sad Affleck became a meme. A state of being. A reference point for someone hitting rock bottom.

In early 2020, just as everyone was entering lockdown, Sad Affleck began to bounce back. He was profiled in The New York Times, where he spoke openly about his past struggles with addiction and the mistakes he'd made.

The piece, and in turn Affleck, appeared incredibly self-aware about the actor's image problems and signalled his desire to turn his reputation around.

"Affleck plays a reluctant high school basketball coach with big problems — he’s a puffy, willful, fall-down drunk who blows up his marriage and lands in rehab. You read that correctly," the journalist writes about a third of the way through the profile.

About a year later, rumours began circulating that Affleck and Lopez were rekindling their romance. For a few months, their PR teams drip fed us tiny morsels of their blossoming relationship. 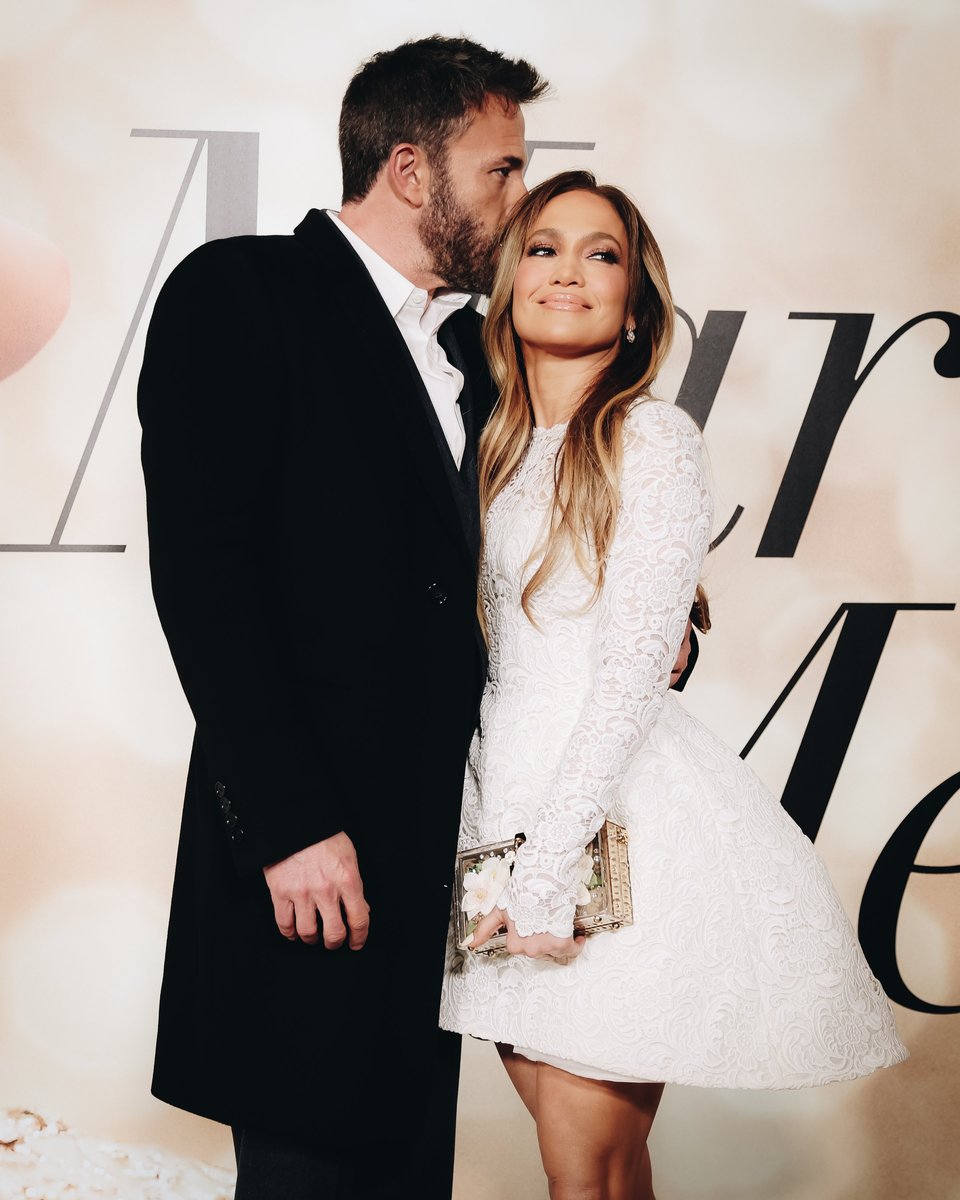 After a few more months, they went Instagram official (as the kids say) and then earlier this year, there was a bathtub engagement and a giant green diamond ring.

And suddenly, Sad Affleck was a thing of the past.

Finally, we get to Jake Gyllenhaal.

Gyllenhaal had less work to do to turn his image around.

After all, the actor's reputation only took a real beating in October last year when Taylor Swift released the 10-minute version of her single 'All Too Well', which is about her brief relationship with Gyllenhaal when she was 20 and he was 30.

Even Maggie Gyllenhaal began trending because Taylor apparently left her scarf at her place 11 years earlier.

For a few weeks, Gyllenhaal was the internet's number one enemy.

Throughout it all, he remained quiet, not rising to the bait.

Then in February this year, Gyllenhaal was profiled in Esquire. He came off as a goofy, sometimes laid back, mostly eccentric guy who really cares about his craft and was doing his best to deal with the fallout of being the internet's punching bag.

"I’m sure he’s as intense and serious and even wild as he’s so often portrayed. But it seems to me that the common story about Jake Gyllenhaal too easily conflates the man and his work, the actor and his parts. I spend only a day with him; what do I know? I know I see in him warmth and kindness and theatrical goof. And some of the testiness, too. He’s all those things and plenty else, wrapped into one complex package. Just like the rest of us," the profile read. 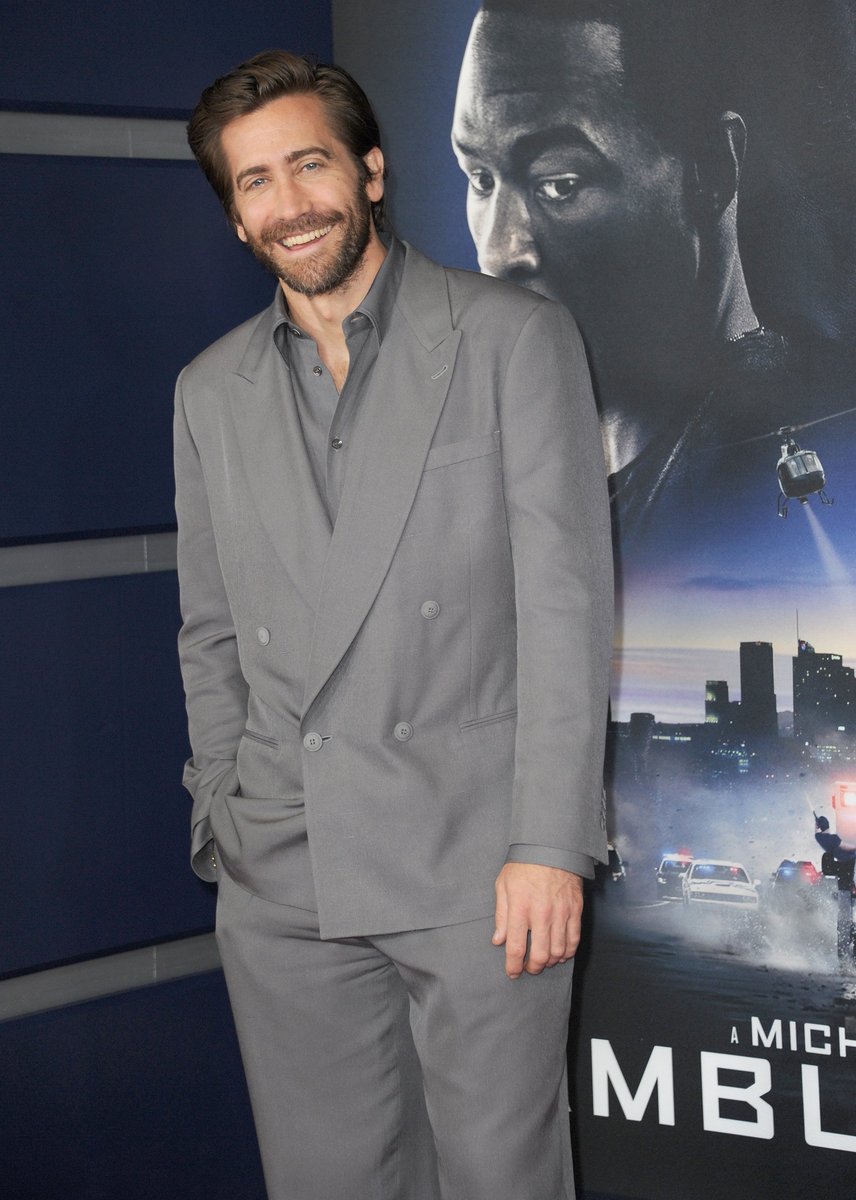 In March, his new Michael Bay movie Ambulance hit cinemas, in which he plays a fun villain.

With 'All Too Well' slowly sliding down the charts and the internet having moved on to its next target (and its next and its next), Gyllenhaal, the likeable but slightly odd movie star, was back.

Within the last 12 months, we've seen three male celebrities effortlessly turn their image problems on their heads and launch their own comebacks. They're not alone. Brad Pitt, Robert Downey, Jnr and Hugh Grant followed the same path before them.

If only it was that easy for women in Hollywood.

Reply
Upvote
1 upvotes
In fairness to Tom, his response to being squirted in the face during and interview was pretty mild. I’d do more than he did if it happened to me!  The rest, yes, completely loopy.

Reply
Upvote
It's a bit of a stretch including Jake in this list, isn't it? Tom's anti-psychiatry stuff is only the tip of the iceberg, you've left out the divorce from Katie Holmes and the fact that he apparently never sees his daughter, and the rest of the Scientology mishegoss. And didn't Ben Affleck allegedly cheat on Jennifer Garner with their kids nanny? Not sure why Jake had to do any "work" to rehab his image for... what, dating a woman for a few months, more than a decade ago? Not in the same league at all, imo.
News
General
Opinion
True Crime
Politics
Sport
Explainer
Entertainment
Celebrity
Reality TV
Movies
TV
Books
Rogue
Royal
Lifestyle
Beauty
Fashion
Weddings
Home
Wellness
Health
Fitness
Travel
Food
Family
Before The Bump
Pregnancy
Baby
Kids
Teens
School
Parent Opinion
Work & Money
Money
Finance
Career
Lady Startup
Relationships
Sex
Dating
Separation
Friendship
Family
Real Life
Couples