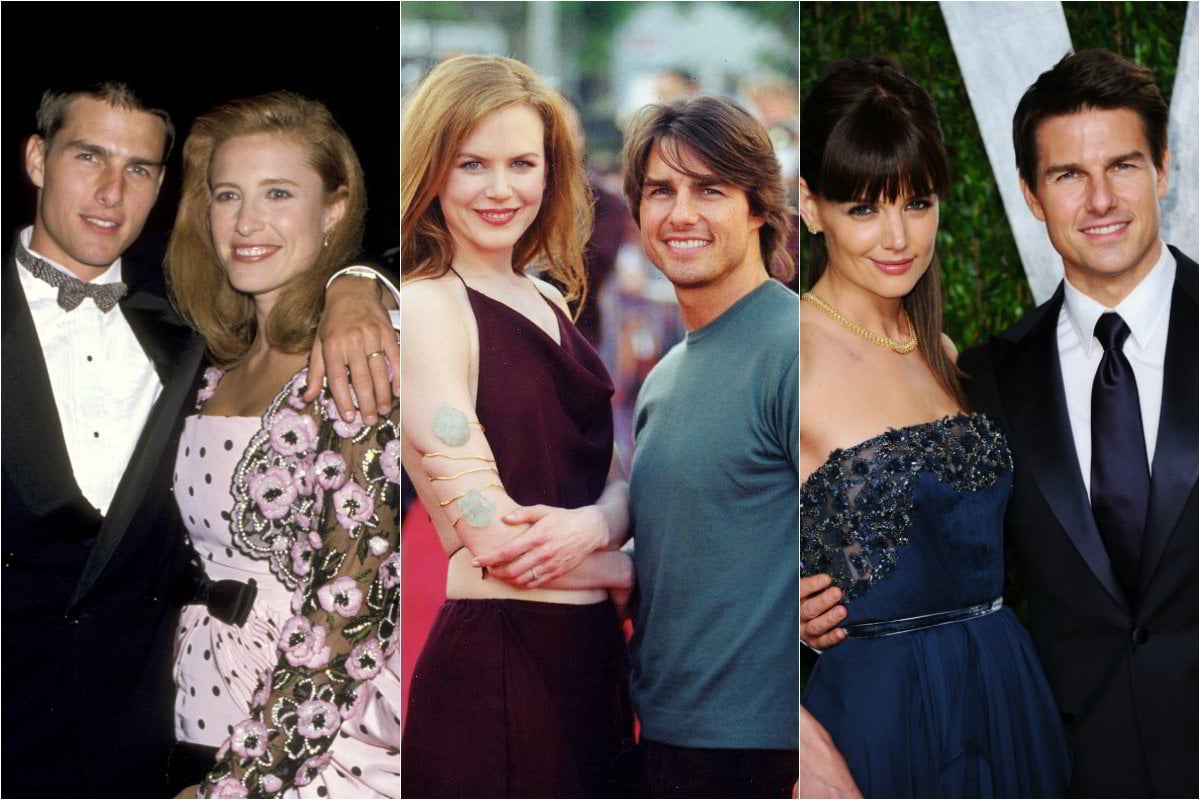 Forget 13, it’s the number 33 that’s proved to be unlucky for Tom Cruise.

Fans have noticed a curious pattern that has followed him through all three of his divorces.

His ex-wives, Mimi Rogers, Nicole Kidman and Katie Holmes were all the exact same age when they filed for divorce from the Mission Impossible actor – 33 years old.

The link was first identified in July 2012, just a few days after Holmes initiated divorce proceedings.

Here's everything we know about the '33 conspiracy', and how it links to Cruise's religion, Scientology.

Then, in the same year, Australian actress Nicole Kidman was just 23 years old when she married Cruise, after meeting on set for Days of Thunder. Together, they adopted their daughter Isabella in 1992 and son Connor in 1995. The high-profile celebrity couple split in 2001, just two months after renewing their vows on their 10th wedding anniversary. 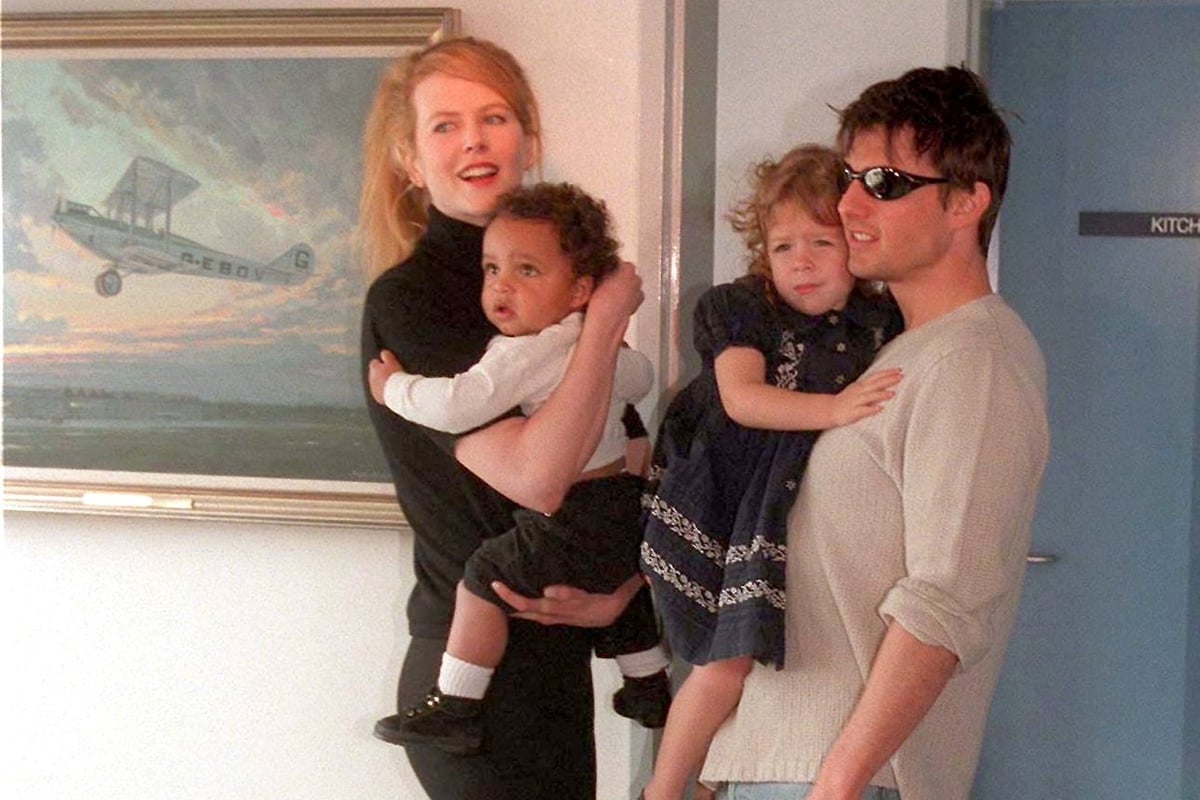 Nicole Kidman and Tom Cruise introduce their children Connor and Isabella to the media on January 24, 1996 at Sydney airport. Image: Getty.

Five years later, in 2006, Cruise married then-28-year-old Katie Holmes. The same year, they welcomed their daughter, Suri Cruise. When the couple announced their divorce in 2012, rumours quickly circulated that Tom’s belief in the Church of Scientology played a significant role.

Mimi Rogers, Nicole Kidman and Katie Holmes were all 33 years old when they filed for divorce from Tom Cruise.

Over the years, fans have speculated: Is this a mere coincidence, or is there more to it?

The role of Scientology.

Rumours have been rife Tom Cruise’s controversial belief in the Church of Scientology has played a significant role in his respective breakups.

For context, the Church of Scientology "is a religion that offers a precise path leading to a complete and certain understanding of one’s true spiritual nature and one’s relationship to self, family, groups, Mankind, all life forms, the material universe, the spiritual universe and the Supreme Being."

In 2012, former Church of Scientology executive Mark Rathbun confirmed the tension caused by Cruise's religion in his first two marriages. Rathbun told Vanity Fair: "There were allegations and counter-allegations about fidelity, but the central problem was Nicole did not want to deal with Scientology... I participated in the Mimi divorce and in the Nic divorce. Both women got cold on [the chief of the Church of Scientology, David] Miscavige. He was integral to the breakup of the marriages."

With confirmation that Scientology was partly responsible for the demise of Cruise's relationships, celebrity blogger Perez Hilton decided to take a closer look to see if there was any significance with the number 33.

The first Church of Scientology was established in Phoenix, Arizona, which lies on the 33rd parallel.

The 33rd parallel refers to the circle of altitude that is 33 degrees south or north of the Earth's equator. There are many conspiracy theories related to the 33rd parallel, including a number of UFO sightings and the location of John F Kennedy's assassination.

In numerology, 33 is also associated with the power of healing through love while people whose life path number is 33 are supposed to be totally selfless and love unconditionally.

Whether anything can truly be read into it is up to you, but it seems a rather compelling coincidence.

This story was originally published in September 2017 and has been updated on August 3, 2020.

It's latitude, not altitude.

Almost as silly as a Kardashian naked up a tree.