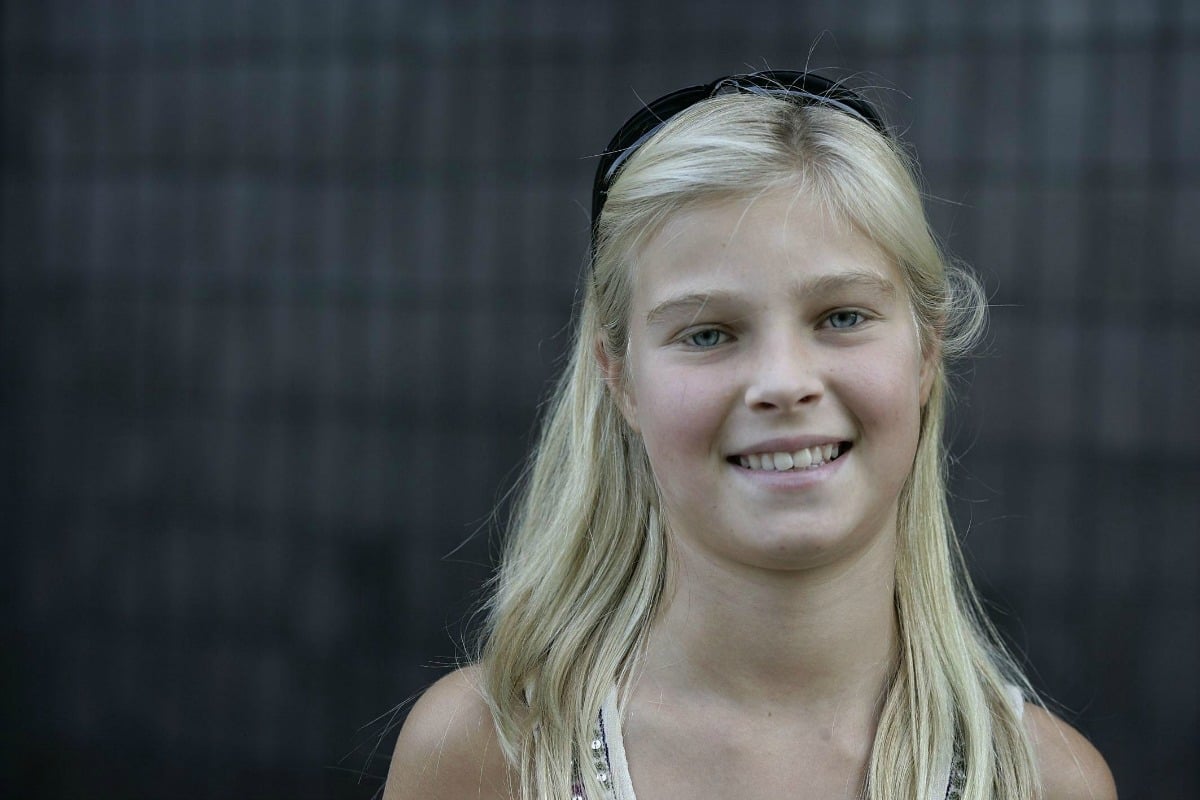 On Boxing Day, 2004, Tilly Smith and her family were enjoying an early morning walk along Mai Khao beach in Phuket, Thailand.

The family were on holidays from the United Kingdom and 10-year-old Tilly couldn't help but notice the receding shoreline, and the ocean frothing weirdly at the surface.

The waves weren't coming and going as they normally do at the beach, instead they were just coming.

WATCH: Tilly being interviewed by the UN. Post continues after video.

Two weeks earlier in a geography class in Oxshott, Surrey, Tilly had learnt about tsunamis.

The class had watched a black and white video of a 1946 tsunami in Hawaii, and standing on the shoreline of that beach in Thailand, Tilly was positive the warning signs were the same.

"It was the exact same froth... like you get on a beer. It was sort of sizzling," she told the United Nations Office for Disaster Risk Reduction. 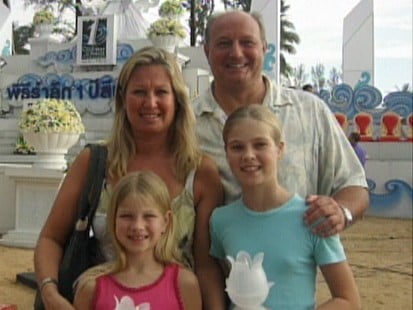 "Tsunami, there’s going to be a tsunami," she'd yelled at her family after she realised what was happening.

"My mum didn't believe me. She didn't react and just kept on walking," said Tilly.

But Tilly didn't give up, continuing to get more and more agitated as she screamed at her family to run. She knew there had been an earthquake offshore and that a tsunami would be next.

"I was screaming, ‘Please Mum, please come back with me...If you don’t...you won’t survive'" she later recalled.

Tilly's father, unsettled by his daughter's distress, eventually helped her alert guards and resort staff, who helped them clear the beach and get everyone inside the lobby.

"You'll probably think I'm absolutely bonkers but my daughter's completely convinced there's going to be a tsunami," Colin Smith had told them, as he later recalled to ABC News.

Penny Smith, Tilly's mother, was one of the last on the beach as a nine metre wave appeared and started hurtling towards the shore. 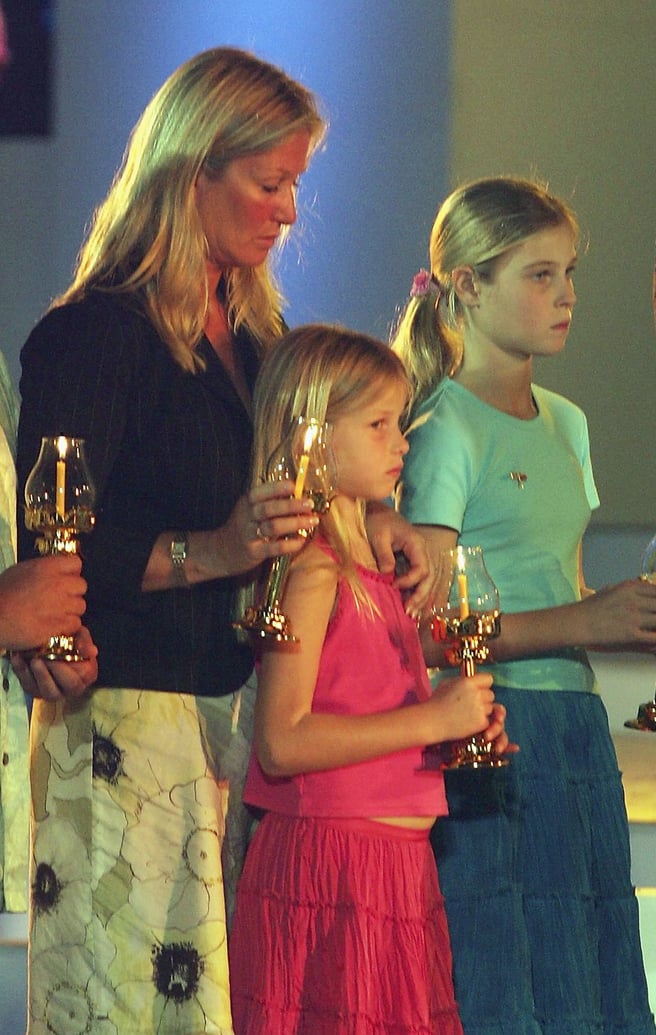 Tilly (right) with her mum and sister at the one year anniversary ceremony at Bang Niang beach, December 26, 2005. Image: Chris McGrath/Getty.

"Penny was running, screaming 'get the kids' and I looked around and the water was just coming out of the sea," said Colin.

The family, and the 100 other people who were on the beach that day, just made it to the second floor of the resort as the water slammed into the JW Marriott Phuket Resort and Spa.

Mai Khao beach was one of the few beaches on the island with no reported casualties.

'Angel of the Beach.'

Referred to around the world as the 'Angel on the beach' Tilly Smith went on to receive many honours for her bravery.

She was named Child of the Year by readers of a French children's newspaper, received an award of merit from the UK Marine Society and met former president Bill Clinton in his capacity as the United Nations Special Envoy for the Tsunami Recovery. 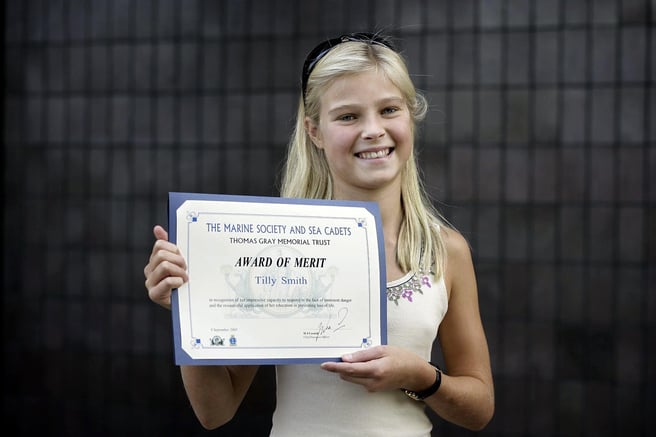 Tilly received the Thomas Gray Special Award for having saved the lives of about 100 tourists as a result of her actions whilst on holiday with her family in Phuket. Image: Edmond Terakopian/PA Images/Getty.

"Tilly’s story tells us about the importance of teaching young people about natural hazards” Clinton said. "All children should be taught disaster reduction so they know what to do when natural hazards strike. Tilly’s story is a simple reminder that education can make a difference between life and death" he added.

"If it wasn't for Mr Kearney, I'd probably be dead and so would my family so I'm quite proud that he's taught me that in the time that it was," Tilly told the United Nations. 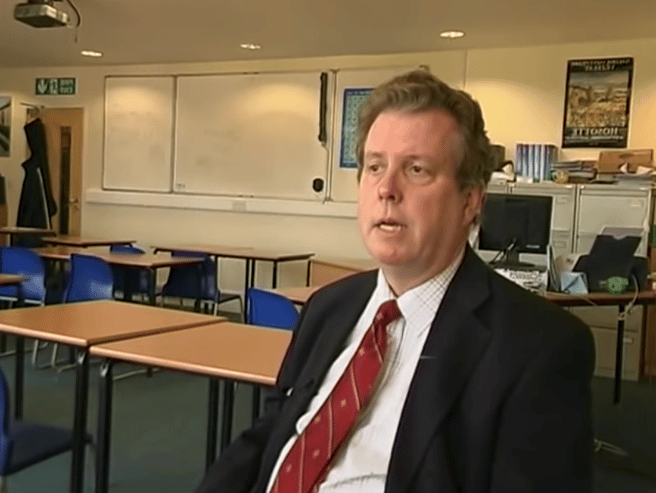 "The power of education is the difference between I suppose success and failure, or life or death in this case, and there is nothing to substitute it for. Without education, people are powerless and as can be see here it can be very powerful in terms of directing your own lives," said Mr Kearney.

227,898 people died in the 2004 Indian Ocean earthquake and tsunami which devastated the coastlines of 14 countries, making it one of the deadliest natural disasters in recorded history.

It began at 7:59am local time on December 26, when a 9.1 magnitude quake struck off the northern tip of Sumatra in Indonesia.

It lasted 10 minutes and caused the earth to vibrate up to one centimetre, displacing an estimated 30 cubic kilometres of water which started striking the coast of Sumatra 15 minutes after the earthquake. 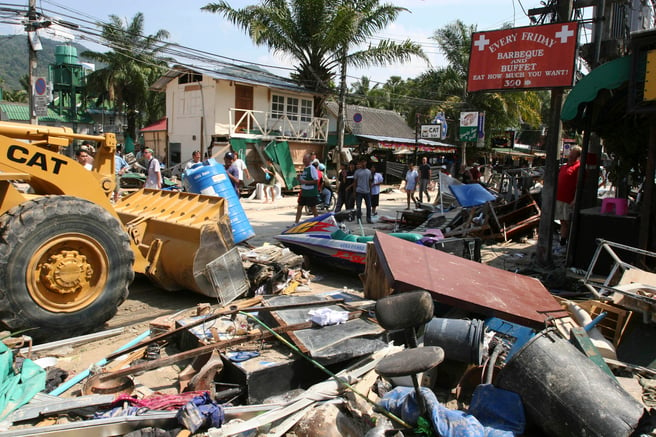 Tsunami devastation in Phuket, hit by the natural disaster during peak season while thousands of tourists were in the area. Image:Eye Ubiquitous/Universal Images/Getty.

Waves of up to 30 metres were recorded, with Indonesia the hardest hit nation.

The last victims of the disaster were killed nearly eight hours after the initial quake as rogue waves made their way all the way to South Africa.

Thousands of foreign travellers, including 26 Australians, were killed in the tragedy.

A decade on, in 2014, Thai police said they still had 400 unidentified victims. 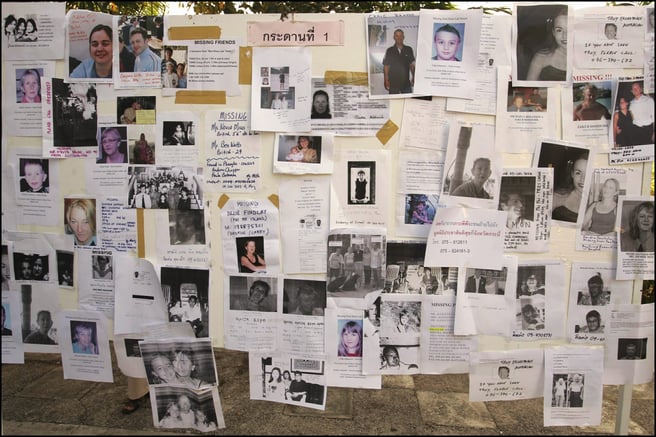 It took years to uncover missing persons, and in 2014 the bodies of 400 victims were still unidentified. Image: Patrick AVENTURIER/Gamma-Rapho/Getty

It has been 16 years since the catastrophic tsunami, and scientists are certain another large one is inevitable within the next few decades.

Like other countries ravaged by the disaster, Thailand is now linked to a tsunami detection system in the Indian Ocean that will alert them as soon as an earthquake occurs.

In 2004, only the Pacific had detectors of this kind.

Reply
Upvote
2 upvotes
This story should be better known!
K
km a year ago