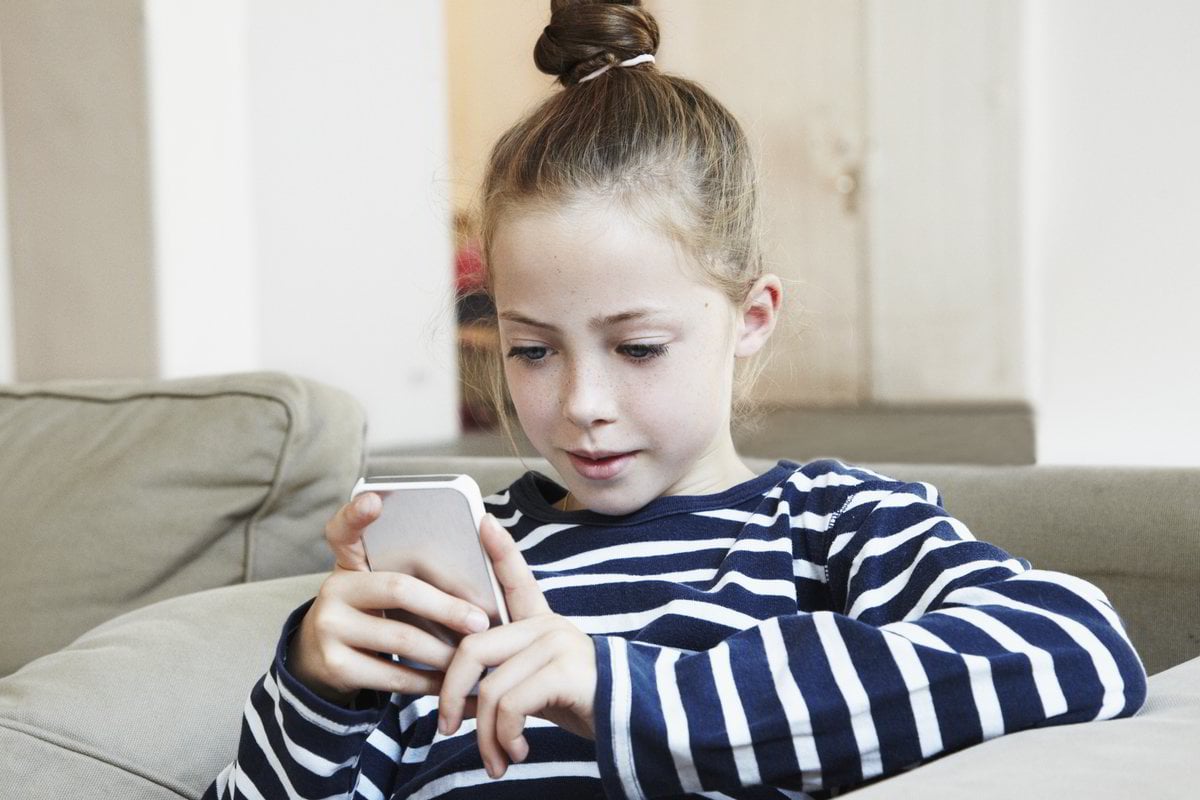 For 24-hour mental health crisis support, please call Lifeline on 13 11 14. A trained crisis supporter is ready to take your call.

If there was ever a time to reconsider children’s online engagement, it’s now. With last week’s invasion of TikTok by a graphic video of 33-year old veteran Ronnie McNutt broadcasting his self-inflicted death, even the most pro-tech of parents have cause to contemplate recalibrating their children’s digital lives.

Not another preachy mum! I can anticipate the objections from many, pointing out that this kind of online travesty is a ridiculously small percentage of otherwise broadly beneficial digital content that is making our world – and our children’s lives - better.

While no one can deny the convenience and creativity of our digital existence – and it’s difficult to imagine life without connectivity in a pandemic - I have an uncomfortable suspicion that when it comes to preserving childhood, the good things the internet delivers for our children are not outweighed by the bad. Although I don’t have a PhD to evidence this instinct, I do have lived experience as a parent of three, a twenty-year career in the not-for-profit sector including with mental health organisations, and my time to date as a volunteer Crisis Support Worker on a national suicide hotline.

This lived experience informs my lingering and uncomfortable suspicion that parents should be deeply worried by the Robbie McNutt viral video. It’s uncomfortable because, as a suicide prevention volunteer, I have come to learn that the contagion effect - where a number of connected suicides occur following an initial death – is real, and it’s much more likely to affect young people than older people.

It’s doubly uncomfortable because, if I choose to listen to what my instinct is telling me, the consequence might require behaviour change – for me and for my children – and we humans hate change. Faced with the discomfort of trying to shove the genie back in the bottle – by reducing my children’s screen time, enforcing new boundaries, enacting real consequences – renegotiating my children’s online engagement has often felt too hard. Not now, however; Robbie McNutt’s viral death by suicide means I can no longer simply hope that it’s all going to work out.

Please note: I’m not anti-porn, per se. Whatever adults choose to do by themselves or in a consenting interaction is entirely up to them. I am, however, anti-porn exposure for children because the overwhelming weight of evidence demonstrates that early exposure to pornography has absolutely no upside. Indeed, there are quite severe downsides - including strengthening attitudes of sexual violence against women, as well as stereotypes about gender, sexism, sexual objectification and violence-supportive attitudes.

Intuitively, parents know that children and young people aren’t equipped to handle the kind of rapid, intense and graphic exposure to pornography that’s only a Google search away. Yet many of us continue handing out smartphones to children aged eight and up, somehow expecting them to self-regulate against the powerful influences of addiction, their peers and predictive analytics. In my own case, I’ve also naively relied on family filters (which are routinely compromised by searchable ‘workarounds’ being discussed daily in playgrounds across the country) and simply trusted that inappropriate content will be captured before it arrives on my children's screens.

Reasoned observers and academics usually suggest that the best approach for parents, caregivers and teachers responding to children's exposure to any type of pornography – sexual or trauma-related - is to encourage open communication, discussion and critical thinking on the part of children, while simultaneously educating themselves about the internet and social media.

This is a time-intensive and nuanced process, which I fear is not enough. Should we hand out bottles of whisky to thirteen-year-olds while discussing the impact of alcoholism and suggesting they stop at their second glass? Should we sit eleven-year-olds in front of poker machines, pointing out that gambling is an addiction and advising they spend only spare pocket money for a friendly flutter? That kind of higher order self-regulation is hard enough to achieve in adults, let alone children.

Mia Freedman speaks to cybersafety expert Kirra Pendergast about how to keep kids safe online on This Glorious Mess. Post continues below.

I wish I had an easy solution. Discussion, open communication and critical thinking is certainly one part of an appropriate parental response to distressing digital exposures. Calls for social media platforms to be more accountable in removing disturbing content quicker make absolute sense, too. But personal and parental behaviour change – as unpopular and unpalatable as it may be – is also a key part of the solution.

The firmer the boundaries are around internet exposure in a family, the less likely it is that children will be exposed to the addictive, mood-altering and downright traumatising content increasingly dropping into their lives. Unfortunately that also means that parents have to be more involved. All of us have to spend more time – time we don’t necessarily have - making it our business to understand our children’s digital exposures, then negotiating and policing the parameters we set for them.

The internet is only thirty years old, social media twenty. In terms of historical rates of technological change, we’re living through a grand human experiment, the consequences of which are largely unknown. As the world evolves around us, it’s important to look at what the emerging evidence is telling us. If we refer to the data we already have, we parents may be forced to ask ourselves some tough questions.

The inevitable conflict associated with renegotiating our children’s digital lives will be worth it, I believe, if it results in preserving their childhood.

Fiona Higgins is a mother of three, a philanthropic adviser and an author of contemporary fiction. Her upcoming novel An Unusual Boy (October 2020) explores the complexities of parenting in an online world. For more, visit her website here.