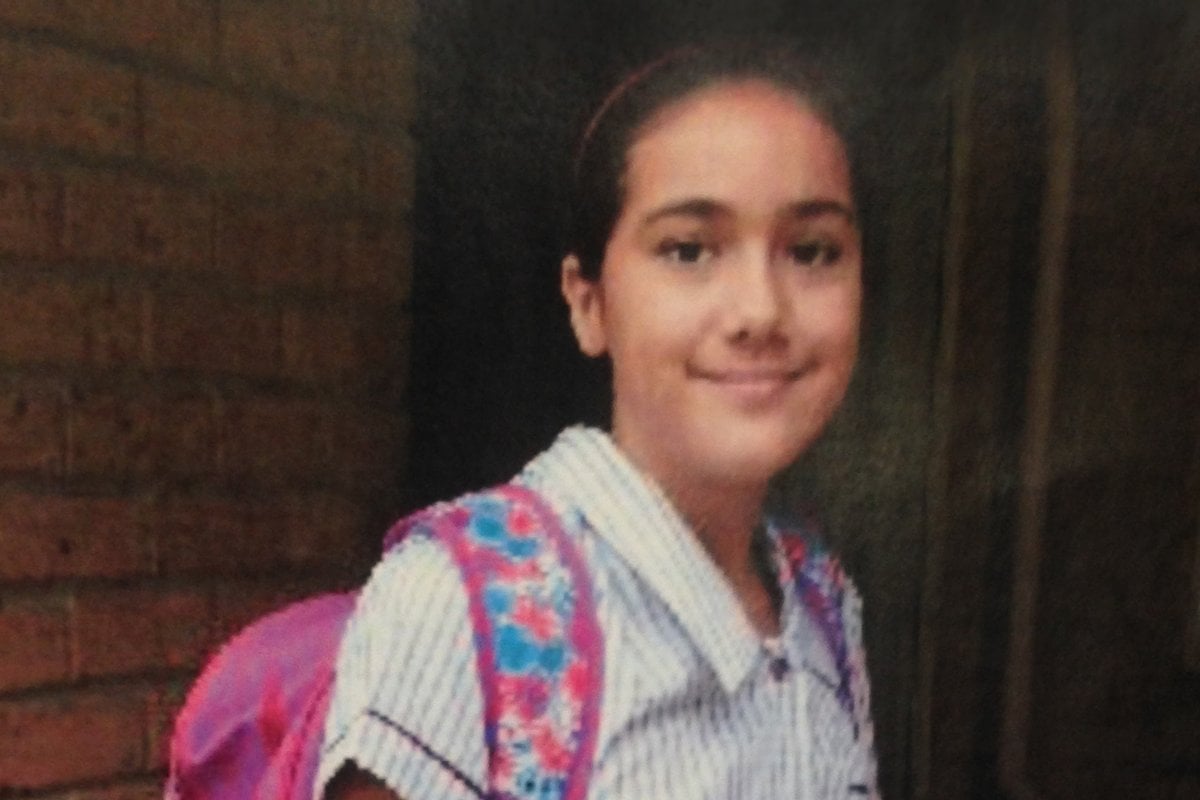 On November 5, 2015, Queensland Police appealed for public assistance to help find a Gold Coast schoolgirl, Tiahleigh Palmer. It had been six days since she'd last been seen.

According to her foster father, Rick Thorburn, he had dropped the 12-year-old girl off near the school gates of her high school in Logan, south of Brisbane. Tiahleigh, who had brown hair and brown eyes, was dressed in her school uniform according to Thorburn.

Just hours after police published the missing persons report, remains of a near-naked body - that was so decomposed police could not tell if it was a boy or a girl - was found about 30 kilometres south of where the Year 7 schoolgirl went to school.

A day later, police formally identified the body as Tiahleigh Palmer, who had been in foster care for the past 10 months. Her backpack and school uniform was missing. Police believed she had been murdered. 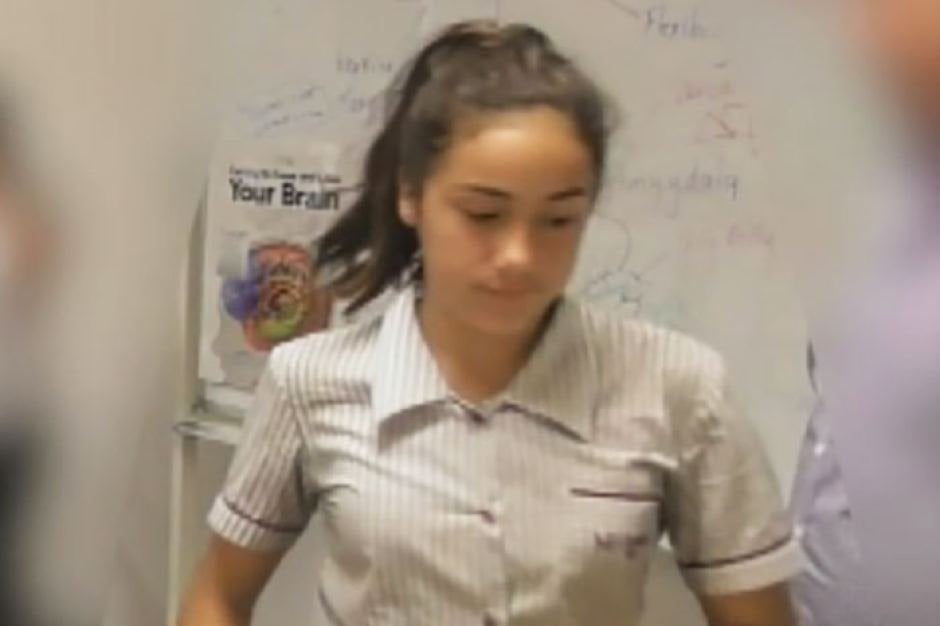 In September 2016, Tiahleigh's foster father Rick Thorburn was charged with murdering the schoolgirl on October 29, 2015 - the night before she was reported as missing. He was also charged with interfering with a corpse.

It was later revealed that in the hours before Tiahleigh died, she had been to a hip-hop dance class where she complained of stomach pains.

The day of the murder, Tiahleigh's foster brother Trent Thorburn confessed to his mother that he had committed incest against his foster sister and feared the stomach pains were a sign she was pregnant.

From 8pm that night, Tiahleigh was home alone with her foster father for two hours. She was never seen alive again.

Rick Thorburn told his family he'd "taken care" of the feared pregnancy of Tiahleigh and a family pact was made.

Julene later said in a court statement that Rick had told her: "Don’t ask any questions… try to be normal — the less you know, the better."

The statement also describes how Rick ordered his sons, Joshua and Trent, to go out and try to be seen by other people. When his teenage boys and wife returned the next day, he told them he had "taken care of it".

Thorburn pleaded guilty to murder in 2018 and was sentenced to life in prison. However, he never told police what happened the night of the murder. 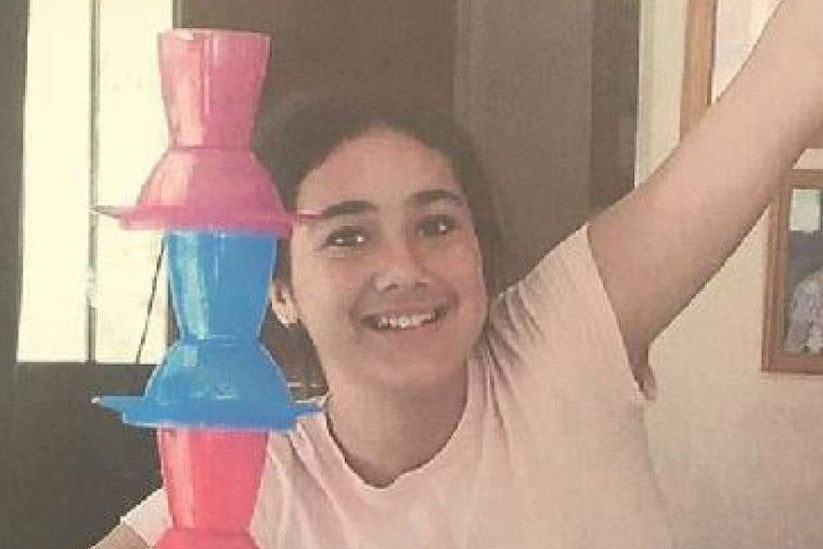 Tiahleigh Palmer was 12 years old when she was murdered. Image: AAP.

Now, nearly six years on from when the murder occurred, Thorburn has told a Queensland coroner's court how he "thinks" he killed his foster daughter, claiming he accidentally suffocated her when she tried to leave home after an argument.

The inquest into the 12-year-old's death was held last week to find out how Tiahleigh Palmer was killed and what her final moments were like.

Thorburn claimed that Tiahleigh packed a bag and was walking down the driveway when she started screaming at him. He grabbed her around the waist and put his hand over her mouth, he said, while dragging her back to the house. Tiahleigh had allegedly stopped responding by the time they reached the veranda.

According to AAP, Thorburn sobbed while reading a one-page statement in the Coroner's Court sitting in Brisbane last Tuesday. But when questioned about the admission and other allegations, Thorburn said he had no recollection.

"You can make up any story you like," he told counsel assisting the coroner Kate McMahon while threatening to leave the proceedings. "I don't give a f***."

Thorburn said he had no recollection of being told by his wife Julene on the day Tiahleigh died that his son had committed incest against the 12-year-old.

But Detective Senior Sergeant Chris Knight, who was involved in the investigation, said he "struggles to believe" Thorburn's account of accidentally killing Tiahleigh.

Trent and brother Joshua Thorburn told the inquest they understood Tiahleigh was killed because of the illegal sexual encounter.

Asked whether it was fair to say Thorburn killed the girl because he feared his son would go to jail, Trent Thorburn said he didn't remember his father saying that, but "that has just been my overall guess".

"He's my father and I believe that he would do anything to protect his family," Trent Thorburn added.

Julene Thorburn told the inquest her husband never discussed how he killed Tiahleigh.

"All he ever said to me was ... 'what you aren't told, you can't repeat', so he never told me anything around the circumstances of anything on the night," she said.

She said Rick Thorburn was concerned about their son going to jail, but when she returned home on the day Tiahleigh died her husband simply said she was no longer with the family.

Julene Thorburn said the process had been "long and drawn out" for her family, but she was prepared to answer any questions she could.

"There's not a day that goes by that I don't remember everything about having Tiahleigh with us," she said tearfully. 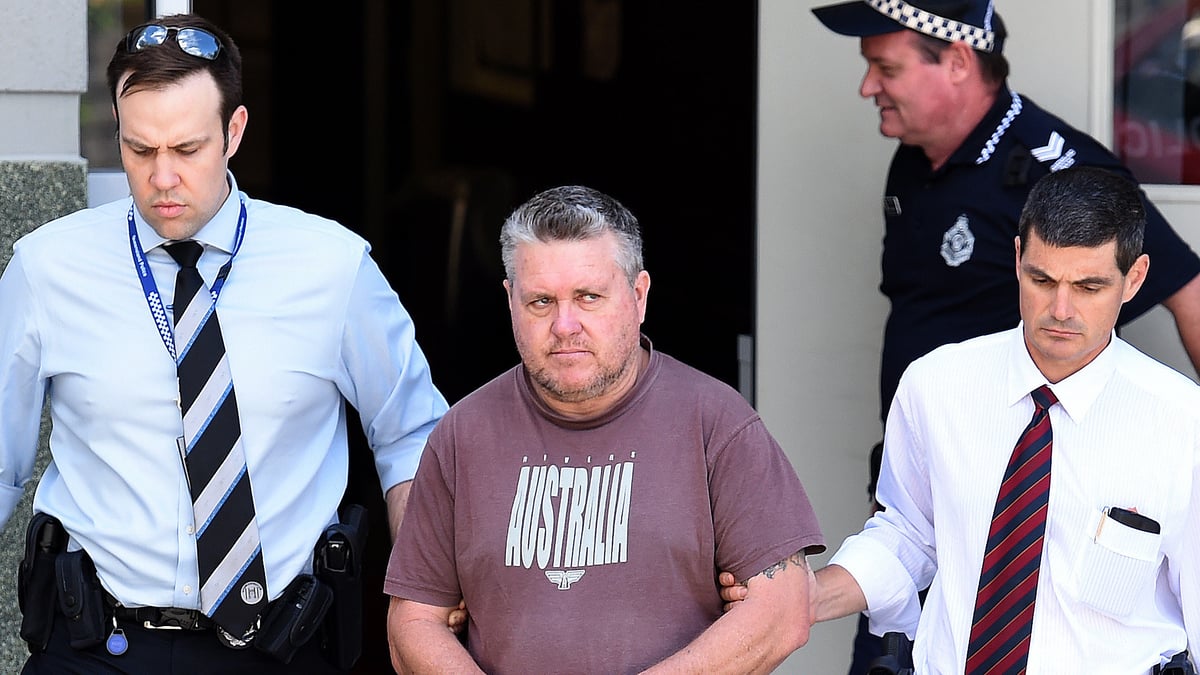 Rick Thorburn was sentenced to life in prison for the murder of his foster daughter, Tiahleigh Palmer. Image: AAP.

On Friday, the coronial inquest found that Tiahleigh's cause of death was either deliberate asphyxiation or choking at the hands of her foster father.

Deputy State Coroner Jane Bentley rejected Thorburn's claims that he accidentally killed the 12-year-old girl, saying that "he did so deliberately".

"The most probable reason that Mr Thorburn killed Tiahleigh was the reason he gave to his family – he killed her to cover up the fact that Trent had been abusing her in an effort to protect Trent from being convicted of incest and imprisoned," the coroner’s published findings read.

During the inquest, the coroner also considered the possibility that Thorburn had killed Tiahleigh to cover up his own sexual offending against his foster daughter, but found the evidence "insufficient" to draw a conclusion.

“Another possibility is that Richard Thorburn was himself having a sexual relationship with Tiahleigh and, when he found out that she had disclosed sexual activity with Trent, was concerned that his own behaviour with her would be revealed," Ms Bentley said.

“In considering this possibility I note that Richard Thorburn had a predilection for young girls… The circumstantial evidence is insufficient to allow me to draw that conclusion."

In handing down her findings, Ms Bentley said: "I find that Mr Thorburn is completely without remorse… It is clear that he perceives himself as being unfairly dealt with and victimised by the media and public opinion, as does Ms Thorburn."

The coronial findings also revealed that the couple had requested to care for foster children with "high and complex needs", which is compensated at a higher rate between $960 to $1,400 per fortnight.

Tiahleigh had been found to have "high and complex needs" with "many challenging behaviours" when she was placed with the Thorburns, who did not provide an explanation for their request.

"The initial Foster Care Agreement noted that the Thorburns both feel that they have the capacity to care for child/children displaying a range of high to complex needs’," the report stated.

"Mr and Mrs Thorburn expressed to… staff that they wished to care for any child with high or complex needs, and this included children with highly sexualised behaviours, however explanation for this desire was at no time provided by the Thorburns or requested by the agency."

While the report found that the couple didn't provide a reasoning, both Mr and Mrs Thorburn told assessors they had a "history of struggling financially".

"In itself financial concerns should not, and would not raise suspicion to relation to motivation to provide foster care. However, viewed in the context of carers who, without adequate reasoning, outlined they only wished to care for children with high or complex needs, it would have been expected that this motivation be fully investigated by the foster care agency," the report found.

Reply
Upvote
7 upvotes
It breaks my heart that some children are subjected to such a traumatic life. This poor girl wasn't safe in her birth home and is then not safe in a foster home. This "family" are nothing short of evil in my opinion. They were given the privilege of giving this child a safe home and they  did the exact opposite!!