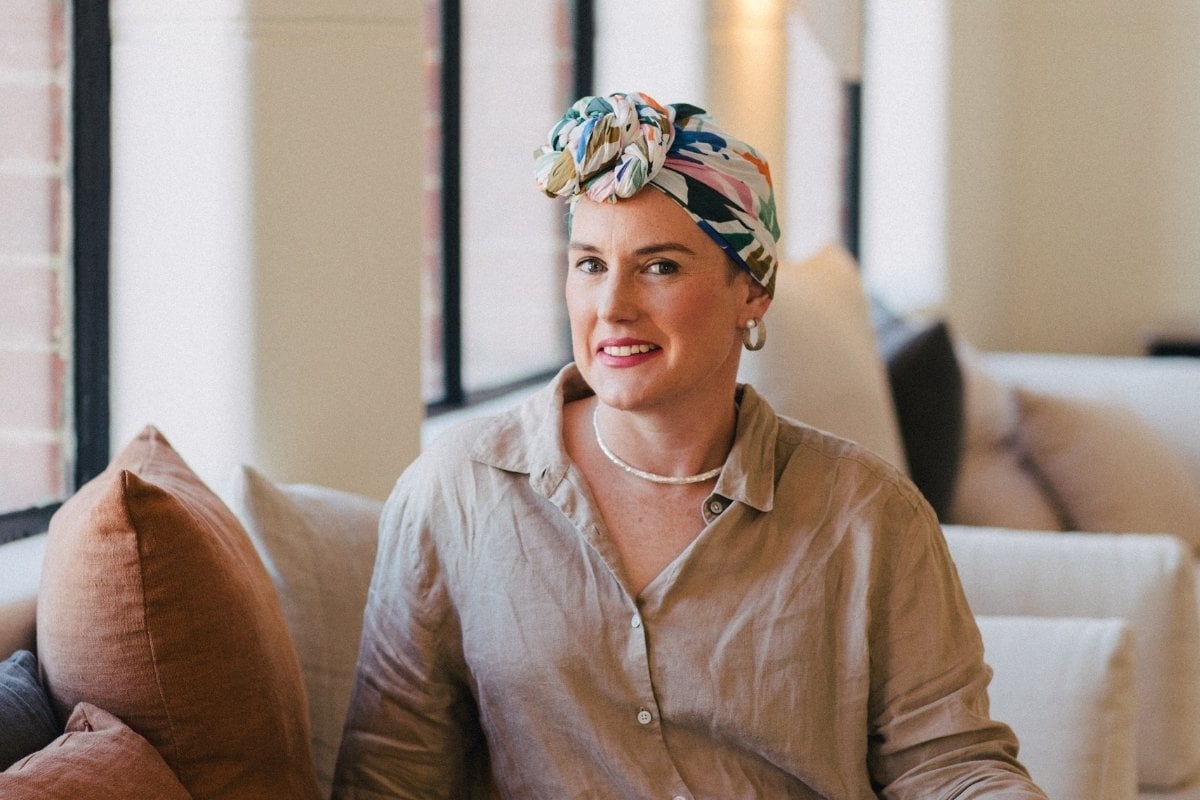 As a child, Laura McConnell Conti was raised not to trust outsiders.

Even at school, she knew to keep to herself, not to play with or dress like the other children in her western NSW farming town. She'd been convinced that, no matter how kind or good they seemed, they would only attempt to 'put the devil' into her heart.

Laura had little in common with her classmates, anyway. She didn't listen to music or watch television. She didn't read magazines or dance or play sport. All of that was forbidden.

"I didn't even really care at the time. I believed, like my community, that these things are put [in front of you] to be a temptation, and that you mustn't give into them," she told Mamamia. "That suffering is your way."

Laura's world was instead confined to her extended family and the fundamentalist Christian sect to which they belonged.

This sect doesn't have a sole leader, or headquarters. It doesn't even have a name. It's often referred to as 'The Truth' or 'Two By Twos' or 'Friends and Workers' by members, who are numbered in the hundreds of thousands, primarily across Australia, Europe and the United States.

Laura's family had been part of the sect for at least four generations.

"My particular branch of the group has quite a large following in regional Australia, because they can operate fairly autonomously. They can run their own businesses, their own farms, and not really come into contact too much with mainstream society," she said.

Laura and other former members have described the sect's teachings as being based on interpretation of particular sections of the Bible. There are reportedly clear expectations about dress and behaviour. There is, for example, said to be a preoccupation with female modesty that sees women made to wear floor-length dresses and banned from having short hair.

Leadership is provided by 'Workers', who are senior members of the community equivalent to, say, a pastor or priest. But otherwise, the structure is bare-boned. There is no text capturing the group's doctrine, nor are there churches or permanent places of worship (in the eyes of the sect, to erect and revere such a building would be to worship a false idol and to distract oneself from proving one's worth to God and Jesus, Laura explained).

Instead, members gather twice weekly in each other's homes: once on Wednesday night, and once on Sunday morning.

Laura, who will speak more about her experience on Tuesday night's episode of Insight on SBS, recalls those meetings as "not very joyous".

"There is a lot of focus on being very formal and being very devout," she told Mamamia. "My group, in particular, were very obsessed with how much suffering they were going through, in order to prove their worthiness and their godliness. It wasn't a happy experience."

Still, being raised away from the trappings of pop culture and surrounded by cousins and a tight-knit community wasn't all bad, Laura stresses. As a small child, she found it to be "a very nurturing, very loving environment".

It was only as she grew older, that she began to feel the weight of conformity.

Listen: A survivor shares how people get sucked into cults, why they stay and what happens when you want to get out. (Article continues below.)

"Children are seen as an extension of their family's piety and their family's godliness. So not only are you under pressure from your family, but you're also conscious that you're being looked up and down by other members who are judging you and your parents. Wearing the right shoes and the right length dress and having your hair the right way, not looking too worldly and not speaking too loudly, and being godly enough — it's a full-time preoccupation," she said.

"I felt that there wasn't really a place for asking questions and getting answers or thinking differently. It was a very black and white view of the world."

By the time Laura was in her mid-teens, the whispering questions she'd long had in her mind about the group's methods grew louder and louder.

Laura says her female cousins were pushed into teenage marriages. That she witnessed domestic violence and coercive controlling behaviours behind closed doors.

"Like most people, I believe, inside this group, my family lived very complex double lives," she said. "There was a lot of abuse. There were a lot of things that were said and were done that didn't line up with my interpretation of the Bible, and my interpretation of what spirituality was, and what goodness was and what other people would call 'Christian behaviour'. It just gradually crumbled for me."

Not quite freedom: Laura's path out.

When Laura moved to Melbourne at the age of 18 to pursue a university education, she fully intended to remain in the sect.

But when she arrived, she found herself treated coldly by its Melbourne branch. They seemed to avoid speaking with her or including her. During a ritual in which members would shake hands with one another at a weekly meeting, they seemed to dodge her or back away.

Laura suspects class played some role. While her floor-length dresses were homemade, Laura quipped that the women of this urban branch bought theirs from Country Road.

But much like her group back home, they also seemed to disapprove of her lifestyle.

"They didn't know what to do with me. I mean, how do they explain to their children and their young women that this woman has decided she wants to go to university, and she wants to get an education, and she's not married, and she's living here on her own?"

One day after a Sunday meeting, she waited for her tram in pounding rain and watched as several members drove past her, pretending they couldn't see her standing there, soaked.

"Something in my head just went, 'This is not right. You don't want me. You just don't do that to somebody from your own community. That's not Christian behaviour. They're not good people.' And I made this sort of snap, rash decision. I just said [to myself], 'That's it. I'm not doing this religion anymore. I don't fit in.'"

Despite pleas from her family, Laura simply never went back to another meeting. The shame that brought upon them saw her shunned.

That was two decades ago now, and she still has very limited contact with her loved ones and her community; the only one she'd ever known.

Tonight on #InsightSBS we find out what it's like to be the odd one out and stand out from the crowd.
Watch it from 8:30pm onwards on SBS or On Demand. pic.twitter.com/8XcacXUcwq

The adaption to mainstream society has been difficult for Laura.

There was (and still is) the unique grief of being cut off from her family; the struggles of building a life with no money or support; the huge gaps in her knowledge about seemingly everyday things.

The social struggles were immense, too.

Laura had rarely had to ingratiate herself with strangers before; she was private, guarded, even wary. She particularly didn't know how to talk about her family and her background, how to explain why she didn't know anything about Seinfeld or sport, or why she didn't have anywhere to go for Christmas lunch.

She'd often rely on half-truths about growing up isolated in the country. And when she did open up about the sect, she said she felt that people thought she was lying. There is, after all, little awareness that fundamentalist religious groups such as 'The Truth' exist in Australia. 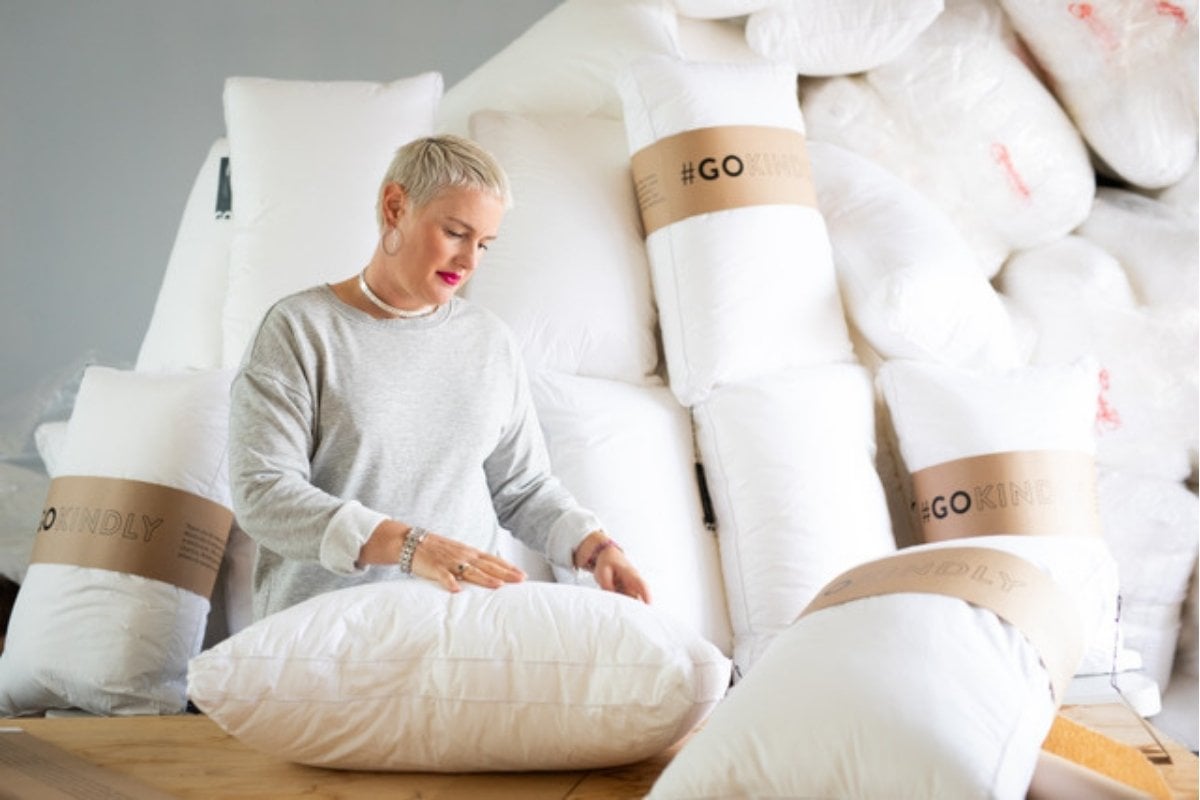 Laura is at the helm of social enterprise company, #GoKindly. Image: supplied.

The life Laura created is a good one, a happy one.

She has close friends, a husband and a child. She has earned multiple degrees and qualifications. And after more than a decade working in finance, now runs her own social enterprise, #GoKindly — a bedding label that donates 50 per cent of profits to supporting women experiencing homelessness and housing stress. (It's a nod to her time relying on food banks and charities after leaving the sect as a 19-year-old.)

She's grateful for it all. But she doesn't describe her current life as 'freedom' from the sect, or from her past. In her view, there's no such thing.

"I think you're constantly aware that you don't have a family, that you've lost a lot, and that you will never quite fit... You feel like an outsider forever," she said.

You can hear more from Laura and others on Odd One Out tonight on SBS Insight at 8:30 p.m.

M
moonlight a month ago