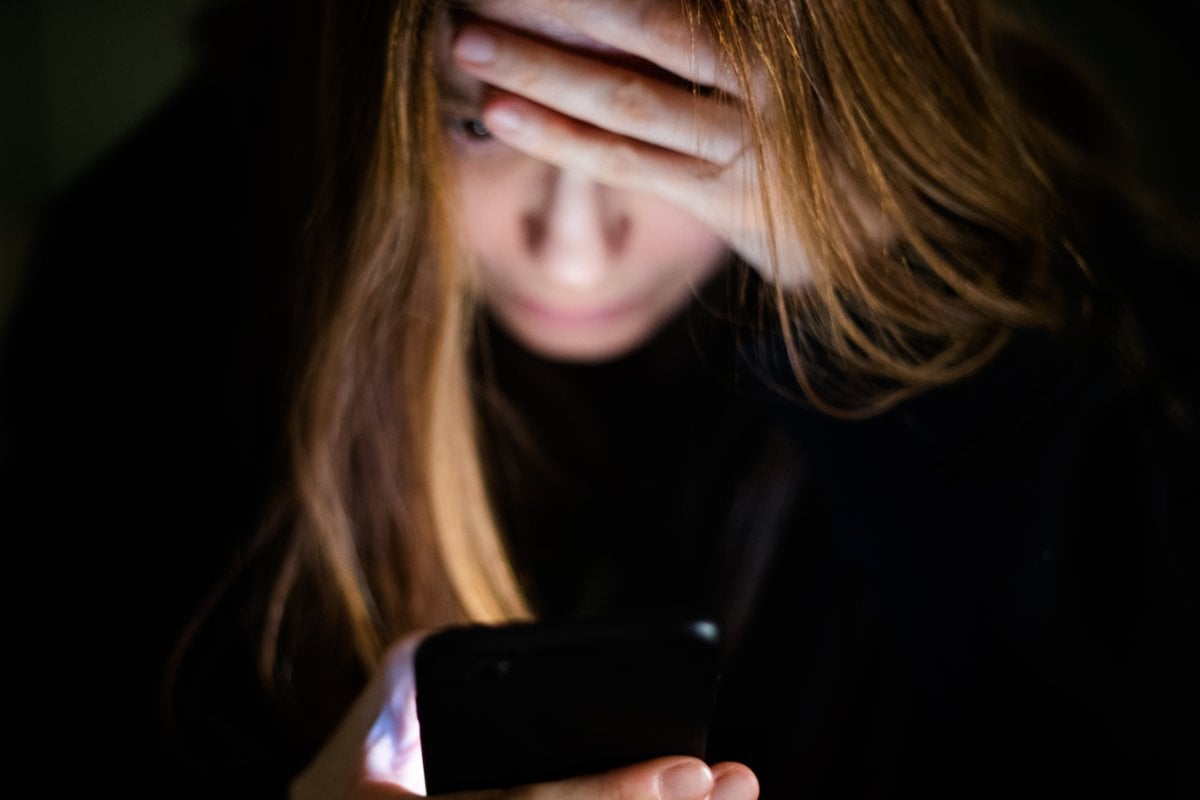 Coercive control is a term you may be hearing a lot of lately, as Australia moves to criminalise this form of abuse. As our awareness of abusive relationships continues to expand you might find that you, or someone you love, is experiencing coercive control – or have in the past.

Often brushed off as ‘not that bad’ due to its non-physical nature, coercive control begins with seemingly small behaviours; a sprinkle of jealousy here, and a bit of silent treatment there.

Watch: Women And Violence: The hidden numbers. Post continues below.

In fact, in many cases where a woman is killed by a current or former partner, coercive control has been used prior to, or in conjunction with physical abuse.

Coercive control is predominantly seen in intimate relationships, with the goal being to micro regulate the victim and isolate them from sources of support.

In a nutshell; it’s hideously toxic. I know, from my own experience, that you begin to doubt your own reality, your other relationships and your ability to do anything ‘right’.

Your self worth becomes non-existent, which is exactly what abusers thrive off. That being said, here are four common signs of coercive control to listen out for:

1. “Who are you dressing up for, going out like that?”

This one hits two birds with one sharp stone; isolating you from your friends and controlling your clothing choices.

This is usually paired with the silent treatment, and over time you change how you dress to suit and eventually stop going out altogether to avoid the conflict that ensues.

You become isolated from your friends and family, further increasing the dependence on your partner.

Financial control is far too common, often playing off the already vulnerable position women are placed into when they have children.

This type of coercive control utilises guilt, shame and gaslighting to manipulate you into feeling as if you’re in the wrong to ask for money – despite all the free labour you provide at home.

3. “You had a great time tonight didn’t you!? Flirting with everyone...”

Irrational jealousy when you spend time with other people, especially men.

This is again usually paired with the silent treatment to corner you into apologising, despite having done no wrong, and again isolating you from outside relationships.

Being guilt-tripped, tricked or pressured into sex is sexual coercion - and is not okay, ever.

If any of these scenarios seem familiar to you, please seek help immediately and begin planning a safe escape.

A proud survivor of domestic violence, sexual assault and resulting mental health challenges, Vanessa Haldane is leading the conversation on why rediscovering one’s self worth is the key to leading a happy and fulfilling life. You can find more from Vanessa Haldane on the Journey To Worthy website, on Instagram, or listen to her full story on her podcast.