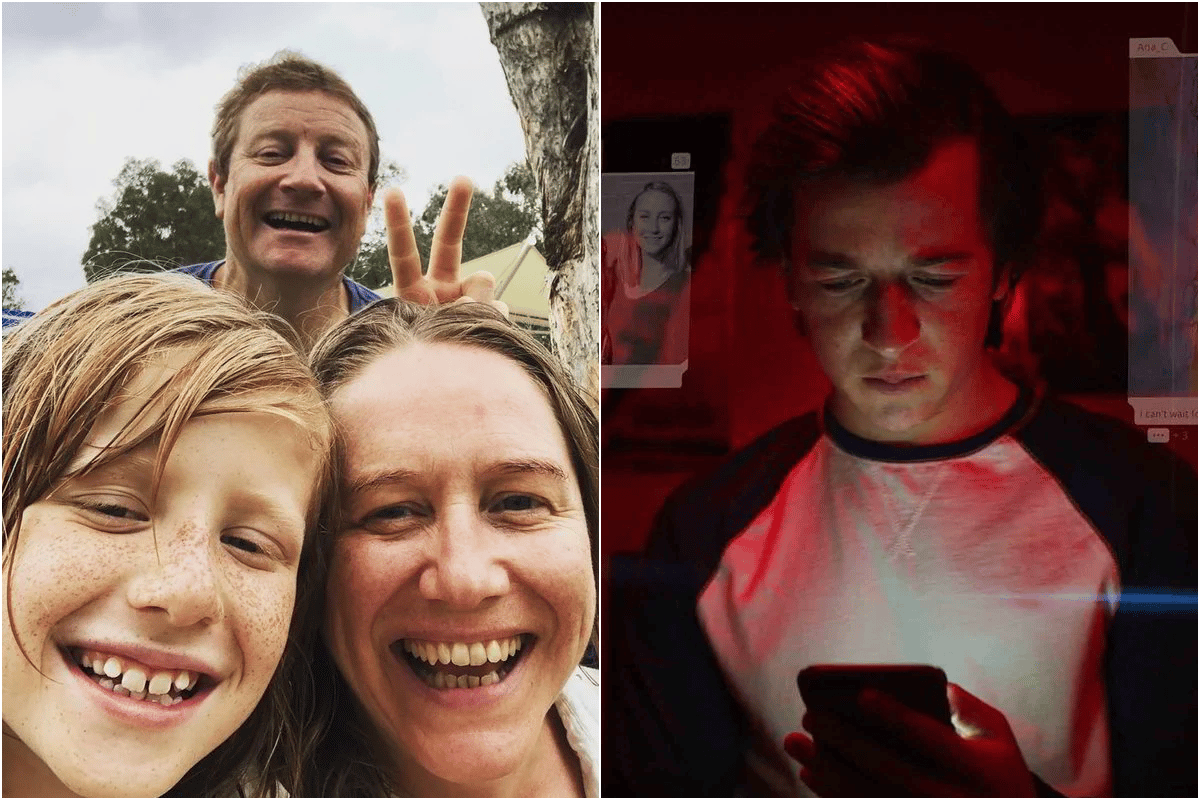 Are you holding a smartphone in your hand right now?

Is your toddler looking at the iPad? Your tween nagging you to hand over your phone? Your 8-year-old son staring intently at your laptop?

Do you have boundaries about your kids' screen time, but frequently break the rules because:

a) You want more peaceful screen time of your own?

If yes, then you have to watch the new Netflix doco The Social Dilemma.

Watch the trailer for The Social Dilemma. Post continues below.

Unless you want to keep hold of your sanity in a strange time. Then, maybe watch that film about the friendly octopus instead.

The Social Dilemma is a documentary that features lots of smart young(ish), (overwhelmingly) men who used to work for the big tech companies, spilling the secrets of the various algorithms they invented.

It's not boring. It's confronting, difficult, in some ways, reassuring stuff.

For a start, the blokes on The Social Dilemma tells us it's not our fault we're all addicted to our phones. The people designing our smart devices and the apps they carry are geniuses, writing code that is smarter than we are, smarter even than they are.

We are powerless in the face of this level of sophistication.

“Never before in history have 50 designers – 20 to 35-year-old White guys in California – made decisions that would have an impact on two billion people,” one of the show's main commentators, Tristan Harris, says.

Tristan, who used to be something called a Design Ethicist at Google, blew the whistle on the evil potential of the tech he was helping to build, and now runs the optimistically-named The Centre For Humane Technology.

He makes terrifying observations like this: “Two billion people will have thoughts that they didn’t intend to have, because a designer at Google said, ‘This is how notifications work on that screen you wake up to in the morning.'”

Our apps have been designed to tempt and trap us, and they are better at doing their job than we are at resisting them.

The Social Dilemma also shows us, in stark dramatised reality, the effects of social media addiction on a young girl.

It's at this point that I went to my window and threw my phone out of it.

JKS. I would NEVER throw my phone out of a window, because I am addicted to it. It is bigger than me (see above).

No, it was at this point that I picked up my phone and tried to self-soothe by looking at Instagram.

Because the overwhelming statistics about the correlation between young girls discovering social media and their rising rates of mental health issues are just impossible to argue with.

I have a daughter who's right on that cusp. If she was allowed a phone of her own, she'd be on it all day. Already, some of her friends have WhatsApp groups, and when I don't let her join them on my phone, I feel a pang of guilt that somehow I am forcing her to miss out on an important friendship milestone. That she'll feel left out when she gets to school and knows that conversations were pinging around behind her back.

She would love to be "making TikToks" for eight hours a day. I deleted it from my phone last week and she's asked me when it's coming back every day since.

When she sees me scrolling through Instagram, she urges me to be generous with my likes. "It makes people feel nice," she says. She instinctively knows that.

So it's begun, in my house. And I have been interviewing experts on kids and screen time and self-esteem forever, and I know how dangerous it can be for a vulnerable kid's self-esteem.

Hell, it's dangerous for ours. Adults struggle with being addicted to the validation that social media likes and shares give us. How would we ever imagine that children would be equipped to handle it?

One of the particularly cruel things about a documentary like The Social Dilemma is its timing.

This year, kids have spent more time on their devices than ever before.

In the face of a global pandemic (the doco spells out quite plainly how good the internet is at spreading misinformation about our plague, and why your auntie thinks COVID was deliberately let loose by a trained bat in central China), lockdown life is testing the best of us.

When kids have lost school and sport and birthday parties, screens are the last of the sanity-saving treats.

Parents who need to work while their kids are only feet away from them know that iPads have never been more essential items.

So there's an enormous temptation to disregard a pious TV movie pointing out we're all sleep-walking towards oblivion, handing over our very humanity in return for little love-heart Likes and faceless follows.

But perhaps this global collective moment of WHAT DOES THIS ALL MEAN is exactly the time to re-examine our relationships to our phones. And our kids' dependence on them.

This story first appeared in Holly Wainwright’s weekly newsletter. Sign up for her weekly newsletter For Humans With Kids, where Holly shares her parenting nails and fails, and stories from the glorious mess that is family life.