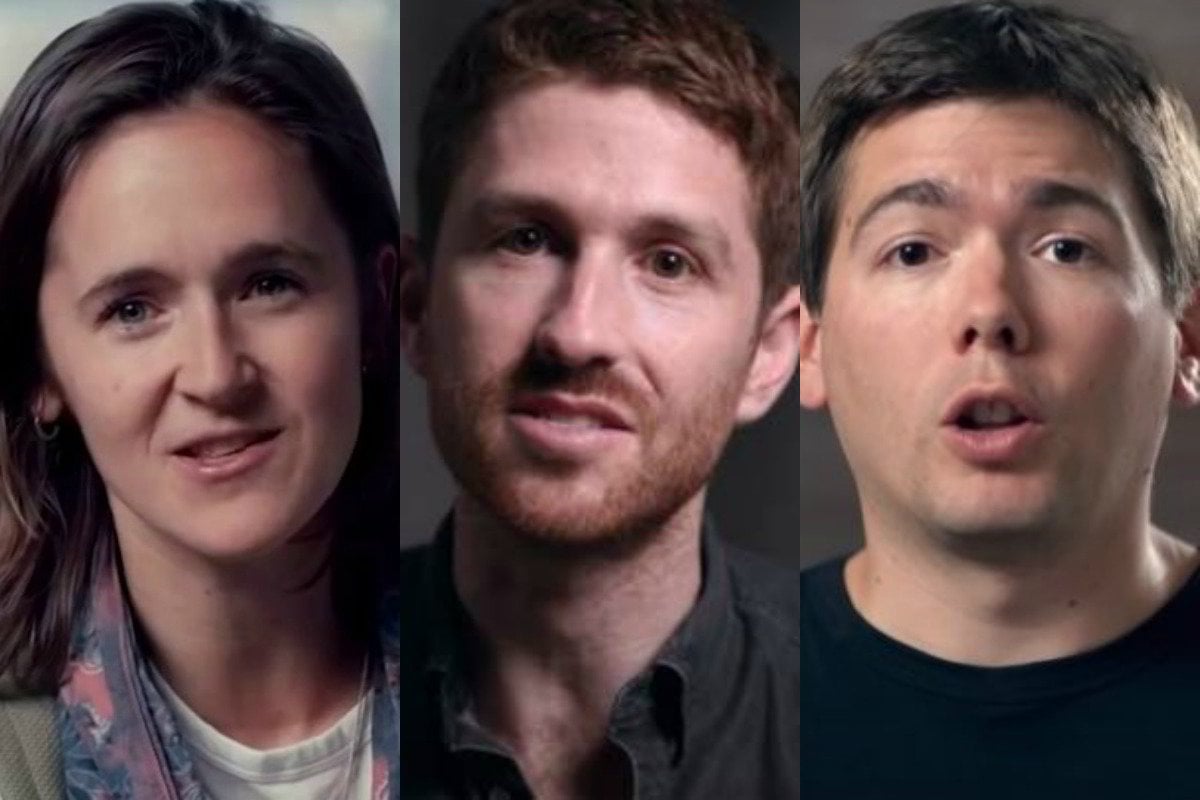 There's a moment in Netflix's new documentary, The Social Dilemma, which made me want to throw my phone across the room.

The documentary, which dropped on the streaming service over the weekend, features interviews with some of the people who were instrumental in the creation of Facebook, Instagram, Twitter, Reddit, Google and every other app we check several times an hour, seven days a week.

About 24 minutes into the documentary, Tristan Harris, who was once employed as Google's Design Ethicist, compared our phones to tiny pokie machines we carry with us everywhere.

"We want them to take this action, we want them to keep doing this with their finger," he explained, demonstrating how we drag down the screen on our phone to refresh social media and email apps.

WATCH: The trailer for Netflix's eye-opening documentary The Social Dilemma. Post continues below.

"You pull down and you refresh, it's gonna be a new thing at the top. Pull down and refresh again, it's new. Every single time. Which in psychology we call a positive intermittent reinforcement," added Joe Toscano, a former Experience Design Consultant at Google.

"It's not enough that you use the product consciously, I want to dig deep down into the brain stem and plant inside of you an unconscious habit, so you are being programmed at a deeper level. You don't even realise it.

"Every time you see it there on the counter and you know if you look over it might just have something for you, so you play that slot machine to see what you got. That's not by accident, that's a design technique."

I was mid-scroll when they said this. Disgusted with myself; I put my phone down and tried to hide it between the cushions in my couch.

I sat on my hands.

I tried to concentrate on the documentary in front of me and attempted to ignore the pull of my iPhone. ﻿

Within five minutes, I had picked it up again and refreshed Instagram.

Even as the people who created Facebook, Instagram, Twitter, Reddit and Google, told me that what I was doing was an addiction and that they had intentionally created this addiction, I reached for my phone over and over again.

I wonder whether I have any emails.

Once I had come to terms with the fact I was basically an addict who was carrying a tiny pokie machine with me everywhere I go, so I can continually feed my addiction, The Social Dilemma had more bad news for me.

I live in a bubble which was created by a bunch of 20 to 35-year-old white guys in Silicon Valley.

There's a reason my social media feeds keep serving me up funny memes about bingeing Netflix and being a hot mess. Why I see so many ads for linen sheet sets and planters for my indoor plant collection. Why everyone on my Instagram feed is trying to educate me with slideshows about #BlackLivesMatter and intersectional feminism.

Just like there's a reason the guy I had a crush on in Year 10's feed is full of posts from Men's Rights Activists, Trump supporters and climate change deniers.

These social media platforms have been designed to keep feeding us what we like until we're so divided into our camps that we're threatening to kill each other in the comments section.

Protestors clashing in the streets of America and women tearing each other down on Twitter for not being feminist enough isn't an accident, it's the result of carefully constructed algorithms which have been building to this moment for years.

We're living in a bubble that was created by apps on a phone that we are addicted to, like a gambler is addicted to a pokie machine.

The tech experts interviewed in the documentary said things are only going to get worse. We're going to become more addicted to our phones, more divided, and even angrier until we find a way to take back control.

I personally know I'm not going to stop reaching for my phone or refreshing my feeds anytime soon. It's an addiction that's so deeply entrenched in my daily life, and the very fabric of my interaction with the outside world, that I'm never going to be able to go cold turkey.

But now every time I reach for my phone I think about it. For a split second, I wonder whether this is truly an action I want to repeat upwards of 100 times a day and whether this is really a world I want to live in.

Then I reach for it, anyway.

You can watch The Social Dilemma on Netflix now.