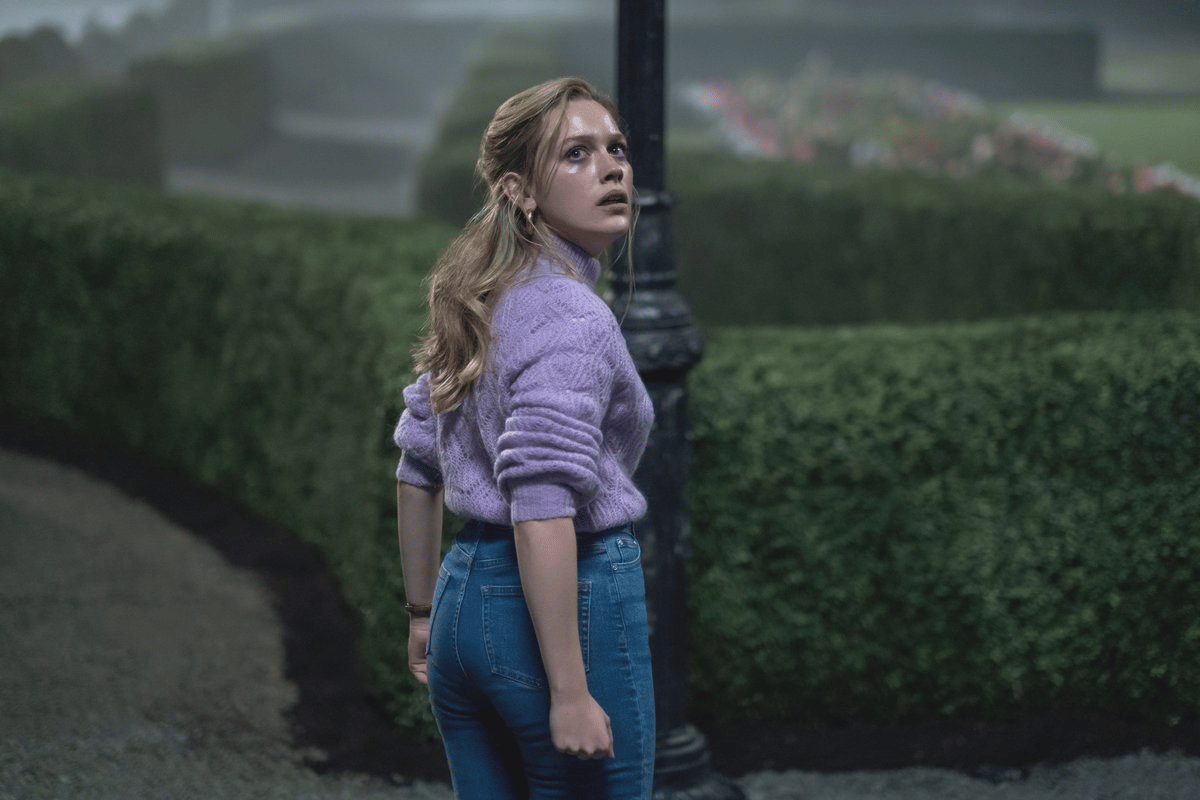 If you like your ghost stories with a side of trauma and tears, you're in for a real treat.

The second instalment of Netflix's horror anthology series The Haunting of... drops on the streaming service on Friday, October 9.

We were first introduced to Mike Flanagan's anthology in 2018 with the first season The Haunting of Hill House, which centred around the Crain family and the supernatural events that took place at Hill House over a number of decades.

The new instalment The Haunting of Bly Manor, centres around a haunted manor in the English countryside and the people who live and work there.

Here's everything you need to know about Netflix's The Haunting of Bly Manor before you watch it:

But first... watch the trailer for Netflix's The Haunting of Bly Manor. Post continues below...

What is the plot of The Haunting of Bly Manor?

The Haunting of Bly Manor centres around Dani Clayton (Victoria Pedretti, who played Nell in The Haunting of Hill House) a young American teacher who has been hired to look after two orphaned children - Flora (Amelie Bea Smith) and Miles (Benjamin Evan Ainsworth) - at Bly Manor.

Dani is running away from her own past and soon discovers that Bly Manor is hiding its own secrets. She soon finds out that her predecessor, Rebecca (Tahirah Sharif), ended her stint as the children's nanny in tragic and traumatic circumstances. Her employer and the children's uncle Henry (Henry Thomas) refuses to set foot on the estate and the children and the rest of the staff seem to be plagued by all manner of supernatural events.

Dani has to figure out what's happening before it's too late for the young siblings in her care.

Is The Haunting of Bly Manor based on a true story?

While the series, which is set in the 1980s, is not based on a true story, it's heavily inspired by Henry James' 1898 horror novella The Turn of the Screw.

Told by an unnamed narrator, The Turn of the Screw tells the story of a young governess who is tasked with caring for two orphaned children on a spooky, sprawling country estate. After a while, the young woman becomes convinced she's living out a real-life ghost story.

The Turn of the Screw has been adapted into many forms since it was published including in opera, ballet and theatre and in movies like The Innocents, The Nightcomers, The Others, and The Turning.

Who is the cast of The Haunting of Bly Manor?

There are a few familiar faces in The Haunting of Bly Manor with some of the cast from The Haunting of Hill House returning to the anthology series. Victoria Pedretti, who played Nell in Hill House, returns to play the leading role of Dani Clayton. Dani is a young American woman who takes on the governess role at Bly Manor.

Henry Thomas, the dad from the previous season, returns to play Henry Wingrave. Henry is the owner of Bly Manor. He's the one who hires Dani to look after his niece and nephew. Henry's role is relatively small in this series and he only turns up at Bly Manor right in the very end of the season.

Oliver Jackson-Cohen, the actor who played Luke Crain in Hill House, plays Peter Quint in the series. Peter is a former employee of Bly Manor and a business associate of Henry's.

Show creator Mike Flanagan says the second season of The Haunting Of... anthology is even scarier than the first.

"It's scarier. It's a lot more frightening, just on a visceral level," he told Entertainment Weekly.

Flanagan explained that while the shows are essentially two separate stories they're tied together by the central themes of haunted places and haunted people.

"At its foundation, the Haunting series is very much about haunted spaces and haunted people. The way we make those things dance together is really going to be what’s uniform about Hill House and Bly," he told Vanity Fair.

"Outside of that though, it was really important for all of us not to play the same notes we played for the first season. The first season is very much entrenched in family dynamics and death and grief and loss and child trauma. We all collectively felt like we’d said everything we wanted to say about that," he added.

While Hill House centred around family trauma and how that's passed down from generation to generation, Bly Manor focuses on the themes of love and lost love.

"It certainly provides a new way to tell a love story, and there are three of them really that beat at the heart of this season. They all have a very dark edge to them. And by the end, it’s really hard to differentiate tragedy with romance. That sense of romantic longing for someone who meant so much to us - but who’s gone - really is the heart of any ghost story," Flanagan explained.

The entire season of The Haunting of Bly Manor drops on Netflix on Friday, October 9, 2020.