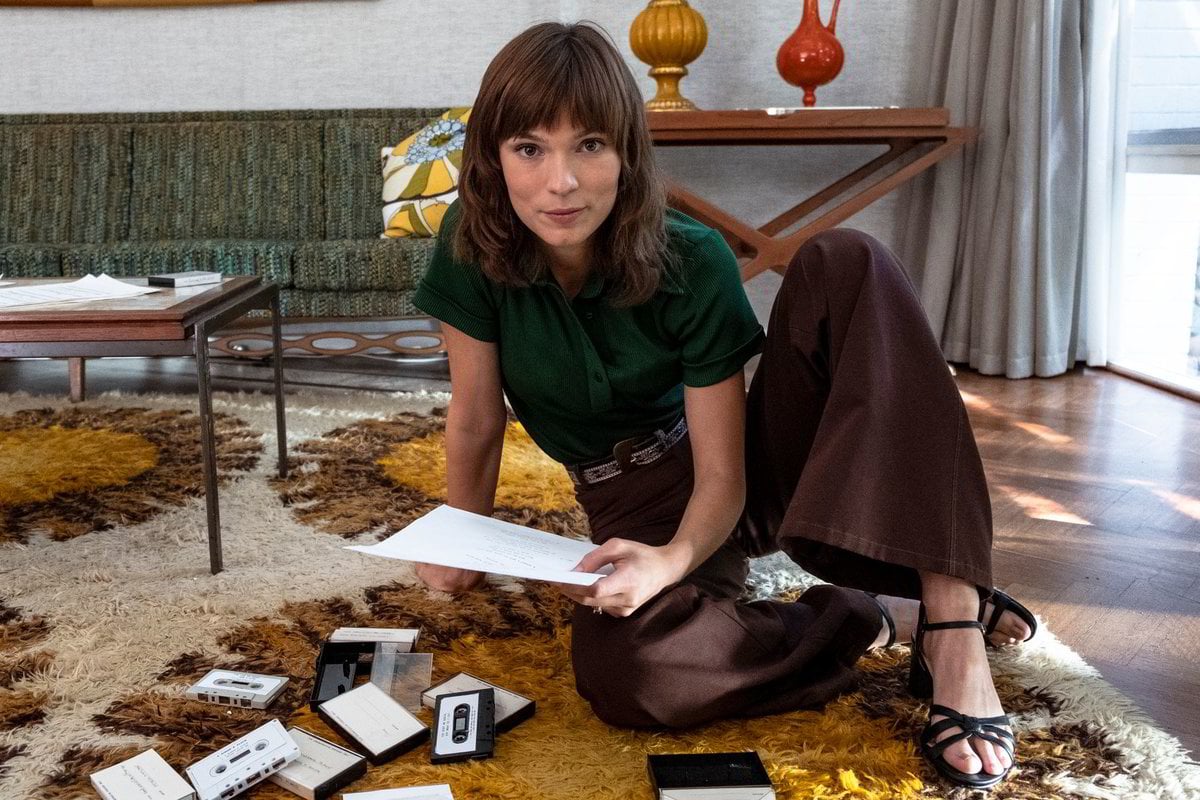 After watching Stan's powerful new movie I Am Woman, it would be reasonable to believe the story of musician Helen Reddy was a fictionalised one concocted inside a screenwriter's head.

Yet that's the added beauty of this well-crafted film, one that tells the story of Australian musician Helen Reddy, now aged 78, and her turbulent rise to international fame in the 1970s.

Not only are the events of the film based on a true story, it's also a vivid evocation of a moment in Australian music history that inspired a whole generation of women.

Directed by Australian filmmaker Unjoo Moon, who was inspired to tell Helen's story after a chance meeting with the musical legend, I Am Woman strikes a compelling narrative balance between the story of a woman with a dream and a story of a revolution.

Take a look at the trailer for the new Stan Original Film I Am Woman.

Australian actress Tilda Cobham-Hervey, known for her roles in movies such as 52 Tuesdays and TV shows such as The Kettering Incident, stars as the iconic Helen Reddy, but it's more than just her physical resemblance to the singer that allows her to so perfectly walk the audience through Helen's life.

But before she reached these dizzying career heights, her life looked very different.

I Am Woman takes you back to the beginning of her tale when a young Helen arrives in New York City from Australia in 1966 with her three-year-old daughter Traci in tow and just $230 in her pocket.

She's under the impression she has won a recording contract but her hopes are dashed when the label tells her they already have enough female stars on their roster. From here, the film follows Helen as she forges a career in the male-dominated and often chauvinistic music industry.

What makes I Am Woman such an all-consuming movie experience is that although Helen Reddy's life could have easily filled out a series of films, the story, much like a perfectly crafted pop song, remains tightly told and fast-paced (thanks to the direction of Moon, and a script by Mary Shelley screenwriter Emma Jensen).

Poignant moments from Helen's life, from her days in a cockroach-infested New York hotel room to the dreamlike moment she records her first single, are all sewn together in such an emotive way that each of her small successes make a deep impact.

I Am Woman is carefully peppered with characters from Helen's life, who give us a deeper understanding of Helen and the obstacles she faced.

There's Jeff Wald (American Horror Story star Evan Peters), a talent manager who Helen meets by chance in New York who becomes her second husband, after promising her he'll make her a star.

As she rises to fame, we see how the dynamic of their relationship changes over time as success, money and jealousy all come into play. It's a unique window into the life of a famous woman, especially during a time when the fight for women's rights was just ramping up.

We also meet music journalist Lilian Roxon (played by Australian Dumplin' star Danielle Macdonald), who takes Helen under her wing during her early days in New York, acting as the catalyst for her introduction into feminism and the growing Women's Liberation Movement.

For a movie so steeped in history, politics and social justice, I Am Woman never feels like it's lecturing its audience. Instead, it chooses to focus on character-driven narratives that happen against a backdrop of historical moments. 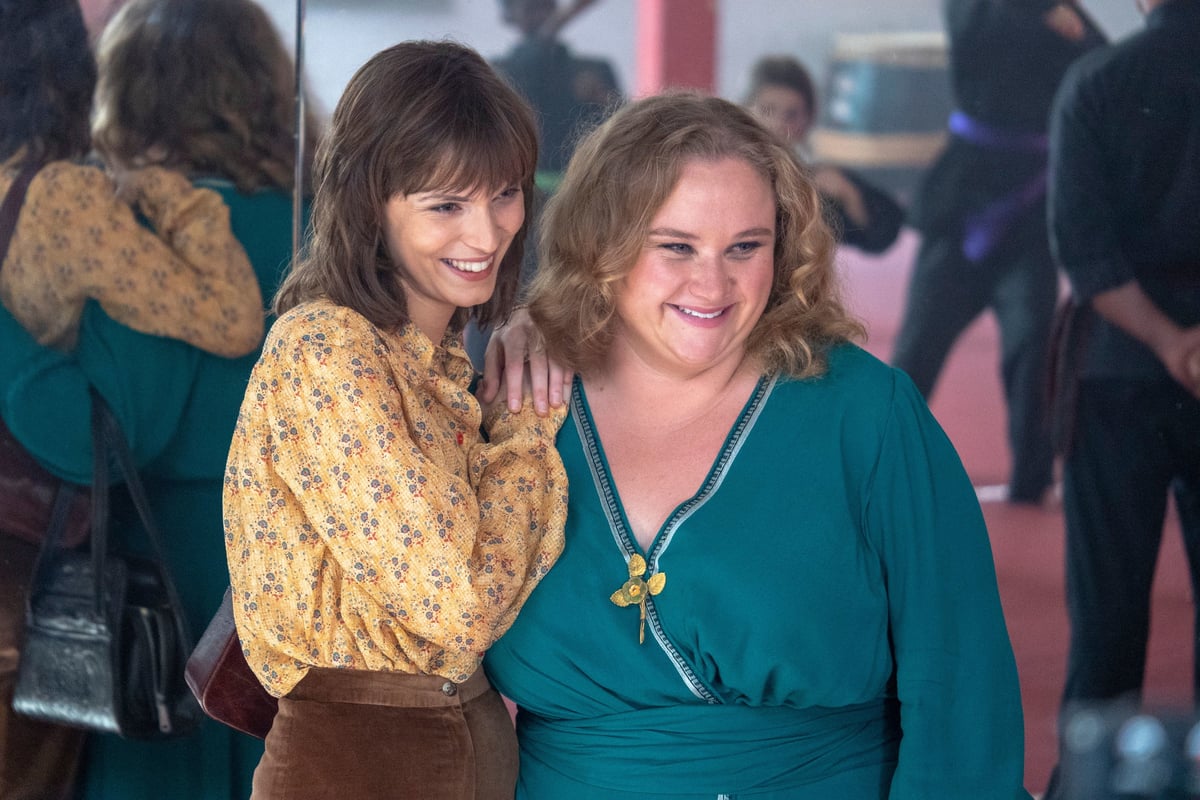 Tilda Cobham-Hervey as Helen Reddy and Danielle Macdonald as Lilian Roxon in I Am Woman. Image Stan.

Helen's most iconic song 'I Am Woman', which was released in 1972, went on to become a number one hit, win a slew of awards and became the anthem of the women's liberation movement at the time. ﻿

It was played at rallies, during marches and grew in popularity thanks to women incessantly calling their local radio stations demanding it played. In fact, Helen Reddy's record label had never wanted the song released in the first place, yet it went on to become the soundtrack that a generation of women matched to as they demanded equal rights. To this day, it remains a powerful anthem so many women hold close to their hearts.

The film perfectly builds from the moment Helen realises a song like this is needed in the world, to the well-earned moment where we see her perform it live for the first time.

Perth musician Chelsea Cullen's voice stands in for Helen Reddy's iconic vocals during the performance scenes alongside use of the original recordings throughout the film.

It's Helen's evolution as a songwriter and a performer that drives the film along the way. What viewers may not realise is that Helen has many hits you may have heard at some point, but didn't know they were by her - songs like 'I Don't Know How To Love Him' and 'Delta Dawn'.

The film's final musical performance left me with goosebumps - the perfect example of how music can start with one person and then go on to unite millions.

With I Am Woman, you'll come for the swinging '70s costumes and iconic music hits, but stay for the inspirational true story that has never been told on screen before.

The Stan Original Film I Am Woman will premiere exclusively on Stan on 28 August.

T
tangerinekaleidoscope a year ago

Reply
Upvote
This movie exceeded my expectations, by alot. I enjoyed it very much although, I was left feeling depressed for my gender. The sad fact is that the women's movement depicted in I Am Women was not a moment in history, it is now. The scenery and styles have changed and there has been progress but, watching I Am Women reminded that the fight for equal rights still goes on. It's 2020, soon it'll be 2021 and women the US are still fighting for the ERA to be ratified.
News
General
Opinion
True Crime
Politics
Sport
Explainer
Entertainment
Celebrity
Reality TV
Movies
TV
Books
Rogue
Royal
Lifestyle
Beauty
Fashion
Weddings
Home
Wellness
Health
Fitness
Travel
Food
Parents
Before The Bump
Pregnancy
Baby
Kids
Teens
School
Parent Opinion
Work & Money
Money
Finance
Career
Lady Startup
Relationships
Sex
Dating
Separation
Friendship
Family
Real Life
Couples