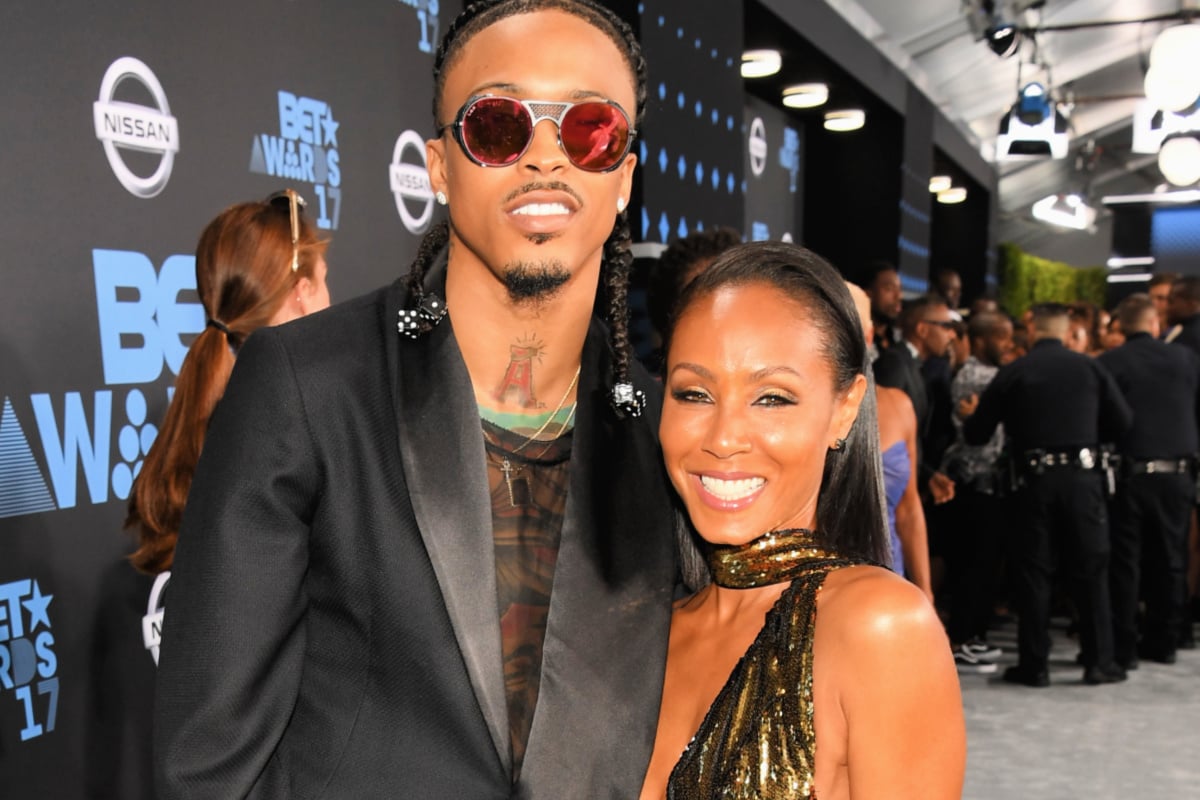 Will Smith and Jada Pinkett Smith have been married for more than two decades; a lifetime by Hollywood standards.

After meeting in 1994 on the set of The Fresh Prince of Bel-Air, the actors and producers now share two children — Jaden, 22, and Willow, 19 — and a long list of career accolades.

Despite making it further than most celebrity couples, the Smiths haven't been able to escape scrutiny around their personal lives, from their alleged "open marriage" to long-rumoured affairs.

Now, both Smith and Pinkett Smith have together addressed one of the biggest 'scandals' they've faced: Pinkett Smith's rumoured affair with singer August Alsina.

WATCH: Here's a snippet from Will Smith and Jada Pinkett Smith's Red Table Talk interview below. Post continues after video.

In June, 27-year-old Alsina made headlines after he claimed that he and the 48-year-old Girls Trip actress were previously in a relationship, with her husband's "blessing".

"He [Will] gave me his blessing, and I totally gave myself to that relationship for years of my life, and I truly and really, really deeply love and have a ton of love for her," he said in a YouTube interview.

"I actually sat down with Will and had a conversation due to the transformation from their marriage to life partnership that they've spoken on several times and it not involving romanticism. I have lost money, friendships, relationships behind it, and I think it is because people don’t necessarily know the truth. But I have never done anything wrong."

Initially, reps for Pinkett Smith said these claims were "absolutely not true". But in the most recent episode of Pinkett Smith's Facebook Watch show, Red Table Talk, the Smiths have shared their side of what happened.

Sitting across from each other at the red table that has become synonymous with airing the truth around celebrity scandals (anyone remember the infamous Jordyn Woods Kardashian cheating episode?), Smith and Pinkett Smith both said they felt now was the time to address "the very personal journey that became very public."

"One of the reasons I wanted to come to the table [was] the media, the headlines," the 51-year-old Oscar-nominated actor said. "We were purposely never saying anything. Coming to the table, we just felt like it got to the point where you gotta say something."

You can watch the full, juicy Red Table Talk episode in the video below.

Pinkett Smith explained Alsina was introduced to their family as a friend of Jaden's. At the time, he was "really sick" and she provided him with mental health support and resources. Around the same time, Smith and Pinkett Smith had decided to amicably separate and, from there, Pinkett Smith became involved in an "entanglement" with Alsina.

"Yes, it was a relationship absolutely. I just wanted to feel good. It had been so long since I felt good. And it was really a joy to help heal somebody. I think that has a lot to do with my codependency, needing to fix and being drawn to people who need help."

Pinkett Smith went on to share how her relationship with Alsina helped her confront her emotional immaturity and insecurity, which led to some "really deep healing" and, ultimately, the end of their relationship.

Addressing her husband, she said, "As I came through and started to realise certain things about you and I, he decided to break all communication with me which was totally understandable. And I let that be and hadn't talked to him since, so it is a little weird that all this stuff is coming out now since this was several [years ago]."

She also clarified her relationship with Alsina was not an affair, and took place when she and Smith had effectively broken up.

"One thing I want to clean up… about you giving 'permission' which is... the only person that can give permission in that circumstance is myself... he wasn't a home wrecker," she said.

Smith added, "At that point, I was done with you. I really thought we might be over."

Both Smith and Pinkett Smith agreed they're grateful their relationship has "gotten to that new place of unconditional love", but acknowledged they had to "go through some sh*t to get there".

Smith added, "We came together young and we were both broken in our own ways, and to be able to make mistakes without the fear of losing your family is so critical. There's real power in knowing somebody's riding with you, no matter what."

LISTEN: We dissect Hollywood's most infamous 'open marriage' between Will and Jada in this episode of Mamamia's pop culture podcast The Spill below. Post continues after audio.

Pinkett Smith isn't the only one to have been accused of infidelity in their relationship. In the past, rumours have circulated that Smith has also had affairs.

While the couple claims there have never been infidelities between them, Pinkett Smith said on Red Table Talk in June 2019, “I’m asked a lot about, ‘Is there infidelity in your relationship with Will?’”

“And it’s like, ‘No, but there’ve been other betrayals of the heart that have been far bigger than I could even think in regards to an infidelity situation.

“When you talk about contempt, or resentment or neglect ― that can just tear your world apart.”

Smith has also spoken about their unique partnership, saying they don't refer to themselves as 'married anymore'.

"We refer to ourselves as 'life partners,' where you get into that space where you realise you are literally with somebody for the rest of your life," he said on TIDAL's Rap Radar podcast in July 2018.

"There's no deal breakers. There's nothing she could do – ever – nothing that would break our relationship. She has my support 'til death, and it feels so good to get to that space."

For more on Jada and Will Smith's relationship, read our previous article: Inside Will and Jada Pinkett Smith's unconventional marriage.