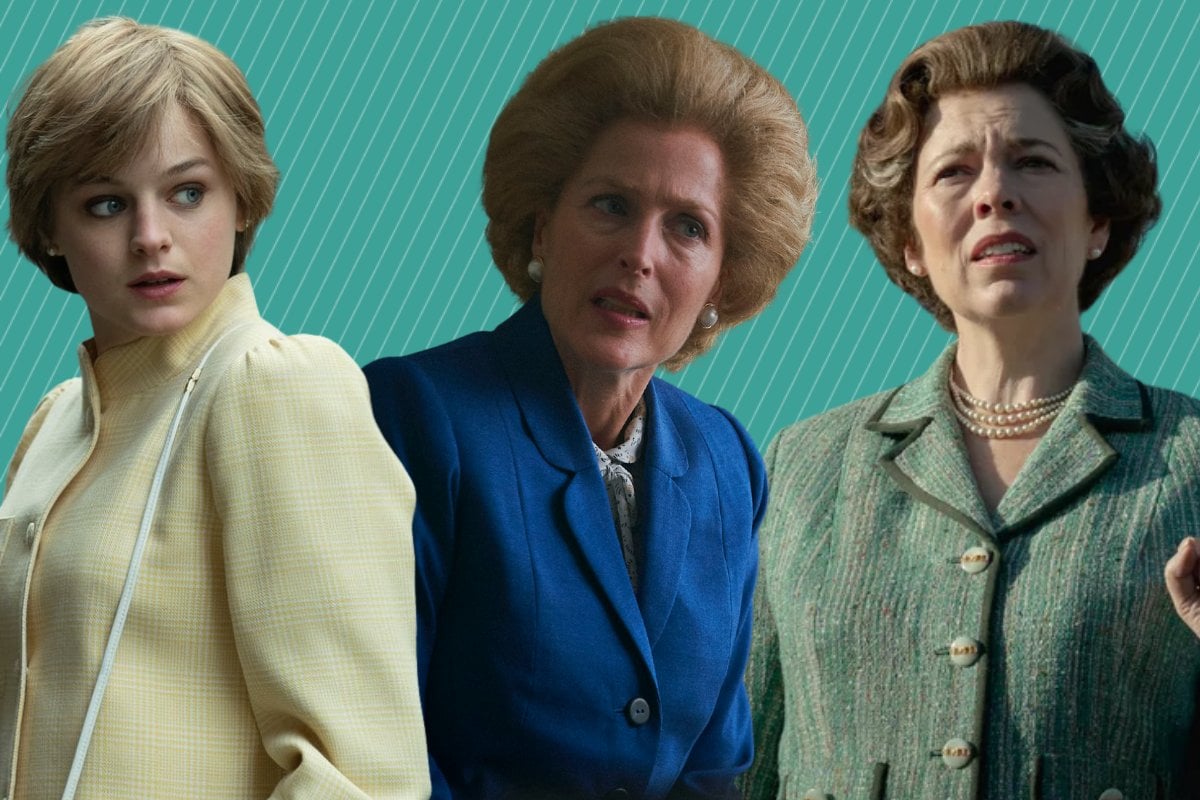 After three seasons, The Crown has finally gotten to the good stuff.

Yes, Netflix are cracking out all the Prince Charles and Princess Diana storylines and we're ready for the drama, thank you very much.

(Seriously though, we're going to be waiting literal decades until the whole Harry and Meghan situation unfolds on the show. HURRY UP. WE NEED MEGHAN TO PLAY HERSELF.)

Last season, we saw the royals react to the Aberfan disaster, Prince Charles meeting Camilla Shand, and Princess Margaret’s affair with Roddy Llewellyn, among many other juicy morsels of royal history.

Now, season four will delve into Prince Charles' courtship and marriage to Princess Diana, Margaret Thatcher's time as Prime Minister, and a bizarre break-in at Buckingham Palace. Yep, there's a lot to cover.

Here's everything The Crown season four, episode one got right and wrong about the royal family.

It's a weird, awkward encounter, but Charles seems almost enamoured with Diana.

"I just met your younger sister," Charles tells Sarah after the brief encounter.

"That's sneaky of her. I told her to leave us alone," Sarah responds. "She was obsessed with the idea of meeting you." 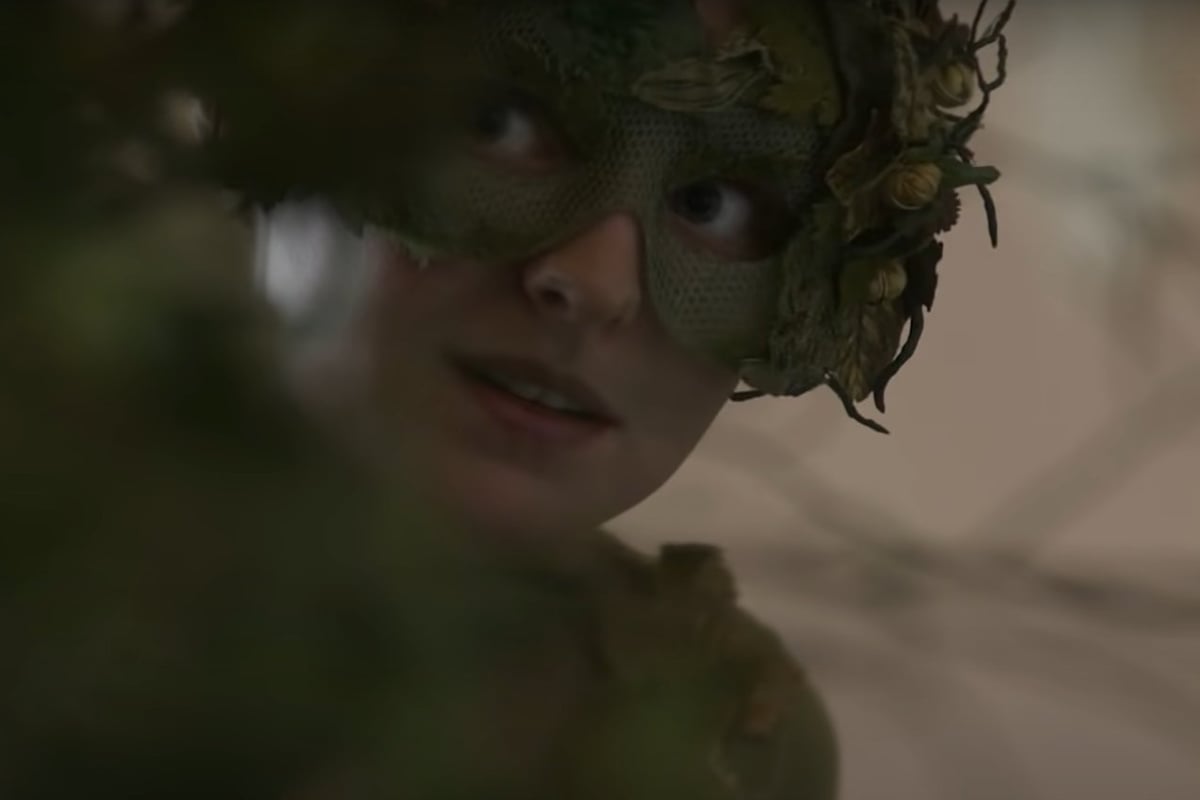 While the scene isn't an accurate representation of how Charles and Diana actually first met, it serves as a friendly reminder of just how young Diana was when she first met Charles.

Yep, Diana was just 16 years old when she first met Prince Charles. At the time, Charles was 29. (For those wondering, that's a 13-year age difference. 13 YEARS.)

In the show, Diana later reconnects with Charles following the death of Lord Mountbatten as she shares her condolences for his loss, which was a subtle reference to their real first meeting.

Diana first met Prince Charles during a grouse hunt at the Spencer family home in November 1977.

"We were talking about Mountbatten and I said, 'You must be so lonely,'" she recalled in the documentary Diana: In Her Own Words.

"I said, 'It’s pathetic watching you walking up the aisle with Mountbatten’s coffin in front, ghastly, you need someone beside you.' He was all over me for the rest of the evening, following me around like a puppy."

2. Our first introduction to Margaret Thatcher.

After being elected Prime Minister of the United Kingdom, Margaret Thatcher, played by Gillian Anderson in an extraordinary wig, has her first meeting with Queen Elizabeth.

It's an interesting encounter which plays off the rumours there was tension between the two women. 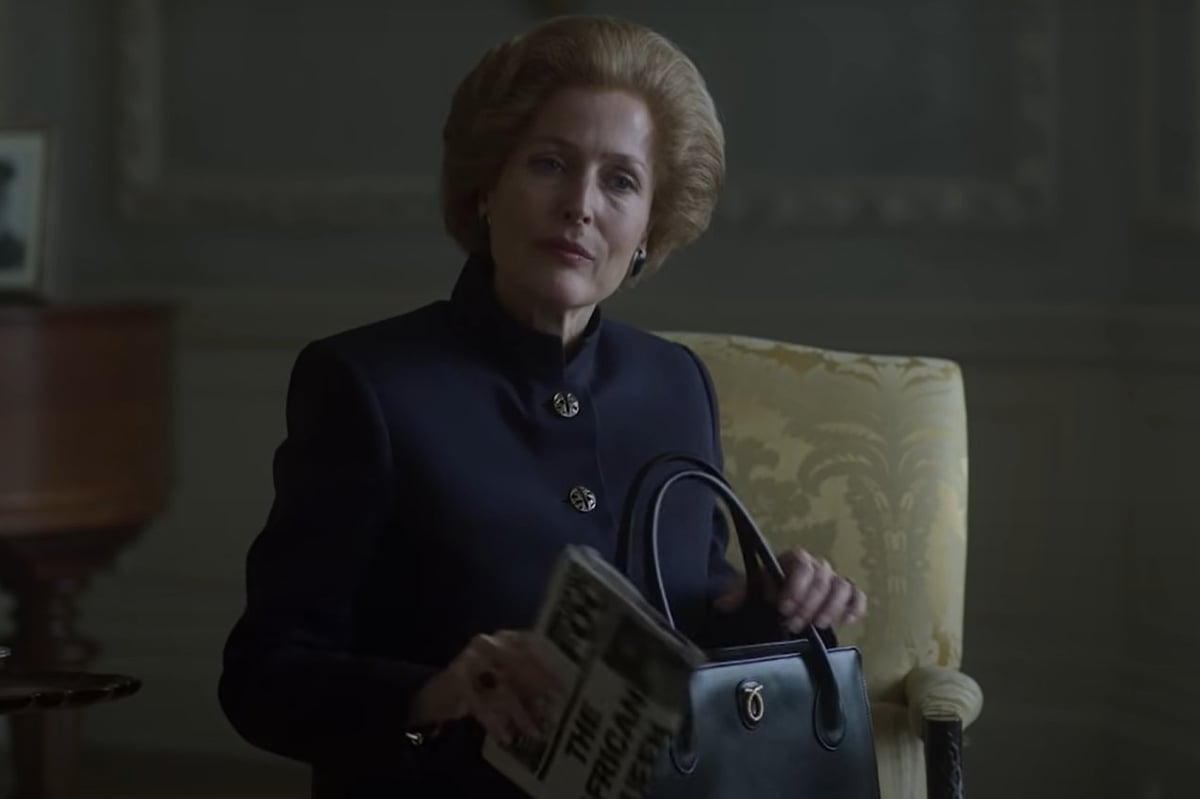 This wig is... everything. Image: Netflix.

Over the years, there were reports the Queen found Thatcher "uncaring", and that she would even mock Thatcher's accent behind the scenes.

"I have found women in general tend not to be suited to high office," Thatcher tells the Queen in their first scene together.

"Well, I doubt you'll have that trouble with me," the Queen says.

In another ripped-from-the-headlines story line, the opening episode recounts the shock assassination of Lord Mountbatten.

As seen in the scene, Lord Mountbatten, Prince Charles' great uncle and confidante, was killed on a family fishing trip after a bomb was planted on their boat.

He died instantly. His teenager grandson, Nicholas Knatchbull, and a young crew member, Paul Maxwell, were killed along with him. Lady Doreen Brabourne, who was also onboard, later died in hospital from her injuries.

Members of the Provisional Irish Republican Army later claimed responsibility for the attack.

"This operation is one of the discriminate ways we can bring to the attention of the English people the continuing occupation of our country," the IRA said in a statement.

"The death of Mountbatten and the tributes paid to him will be seen in sharp contrast to the apathy of the British Government and the English people to the deaths of over three hundred British soldiers, and the deaths of Irish men, women, and children at the hands of their forces."

Prince Charles, who had an incredibly close relationship with Lord Mountbatten, struggled with his mentor's death in the months afterwards.

Well, it looks like this season will delve deeper into the cracks within Prince Charles' relationship with his father, Prince Philip.

"I barely knew my own father. Dickie [Lord Mountbatten] understood that and stepped in as a surrogate which meant the world to me. Then years later, maybe when he saw the struggles between the two of us, he switched horses and started caring for you. I was no longer the priority. He replaced me as father to you. And you replaced me as a son to him," Philip tells him. 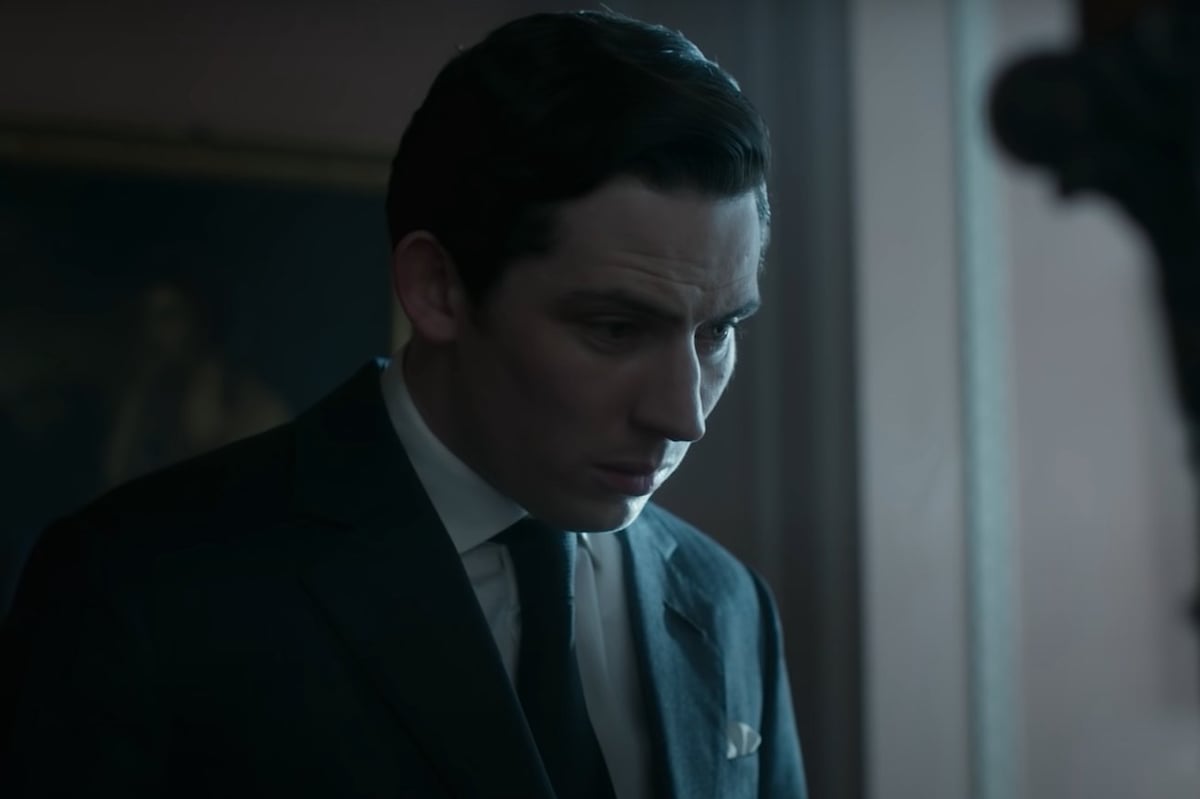 "I don't mind admitting that there were times that the transference of Dickie's affection, of his care, of his love... it might have given rise in me to resentment.

"When one was as deprived of a father as I was, one can't help feeling... I don't know... territorial of the next best thing, which Dickie was."

"To us both," Charles responds.

"What are you talking about? You have a father," Philip replies, before exiting the room.

While we don't know the intricate details of Prince Charles' relationship with his father, there have long been rumours that the relationship between the father and son is strained.

Yep, there might be a small sliver of truth to this scene after all.

In the final scenes of the premiere episode, Prince Charles reaches out to Sarah Spencer and asks her about younger sister, Diana.

When he asks Sarah for Diana's phone number, she seems taken aback. 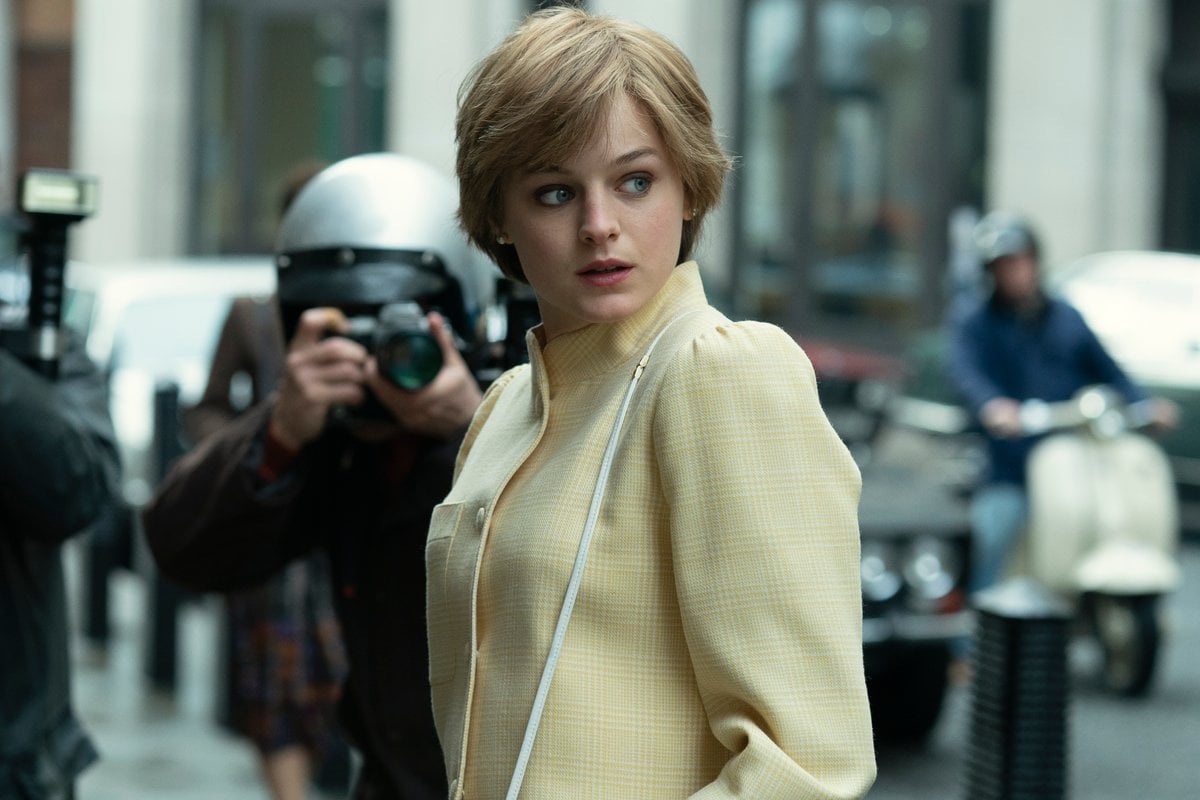 At the time of their phone call, however, Sarah was actually already engaged to someone else.

"Charles makes me laugh a lot. I really enjoy being with him, but there is no chance of my marrying him. I’m not in love with him," she famously said.

"And I wouldn’t marry anyone I didn’t love whether he were the dustman or the King of England." Harsh.

In the end of the episode, Charles takes Diana on their first date.

Read the rest of our recaps here: