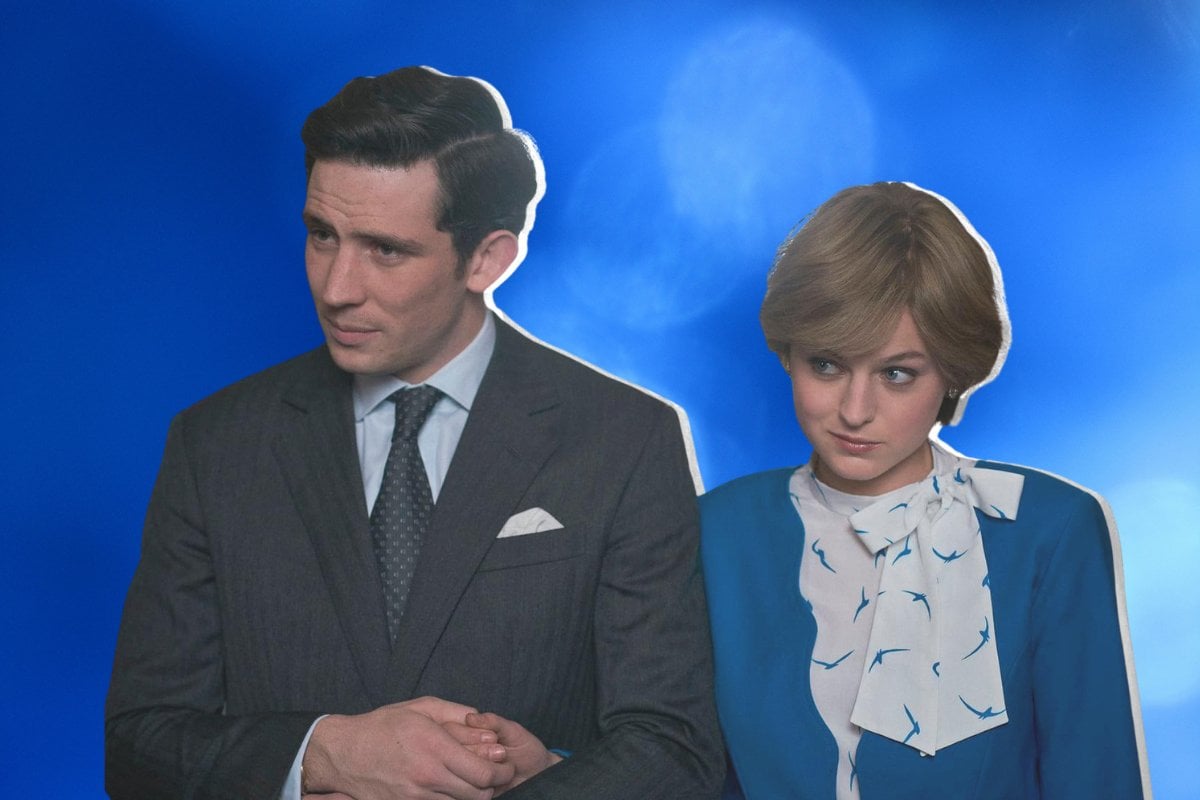 It's the storyline we've all been waiting for.

Yes, it's time to dive into the nitty-gritty details of Prince Charles and Princess Diana's relationship.

From Prince Charles' awkward proposal to the intense media attention, there's a lot to cover.

Here's everything The Crown season four, episode three gets right and wrong about the royal family.

The episode opens on various members of the royal family, who are waiting by the phone. (Don't these people have... jobs to do?)

They're waiting for some very important news.

The phone finally rings and the Queen answers.

"It's done. I did it," Prince Charles tells her, sharing the news that he proposed to Diana Spencer in the... *checks notes*... nursery at Windsor Castle.

Yes, much like it played out on The Crown, Charles and Diana's real life engagement wasn't exactly romantic.

In fact, Diana actually burst out laughing when he asked her. 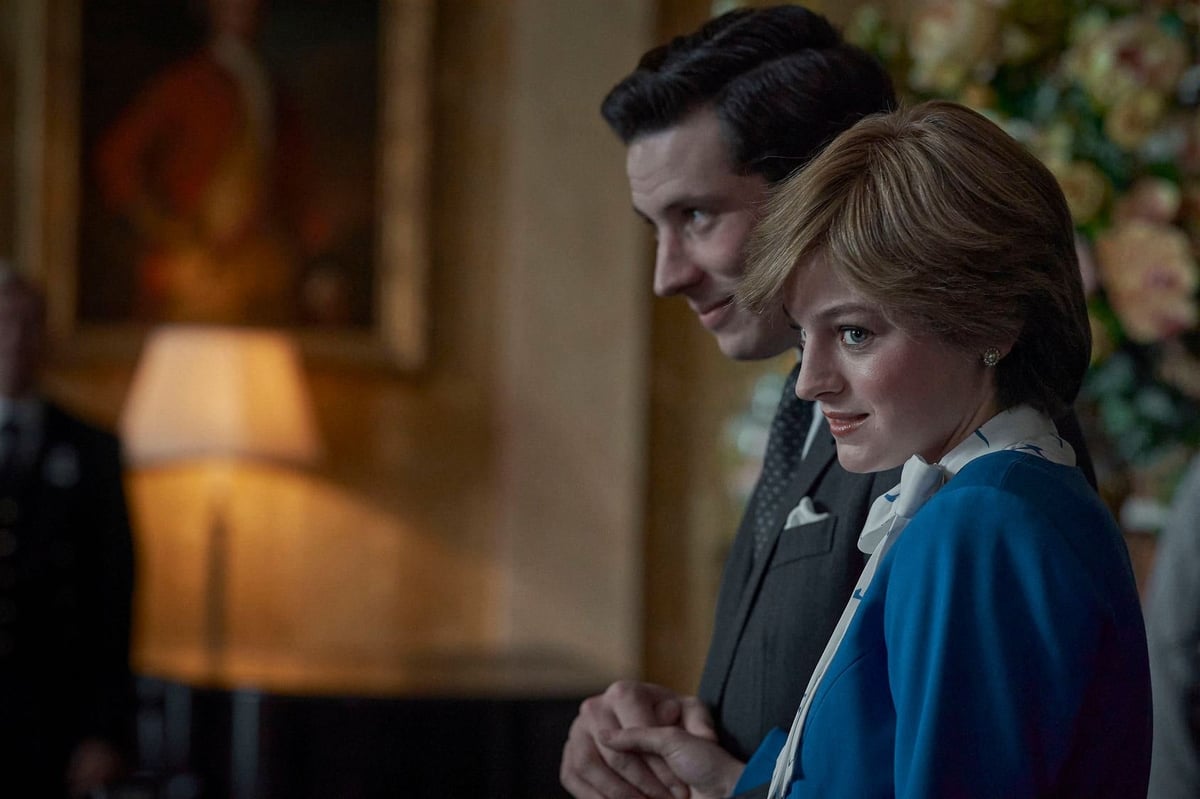 "Charles didn’t pick her up in his arms and embrace or do any of the things we might do when we propose marriage to the one that we love," royal author Christopher Wilson claimed.

Following fears that the paparazzi attention would be overwhelming, Diana is moved into Buckingham Palace.

Shortly after her arrival, Charles and Diana's engagement is announced to the media.

"I can see you're going to bring lasting joy to the nation and if I may say, you both look very much in love," a journalist tells the couple.

"Whatever 'in love' means," Charles adds.

No, this wasn't an exaggeration. Charles actually said that in their post-engagement interview.

When asked in the real interview, Diana said, "Of course," and Charles said, "Whatever 'in love' means." Diana laughed it off, while Charles added that  "in love" is open to "your own interpretation."

"Charles turned around and said, 'Whatever in love means' and that threw me completely," she said in documentary Diana: In Her Own Words.

"I thought, 'What a strange question — uh, answer.' God, absolutely traumatised me." 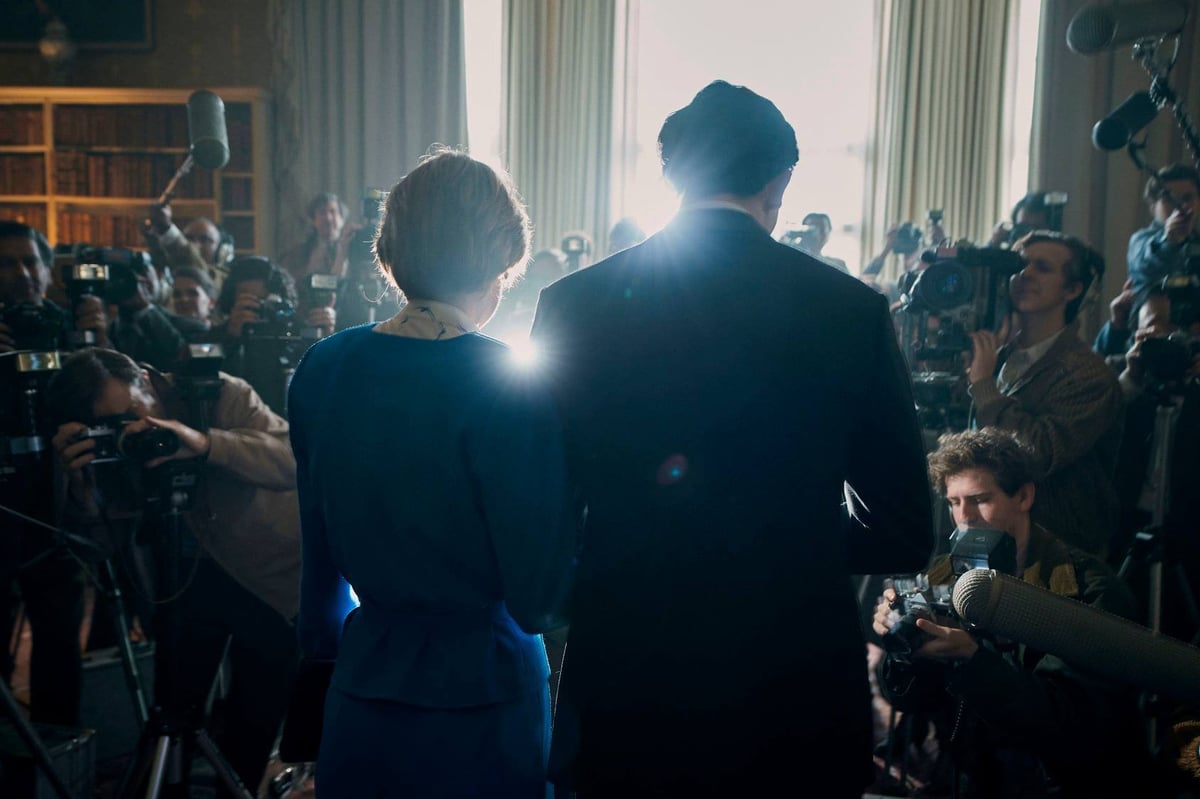 Shortly after announcing their engagement, Prince Charles heads on a royal tour, leaving Diana behind at Buckingham Palace.

Ahead of the flight, he suggests that Diana should spend some time with his ex Camilla, which seems like a bad idea, but okay.

"I've asked Mrs Parker Bowles to get in touch with you," he tells her.

"Your ex? Why you do that?" she responds.

"Because she's great fun. I just thought if ever you wanted company, she's the best company."

Um. Did he really just say that?

Back at the palace, Diana spends her time undertaking etiquette lessons and roaming through the halls alone.

In the weeks that Charles is on tour, she doesn't hear a single word from him.

Instead, she receives a bunch of flowers from Camilla.

The pair agree to meet for lunch and it... doesn't go well.

Throughout their meeting, it soon becomes clear that Diana doesn't know a single thing about the man she's about to marry. (After all, she only saw him a dozen times before they got engaged. ¯\_(ツ)_/¯)

Camilla also tells Diana that she speaks to Charles "most days", and shares that they have secret nicknames for each other.

In real life, Diana and Camilla really did meet for lunch ahead of the royal wedding.

A few years later, Diana even confronted Camilla about her close relationship with Charles.

"I said, 'I know what's going on between you and Charles and I just want you to know that,'" she said, according to Andrew Morton’s biography.

"She said to me, 'You've got everything you ever wanted. You've got all the men in the world fall in love with you and you've got two beautiful children, what more do you want?' So I said, 'I want my husband.'"

After her meeting with Camilla, Diana attempts to get in contact with Charles.

"I need to speak to the Prince of Wales as soon as possible," she tells Charles' private secretary.

"Is that what he asked you to tell me? 'If my future wife wants to speak to me, make an excuse,'" she replies.

While in the office of Charles' secretary, Diana finds a design for a piece of engraved jewellery for Camilla.

The bracelet design was engraved with 'G' and 'F', the initials for Charles and Camilla's nicknames for each other – Gladys and Fred.

In real life, Diana discovered the bracelet design in the days before their wedding. 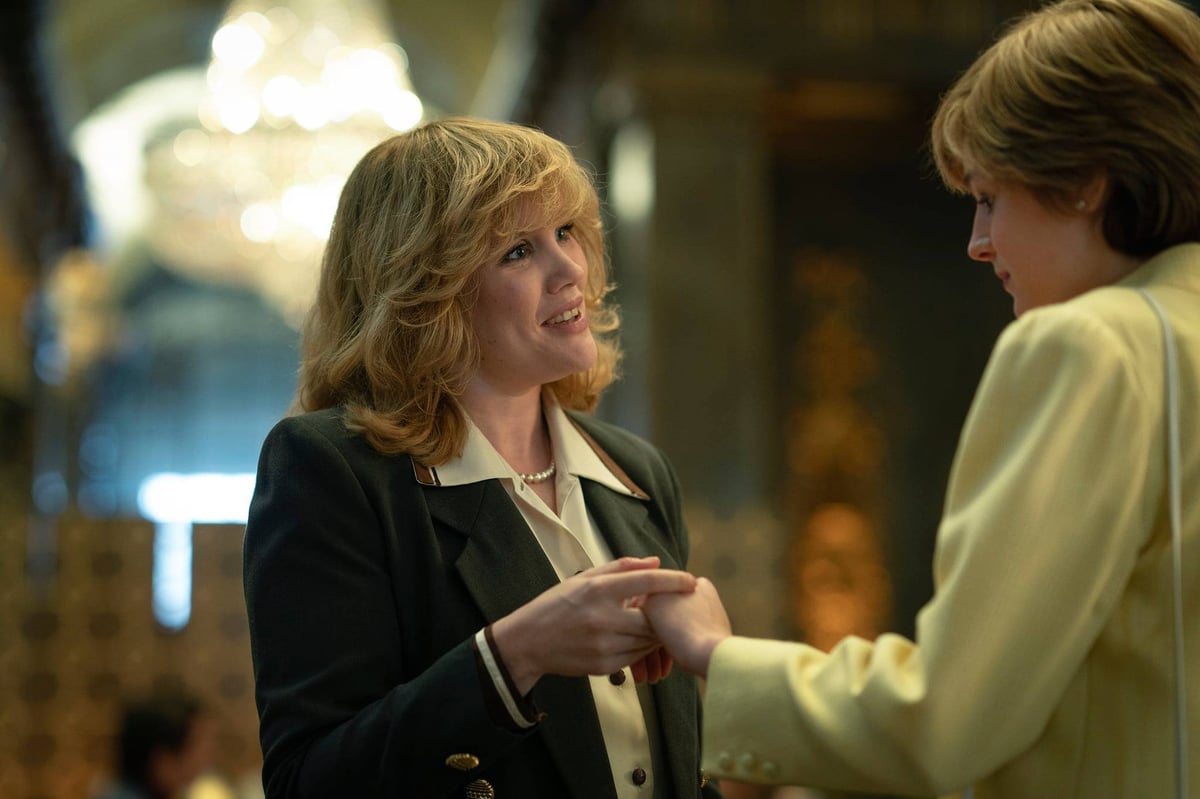 After Charles returns from his tour, Diana confronts him about the bracelet at their wedding rehearsal.

"I had the bracelet made as a farewell gift," Charles tells her.

"I told Camilla face-to-face that it's over."

"Charles loves someone else. How many times can this family make the same mistake? Forbidding marriages that should be allowed. Forcing others who shouldn't. Paying the consequences each time," Margaret says.

"But he's still in love with the other one," Margaret says.

"This is madness. We can stop them now, before they tie the knot. Not just for the sake of the monarchy, but for them as human beings. We have to stop them now."

After Princess Margaret confronts her, the Queen speaks to Prince Charles.

As royal fans shoot fireworks into the air outside of Buckingham Palace, Charles silently cries.

Although it's likely that Charles was still in love with Camilla at the time of his wedding to Diana, it's unclear whether Princess Margaret confronted the Queen about it.