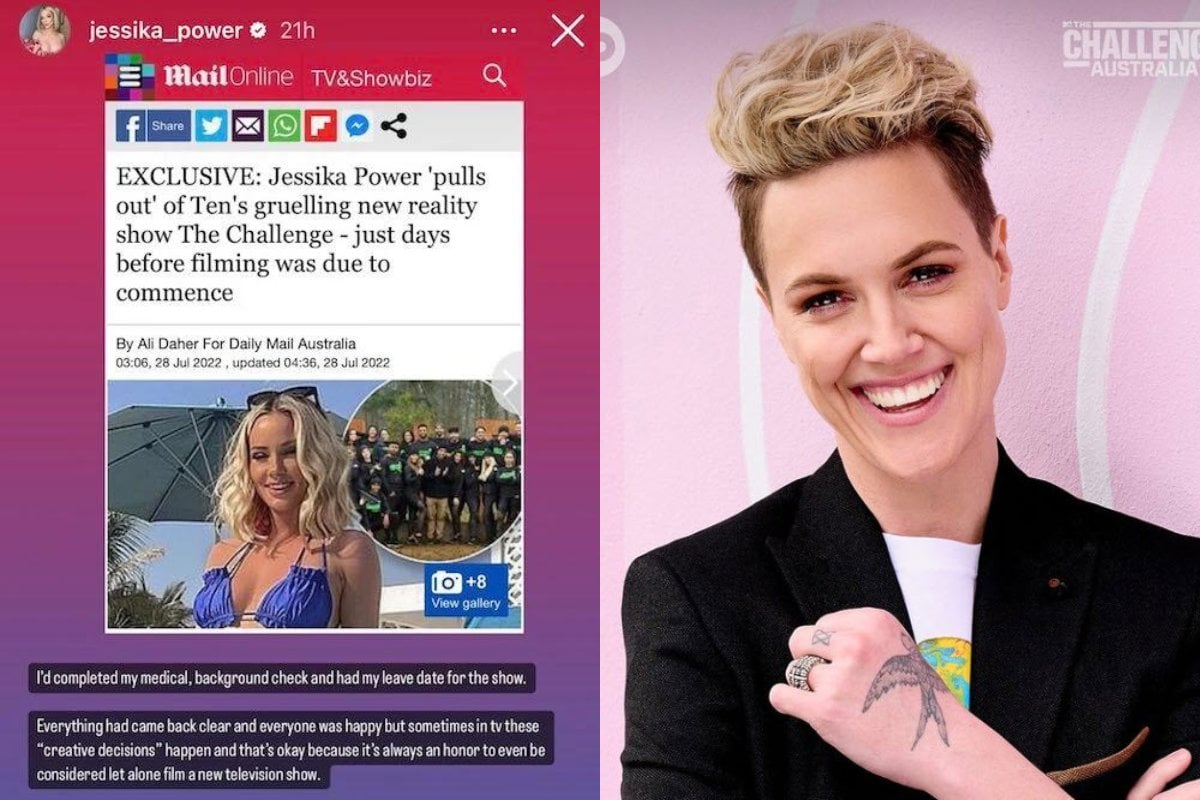 Picture this: Your favourite (and let's be honest, least favourite) reality TV stars all on the same show, shading, fighting and competing against each other in some kind of sadistic Big Brother/Survivor/Ninja Warrior mash-up for... bragging rights, probably, and a RIDICULOUS amount of money.

So, yeah, uh, that is a thing that is about to happen.

It's called The Challenge: Australia, and it's going to be the best or the worst thing we've ever watched. Perhaps both.

The show has only just begun filming, but there's already plenty of speculation about it. Here's everything we know so far.

What is The Challenge: Australia?

The series is based on a long-standing MTV series in the US, which has already aired for 37 seasons. That's... a lot of former reality stars.

It features reality alumni competing in a series of physical challenges to avoid eliminations. They all live in a house together too - so you just know there's going to be plenty of drama and paranoia around alliances, hookups and budding relationships to keep us entertained.

The show is currently being filmed in Buenos Aires and will air on Channel 10 this year.

The prize is a bunch of new social media followers, a rumoured $1 million(!!!) and entry into the inaugural The Challenge: Global Championship, where they will represent Australia against contestants from Argentina, the UK and US in the hopes of becoming the first 'Challenge World Champion'.

Who will appear on the show?

Channel 10 haven't officially announced any cast details just yet, but that doesn't really matter because... we already know.

According to So Dramatic!, the cast includes:

The Daily Mail pretty much verified this, capturing every one of these stars at the airport as they flew out to film. According to the publication, The Bachelorette's Konrad Bien and Australian Idol's Emily Williams were also seen boarding a flight to Argentina via Auckland, presumably for the show.

Other rumoured contestants include The Bachelor franchise's Ciarran Stott and Jessica Brody, Love Island Australia's Grant Crapp and Survivor's Brooke Jowett and Johnny Eastoe, according to So Dramatic!

We'll have to wait and see if anyone else pops up, but it truly sounds like absolutely every former Aus reality star was approached for this, doesn't it?

Something that is definitely confirmed is the show's host.

The series will be hosted by entertainer and MC Brihony Dawson. They are best known as host of Channel Nine's Women's Footy show and for hosting major events including NYC Pride, Sydney Gay and Lesbian Mardi Gras, the Australian Formula One Grand Prix and the AFLW Grand Final.

Jessika Power was hired and then fired before filming even began.

One person who won't be appearing on the series is former MAFS star Jessika Power.

It was originally reported that Jess had pulled out of the show at the last minute, but she's clarified that she was actually cut from the lineup by production and she doesn't know why.

"I had my contract signed, bags packed, everything ready and received a message from my manager stating that the American executives had made a creative decision to not include me on the show despite believing I am 'good talent,'" she wrote on Instagram.

"I was excited to be chosen to do the show, and it was only a day before I was having Skype interviews with the casting director and speaking about opening outfits and filming locations and leave dates."

She later clarified in Instagram stories that she was not angry at the casting decision and completely understood that these things happen in TV.

But I'm a bit mad about it. We've been robbed of a spicy Jessika/Cyrell reunion! A travesty!

When will The Challenge: Australia air?

Keep your eyes peeled later in 2022 - Channel 10 has an empty spot where The Bachelorette (RIP) used to be so October/November seems like a pretty good bet.