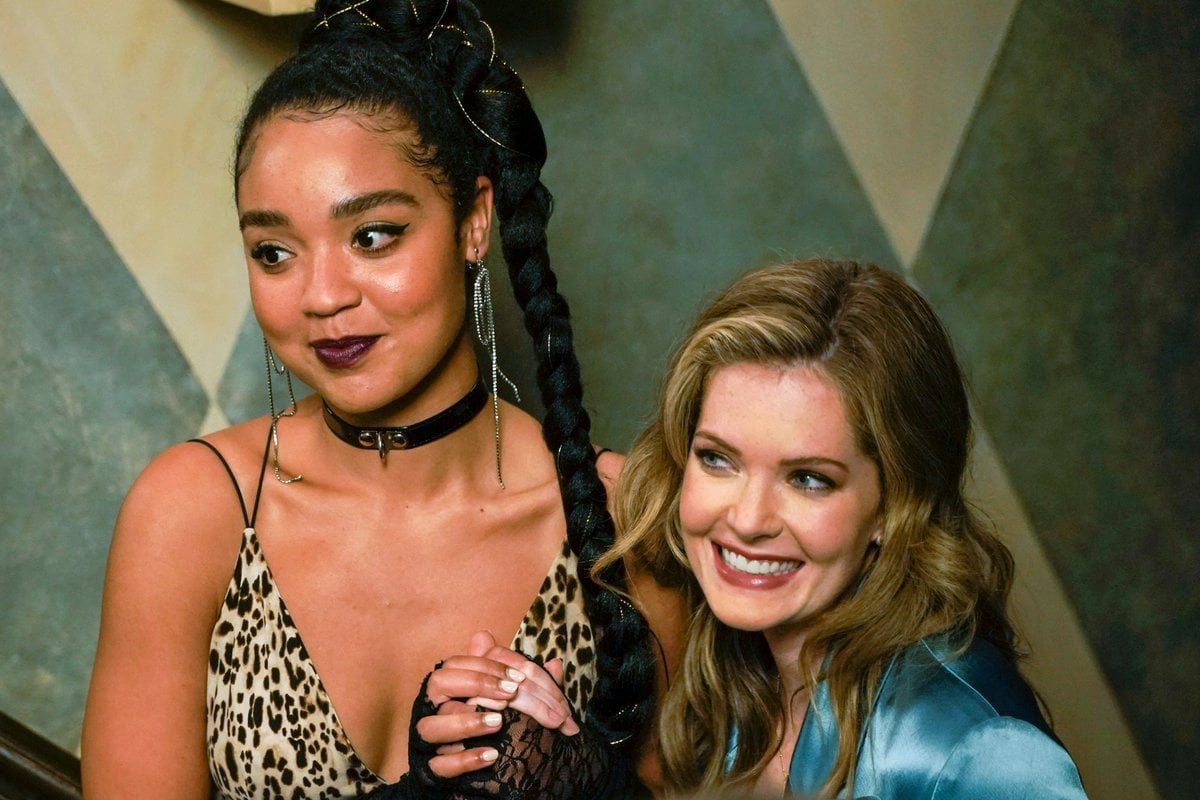 Stan's hit show The Bold Type takes viewers inside the glossy world of a fictional magazine and digital publishing empire, but behind-the-scenes things get a little more real.

The dramedy centres on three best friends who met while working at Scarlet magazine in New York City.

The Bold Type will premiere its fifth and final season on Thursday, May 27 on Stan and with that in mind, here are four surprising things you probably didn't know about the show, but will change the way you watch it.

1. Katie Stevens first rose to fame as a finalist on American Idol.

In 2009, Katie auditioned for the hit show in Boston and sang the classic Etta James song At Last. It was one of those auditions where all the judges, including special guest judge Victoria Beckham, were in unanimous agreement that she deserved a spot on the show and immediately advanced her all the way to the Hollywood round.

Katie was tipped as an early favorite to win the series but finished in eighth place following a surprise double elimination night.

This does explain why Jane Sloan is prone to breaking out in solos on The Bold Type. 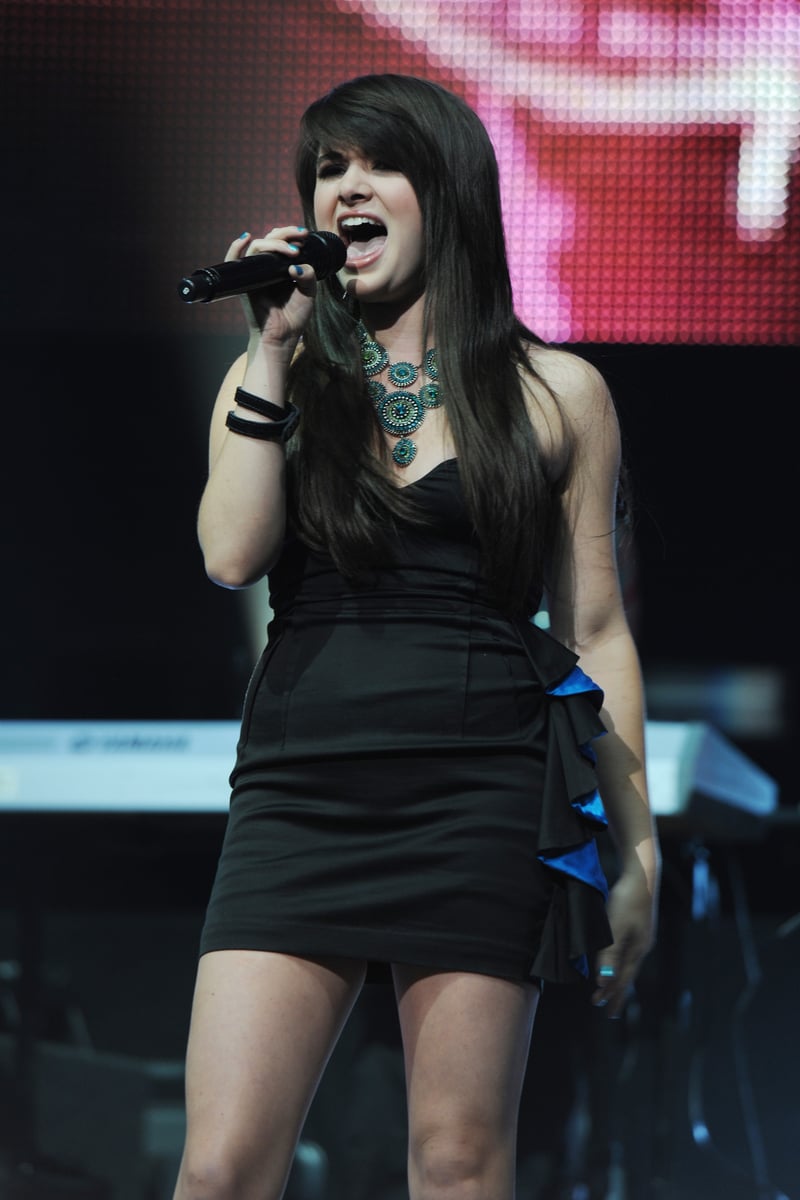 2. A lot of the scenes are based on true stories, including that one where Jane gets a Yoni egg stuck in her vagina.

It’s pretty common knowledge that The Bold Type is inspired by the life and career of former Cosmopolitan magazine editor-in-chief of Joanna Coles, who also acts as an Executive Producer of the series.

But many of the scenes and storylines from the show are also based on real-life experiences. In many cases they come from the women in the show's writers' room or women who are known to the show's creative team.

For example, in the episode O Hell No, Jane is sent on a writing assignment to see a sex therapist because she’s never had an orgasm. She returns with a Yoni egg in her vagina. Of course, it gets stuck up in there and Kat and Sutton have to gather in the fashion closet to help her yank it out.

The story is based on a real-life event that happened to writer Angela Ledgerwood, who worked at Cosmopolitan with Joanna Coles.

Except in her life, the story was a bit more harrowing, because she was testing a contraceptive sponge for a story. In the end, it got stuck inside her and she ended up making an emergency trip to the doctor to have it pulled out.

There were many tears.

In an essay for The Cut, Angela wrote about what it was like seeing her real-life story play out on The Bold Type, saying: "It’s a strange thing to see one of your most embarrassing and personal moments play out on network television. Joanna and two former Cosmo editors all confirmed the episode is inspired by what happened to me." 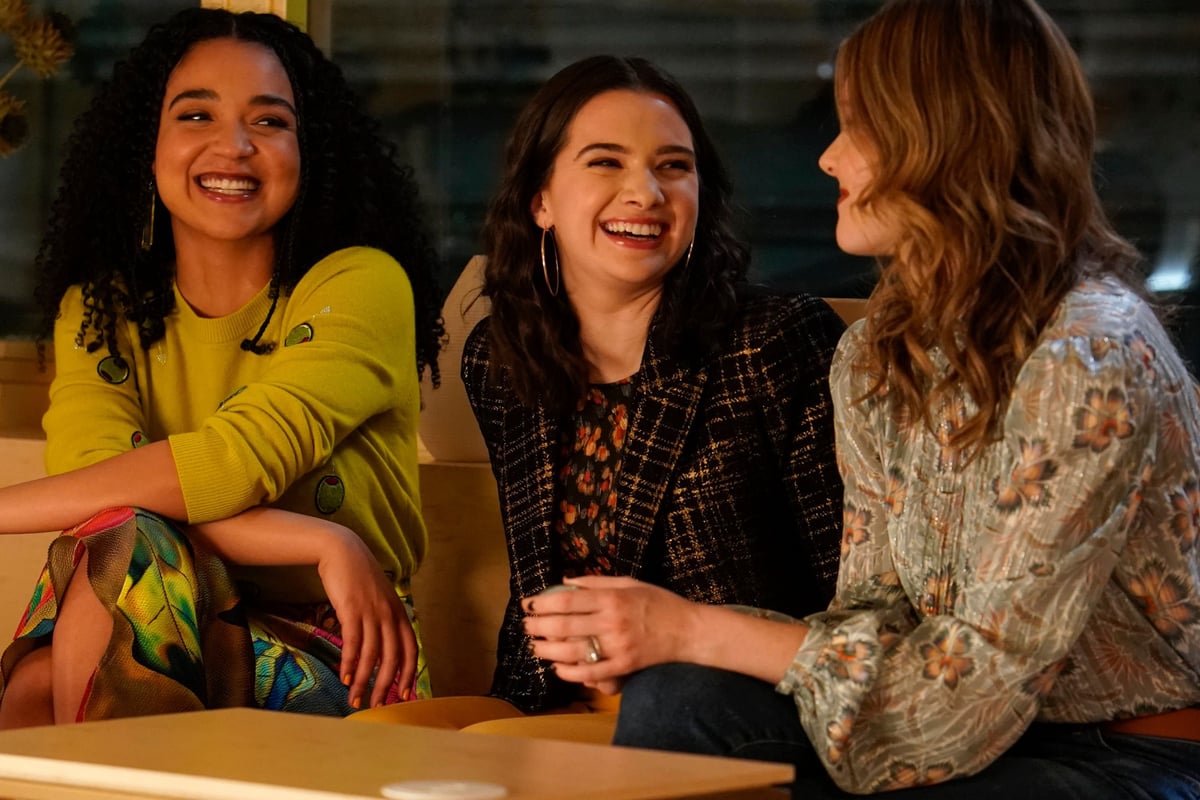 3. The show really feels like it's filmed in New York City, but the behind-the-scenes reality is very different.

Like many shows that are set in the city that never sleeps, New York City is pretty much its own character on The Bold Type.

It provides a glamorous and bustling backdrop to the three leading ladies' stories and most of the action takes place in the Manhattan-based offices of Scarlet magazine.

It's a pretty good dupe, but the show is not actually filmed in New York, or even in the United States.

The show actually shoots in Montreal, the largest city in Canada's Québec province and only a few external shots, such as scenes in Central Park or on the Brooklyn Bridge Park, are filmed back-to-back during a short trip to New York.

4. Melora Hardin came up with Jacqueline Carlyle's marriage storyline and brought in her real-life husband to film it with her.

In The Bold Type, Jacqueline separates from her husband Ian (played by Gildart) as the couple goes through a rough patch in their relationship.

Melora pushed for the storyline to be written into the show because she thought fans were only seeing her character as a mentor and wanted to show that she was also a complex woman who went through difficult situations in her personal life.

The Bold Type season five will premiere May 27, only on Stan. All episodes of Seasons 1-4 are available to stream now on Stan.