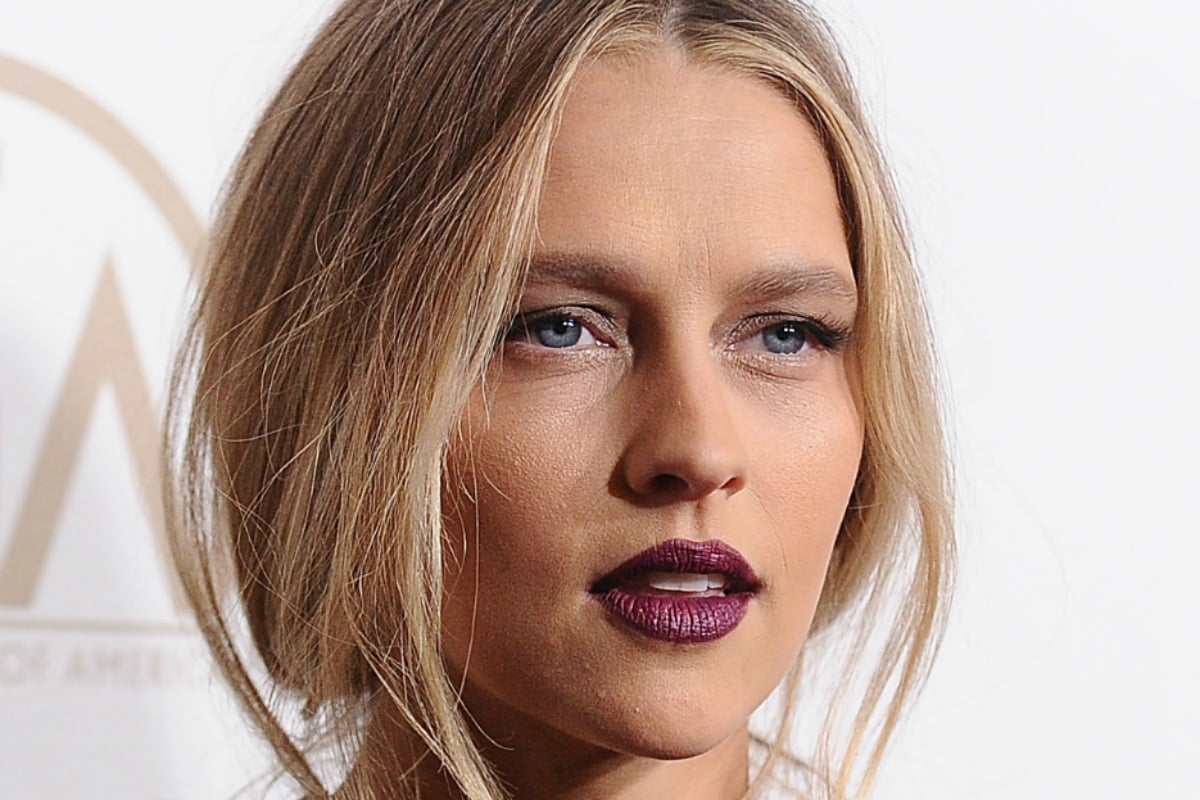 The following deals with pregnancy loss, which may be triggering for some readers.

Teresa Palmer is done with the word 'miscarriage'. Break it down, she says, and it's simply not fair.

"The word 'miss', to miscarry something, puts the onus on the mother; it's shame, it's guilt, it's [as if] the mother's done something wrong — she's miss-carried the baby," the Adelaide-born actor told Mamamia's No Filter podcast.

"The majority of miscarriages just have nothing to do with any of the mother's actions."

"I felt like no one could reach me": Mia Freedman on the pain of losing her unborn daughter. (Post continues below.)

The Hollywood star (Hacksaw Ridge, A Discovery of Witches) prefers the term 'pregnancy loss'. It's what she uses to describe the difficult experience she endured in August 2015.

Teresa experienced a type of early pregnancy﻿﻿ loss known as a hydatidiform mole, or complete molar pregnancy. It occurs when ﻿an egg carrying no genetic material (DNA) is fertilised and implants into the uterine wall. Despite the embryo not being viable, the process still triggers the usual signs of pregnancy, like morning sickness or sore breasts.

It's uncommon — just one in every 1,200 pregnancies are affected.

And that made the diagnostic process all the more gruelling for Teresa.

"I remember the doctor at the time, she felt awful. But because it's so rare, I don't think she had seen it many times in her career and so she was trying to guess what it was," Teresa said. "And it made it worse for me.

"I'm just sobbing and people were really excited about this anomaly... I just didn't feel supported enough, and I was quite embarrassed, actually."

The shame came with a tangle of other emotions for Teresa, who had her first child with actor/director husband Mark Webber — 18-month-old, Bodhi — in the room with her at the time.

Anyone who knows me knows how much I love @mamamiaaus and devour every aspect of it; the articles, podcasts (hello True Crime Conversations!) and videos so it was an honour to be interviewed by the founder and mama boss lady herself @miafreedman for their No Filter podcast. I talk ALL the things including mama guilt, co-parenting, Hollywood, @swrightolsen and I’s book, kids, pregnancy loss and a whole lot more thanks to such a wide array of thoughtful questions. Check the link in my bio to listen!

"When you get pregnant, the moment you see those two lines on the pregnancy test, you start envisioning who that baby is and when the baby's coming and the age gap between your children. And all of a sudden, that's all ripped away from you and you're grieving the idea of who this baby would have been," she said.

"I remember just sobbing and saying sorry to Bodhi, my toddler: 'I'm so sorry, I'm so sorry. I really thought you would have a sibling.'

"It was just so much anxiety and not enough support. And also not feeling like I really wanted to share my story with many people, at the time. I just didn't know anyone else had been through it, and I just thought, 'Why did my body do this? What did I do to deserve this?'"

Just three weeks later, Teresa began a role on a film, which allowed her to channel her pain into her work, to 'squash' it, at least for a while. She and Mark went on to have two more children, whom they raise alongside Mark's son from his previous marriage.

It's why she's included an entire chapter about the subject in her new book, Zen Mamas, which she co-authored with her friend, actor Sarah Wright Olsen (American Made, Parks and Recreation).

Sadly, Sarah was among the first to benefit. She experienced her first pregnancy loss while they were making the final edits on the book.

"It was a really shocking experience," Teresa said. "She went into the scan and they couldn't find the heartbeat, after she had seen the heartbeat two weeks earlier.

"She went back and she read the chapter that we wrote, and she said that it was if she felt like she was getting a big hug."

Sarah, who was meant to write a segment on being a supportive friend, ended up telling her own story.

"She found it quite therapeutic, actually, writing her story out and changing her little piece in the book. And that was probably, for me, the most impactful experience during writing the book," Teresa said. "It just brought us even closer, getting through that together."

Listen to Teresa's chat with Mia on No Filter below or via your preferred podcast app.﻿

You can download 'Never Forgotten: Stories of love, loss and healing after miscarriage, stillbirth, and neonatal death' for free here.