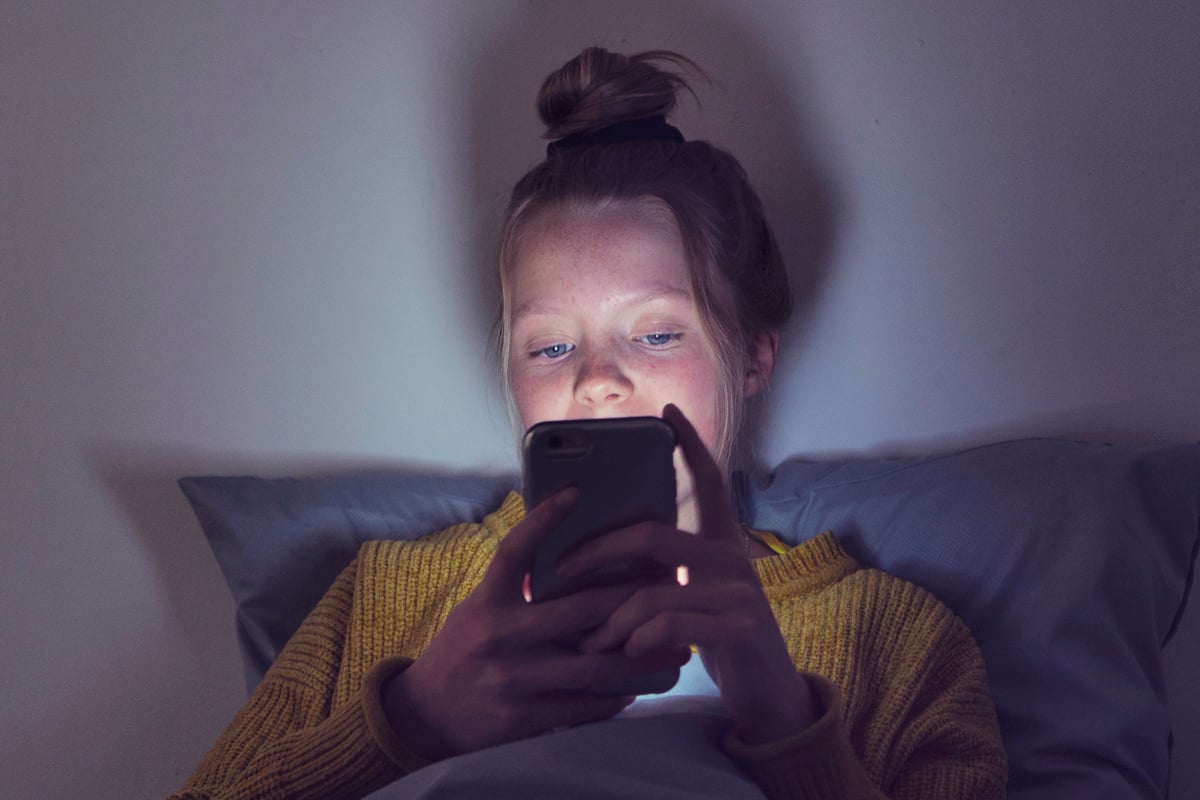 What would you do if you were alerted to your 14-year-old daughter having provocative pictures posted on her Instagram account?

I don’t think it’s as simple as one might first think.

Let’s get some context.

My husband went to drop his 12-year-old daughter (my step-daughter) back to her mother the other night. Standing on her doorstep, she said to him, ‘Have you seen Delia’s Instagram pictures?’

He hadn’t, of course, so she showed him.

Now, I’m not bothered about getting into his ex’s motives behind showing him the pictures and bringing this issue to our attention. His ex has never really caused us any problems and I’m happy to focus on the matter at hand — the pictures and my 14-year-old.

When he got home, he was fairly fired up and animatedly told me that Delia had posted sexy pictures on Instagram.

‘What are we going to do about it?’ he said in parenting panic.

‘She is pretty mature,’ I said. ‘What were the pictures like?'

‘Awful,’ he assured me. ‘She had a tiny dress on with her boobs bulging out of the top, and in other, she has a skimpy dressing gown on pulling a side pose which reveals her hip; and in another, she’s showing the bracelets on her wrist but her arm conveniently sits in her crotch area which is only just covered by the dressing gown!’

His shock and dismay was clear to see.

I had that sinking feeling in the pit of my stomach knowing that there’s going to be drama. Whichever way I play this there will be tantrums, protests, threats and tears.

My husband suggested I look on Instagram, but I didn’t need to. ‘She blocks me,’ I said casually, ‘I am her mother after all.’

‘Don’t worry, I have a second account for work that she doesn’t know about, I might be able to get through with that,’ I told him.

I logged into Instagram using my work account and found hers. My husband had popped out again so I was able to take a good look through without commentary from him, and without needing to discuss anything.

The pictures he described were there, and true to his description.

But I felt a huge sense of relief.

Yes, a few pictures were bordering on provocative. But there were also pictures of her pouting and posing in tracksuits, and on a bike ride with leggings and a baggy t-shirt.

It was abundantly clear to me that her few sexy pictures were simply a reflection of the pictures that social media is saturated in. She easily looked like a Kardashian sister.

To be honest I thought she looked stunning.

When my husband returned I told him what I thought.

He went to bed and I stayed up all night Google-searching parenting articles about provocative teenagers.

Thankfully I came across some articles that said the things I needed to hear:

There is a difference between ‘typical teen behaviour’ and ‘warning signs of a troubled teen’ (I’d put this circumstance under the first category).

Keeping up with fashion is important to teens. That may mean wearing provocative or attention-seeking clothing.

The more I read, the better I felt.

I generally have a really good relationship with my daughter, she talks to me, she doesn’t chase me out of her room, she tells me about friends and parties openly.

Heavens — she even has a tracker on her phone so I know where she is at all times.

She has a steady, and lovely, boyfriend. She is generally helpful around the house.

Don’t get me wrong. I was 14 once. I’m sure she gets up to plenty that I don’t know about. My instincts tell me she is a good kid. She’s not off the rails. I think there’s a lot to be said for instincts.

So I decided that I absolutely did need to speak to her, to reiterate the conversations we’ve had before about online safety and being careful about pictures.

I talked with her about the specific pictures that had caused concern and which parts of the pictures could be misinterpreted by different people.

I talked with her about the dangers of being too sexual, publicly, and about the fact that she is only 14, albeit she is mature for her age.

What I didn’t do is patronise her, nor confront her head-on. It was a conversation, a two-way conversation.

I told her how absolutely beautiful she was in her photographs and that I was proud of her. I subtly told her how awesome the bike and tracksuit pictures were.

And even though I didn’t particularly like the three pictures that were borderline provocative, I didn’t ask her to remove them. I respect her independence and her ability to make semi-reasonable choices.

After all, teens will find a way to do whatever it is they are going to do.

If you think your teen is any different, it may just be that they are doing those things so discreetly (or so deeply underground and behind your back) that you will never catch them out.

Reply
Upvote
I’m curious as to why you would even mention ‘motives’ regarding your husbands ex alerting him to these pictures. Sound like one parent keeping the other informed of some issues.
E
emh 2 years ago

Reply
Upvote
6 upvotes
I would have to side with your husband on this. You are acting like a friend.
First major red flag is her, and your allowing of, blocking you. I don’t think I agree with having passwords after a certain stage of development, nor do I agree with comments and so forth, but you’ve got to be at least allowed to see the page.
Please think about her digital footprint and future. These images are permanently out there.
Finally think about who else might think she looks beautiful in the photos. Would it be okay for a 15 year old to? How about an 18 year old. What about the predators in their 30s,40s and 50s who have access to her page, that you can’t even see... tread carefully.
M
mamamia-user-459038664 2 years ago