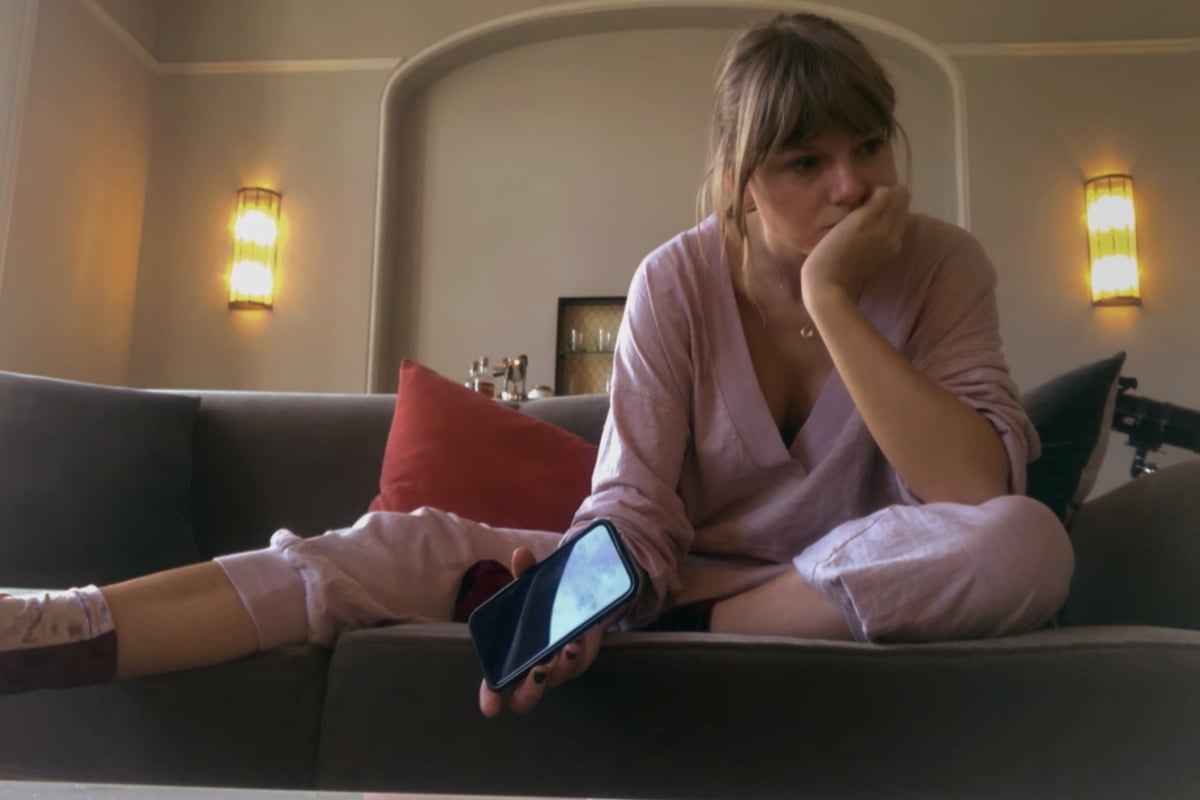 Taylor Swift, who was recently named Artist of the Decade by Billboard, has emerged as a trailblazer for women in the entertainment industry in the past years.

The nearly 90-minute film shows how the ‘Me!’ singer has so-cleverly carved out her own career, with a publicly fearless attitude yet with private insecurities that have followed her the whole way.

From motherhood to an eating disorder, Taylor Swift talks navigating her twenties with the public’s magnifying glass on her the whole time.

Here are 11 things we learned about Taylor Swift in her documentary Miss Americana.

The documentary recounted the infamous 2009 moment when Kanye West, an established rapper, stole the microphone from Taylor Swift as she was mid-speech, accepting her award for ‘Best Female Video’.

"For someone who has built their entire belief system on getting people to clap for you, the whole crowd booing was a pretty formative experience."

In 2018, Taylor Swift filmed herself as she received a call about Grammy nominations. Her album, Reputation, was not nominated for any of the "main categories", she was told over the phone.

Falling in love with Joe Alwyn.

Joe Alwyn, who Swift has been dating since 2016, only features in small snippets in Miss Americana. But she does reveal why she fell in love with the English actor.

"I was falling in love with someone who had a really wonderful, normal, balanced kind of life," she says in the documentary. "We decided together we wanted our relationship to be private."

Talking about falling in love with Alywn she simply says: "We were happy.

"It was happiness without anyone else's input."

As Swift talks about turning 29 in the documentary, the singer tells her producer Joel Little that she is "definitely not ready for kids".

"I’m definitely not ready for all this grown-up stuff," she adds.

Swift explains that she had an eating disorder, fuelled by her obsession with control and provoked by paparazzi photos.

"I’ve learned over the years it’s not good for me to see pictures of myself every day because I have a tendency… I tend to get triggered by something whether it’s a picture where I feel like it looked like my tummy is too big or where someone said I looked pregnant.

She continues: "I thought I was just supposed to feel like I was going to pass out at the end of a show, or in the middle of it.

"There’s always some standard of beauty that you’re not meeting. ‘Cos if you’re thin enough then you don’t have that ass that everybody wants. But if you have enough weight on you to have that ass then your stomach isn’t flat enough. It’s all just f**king impossible."

After winning Album of the Year at the Grammys for the second time, for 1989, Swift felt lonely.

The documentary also recounted the infamous scandal after Kanye West released his song 'Famous' which included the lyrics: "I feel like me and Taylor might still have sex. Why? I made that bitch famous."

Although Swift denied she had any knowledge those lyrics were being released, Kim Kardashian and Kanye West claimed the exact opposite, insisting he sought permission.

"When people decided I was wicked and evil and conniving and not a good person, that was the one I couldn’t really bounce back from because my whole life was centred around it," she says.

"When people fall out of love with you, there's nothing you can do to change their mind. They just don't love you anymore.

"I just wanted to disappear."

Taylor Swift was hugely influenced by the adverse impact experienced by the Dixie Chicks after they spoke out against George W. Bush. Hence, she decided to not "force her politics" on her followers.

Her decision to become political.

Swift changed her apolitical stance. This was fuelled in part by her sexual assault case in 2017.

"I just thought to myself, 'Next time there is any opportunity to change anything, you better know what you stand for and what you want to say.'"

During the midterm elections of 2018, the singer came out strongly in support of Democratic candidates and against Tennessee Republican and then-Senate candidate Marsha Blackburn.

Swift's decision wasn't without tense backlash from her own team, who argued that this wasn't the right move for Swift.

"It's not that I want to step into this, I just can't not at this point," she says, adding she regretted not campaigning against Donald Trump in the 2016 presidential election.

"I'm saying right now that this is something that I know is right and you guys need to be on the right side of history," Swift argues.

I’m writing this post about the upcoming midterm elections on November 6th, in which I’ll be voting in the state of Tennessee. In the past I’ve been reluctant to publicly voice my political opinions, but due to several events in my life and in the world in the past two years, I feel very differently about that now. I always have and always will cast my vote based on which candidate will protect and fight for the human rights I believe we all deserve in this country. I believe in the fight for LGBTQ rights, and that any form of discrimination based on sexual orientation or gender is WRONG. I believe that the systemic racism we still see in this country towards people of color is terrifying, sickening and prevalent. I cannot vote for someone who will not be willing to fight for dignity for ALL Americans, no matter their skin color, gender or who they love. Running for Senate in the state of Tennessee is a woman named Marsha Blackburn. As much as I have in the past and would like to continue voting for women in office, I cannot support Marsha Blackburn. Her voting record in Congress appalls and terrifies me. She voted against equal pay for women. She voted against the Reauthorization of the Violence Against Women Act, which attempts to protect women from domestic violence, stalking, and date rape. She believes businesses have a right to refuse service to gay couples. She also believes they should not have the right to marry. These are not MY Tennessee values. I will be voting for Phil Bredesen for Senate and Jim Cooper for House of Representatives. Please, please educate yourself on the candidates running in your state and vote based on who most closely represents your values. For a lot of us, we may never find a candidate or party with whom we agree 100% on every issue, but we have to vote anyway. So many intelligent, thoughtful, self-possessed people have turned 18 in the past two years and now have the right and privilege to make their vote count. But first you need to register, which is quick and easy to do. October 9th is the LAST DAY to register to vote in the state of TN. Go to vote.org and you can find all the info. Happy Voting! ????????????

Oh. Taylor Swift didn't have a burrito until she was 26.

Swift got through 26 years of her life without ever eating a burrito and that's a... concern.

She made the admission during a studio session with her producer, Joel Little, saying she didn't have a burrito "until like two years ago."

She now enjoys them with tortilla chips inside, for that extra "crunch".

Taylor Swift is the Queen of Reinvention. In the documentary, she explains why.

"We do exist in this society where women in entertainment are discarded in an elephant graveyard by the time they're 35," Swift explains.

"The female artists that I know of, have reinvented themselves 20 times more than the male artists. They have to, or else you're out of a job."

You can watch Miss Americana on Netflix now. It is available here.

All of this is fascinating but I can’t believe she didn’t eat a burrito for most of her life! That’s just plain sad