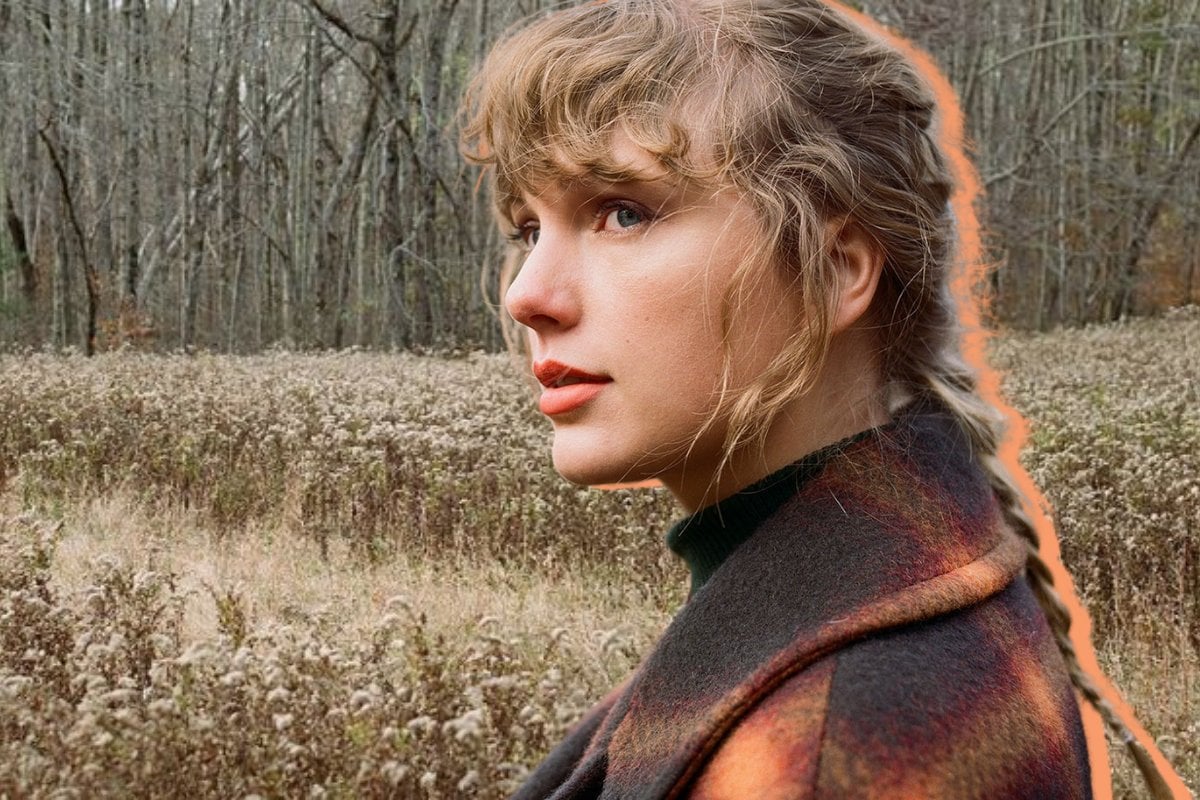 Over the past week, I have had a lot to do. We're close to Christmas; I need to go shopping, I need to finalise plans, and I need to work out how to make a pavlova.

But I have done absolutely none of it because Taylor goddamn Swift released another surprise album, evermore, on December 11. It's her second in 2020, after July's folklore.

It's been incredibly inconvenient, actually, because when Taylor Swift releases an album, I am rendered useless for at least three days. Those days are dedicated exclusively to listening. There are stories to decipher, lyrics to learn and emotions to feel over situations I cannot relate to on any level. That's just how it's gone since I was a 16-year-old with Fearless on repeat for six months, and I shan't be changing now.

We've come out the other end of those three days now. I can successfully recount the entire double-murder storyline of 'No Body, No Crime', but I still don't know how to make pavlova.

I've realised a running theme throughout evermore. The songs make me - and everyone else, according to my deep internet lurking - feel existential.

It's the kind of album where you imagine yourself sitting on a train - probably to nowhere, because that feels very Taylor - and just... thinking.

So in a bid to continue my sabbatical of actual work, I present this very important ranking of Evermore's 15 tracks by how much I envision myself staring out a train window while listening to them.

Self-reflecting, Taylor sings about 2016 - the peak of that Kimye drama and that now infamous summer, featuring a Marvel character in a singlet - and how it all lead to her being here now... genuinely happy.

"Past me / I wanna tell you not to get lost in these petty things / Your nemeses will defeat themselves / Before you get the chance to swing," she sings, and we bop.

A total banger, but not great for my very specific criteria of 'I'm feeling emotional on a train'.

If I had just avenged the murder of my friend Este by killing her husband and framing his mistress, I'm not getting a train.

I'm hiring a bad arse muscle car and driving around like I run the damn world.

The scratchy, industrial beat and pacing of 'Closure' would make my existential train feel like it's coming off the tracks. That's an entirely different metaphor and would require a very different list.

When listening to 'Willow', you may very well be on a train. But it's not an ~existential~ train, because you're singing "THAT'S MY MAN" over and over and its wholesome and sweet and happy.

'Gold Rush' is my favourite on evermore.

If I was 16 again, I'd definitely use this as one of those songs where I pretend I'm ~just an average girl~ on a train to meet, uh, Harry Styles for example. And he'll obviously fall in love with me.

"What must it be like / To grow up that beautiful? / With your hair falling into place like dominos."

'Dorothea' is emotional but also... fun. It's the sister song to 'Tis the Damn Season', which we'll come to later, about being stuck in your boring hometown watching your high school love make it big in Hollywood.

The "DoOoOroTHEEEA" is *chef's kiss*, but you don't need to be on a train for this one. You're already in the hometown waiting for her, ya know?

When listening to 'Cowboy Like Me', I imagine me and my swindling partner are on a train to another town because we've successfully fleeced every wealthy person in the one we were in.

We're the greatest swindlers in the country. That's why this sounds like it's set in a fancy whiskey bar. Because we can afford fancy whiskey now. Because of the crimes.

The only reason 'Marjorie' is sitting mid-place on this list is because I don't want to think about this song when on a lonely train ride.

'Marjorie' is about Taylor's grandmother, an opera singer who died when her granddaughter was 13. The only people who won't cry to this have ice hearts, or have never experienced loss.

Nup. I can't be on an existential train while listening to this one. I need a hug.

On first listen, you're like, 'another sad song'. But one of Taylor's favourite tricks is to change lyrics in the final chorus, which she does with 'Evermore' to reveal it's actually a happy ending.

Still, I'm definitely gazing out a moving train window for the rest of the song. Especially when Bon Iver's falsetto joins in for one of my fave bridges.

The protagonist in 'Ivy' is married but there's someone else and their 'pain fits in the palm of the other person's freezing hand'. It sounds like a pretentious New Yorker short story and I love it.

We're in the first-class train cabin for this one.

There's nothing more Taylor than titling a song 'Happiness' and making it a gut-wrenching breakup ballad.

This one is about a very mature breakup, where there was no explosive moment but more of a long... falling out of love, and the conflicting emotions of dealing with it all.

"There'll be happiness after you / But there was happiness because of you," you hear, as pouring rain and probably a little thunder go on outside your existential train window.

I could make a PowerPoint presentation on why 'Tolerate It' is Taylor's saddest song ever (excluding songs about cancer and death, for... obvious reasons).

But yeah, the 'fancy dinner table sh*t' from 'Tolerate It' has surpassed the scarf from 'All Too Well' as my ultimate SAD Taylor motif. It's just such a specific yet relatable pain.

Hopefully, the train in which we listen to 'Tolerate It' is heading straight to therapy.

I'm in a pretty stable long-term relationship and this song has even me feeling like I should call an ex boyfriend.

Taylor chose chaos releasing this one so close to the holidays, when people are back in their hometowns and feeling ~vulnerable~.

"We could call it even / You could call me 'babe' for the weekend / 'Tis the damn season, write this down / I'm staying at my parents' house / And the road not taken looks real good now."

A much healthier way to make it through this particular existential crisis is to just imagine yourself as Dorothea - whose perspective the song is told from - and you're a lonely but glamourous TV star. I mean... it worked for me. I have contacted no exes thus far!

Outside this window is... obviously Coney Island. Please wear a mask on this train.

'Coney Island' is such an existential train window song. Like, you're on one particular train and Matt Berninger from The National is on another. There's a music video, and the cameras fade between you and him, staring out of individual windows not knowing the trains are passing each other.

I've never personally rejected the proposal of a long-time love, but 'Champagne Problems' makes me feel like I have, so I'm staring out the window of a train, running away from the absolute chaos left in my wake.

His sister bought fancy wine and his mum's wedding ring is forever tainted, because of me!

"Sometimes you just don't know the answer / Till someone's on their knees and asks you / 'She would've made such a lovely bride / What a shame she's f**ked in the head', they said / But you'll find the real thing instead / She'll patch up your tapestry that I shred" is perfectly melodramatic.

'Champagne Problems' the definition of an existential crisis, and I'm never getting off this damn train.

Do you agree with this ranking? Let us know in a comment.