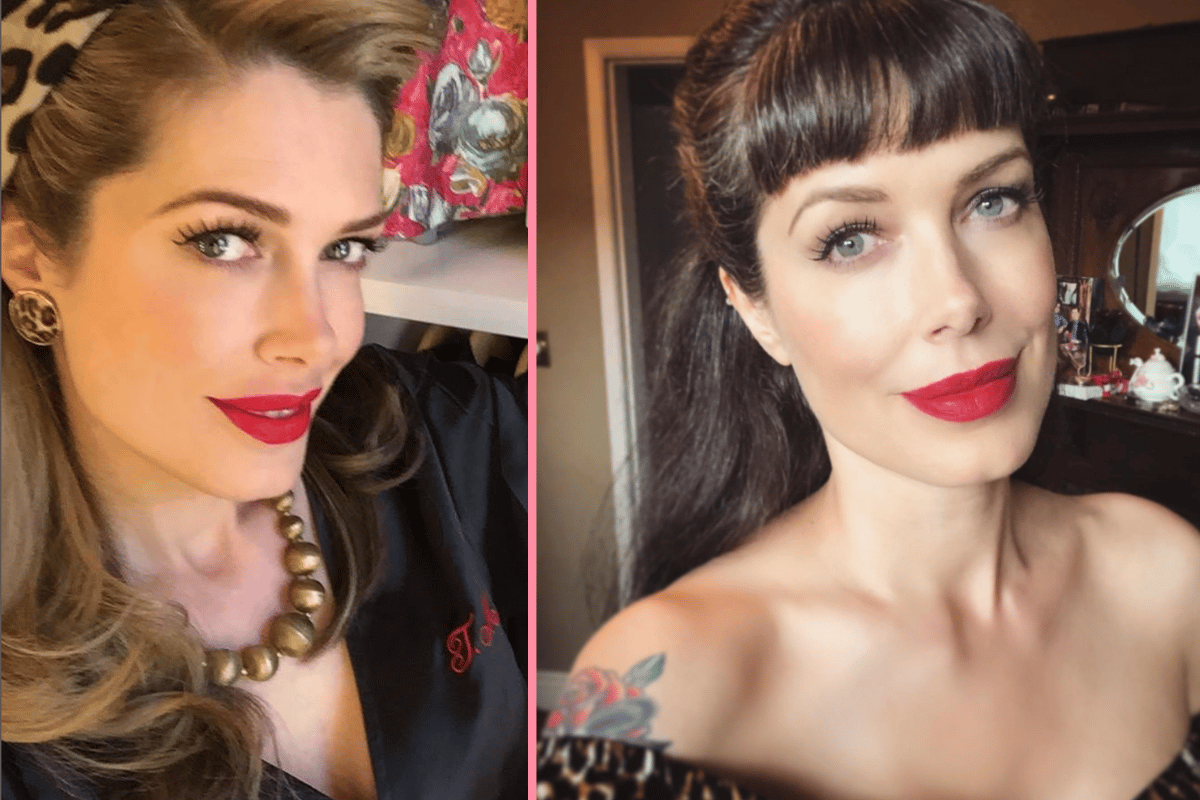 Before she was an author and disability advocate, Tara Moss was a model. An objectively beautiful woman, Moss modelled across the world for most of her early years after being 'discovered' in her hometown in Canada.

For most of her life, Moss was someone who was very visible, and used to being visible. Someone who would walk down the street and she would garner attention.

And it also left her fighting for the recognition she deserved, especially when it came to writing crime fiction novels. As she said recently: "I have experienced times where my appearance has made people underestimate me and they have told me that later."

For Moss, who is now in her 40s, ageing has coincided with her disability. And as she explained on Mamamia's No Filter podcast, it's something she has clocked onto and is now okay with.

In one way, Moss has actually become more visible thanks in large part due to her use of mobility aids like a walking stick and wheelchair.

"The old experiences just feel like another lifetime ago. I know it's the same lifetime, but they do feel a very, very long way away."

As Moss said, she's started embracing the process of ageing, saying there's no sense fighting it. And given all that she's endured with her health, being able to celebrate each birthday is a success in of itself.

"I'm really interested in the 'new'. It's a new experience. Do I want to be disabled, getting older and growing out my grey hair at the same time? Maybe that's taking on too much," she laughed.

"But that's what's happening. I love my silver hairs, I feel so much more comfortable in my own skin. It's something that has come with age - that contentedness with knowing who you are."

As Moss wrote on Instagram: "Salt and pepper for the win!"

"Being incredibly comfortable in my skin is just incredibly valuable," she said.

It's a long journey from Moss' 20-something-year-old self who struggled with the fact her looks were a major component of her value.

For Moss, a lot of her health doesn't present as something physical - as it's mostly internal. And that in of itself proves to be a struggle for so many trying to find validation and understanding given the chronic pain they're experiencing.

"We have the assumption when we see people in wheelchairs that it's paralysis that gets them there, but there can be a variety of reasons. For example, when I'm at the supermarket in my wheelchair, and of course everything I want is on the top shelf, I'll go alright there's no one here to help me, I'll have to stand up. It's almost like a joke, you can hear the people in the background [who are shocked] because we don't see that," Moss explained.

"We don't understand how mobility works and that's why I'm so public with advocacy."

Another aspect of Moss' positive relationship with ageing is the fact she lost her mum when Moss was in her teens. Because she knows firsthand what a blessing it is to grow old, when those you love have died far too young.

"I have come around to a feeling that I've lost certain memories and opportunities with her, but I still feel very connected with her. I feel her presence and I feel the love. I haven't always felt like that – the grief did get in the way," Moss explained on No Filter.

"She's in my DNA. She's in my bones. I see her in my own face and reflection, especially as I get older. I am older now than she was when she passed on. I will sometimes just catch my reflection as I'm walking past [a mirror] and go 'I look like her'. I've grown into that age."

Talking about what it's like to now be older than her mum was when she passed, Moss said it was a surreal experience.

"It was a difficult turning point because so many things were changing in my life at the time, but it also felt unfair. She didn't get the time she deserved. I have reached a stage now where I don't use the term loss now, just I know it doesn't fit right with me anymore. She made me, she's still with me."

She continued: "I always take time to remember those moments and those days [associated with her]. She stays alive for us in so many ways."

Listen to the bonus episode of No Filter where Mia Freedman speaks with Tara Moss about being a romantic, how she met her now-husband, and how she found herself kicked off a dating website.  Exclusive to Mamamia subscribers, listen here.