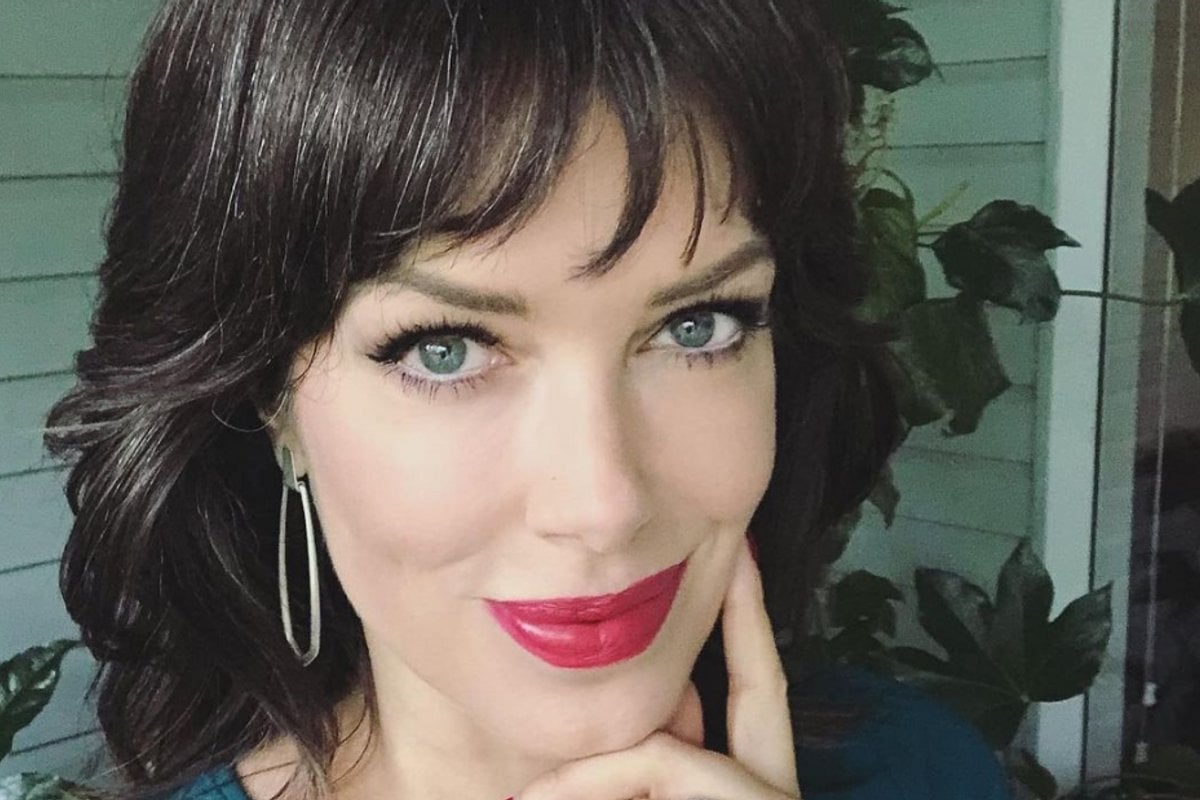 In 2002, 28-year-old Tara Moss found herself in a small hotel room hooked up to a lie detector machine.

The reason? To find out if she really was the author of her own books.

Having worked as a photographic and catwalk model in a number of countries, Canadian-Australian Moss quit the modelling industry at 25 and published her first crime novel, Fetish.

It was an instant hit.

Yet there were a number of naysayers who could not fathom how a model could actually write a book. She was deemed 'too beautiful' and 'too blonde' - and therefore 'too dumb'. It was the old adage; beauty versus brains. Heaven forbid you should have both.

Rumours began to circulate that the novel was ghostwritten, or written by a boyfriend, or that she had plagiarised the work.

The rumours grew louder when she published her follow-up novel, Split, in 2002. So when a journalist called and asked if she would take a polygraph, she said, "Bring it on."

"It's quite surreal now, because that was 20 years ago," Moss, now 48, recalls to No Filter host Mia Freedman.

"I was a one dimensional photograph in modelling photos that were paying my bills, paying my rent... and I'd put out a book. And some people had difficulty figuring out how the two things could go together.

"Of course, logically, anyone knows that having a photograph taken of you is largely not even about you. It's a process. We're all able to be photographed."

The truth was that Moss had wanted to be a writer since she was a child and had written pretty much every day of her life. For her novels, she spent countless hours researching, editing, and plotting.

In the end, a 30-page report detailing how Moss passed the lie detector test with flying colours was produced (and is now collecting dust somewhere in a cupboard).

"We do want to categorise people. We do that across gender lines, racial lines, lines of disability, all of these different areas," she says.

"But we do it to people in different ways. And for women, there's a whole 'does she have brains or is she pretty' dichotomy. It doesn't correlate with real life, of course."

Even though the lie detector test became a defining moment in her career, Moss acknowledges that it "seems like another lifetime ago. That really isn't something that's a concern in my life now. But back when I was in my 20s, I guess some people found that hard to reconcile. And that's weird to me."

Fourteen books later, and it's safe to say that the rumours have been firmly quashed.

However, proving the veracity of her claims in another area of her life can sometimes be troublesome.

Five years ago, Moss suffered a hip injury and was diagnosed with a condition called Complex Regional Pain Syndrome (CRPS), leaving her using a walking stick and wheelchair.

CRPS affects the nerves and is known as one of the most painful conditions in the world. Moss says she is in constant pain, and must manage the level of pain each day.

Due to the relative "invisibility" of her disease, people can sometimes question her disability.

"We have a lot of misconceptions about disability," she says. "And that affects the disability community and myself and also people with chronic pain. It affects us in a lot of varied ways. And a lot of those are negative ways.

"It may affect the way we are treated when we're having a pain flare, lack of understanding because it's not visible... people don't know what to do because they don't understand it. And they are looking at you and thinking, 'this doesn't fit with my idea of how any of this works'."

"It may be as simple as you go into an emergency ward and they also don't know because they're used to dealing with people who've been through really traumatic, physical, external - and internal - but externally visible injuries," Moss says.

"We're used to that, we see that in movies, we see people using wheelchairs in movies, and we have the assumption that it's paralysis that's got them in a wheelchair, and that there are no other types of wheelchair users.

"I don't have paralysis, I have CRPS. It might be the same for someone with MS or other disorders that affect their ability to ambulate. But it doesn't mean they can't walk across the room. And so, if you're in the supermarket, and I'm wheeling down the aisle and all the stuff I want is always on the top shelf, always. And I'll sit there and I'll look around and go like, 'All right, there's no one to help me', which I always hate anyway... And I'm like, now I'm gonna have to stand up. It's almost like a joke: you can hear the people in the background, 'Oh, it's a miracle! She can stand!' Because we've seen those memes.

"We actually don't understand how mobility works. And this is why I'm so public about advocacy to do with normalisation of mobility aids."

Listen to the bonus episode of No Filter where Mia Freedman speaks with Tara Moss about being a romantic, how she met her now-husband, and how she found herself kicked off a dating website.  Exclusive to Mamamia subscribers, listen here.