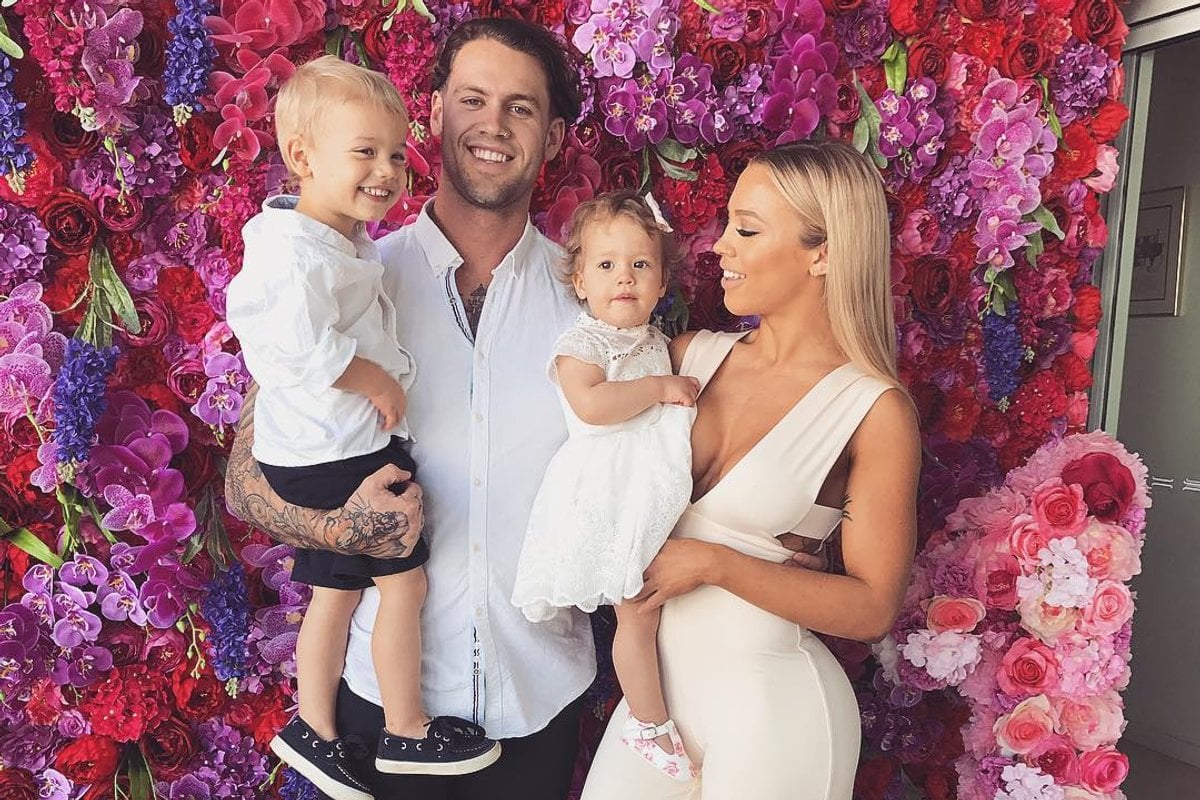 Australian influencers Tammy Hembrow and Reece Hawkins called off their engagement back in 2018. They had been dating for four years and share two young children.

Since their relationship ended, Tammy and Reece have grown their careers, started new relationships and continue to co-parent five-year-old Wolf and four-year-old Saskia.

Here's what their lives look like two years on.

Tammy Hembrow is considered one of Australia's most successful influencers. At the time of publishing, the 26-year-old has 11.6 million Instagram followers and 1.3 million YouTube followers.

Since her relationship with Reece ended, she has continued to grow her social media and manage her two companies: a fashion label named Saski Collection and her fitness company, Tammy Hembrow Fitness.

For a period after their breakup, Reece and Tammy didn't communicate. But two years on, the parents are on better terms.

"Me and Reece weren't getting along for like the longest time," Tammy said in an Instagram video in February.

"We broke up so so long ago now and it took us pretty much this long to start getting along," she added.

Uploading a video to YouTube titled, 'Bf/gf tag | Meet my boyfriend!' Tammy introduced her beau, told the story about how they met and shared some sweet stories from their relationship.

The couple, who met in Bali last year, also shared who said "I love you" first.

Since his four-year relationship ended with Tammy, Reece has been doing his own thing.

The 25-year-old has grown his social media following and co-hosts a podcast with another Australian influencer, Mitchell Orval, called Two Open Books.

On August 1, the couple announced their engagement and, one month later, they shared that they were expecting their first child together.

"Been busy growing a baby in my belly with this one. What about you?" London wrote on Instagram in September.

However, after all the congratulatory comments, London received some backlash as she started asking fans to pay $14.99 to see her growing baby bump on OnlyFans.

"I have chosen to show detailed parts of my pregnancy on that platform because I've had to experience harassment and bullying for the last two years over my relationship with Reece," London told The Daily Mail.

"I have 100 per cent control of my profile and what people have access to and comment on. I never said it was compulsory. People can choose if they wish to subscribe or not," she added.

London has since lowered her monthly rate to $9.99 on the subscription service and regularly posts belly photos on her Instagram for free.

Although neither London nor Reece have announced when the baby is due, we assume it will be sometime early next year.

When it comes to co-parenting his five- and four-year-old, Reece has shared that he sees Tammy regularly.

"I see her every week, when I drop the kids off or pick them up, we communicate by text or phone," Reece said in a YouTube video.

"Of course, we still have our ups and downs, but we're doing pretty good now, we are on good terms," he continued.

"She's the mother of my kids and I have respect for her for that," he added.