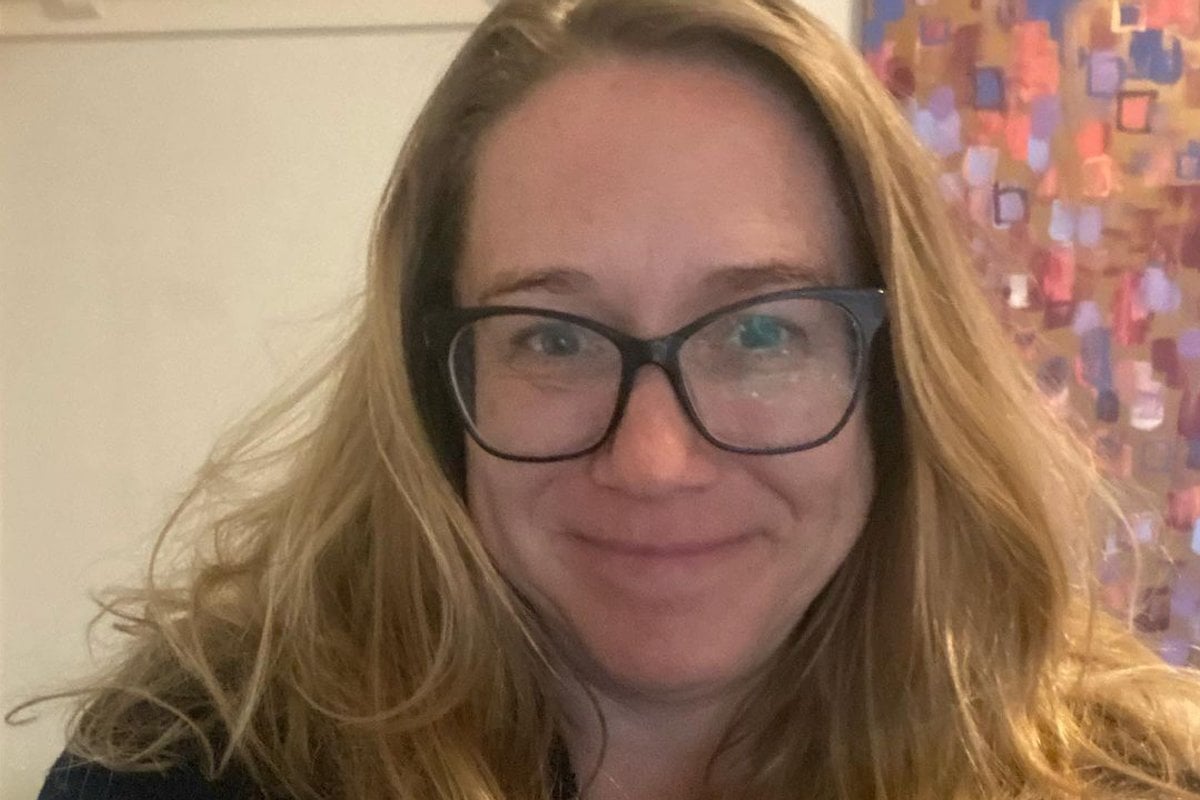 They're the most loaded three words. The lead-in to a million mum-splaining statements about how the world looks so different after parenthood. You couldn't possibly understand, non-parent. Pat on the head for you.

"As a mother... it really upsets me to see children suffering."

"As a mother... I just had to dash out and grab that falling child's hand."

But today, I'm doing it.

Because "as a mother", I don't know where to start talking to my children about this latest crowning wave of reckoning about sexual assault. Around schools. Around workplaces. Around the most powerful office in the land.

"As a mother", I'm specifically struggling with how to explain the news cycle to my 11-year-old daughter, who's interested in everything, all the time.

The radio's on in our house in the morning, playing in the kitchen while breakfast is made and lunchboxes are packed. I'm multi-tasking, being across the news is part of my job, and Brent is distracting himself from trying to untangle inexplicably looped shoelaces.

It's on The Quicky headlines, and it's on ABC news radio, and this week, neither of them have helped me when it comes to my daughter, who's skulking around, hoping to influence snack choice.

"It's sex against your will."

"Why would anyone do that, Mum?"

"I guess it makes them feel powerful."

"No. It makes them criminally dangerous. And cruel."

They're hardly big enough words for the weeks when we've heard that a young woman in Parliament House was found semi-dressed by security guards on the lounge of a Federal Minister's office with no trace of the man who brought her there, talking his way past the protectors.

As the nation now knows, that man allegedly raped Brittany Higgins and left. Apparently, no-one thought to ask where the woman he arrived with had gone.

The news is also on at bedtime, in that period when the kids are meant to be in their rooms but keep popping out, like meerkats, any time they sense there might be a tremor in the force... or a teaching moment that will keep them up and out of bed for a few more minutes.

"Mum, what's the Prime Minister got to do with it?"

"Well, people say he didn't know that this woman was attacked in Parliament House."

"Why does Daddy call him a spineless prick?"

Time to change the channel.

Listen to Holly on This Glorious Mess, Big Kids. Post continues below.

There's nothing fresh about the debate on whether to shield children from the horrors of confronting news but there's something that feels particularly urgent this week. And it's something about young girls and what they need to know to arm themselves for the world that's waiting.

"Mum, why are they talking about schoolgirls?"

"This young woman has started a movement to expose stories of sexual assault in schools."

"Don't worry, darling. Do you want some chips in your lunchbox?" Backtrack, backtrack.

"People get sexually assaulted IN SCHOOL?"

"Well, not just in schools, M..." I say, taking a deep breath for my considered take on Consent and education, that I had over-stepped the mark with the word 'schools'.

"Where else?" And my daughter's eyes are flashing, and she's standing up, and she's so outraged by the very idea of people doing this new word she has just learned, to women. Women and girls.

And I don't want to tell her the truth.

In bars, darling. At your swimming pool, darling. At cafes and bars where you might go to have fun. And at work, often at work. Sometimes, in your own bed, or in your own house. Darling, girls have been sexually assaulted in church.

None of us can live like that. And least of all an 11-year-old who is just beginning to put her itchy feet outside of the door without her parents' continual vigilance. It's the start of her autonomy and independence. And it's glorious.

Where are you going with this, Holly, As A Mother?

"And why didn't anyone help her?"

More words not to say: "Because they didn't think there was anything even remotely high-risk about a senior man signing an obviously alcohol-impaired young woman into the nation's most secure building and then leaving without her. Because young women have very little value. Especially drunk ones. Especially drunk ones working in a competitive, intense, all-male environment. Fresh meat, and all that."

I didn't say that because it's terrifying for a young girl to stare down her worthlessness.

"Is the Prime Minister going to get in trouble?"

"Probably not. He's the one who gets people in trouble, darling."

And my daughter wanders off to find the dog, blissfully unaware of the rumbles beneath our feet that might just shake the status-quo loose, but are equally as likely to be smoothed over and dismissed as the actions of a few bad apples.

"As a mother", I don't know what to do with all the signs my daughter is internalising that young women's voices are only raised in fury against horror.

I don't know what to do with the information that caring about violence against her is somehow a politicised choice, not a legal issue.

And I don't know what to do with the glaring failure that sits with my own generation of women, who may be guilty of raiding an entirely new generation of young, privileged boys who think that sex is something to take from a woman when she is unable to protest otherwise.

But "as a mother", I have to figure it out. My daughter's generation deserve it.

Want to read more of our parenting content? You can find all our best stories over here.

H
hayleyfive a year ago

Reply
Upvote
4 upvotes
Really?  “an entirely new generation of young, privileged boys who think that sex is something to take from a woman when she is unable to protest otherwise”.   Really?  A “whole generation of boys”? Or a minority?
We need to make our daughters aware of the risks, to equip the confidence and skills to say no, just as we need to educate our sons. But we do not need to be demonising a whole generation of boys. What good is that doing anyone?
C
cat a year ago

Reply
Upvote
If you don’t tell her the truth, she will learn it soon enough anyway. Within years. And then you will have lied to her.
The least we can do for young girls is tell the the truth, not leave them to discover it slowly and horrifyingly.
Better still, make her father tell her.
K
katp a year ago

Reply
Upvote
1 upvotes
@cat agree. Definitely tell the truth. Parents need to be the expert or kids will start to look elsewhere for their information.
C
cat a year ago

Reply
Upvote
@katp exactly- if parents gloss over the reality, kids just end up feeling like they have to maintain those lies. That’s when we get victims staying silent to protect everyone around them from the truth and bear it all on their own.
G
gu3st a year ago

Reply
Upvote
2 upvotes
@cat
"Better still, make her father tell her."
Why? Do you know something about Holly's husband that we don't?
As the father of daughters (couldn't resist), this isn't a conversation that I'd relish, nor shirk, but I'm just curious as to why you think it's be better delivered by her father?
C
cat a year ago

Reply
Upvote
@gu3st because women spend their lives trying to explain away why men hate us and I think men should have to do it for a change.
And perhaps every father who has to tell their daughter that she lives her life in danger and have her ask why will be inspired to actively campaign for change. Maybe their daughters question will be in their head every time they’re at work or in a pub or in parliament and they ask themselves if they would trust the men around them with their daughters safety.
And because Hollys daughter should learn, from the very first, that rape is a male problem and that she has the right to expect every man to do everything they can to end it. And that she can demand accountability from any man who contributes to rape culture in any way. We are done with it being secret women’s business, that men can avoid thinking about, and that should start in homes.
News
General
Opinion
True Crime
Politics
Sport
Explainer
Entertainment
Celebrity
Reality TV
Movies
TV
Books
Rogue
Royal
Lifestyle
Beauty
Fashion
Weddings
Home
Wellness
Health
Fitness
Travel
Food
Parents
Before The Bump
Pregnancy
Baby
Kids
Teens
School
Parent Opinion
Work & Money
Money
Finance
Career
Lady Startup
Relationships
Sex
Dating
Separation
Friendship
Family
Real Life
Couples