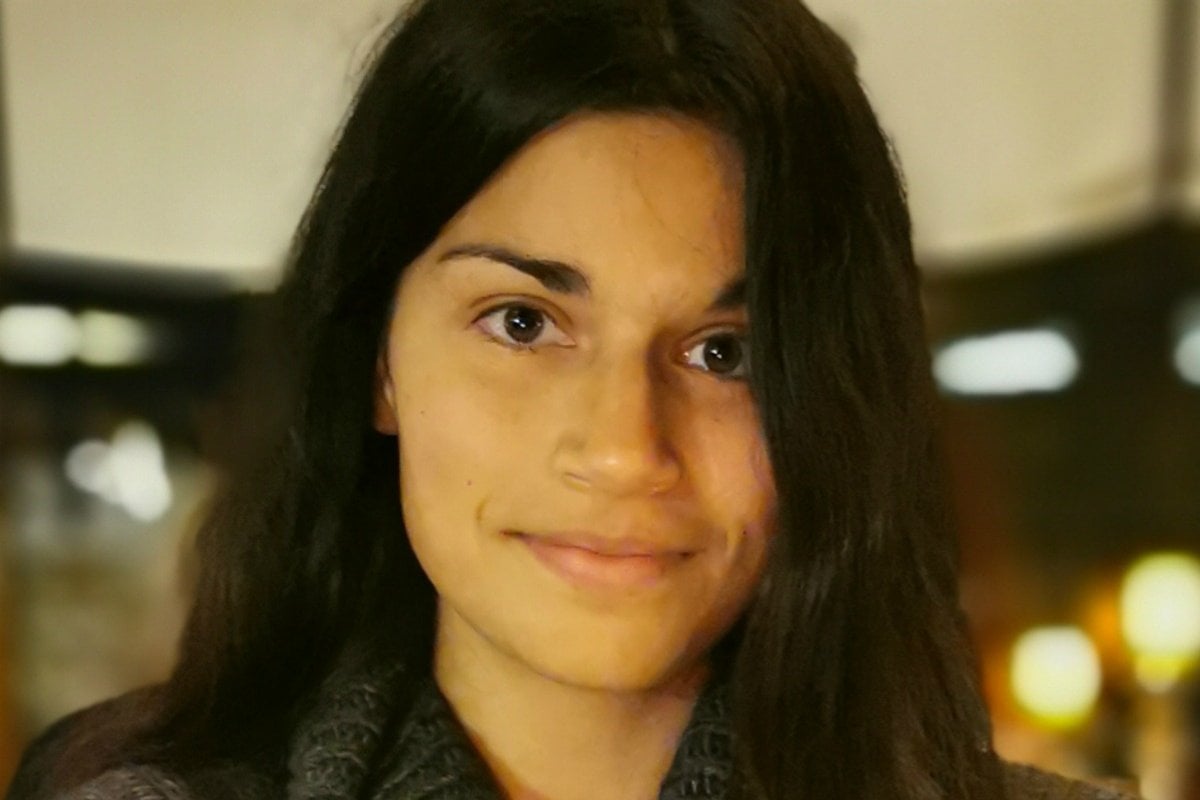 From the outset, let me say this: I, too, am privileged.

I attended a Sydney private girl’s school in the exclusive Eastern Suburbs for seven years. I started in Year 6 as the recipient of an academic scholarship.

Regardless of that, my parents wanted me to have the best education possible and were willing to sacrifice everything. I come from a modest family. We don’t value material items, but do value travel and experiences. I grew up in Kensington, a cosy suburb admittedly in the east, but what feels like a world away from the mansions many of my peers lived in.

And with that, let’s first talk about the financial costs of attending a private school. Tuition alone at many Sydney private schools costs over $30,000 per annum. What people don't talk about enough, is how that's only the beginning. We then had strict uniform policies, meaning parents had to fish out thousands on blazers, bags, sports uniforms, hair ribbons and felt hats (yes we had to wear them and yes we looked like Madeline). You get the picture.

And with an expensive uniform came high standards. Breaching any rule (for example: not wearing our blazers or hats in public, eating or drinking in public, dress above knees) would land us a Friday detention. There were times where teachers would make us kneel before them to measure our dress lengths. I found that truly humiliating.

By the end of Year 6, I had settled in to the school, but I cannot deny the environment changed me. I developed a serious eating disorder and suffered from anorexia throughout Year 7 to Year 9. Like most young teenagers, I felt the pressure to look 'skinny'. There were lunchtimes where girls would sit in a circle and eat nothing, and I just joined in. This goes for many girls-only schools, and while it's not necessarily a causal effect of having gone to a private school, my environment did seem to have a toxic influence on my self-esteem.

There were also expensive school excursions. In Year 10 for a commerce excursion we went on a Sydney Harbour Cruise and had three hours ‘free time’ to explore Harbourside Mall in Darling Harbour to ‘collect data’ about small businesses. Ultimately, students just ended up buying clothes, jewellery and food for the day.

Art and History were trips offered to Europe, as they often are at private schools, costing a small fortune. I must admit, I did benefit from the private school connections. In Year 10, I was selected for an exchange programme, where I lived in a tiny German town for three months with a host family and developed my German skills. This is an opportunity I might not have had if I'd never attended a private school.

It was an education steeped in wealth. I often felt like I never truly fit in. It didn’t faze me too much, but at times I felt about it. My mum and dad preferred to skip social functions at the school because they didn’t have much in common with other parents, so I never got to really develop close bonds with a lot of my peers in the way others did. I never went away with my friends to their Palm Beach second homes. I never went to fancy cafes to join my peers for $25 breakfasts. I never attended the exclusive weekend parties, which were the source of gossip for the following weeks.

With that said, parents get what they pay for, and that's more than just reputation. I was given countless opportunities during my school years. I took part in many co- and extra-curricular activities provided by the school. I debated, played chess (I was a nerd), participated in academic competitions and a cultural school exchange programme, performed in inter-school musicals, played sports, mentored and volunteered. In essence, I received a great education. Class sizes were cosy, with one teacher for every 10-15 students on average (some of my classes even had a whopping three students in my senior years). I could consult my teachers whenever I needed them and they would do whatever they could to help and support me. I developed incredibly close bonds with my teachers, who still influence my life choices. For all of the above I am grateful.

I think as we all reached our senior years, our privilege became something we talked about more and acknowledged. But that didn’t stop it from existing. I often wonder whether my life would have been different had I attended a different school.

I don’t completely resent my high school years. I am beyond grateful for having received the education I did. I was given every opportunity. I just wish that I could tell people that I went to a Sydney private school without having to follow it up with a “but I swear I’m not a private school girl”.

Reply
Upvote
6 upvotes
It makes my blood boil when when we get sweeping statements that claim all children that go to a private schools are from privileged backgrounds.  That statement belittles parents who work hard just to be able to send their children to schools of their choice.  These parents also pay taxes.
The "free public" education in Australia is being funded by millions of people in Australia that may never have children.   Should we give them their taxes back?
We all pay taxes that go into making Australia better place and we don't get benefit from everything our taxes pay for.   Lets get a little perspective and tolerance on this topic.
laura__palmer 4 months ago

Reply
Upvote
@mat I didn't say all. I said "full of", which they are. The parents that can afford these schools are, typically, very well off. So please don't pretend otherwise. Working class people simply can't afford them, even if their kid gets a part scholarship.
If public schools were properly funded, parents wouldn't need to struggle to send their kids to a private school, the public school would be able to fulfil their needs and all children would get the same opportunities, not just those whose parents can afford to pay (and, if you can afford these fees, even if you do "work hard", you are pretty well off. I make a good middle-class income and I couldn't afford these schools in a million years)
There are lots of things that our taxes go to that we might not necessarily use, that is the nature of tax. A well funded public education system leads to a well-educated country and that is good for everyone. It shouldn't be going to private businesses, even if they are schools.
So, please tell me again, why should tax dollars go to funding private businesses?
guest2 4 months ago

Reply
Upvote
1 upvotes
@mat Exactly.  I knew many nurses who worked double shifts, nights shift etc in an effort to pay for private school fees.   When at the shops today, I wonder if the young girls (from a top private girls school) working in the fruit and veg shop during the school holidays felt they were suffering from privilege.  Instead of slagging off all private schools kids as wealthy and privileged, the questions should be why are public schools on the nose?
bittersweet 4 months ago

Reply
Upvote
2 upvotes
Personally, I want my taxes to go where they will have the greatest positive impact on our society and economy.
I believe that Government money spent on schooling should achieve the most positive outcome for society as a whole. Generally speaking, kids from higher socioeconomic backgrounds outperform kids from lower socioeconomic backgrounds, regardless of what type of school they go to. So I would like the Government to redirect more education funding to kids who actually need extra resources and assistance to have a fair go.  Investing more money in educating those kids and giving them better opportunities should give a better return on money for our society and economy than spending it on kids who will be fine even if they receive less government funding for their education.  I don't care how that is achieved - whether it is by public or private schools, but to achieve the greatest bang for buck,  it should be delivered in the most economically efficient way possible.  Unfortunately, I would suggest that the current system falls well short of achieving this.
guest2 4 months ago

Reply
Upvote
3 upvotes
@laura__palmer your arguments could be used about private health care as well.  The private health rebate could be scrapped and that money poured into the public system.    As for private schools, there are Catholic and other Christian denominations which aren't uber wealthy, nor are the parents, so should they be penalized as well?
laura__palmer 4 months ago

Reply
Upvote
2 upvotes
It just makes my blood boil that these privileged schools, full of kids with extremely wealthy parents, get taxpayer funding. It's just wrong. They are private businesses catering to the wealthy and they should be completely self-funded, with ALL public money going to public schools so that ALL kids can have a good education, including those in lower socio-economic areas.
guest2 4 months ago

Reply
Upvote
2 upvotes
@laura__palmer You could pour every red cent into public education and that would still be no guarantee that those students would receive a good education.
laura__palmer 4 months ago

Reply
Upvote
@guest2 Research says otherwise. Robust and well funded public education systems are good for society. I work in education, so I'd rather not have you arguing the point when it's clear you haven't done one minute of research on this topic, based on your comments on this thread.


One only has to look at how our educational outcomes have slipped as more money has been funneled away form public schools in favour of private ones.
guest2 4 months ago