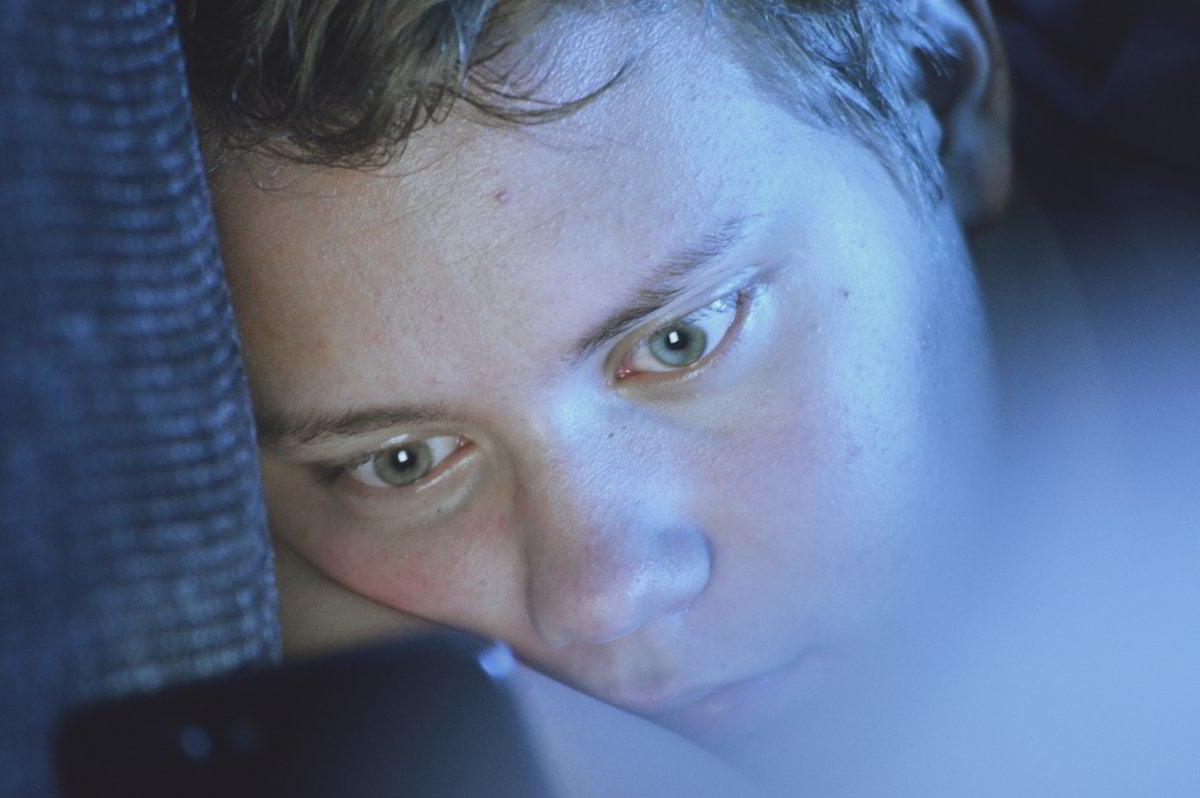 It was Tuesday evening at the end of what seemed to be a beautiful Spring day.

Susie’s* family-of-four was sitting around the dinner table - as they do every night - when her 12-year-old son reflected on his day.

Earlier, in the playground at school, he watched a man kill himself on YouTube.

“My son isn't on any social media,” Susie explains to Mamamia. “A friend of his was telling him about it, and I guess curiosity got the better of him.”

You may have heard the news. Late in August, a man live streamed his death to Facebook. It has since been shared to a number of other social media platforms and in the past few days has been widely reported by mainstream media organisations, with news that children were seeing the video in increasing numbers. Susie’s son could see there had been hundreds of thousands of views.

The American man in the video explained his girlfriend had broken up with him, before he died by suicide.

“I was gobsmacked. I had no words when he told us,” she explains.

“Luckily, my husband stepped in, because I was just in complete shock that this would even happen on social media.”

Also at the family dinner table was their 11-year-old daughter. Susie explains her children had no real understanding of suicide prior to Tuesday, and adds: “We don't even understand it as adults. How can we expect a child to understand it?”

When Susie and her husband checked their phones that night, they saw the school had sent out an email informing parents of the video, and offering whatever help they could provide, including counselling.

Side note... Here's how to talk to people with anxiety. Post continues below.

On Wednesday morning Susie asked her son, who attends a high school in Sydney, how he was doing in light of the video.

"He said he was okay," she explains, but added it was, “a really hard thing to unsee”.

Susie responded to her son: “You might be okay now, but know that tomorrow, next month, five years time, ten years time, or whenever, if you're not okay, you've got our full support and we're here to talk to you.”

As for how she’s coping herself, Susie shares: “I've been walking around in a fuzz all day.”

“I'm just in shock, and I feel like my job as a parent is getting harder and harder every day. Because I don't have the answers.”

Nonetheless, she feels lucky her son even told her and her husband.

“I just thanked him for being really open with us and for trusting us to tell us this.

“There's likely a lot of kids who have seen this video who have not told their parents about it… They probably don't have that open line of communication with their parents or don't know how to even bring that up.”

The video has gained widespread attention, including from Prime Minister Scott Morrison, who specifically took aim at TikTok - a social media platform with a particularly young audience.

The laws and standards of behaviour from the real world must also apply online. No child should be exposed to horrifying content like the video which has been circulating on TikTok. Social media companies need to put in more resources to detect and tear down this sort of harmful content. That is their responsibility. Our Government introduced world-leading reforms including an eSafety Commissioner with the power to help keep Australian kids safe online. We’re investing more than $100 million to help keep Australian kids safe online and to educate parents and teachers about what they can do to help. If you see the video circulating on any social media platform, please report it. And don't forget to check out esafety.gov.au for tips to keep you and your family safe online. And if you are feeling overwhelmed, please reach out. There is help available. Coronavirus Mental Wellbeing Support Service 1800 512 348 coronavirus.beyondblue.org.au

"There’s a serious concern and a serious side of what happens with social media. And we saw that with that disgraceful video that was uploaded onto TikTok," Morrison said on Wednesday. ﻿

“No child should be ­exposed to horrifying content like this and platforms like TikTok need to put in more ­resources to detect and tear down this sort of harmful content,” he said. “That is their ­responsibility.”

Lee Hunter, the General Manager of TikTok Australia and New Zealand, said in a statement to Mamamia on Wednesday afternoon: “This content is both distressing and a clear violation of our Community Guidelines and we have acted quickly and aggressively to detect and remove videos, and take action against accounts responsible for re-posting the content through a mix of machine learning models and human moderation teams.

“We understand and share the concerns expressed by the Prime Minister, eSafety Commissioner and the wider community that materials like this are made and shared. We are working closely with local policymakers and relevant organisations to keep them informed. We understand the serious responsibility that we have, along with all platforms, to effectively address harmful content and we want to reiterate that the safety of our users is our utmost priority.”

Susie agrees “absolutely” that social media channels should be held accountable for the content shared to their platform, but also adds she is focused on “what we can do as parents to ensure that our kids know that they can come to us”.

“Unfortunately we can't control this… All we can do is know that he has a safe haven at home to talk about these things.”

*The name in this article has been changed for privacy reasons. The feature image is a stock image from Getty.

K
k_mcphee a year ago