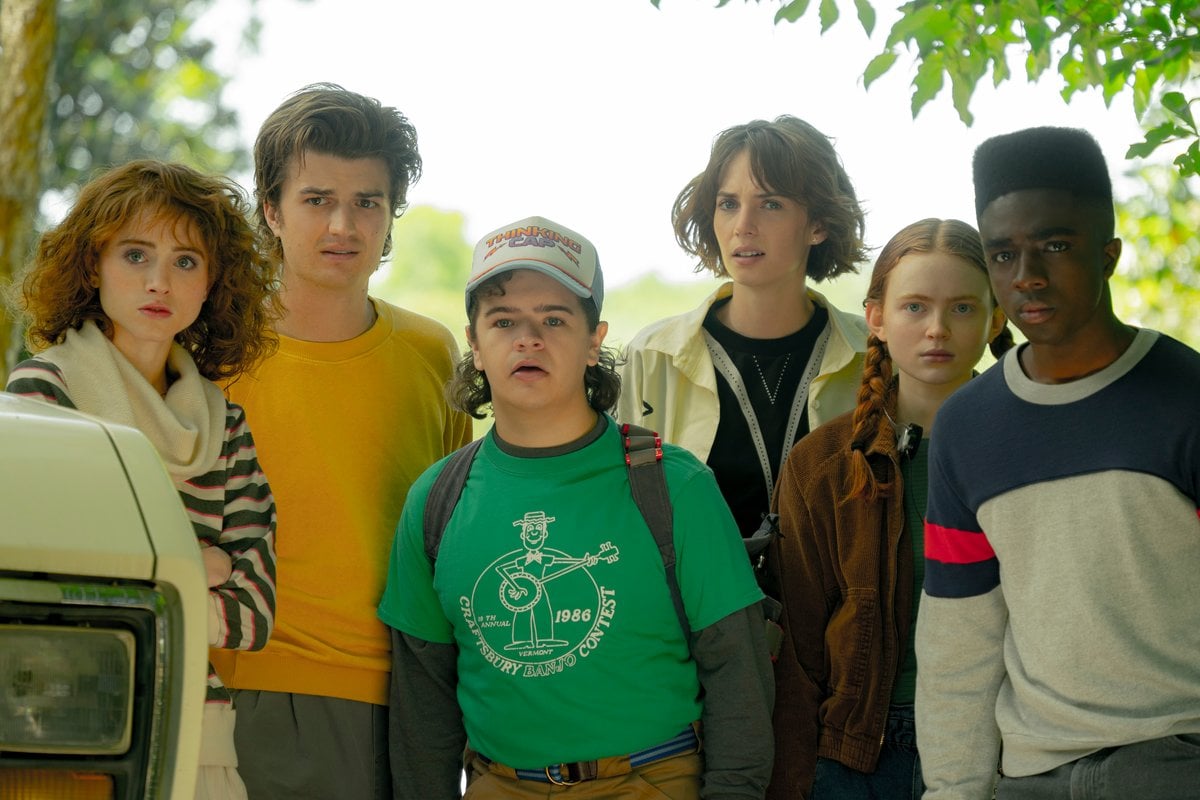 Okay, so if anything is clear right now, it's that we want more Stranger Things.

Yes, it has been a matter of days since the latest episodes of Netflix's epic sci-fi drama dropped, but we need more Eleven and friends. Especially... Steve.

Stranger Things season four has broken all sorts of records, including becoming the first English language series to reach more than a billion hours of viewing time. That's A LOT of time spent in the Upside Down.

Now that we've read all the theories and laughed at all the memes, it's time to turn our attention to season five.

We know absolutely nothing about the plot of season five, but considering the major cliffhanger, it feels like a safe guess to assume the show will follow the group as they try to stop Vecna and put an end to Hawkins' link to the Upside Down for good.

With the cast and crew doing the final promo rounds for season four, here's everything they've let slip about the fifth and final season of Stranger Things.

When will Stranger Things season five be released?

All we know at this stage is that it will most likely be in 2024, as production has not even begun.

This sounds so far away, but it would be a shorter gap than between seasons three and four, which was blown out due to COVID.

"The gap should be quite a bit shorter this time, due to the fact that we already have an initial outline, and we can't imagine there will be another six-month forced hiatus," co-creators the Duffer Brothers said during an interview with Variety.

Stranger Things season 5 will be the final season.

Back in February, show creators the Duffer Brothers confirmed the show would wrap after five seasons.

"Seven years ago, we planned out the complete story arc for Stranger Things," the duo wrote in a letter. "At the time, we predicted the story would last four or five seasons. It proved too large to tell in four, but — as you'll soon see for yourselves — we are now hurtling toward our finale. Season four will be the penultimate season; season five will be the last."

But they are open to spin-offs.

"There are still many more exciting stories to tell within the world of Stranger Things; new mysteries, new adventures, new unexpected heroes," the Duffer Brothers said in the letter.

They confirmed this to Variety: "We do have an idea for a spinoff that we're super excited about," they said, adding that they had not even told Netflix about it yet but that Finn Wolfhard, who plays Mike, correctly guessed the topic.

I'd like to put my support behind a Steve and Robin buddy-cop series.

There will likely be a time jump. 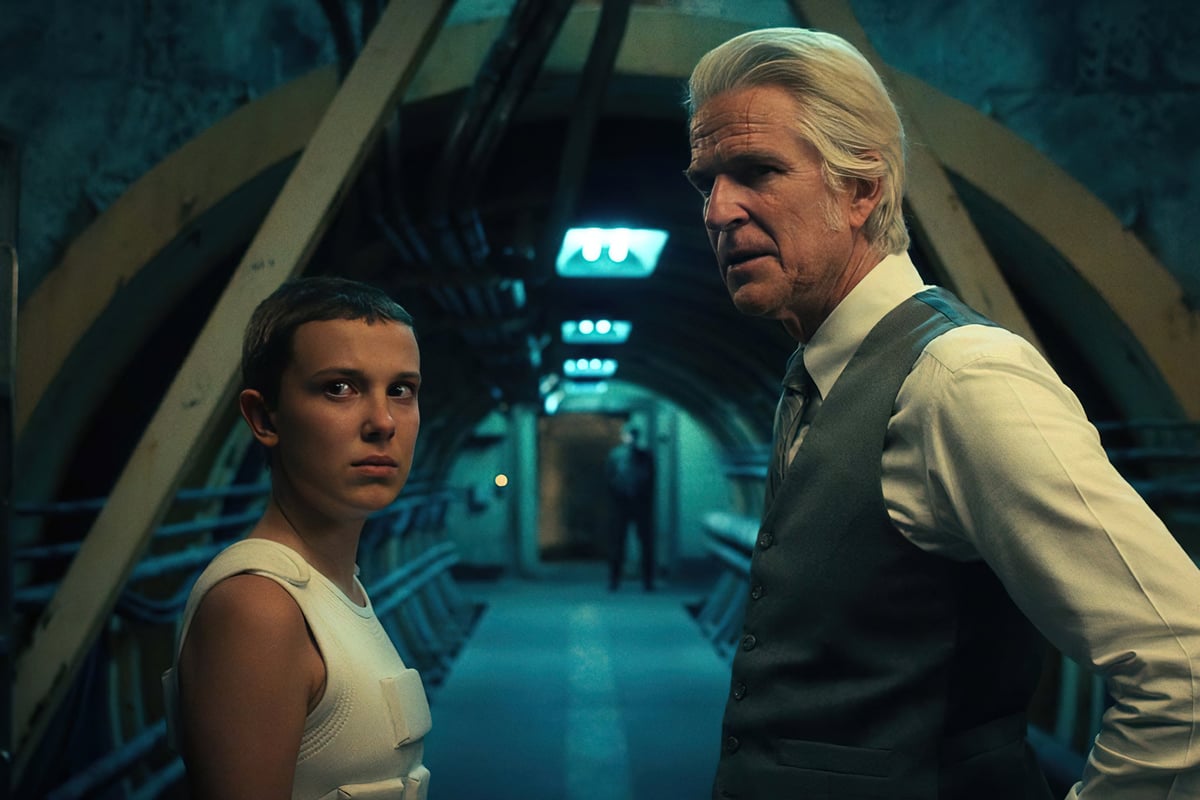 Filming for the show cannot keep up with the ageing of its young cast - especially after season four's production was shut down for six months during 2020 because of the pandemic.

As a workaround, the Duffer Brothers have said they would do a time jump (but we have no idea how that will work after season four's cliffhanger!)

"I'm sure we will do a time jump," Ross Duffer told TV Line. "Ideally, we'd have shot [seasons four and five] back to back, but there was just no feasible way to do that.

"So these are all discussions we're going to have with our writers when we start the room up."

It will be 'regular-sized'.

Season five is expected to return to more standard episode lengths, except for the finale, of course.

"The only reason we don’t expect to be as long is, this season, if you look at it, it's almost a two-hour ramp up before our kids really get drawn into a supernatural mystery," Matt Duffer said on the Happy Sad Confused podcast.

"You get to know them, you get to see them in their lives, they're struggling with adapting to high school and so forth, Steve's trying to find a date, all of that. None of that is obviously going to be occurring."

This means season five will start with a bang.

"Five is just going to be pedal to the metal from the opening scene," Ross Duffer said.

All the action will take place in Hawkins.

Season four saw the cast split into groups for its entirety. There was the Hawkins crew, the Byers, Eleven and Mike in California (and then Nevada) and of course, Hopper, Joyce and Murray in Russia.

The show jumped back and forth between the different settings pretty seamlessly, but season five will (presumably) see the whole gang reunited in Hawkins.

"We wanna go back to a lot of the things we did in season one," co-creator Matt Duffer told EW. "A lot of the original groupings and pairings that we had in season one – there's something nice about coming full circle."

What cast members are returning? 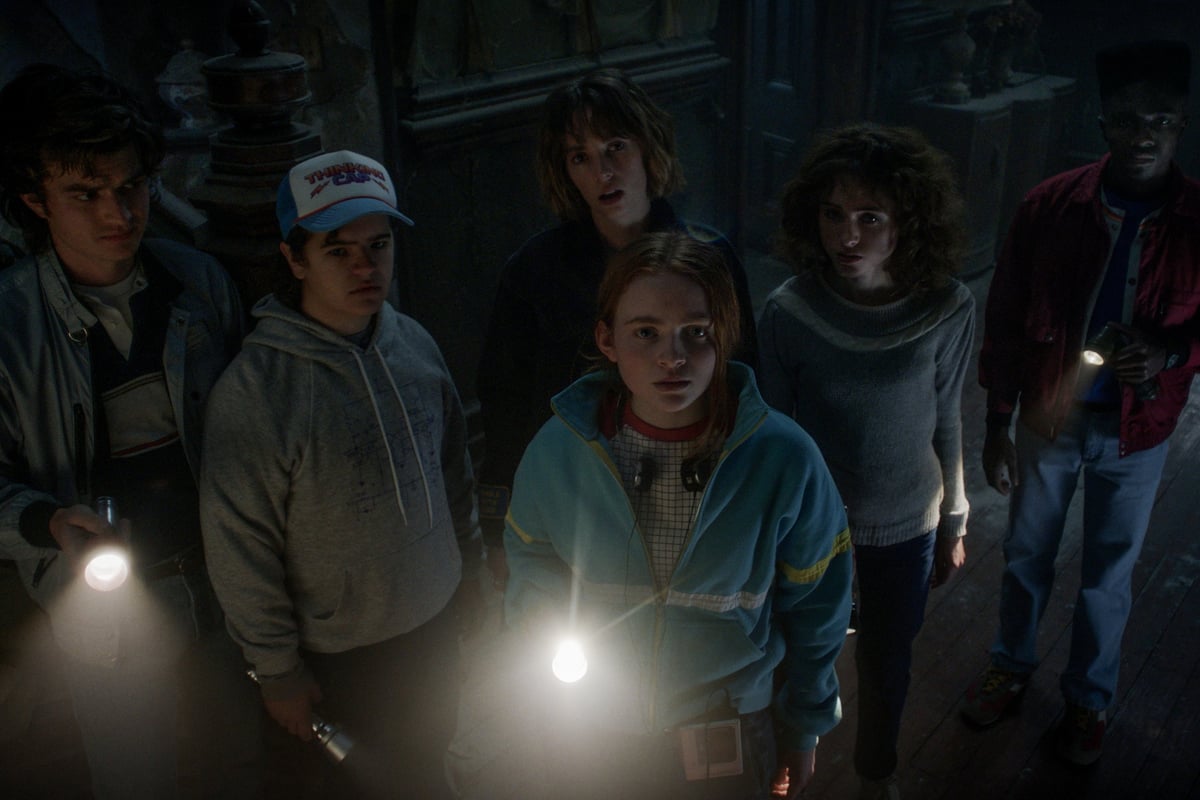 Sadie Sink (Max) and Jamie Campbell Bower (Vecna) are prettttty much guaranteed to return too, but honestly, we have no idea what kind of state the characters will be in.

The Duffer Brothers have perfected their ending.

The final season is still in the writing stages, but the Duffers know where they're heading.

"We know what the ending is," Matt Duffer told SFX. "It's conceivable that it changes but I think it's unlikely because it's one of those endings that just feels, and has always felt, right. And it also feels sort of inevitable. Then when you come up with it, you're like, 'Oh yeah well, that is absolutely what it has to be.'"

The Duffers said they had spoken to Breaking Bad and Better Call Saul creator Vince Gilligan for advice on bringing the show to an end, which resulted in a final concept that is "more interesting and exciting than originally envisioned".

Ross Duffer told EW the ending was "like that lighthouse blinking in the distance".

"While a lot of season five is actually pretty blurry, the last 30 minutes of it are pretty clear in our heads. So if we can make the journey entertaining, I think that we have an end that will hopefully satisfy."

In another interview, they said that when they cried when they explained the arc to Netflix execs.

SOB. Well, at least we only have *checks notes* ... at least two years of waiting to see why.

me contemplating my life after watching stranger things season 4 vol. 2 immediately after it released and now realizing i have to wait for 2 years for season 5 pic.twitter.com/lBpjrG5fjQ