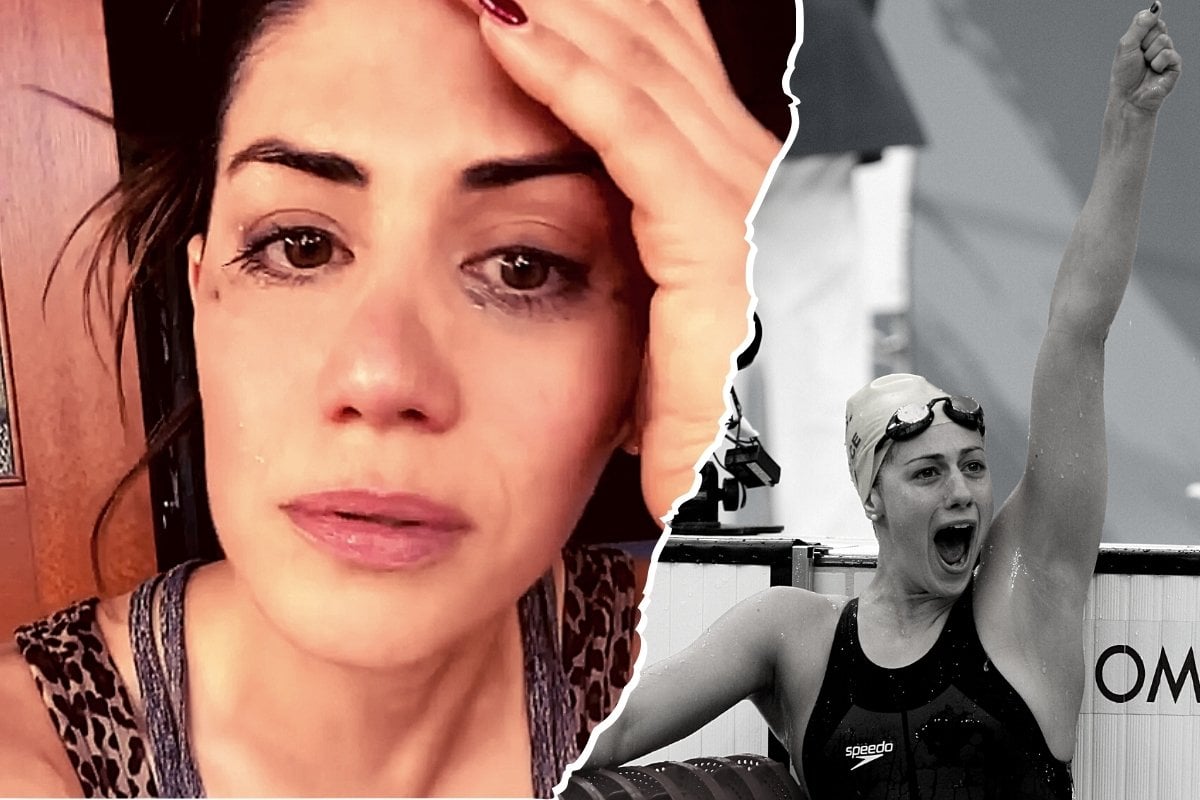 When Stephanie Rice announced an end to her swimming career in April 2014, she tried to avoid the word 'retiring'. To her, it suggested the end of everything, as if she, at the age of just 25, was off to live out her days on a beach somewhere.

In truth, the Olympic champion had no idea what was in front of her.

Speaking on sports podcast The Howie Games, the now 33-year-old said she languished for almost four years in a sort of professional "no-man's-land", with nowhere to direct the drive and passion she'd felt for her sport.

"I applied for jobs, and when I put on the résumé 'three-time Olympic gold medallist', I never got past the first application stage because I'm sure people look at it and go, 'That's cute, but what skills do you have and what experience do you have in this space or sector?'

"I don't have any skills that transfer, and that is really hard. Because you've literally worked so hard to refine those skills to be amazing and the best in the world, and now that means nothing."

During that period, when people asked Rice what she was doing with her life beyond the pool, she had no answer.

"I was lying the whole time, saying wishy-washing things like, 'Oh, I still do a bit of speaking and I do some brand ambassador work and a little bit of coaching'. Literally, those three things would take up five days of my year," she said.

Professional athletes, and the risk of 'identity foreclosure'.

Life after retirement is notoriously fraught for professional athletes.

"I walked out of the Australian Institute of Sport and I immediately felt empty; not having to be back there tomorrow, not having to discuss my rehab or my training with anybody not having to get right for another team. I felt completely empty. And honestly, that was probably the hardest thing for me," she said.

"I also had a lot of things from that point for about a three-month period that I had to deal with, which was getting my knee right — I had to have a half knee replacement — I had to get off all the medication that I was on, and completely restart my life. I was a 30 something-year-old walking into life completely untrained, unskilled and dealing with a whole lot of baggage."

That emptiness is common among newly retired athletes. As sports psychologist Dr Matthew Pink explained to Mamamia it can be a sign of something called 'identity foreclosure', in which a person becomes too singular in their sense of self.

"Athletes should and their sporting environment should support the maintenance of and the development of multiple facets to their identity," he said. "To give you an example, many of us are partners, parents, workers, brothers, sisters, uncles, and have various hobbies. And often these different domains of our lives protect us from having a bad day or a bad few months in one of our other domains."

Athletes, meanwhile, are often pigeonholed — and pigeonhole themselves — into a single box.

Stephanie Rice, for example, was so eager to reclaim her identity as an athlete that, after leaving swimming, she briefly flirted with the idea of becoming a professional tennis player.

"I was searching for that one thing that would make me relevant again," she recently told The Herald Sun. "I knew how to do the athletic thing, I knew how to be resilient, I had all the skills to be a high performer, plus, tennis players compete until they’re older, they make a lot of money, they travel. It was ticking so many boxes. So I called up [retired Wimbledon winner] Pat Cash and asked him for tennis lessons.

"At the end of the two weeks [of lessons], I realised it wasn’t going to happen. I didn’t want to do all the hard training again, slogging it out. I didn’t want to start from ground zero. I wanted to be good at it already. That’s the big problem: athletes are used to being so good at something, that when you’re not good at something it feels like it doesn’t go with your identity of being a high achiever."

Rice can laugh about it now. Some time spent overseas and reinvigoration courtesy of seminars from controversial self-help juggernaut Tony Robbins helped her find happiness and satisfaction with her new life.

But she has acknowledged that she will likely always mourn the person she once was.

Last month, she shared that sentiment in an Instagram post about the unique pain of watching the Tokyo Olympic Games from afar.

"After swimming, I felt lost, depressed, irrelevant and as though I had achieved the pinnacle of my life at 24 and everything moving forward would be far less exciting and special," she wrote alongside a video in which she wiped away tears.

"So in order for me to move on, I had to completely let go of the person I was as an athlete and rediscover myself without the title of being 'a swimmer'. This bought up loads of deep-seated insecurities that I was able to hide [behind] the validation and recognition I got by being a gold medallist.

"Honestly, now, after doing so much 'work' on myself, I truly am so so happy and content. I love my life and the people in it. But watching the Olympics reminds me of the person I was back then and it’s still hard not to feel sadness that that part of me is gone and isn’t coming back."

Reply
Upvote
3 upvotes
I think there's also a problem with the shift in identity and "importance" that professional athletes go through when they retire. The psychology of elite sport revolves around the athlete being the centre of attention, their body is meticulously prepared and managed, and they are psychologically built up to believe they are literally the best. They develop tunnel vision and self-absorption as a part of their training. As such, it must come as a real kick in the pants when their reality shifts, and all of a sudden they are yesterday's news and their career is done - finding a place in the world when you've been programmed to believe sport is the world must be challenging.
C
cat a month ago

Reply
Upvote
3 upvotes
@mamamia-user-482898552  thats a very harsh interpretation. We all have a personal identity and for most people what they do is a big part of that- that doesn't make someone self-absorbed. And many athletes would much rather go without the attention (Naomi Osaka, for example, for which she got a lot of criticism) & are very capable of seeing theres a world outside of sport.
News
General
Opinion
True Crime
Politics
Sport
Explainer
Entertainment
Celebrity
Reality TV
Movies
TV
Books
Rogue
Royal
Lifestyle
Beauty
Fashion
Weddings
Home
Wellness
Health
Fitness
Travel
Food
Parents
Before The Bump
Pregnancy
Baby
Kids
Teens
School
Parent Opinion
Work & Money
Money
Finance
Career
Lady Startup
Relationships
Sex
Dating
Separation
Friendship
Family
Real Life
Couples