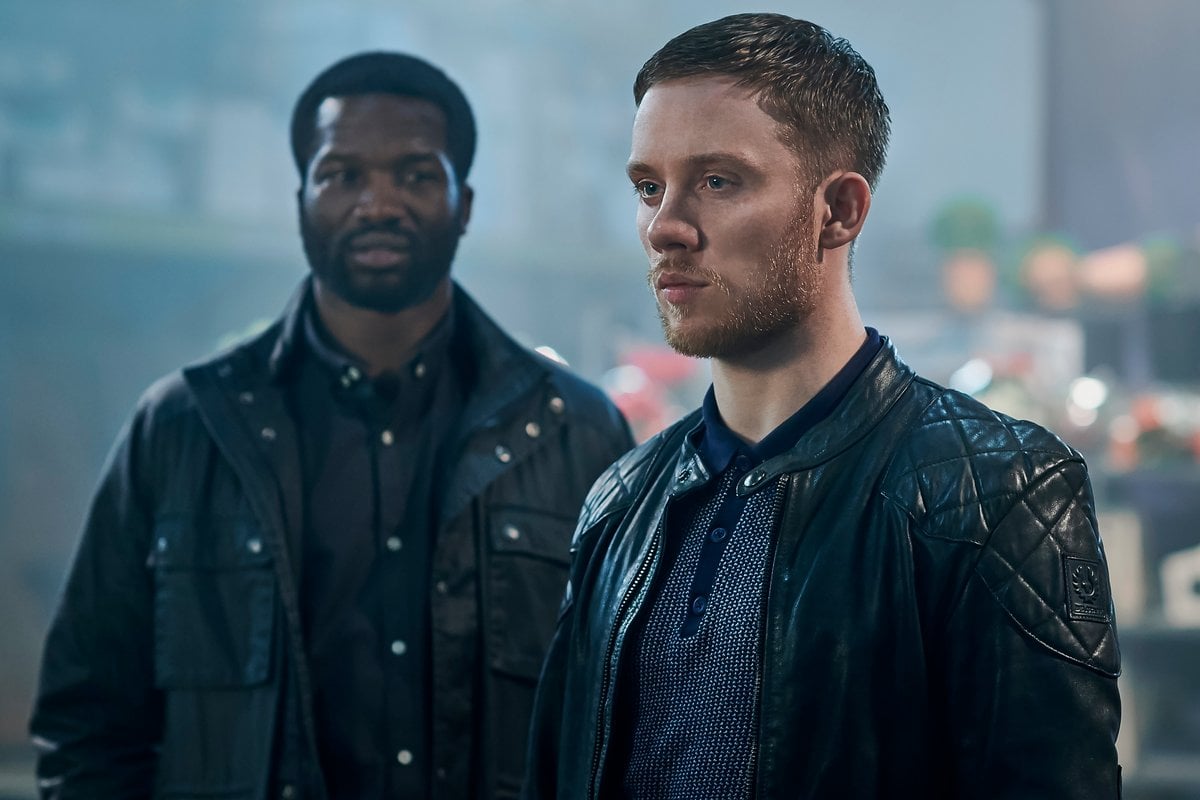 It only takes mere seconds for Stan's Gangs of London to have viewers on the edge of their seats.

The new 10-part crime drama series, which is available to watch on Stan, opens on top of a skyscraper above London. A man, who we later learn to be Sean Wallace (Peaky Blinders' Joe Cole), is staring down at a man dangling precariously on a rope from the building.

As the bloodied man screams and scrambles for help, Sean kneels down and sets the rope alight, sending the unknown man hurtling to the ground in flames.

It's a scene that ultimately sets the dark and grisly tone for the nine episodes to come. This isn't a series for the faint-hearted.

Watch the trailer for Stan's Gangs of London below. Post continues after video.

Co-written by Gareth Evans and Matt Flannery, who worked on a number of Indonesian martial arts films, Gangs of London takes viewers on an immersive trip into the darkest corners of London.

The series kicks off when the head of London's most powerful crime family, Finn Wallace (Star Trek: Deep Space Nine's Colm Meaney), is assassinated through a peephole in a dilapidated council apartment building.

The hitman, a young man named Darren, appears to be part of a gang of Travellers. He was sent to kill Finn with a silver revolver and three bullets under that pretense that he was killing a pedophile.

But as it unfolds in the premiere episode, it's unclear who orchestrated the hit.

Following Finn's death, a sudden power vacuum opens up as Finn's rivals battle to take over his territory in London.

But before they can even think about taking over, Finn's son, Sean Wallace, takes over his father's top place in the intricate web of London gangs.

He wants retribution – and he wants it fast. 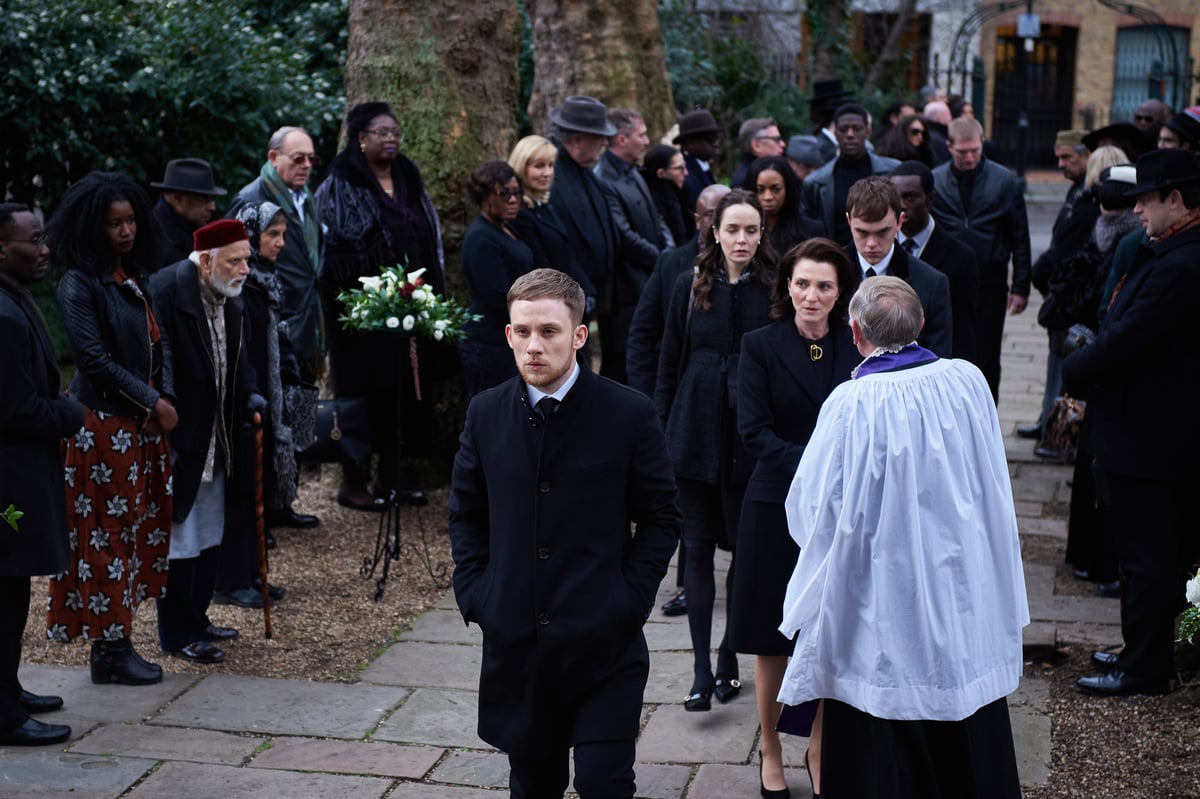 "The tap stays off," he tells the group, sitting at the head of the underworld table.

"Nothing gets brought in; nothing gets shipped out; no dirty money is washed; no one sells a f**king gram on those streets," he continues.

"Everything stops until we find out who killed him."

As he slowly grows closer to the grieving Sean, Elliot pounces on his opportunity to rise through the ranks in London's underworld.

In the first episode of the series, Elliot steals the show in a perfectly choreographed, intensely violent pub fight scene, which involves the use of a glass ashtray and a dart as unlikely yet effective weapons. 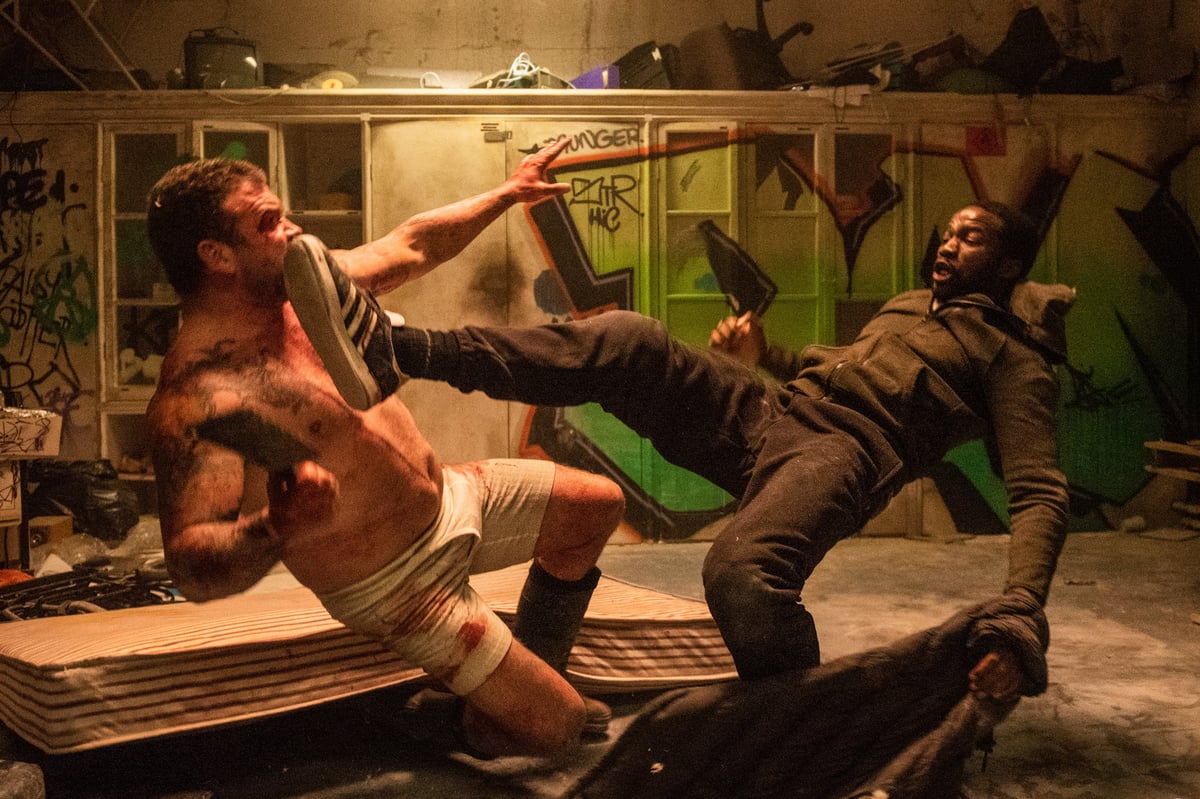 From there onwards, Elliot steals countless scenes throughout the series, delivering some of the best action sequences while still showing impressive range.

Speaking of action, Gangs of London certainly isn't for the faint-hearted.

Compared to the likes of Peaky Blinders, Game of Thrones and The Godfather, the series is a blood-soaked wild ride.

But while the crime drama is undoubtedly gory, the series is beautifully shot, immersing viewers in Evans and Flannery's take on London.

Outside of the series' more violent scenes, Gangs of London doubles as a family melodrama as the series delves into the drama and secrets within the Wallace family, the most important criminal family in London, as well as the Dumani family.

Labelled by viewers as the "modern-day Peaky Blinders", Gangs of London will have you hooked from the very first episode.

With clever direction and incredible scale, the explosive series is a must-watch.

The full season of Gangs of London is available to watch on Stan now.