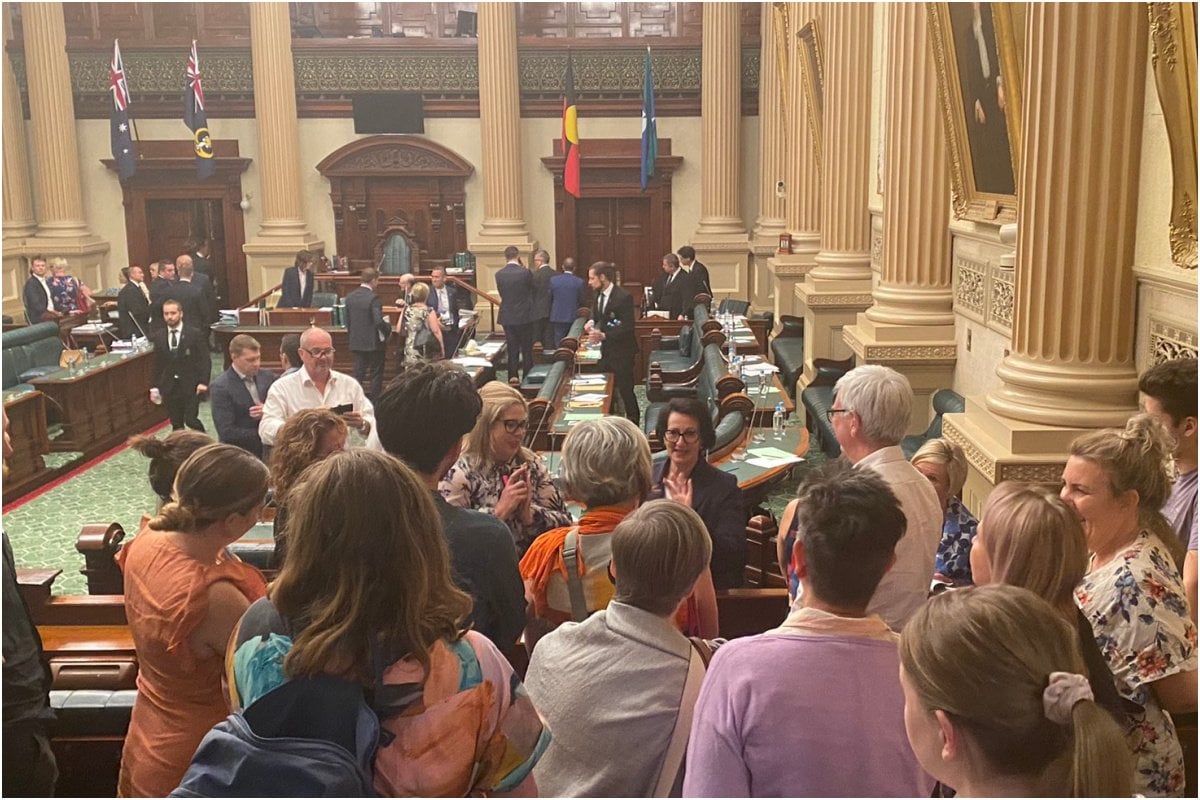 South Australia has one last technicality in front of it before it becomes the last state in the country to decriminalise abortion.

At 2:30am Friday morning, the Termination of Pregnancy Bill passed the House of Assembly 29 votes to 15 after a lengthy and heated debate.

Because of several amendments, it will return to the Legislative Council for a final vote but action groups are treating that as a 'technicality' and are already celebrating the win.

Because several compromise amendments were passed the bill will return to the Legislative Council for final vote. Given that chamber passed an earlier version of the bill that's expected to be a technicality. We are almost there. Thank you so much for all your work&solidarity 🧡 pic.twitter.com/u5uqV2aryd

When the bill is passed, abortion will be removed from the state's criminal law and be treated entirely as a health issue, thereby bringing South Australia in line with the country's other state and territories.

Here's what you need to know about the proposed decriminalisation of abortion in South Australia.

What are the current laws in South Australia?

At the moment, South Australian residents can legally have an abortion up to 28 weeks pregnant, with the approval of two medical practitioners.

There are two types of abortions available: early medication abortion or surgical abortion.

An abortion procedure which occurs after the 28 week gestation period is currently considered unlawful.

This law is over 50 years old.

Whilst it is very rare for an abortion procedure to be the subject of a criminal prosecution, proponents of decriminalisation say it will remove the stigma, facilitate safer access to abortion and legally recognise it as a health issue.

What are the changes?

Under the Termination of Pregnancy Bill 2020, a pregnant woman seeking an abortion before a gestation period of 22 weeks and six days will only need to consult one medical practitioner (instead of two). This means that up until this period, a termination can be done “in the ordinary course of the practitioner’s profession”.

The gestation period of 22 weeks and six days is significant because modern clinical practice now considers a foetus to be viable from 24 weeks, according to South Australia Law Society.

After this period, late-term abortions will be lawful if two medical practitioners confirm "under all circumstances" it would be "medically appropriate".

Proponents say the most important change this bill will bring is removing abortion from criminal law.

What are those against the bill saying?

Among those who will vote against the bill is Liberal MP Adrian Pederick, who says he strongly opposes "up-to-full-term abortion".

"The Termination of Pregnancy Bill would permit abortion, for any reason, up to 22 weeks and six days gestation, and beyond that right up to birth if two doctors agree it is appropriate," he said during debate in the Lower House, according to ABC.

What are proponents arguing? 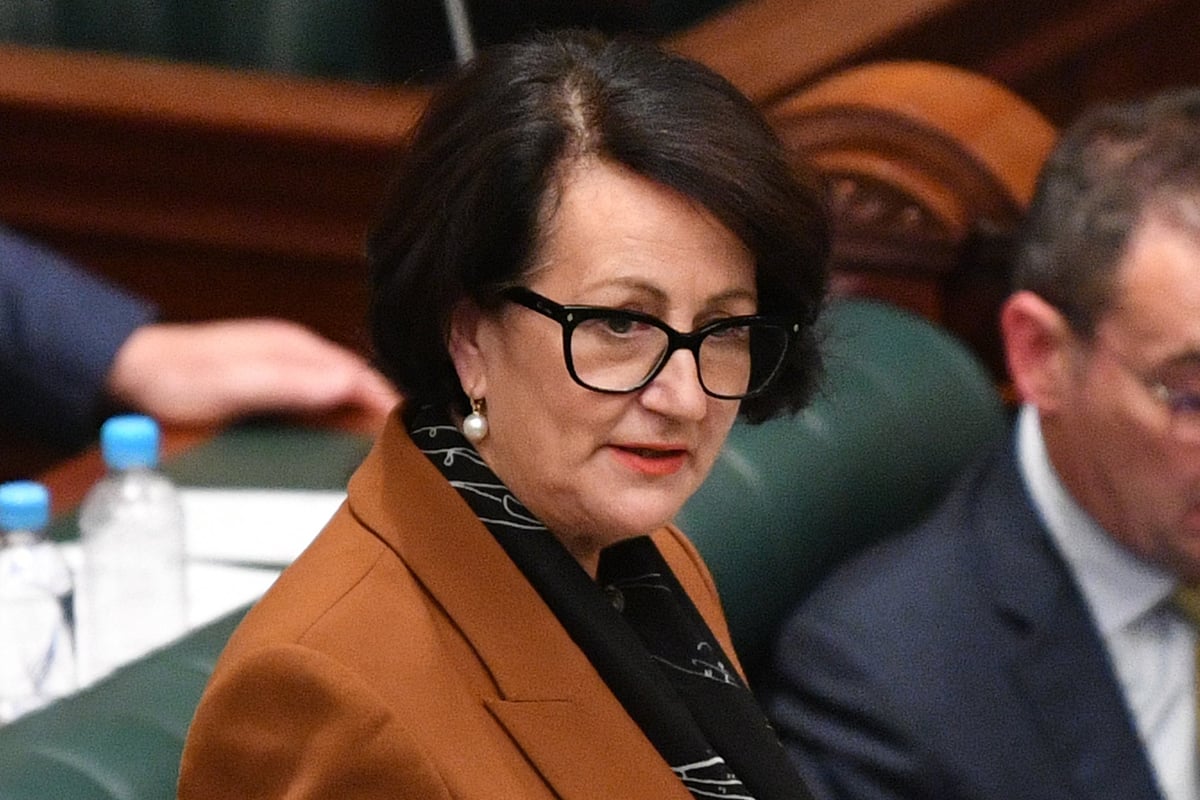 Attorney-General Vickie Chapman, who introduced this bill last October, says evidence from other states shows the decriminalisation of abortion does not lead to an increase in late-term abortions.

This was confirmed by Dr Chris Moy, from the Australian Medical Association, who told 9News Adelaide: "Late term abortions are incredibly rare in South Australia. With similar legislation in other states there has not been an increase."

During debate in the lower house, Attorney-General Champan said: "The fundamental premise of the bill is that Members of Parliament are being asked to trust women and to trust their medical team when it comes to the issue of late-term abortion.

"This is not a controversial position when we trust doctors with every other decision we make in our life."

She added that it was "nonsense" to suggest the bill would make it easier to procure a late-term abortion.

"There is no such thing as 'abortion up to birth' because it is never medically appropriate to terminate a healthy baby at term for no reason whatsoever."

South Australia Law Society says terminations performed after the 20-week gestation period are rare, and currently make up less than three per cent of terminations.

“In almost all cases, late-term abortions are sought in response to medical conditions affecting or with the potential to affect the pregnant individual and/or the foetus," the SA Branch of the Australian Medical Association says.

There have been a number of amendments suggested by the Lower House - including changing the language from "person" to "woman" - but nothing has been confirmed yet. The Bill will be dealt with as conscience vote.

What are people saying?

Bill is read a third time. 29 ayes 15 noes. Termination of Pregnancy Bill has passed the House of Assembly. Even with the amendments this is a historic day and a very decisive margin supporting the regulation of abortion as health care #saparli pic.twitter.com/qYs2WWsIQs

AG thanking @SA_AAC
for their role in this reform.

We add our thanks and acknowledgement for the extraordinary advocacy of the wonderful team.

Thank you for your leadership and service. 💜💜💜

Reply
Upvote
1 upvotes
Conservative parties around the world are the cause of women losing rights. In the Middle East, women are forced to veil again. In the West, women’s rights to contraception and abortion are taken again.  The answer: women should never vote Conservative. They send us backward.
G
guest2 a year ago

Reply
Upvote
2 upvotes
@anonymous Women have been forced to wear the veil for many years and is linked to religious fundamentalism.
L
laura__palmer a year ago

Reply
Upvote
@anonymous It's like that meme "slugs for salt". I'll never understand why any woman would vote for oppression.
L
laura__palmer a year ago