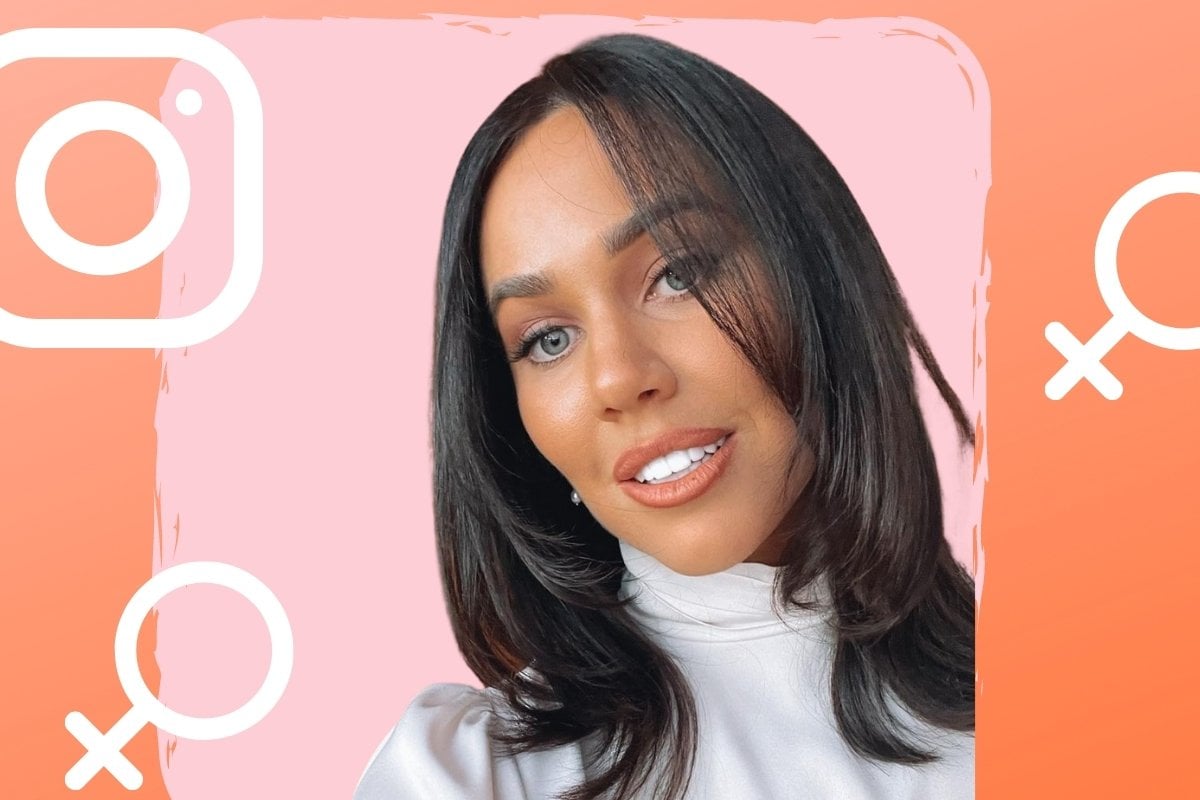 When Sophie Cachia started dating women, it was a headline-making, conversation-starting decision.

The mother of two, sleepwear entrepreneur and founder of the hugely successful parenting blog The Young Mummy, previously had what she described as the "perfect life" with her AFL star husband, Jaryd Cachia. Then, in her late 20s, came the life-affirming realisation that she was emotionally and sexually attracted to women.

"It was groundbreaking to everyone else. But to me, it really wasn't," she told Sean Szeps' podcast Come Out Wherever You Are. "I was just a woman owning some changes that were happening in her life. And I was embracing them. And they were so beautiful. They were scary, but they were beautiful."

Though she'd separated from Jaryd in 2019 (for a range of deeply private reasons), Sophie had his support. Their relationship was — and is — one that she's described as safe, deeply honest and free. And fortunately, her reservations about her children being bullied have so far proved unfounded.

What Sophie Cachia didn't expect, was that coming out would cost her some of her dearest friends.

Watch: When Sophie Cachia turned her 'perfect' life upside down.

While their friendship circle usually greeted the news of a new boyfriend with excited questions — Where'd you meet? What's he like? What does he do? Do you have a photo? — Sophie's new relationships were met with nothing. No questions. No invitations. No acknowledgement. Just silence.

"I'm sitting at the table wanting to share with these people my happiness," Sophie told Sean. "[I wanted to say], 'I slept with someone on the weekend!' You know, girls' conversations. Or, 'I'm dating, and I love this girl.' No one asked.

"I was immediately ostracised from a group of friends I'd been friends with for 15-plus years, because of a choice in gender."

Sophie — who now identifies as sexually bisexual but emotionally gay — said that while her friends never said anything explicitly derogatory or cruel about her seeing women, their silence was extremely painful.

"It would be much better to say, 'Hey, this is not intentional. I love you, but I'm just not sure how to approach this. This is new for me. I don't want to seem selfish, though, so how should we speak about this?'

"It was like I'd done something wrong. It's like I was dating some big drug dealer. A funny thing was, if I was dating one, they probably would have asked about it."

Like many LGBTQI+ identifying people, Sophie found a new circle of 'chosen people' among the community; through sports teams, through dating, and social gatherings. People who were accepting, who don't judge, who are invested in her happiness.

Sophie is now in a relationship with Australian basketball player Maddie Garrick, and happily co-parenting with her former husband.

Their beautiful arrangement is part of what she described to Mamamia's No Filter podcast last year as a process of challenging her normal, to "find what else is out there".

"I want to experience life. That's a big thing for me," she told host Mia Freedman.

"It's about abandoning what we think or we're told we should be. And that's what I've done, I've thrown that out the window."

Ultimately, the entrepreneur said she is finding her authentic identity in the wake of the "turmoil" of 2019.

"I don't think it's bizarre that a woman in her late twenties started finding herself," she said, "I think that's actually quite normal."

Like a $50 gift voucher for your thoughts? Take our quick survey.