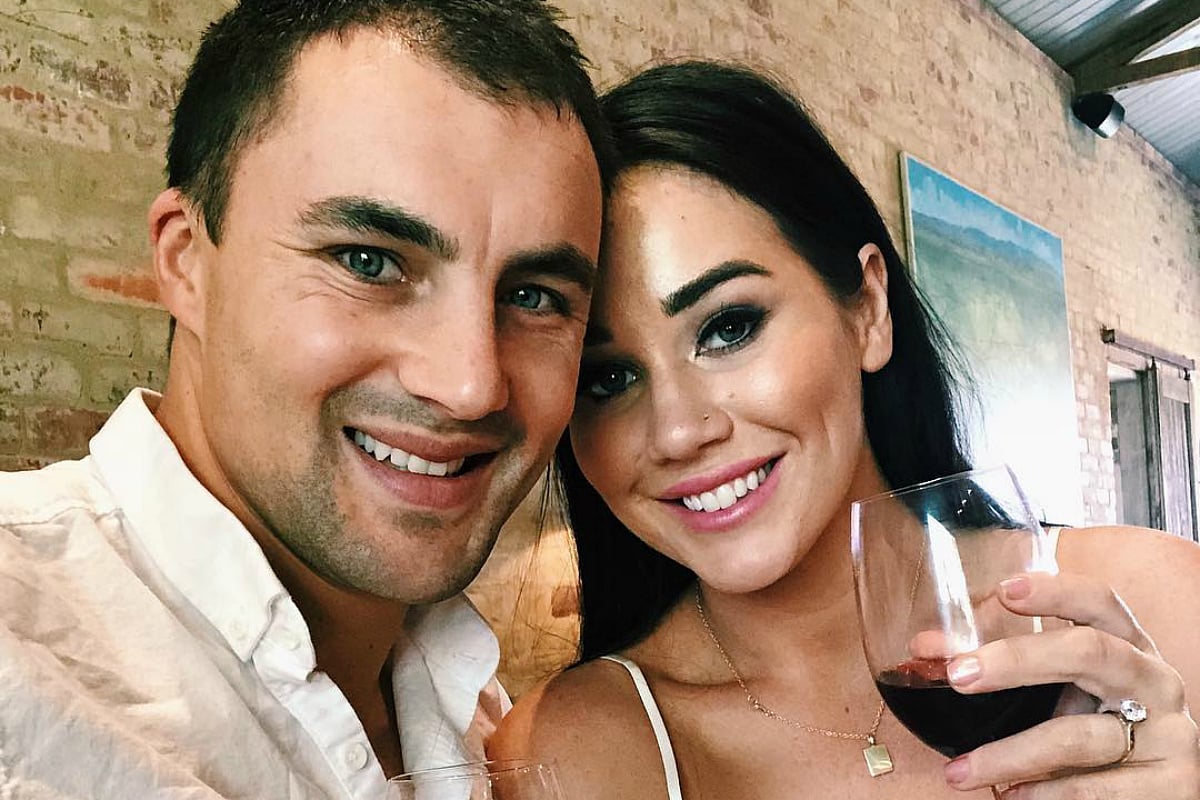 Sophie Cachia and her children's father, AFL player Jaryd Cachia, have the kind of relationship that most separated couples dream of.

The pair split in September 2019 after four years of marriage, and Sophie is now in a relationship with Matildas soccer player, Alanna Kennedy.

But in a recent interview with Mamamia's No Filter podcast, the influencer/entrepreneur (who rose to fame with her blog, The Young Mummy) said she and Jaryd still share a wonderful partnership.

Speaking to host Mia Freedman, she painted a picture of a devoted husband and father who has become her dear friend, and of a co-parenting relationship that's respectful and flexible around the needs of their two young children.

But she also painted a picture of inevitable challenges. Of their son, Bobby, six, clinging to her leg because he doesn't want to stay at his dad's house that night. Of their three-year-old daughter, Florence, asking "Where's my daddy? I want to sleep with dad," when staying at hers.

"Jaryd and I are fine, but it's the things with the children that are such a battle," she said, through tears.

"And I know, as a team, we will work so hard together—and we do, every day, to give them the best life. But it doesn't mean that I don't feel that guilt."

A conversation with a counsellor two years ago helped Sophie reframe the separation as a positive lesson for her children. One that life isn't always easy, that heartbreak exists and that, in turn, their mum is going to be the best possible version of herself.

"So I've gone with that and taught them, 'Don't be afraid to step outside of the norm, and don't abandon yourself in the process of making anyone else happy in life,'" she said. "That's how I sleep at night.

"And I want them to know that they can do that, too."

To hear more of Sophie Cachia's chat with Mia Freedom listen to No Filter below, or via your favourite podcast app.