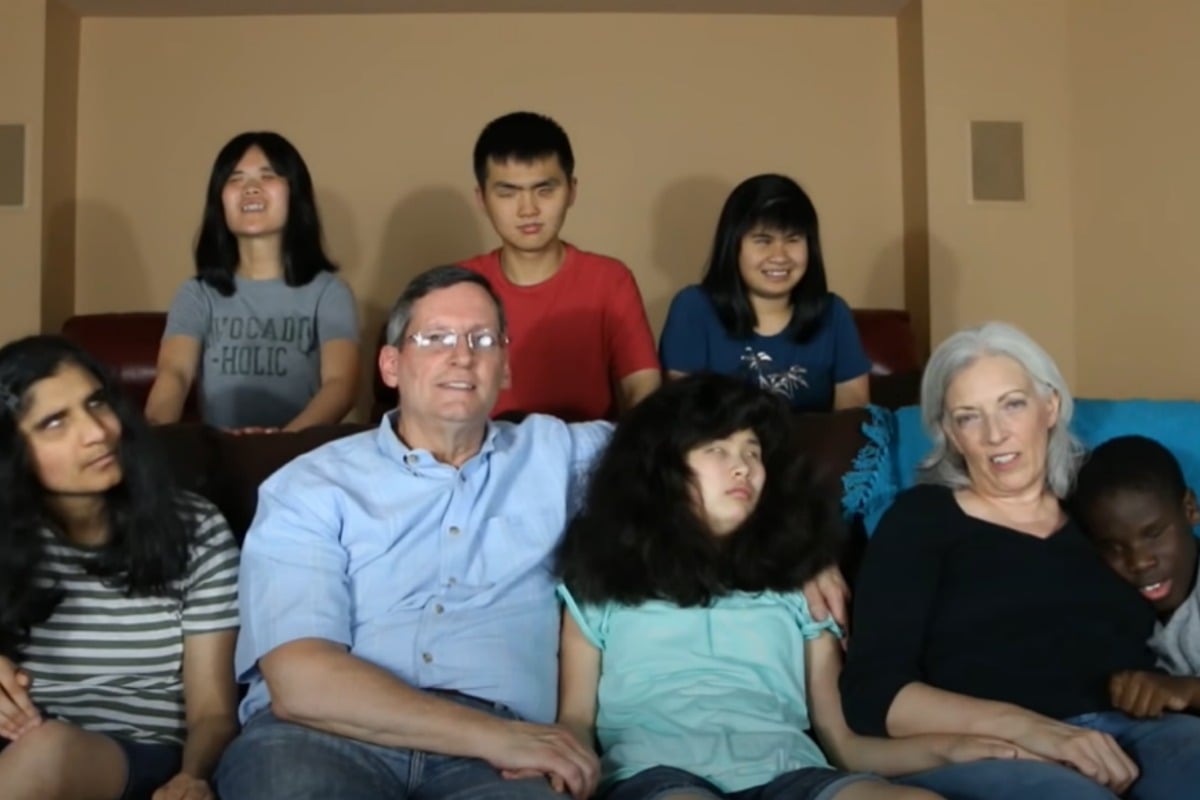 For Joe and Karen Bartling, a big family was something they always dreamed about having. But after the birth of their first son, the Virginia couple had trouble conceiving.

After a number of unsuccessful attempts of IVF, Joe and Karen, now both 62, decided to turn to adoption. That's when they heard about Hannah.

Hannah was born without eyes due to a developmental disorder and was two years old when she was abandoned in an orphanage in South Korea.

"As soon as the first picture of Hannah came across we were like, ‘Oh my goodness,'" said Karen, according to Inside Edition.

“It took us about a week or so to wrap our brains around the fact she was blind and that would never change. It was one day at a time.”

And so they did. Years later, they decided to adopt Jesse, who was abandoned by her birth mother in a South Korean orphanage because of her severe learning disability.

"After that, we became the go-to couple for the social workers and the agency when they had a blind child," said Karen according to the Daily Mail.

Two years later they adopted Abi, who was found left in a rubbish bin in a park in India. Abi was born with Fraser syndrome, a rare genetic disorder that causes her eyes to be malformed and her eyelids fused shut.

The couple continued to adopt and in the same year, they welcomed baby David into their family. David was abandoned on the steps of a government building in China due to his microphthalmia, a condition that causes him to have malformed eyes.

Next came Obed Josiah, who has cerebral palsy and an intellectual disability, and Bethany, who is blind from being born prematurely. Both children joined the family within months of each other. 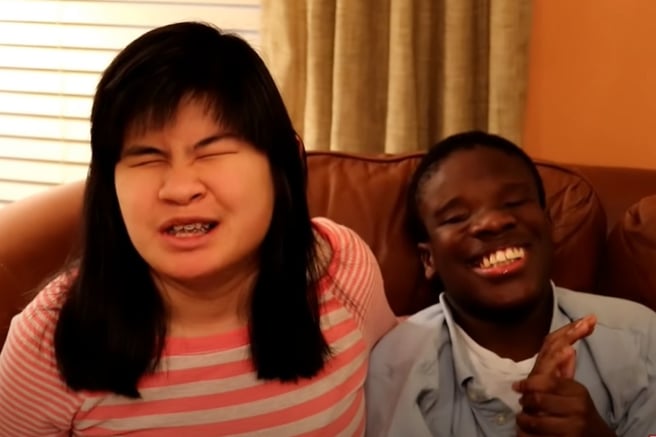 With six kids at home, Joe says everyone is expected to pitch in around the house.

“I have to cook the meals and do the laundry, but they all just get involved – they all make their beds and do their own chores,” he said. “For me, it’s just, ‘Make sure everybody gets food and is on the right bus at the right time.’”

Jesse and Obed require 24-hour care and need help bathing, brushing their teeth and getting dressed. 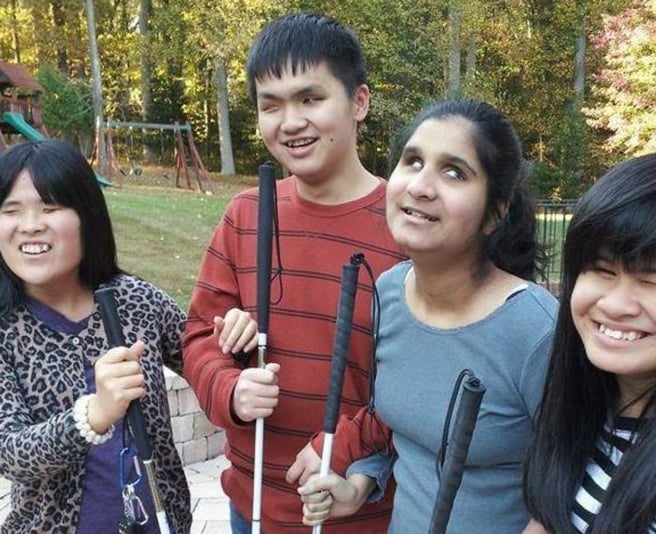 Going out in public is also an interesting experience for the family who often attract attention.

"Wherever we go it is a spectacle. It's not our fault, we just attract some stares," Joe said, according to the Daily Mail.

"Depending on where we are and how the community responds to us, it's quite interesting."

The family document their day to day lives on their YouTube channel SixBlindKids.

In one video, the family filmed their morning school routine, with Karen waking up at 5am before getting the kids ready to go back to school.

"It's the first day of school where we live, and most of the kids had school changes... And with a family of six blind kids, and some with other special needs such as non-verbal autism, changes to the routine set things in a different motion."

"When Jesse (born blind and with non-verbal autism) has one of her meltdowns, Abi reacts as she often does, it makes her sad and upset," they wrote underneath the video. 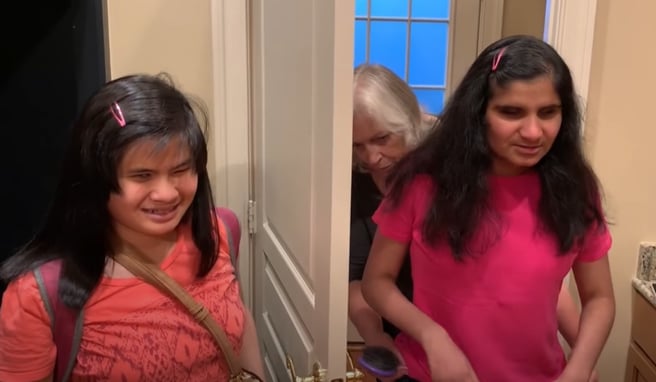 The couple, who currently have one grandson, understand they will never be able to fully retire or live at home without their kids.

“It’s challenging but rewarding,” said Joe, according to Inside Edition.

“We never imagined this would happen, I never in my wildest dreams imagined we would be in a lifestyle with special needs young adults.”

The kids, on the other hand, say they feel lucky to grow up alongside each other.

"I think it's really fun because you can relate to your siblings and you can share the experience together,"  David said in an interview with SBSK.

"We are just a normal family."