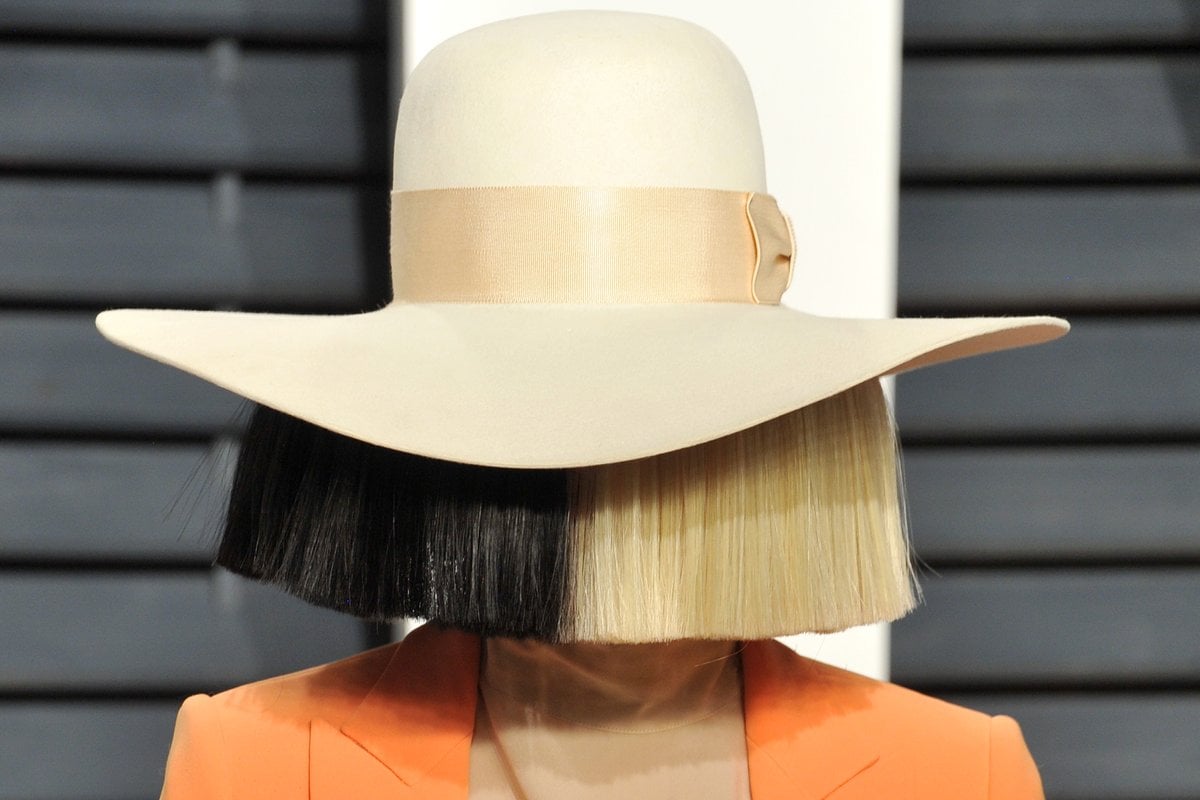 The Australian singer-songwriter, who launched her music career in the late 90s before being propelled into the spotlight, likens fame to poison.

"[Fame] has done nothing for me," the 44-year-old told Louis Theroux on his podcast, Grounded with Louis Theroux.

"I thought fame was going to rescue me and it didn’t."

Video via The Late Late Show with James Corden.

The Adelaide-born singer, who broke through as a solo recording artist with her sixth studio album, 1000 Forms of Fear, has spent the last few years masking herself with long-fringed wigs and large hats.

While she occasionally shows her face at events and on social media, particularly in aid of causes including animal rights, Sia largely rejects her fame, opting to shelter from the world in plain sight.

But despite her attempts to hide away from the spotlight, Sia believes fame is a contributing factor in her recent complex post-traumatic stress disorder (PTSD) diagnosis.

In a candid discussion with journalist Louis Theroux, Sia opened up about the diagnosis, sharing that it stemmed from "early trauma" as well as her experience with fame.

The discussion evolved following an incredibly bold question from Theroux, who asked: "What is the PTSD from?"

"My mum had postpartum depression.

"My dad is a very eccentric person, and he had an alter ego called Stan. [When he got angry], he would turn into Stan. He would apologise for Stan's behaviour. But we've had a very good repair recently."

She added: "I was also sexually abused at the age of nine."

The singer's childhood trauma was compounded later in life by a number of events, including finding fame, witnessing a violent attack on a man in public, and a neighbour's suicide.

She also recalled the death of her ex-boyfriend, an Australian waiter named Dan Pontifex, who was killed in a London road accident in 1997.

The singer shared that she grieved the death of her first love by sinking into an intoxicated haze with his friends.

"I was on my way to [London] to visit my ex-boyfriend and he was killed by a hit and run on his birthday," she told Theroux.

"We were all children, 19 to 20 years old. We all became very reliant on drugs and alcohol, to sort of soften the blow of his loss. I had no idea what alcoholism was then or drug addiction or anything like that. I just thought I'm 20 and I just like partying."

Sia's life in the spotlight.

In recent years, Sia has been open about her experiences with fame, loss and addiction, channelling her trauma into her music.

The Australian singer first entered the music scene in the 90s as a singer in the Adelaide acid jazz band Crisp. 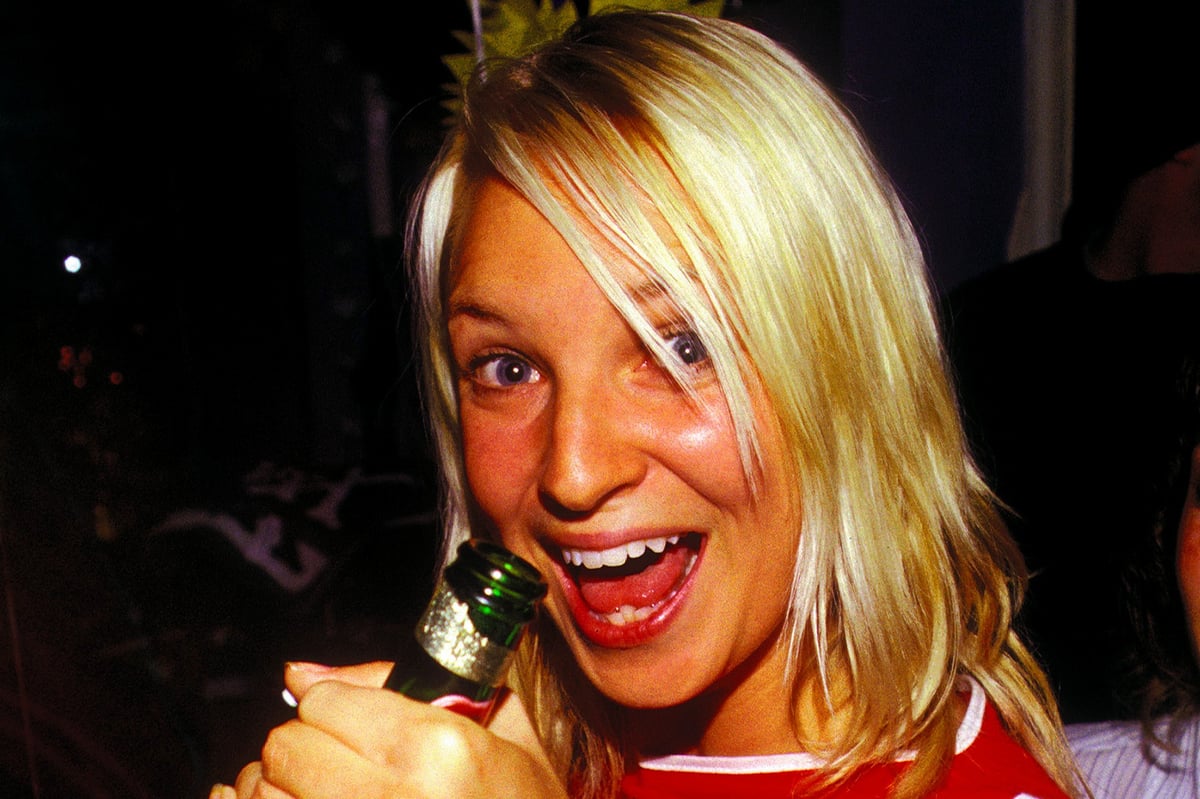 However, it wasn't until 2001 that she secured her own international record deal.

The solo album that followed, Healing is Difficult, chronicled her heartbreak and addiction following the sudden death of her ex-boyfriend, Dan.

In the years that followed, the singer gained fame in Australia and the United States after her song 'Breathe Me' was featured in the final episode of popular TV drama, Six Feet Under.

"I just wanted to have a private life," she told The New York Times. "Once, as my friend was telling me they had cancer, someone came up and asked, in the middle of the conversation, if they could take a photograph with me. You get me? That’s enough, right?"

Speaking to Apple Music's Zane Lowe in July 2020, the 'Chandelier' singer insisted that fame "should fall under a traumatic category", sharing that she grew up believing that fame would mend everything wrong in her life.

"When I even got to a level of even average fame, I realised that, that was not the case," she said.

"And it was so incredibly disappointing. As I got progressively, slightly more famous, I realised it wasn't for me at all, and that I had made a huge mistake."

As Sia struggled with fame, her dependence on alcohol and drugs deepened

In September 2010, the year of her ARIA-award winning album We Are Born, her addiction overwhelmed her. She booked a hotel room in the US with the intention of taking her own life.

But before she headed to the hotel, she received a fateful phone call from a friend.

"There must have been a part of me that really wanted to live," she told Rolling Stone, "because in that moment, I thought, 'There’s a world out there and I’m not a part of it. But I might like to be.'"

The next day, the singer went to her first rehabilitation meeting, kick-starting her journey to sobriety.

In the years that followed, Sia returned to the spotlight with 1000 Forms of Fear  – the album that brought us 'Chandelier', which has been streamed more than one billion times on Spotify.

She released the album without showing her face, opting to wear long-fringed wigs instead.

"I was an alcoholic and a drug addict, and I sobered up and decided I didn't want to be an artist anymore because I was starting to get a little bit famous, and it was destabilising in some way," she told James Corden in 2016.

"So I thought what doesn't exist in pop music at the moment? And it was mystery." 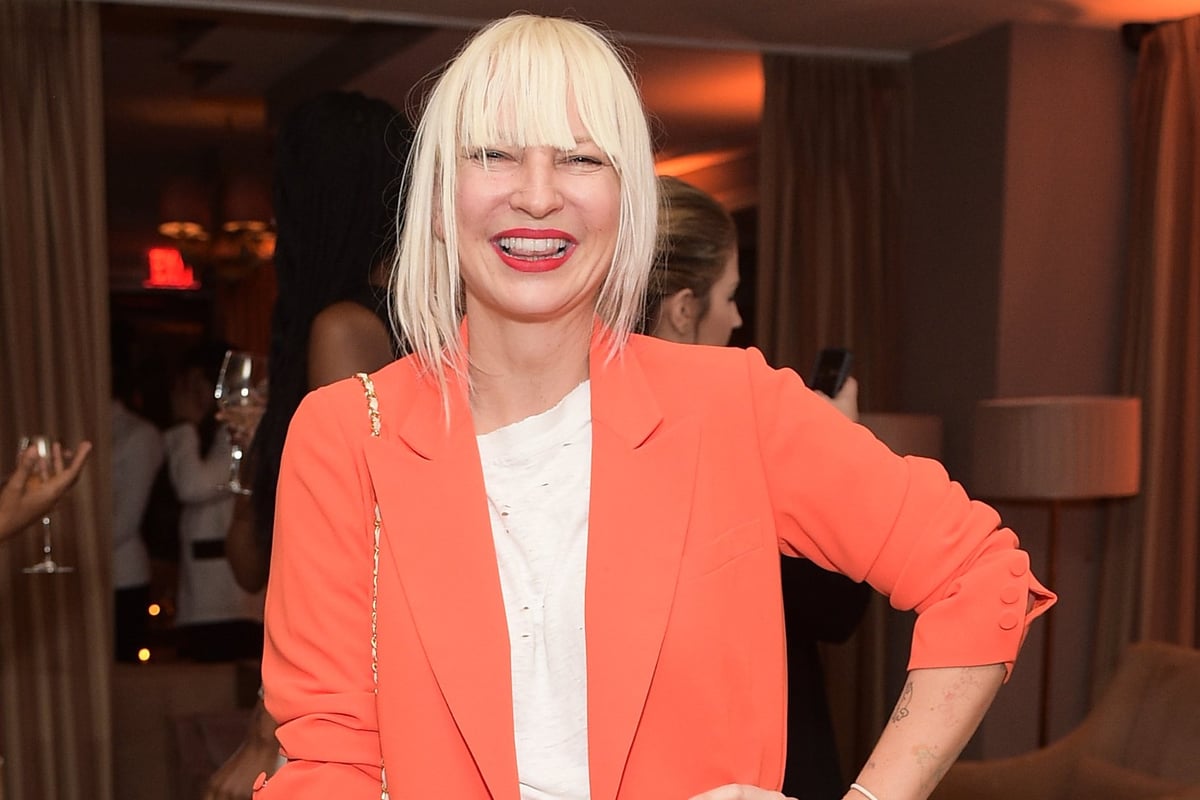 Speaking to Kristen Wiig for Interview in 2015, Sia added that opting to hide her face in the media and her music was her way controlling her image.

"People say, 'Enough of this shit where she doesn’t show her face,' and 'It’s a gimmick.' For sure. I’m trying to do this differently, for serenity," she said.

"I’m trying to have some control over my image. And I’m allowed to maintain some modicum of privacy. But also I would like not to be picked apart or for people to observe when I put on ten pounds or take off ten pounds or I have a hair extension out of place or my fake tan is botched. Most people don’t have to be under that pressure, and I’d like to be one of them."

But interactions with fans have changed her view on performing.

"[I would read fan letters and they] would tell me personal things that my music had done for them or their children," she told Theroux.

"That's when it started to make me feel valuable."

If you think you may be experiencing depression or another mental health problem, please contact your general practitioner. If you're based in Australia, 24-hour support is available through Lifeline on 13 11 14 and beyondblue: 1300 22 4636.

If drugs or alcohol are harming you or someone you know, support is available via the Alcohol Drug Information Service (ADIS). Call 1800 250 015 to speak to a trained counsellor.