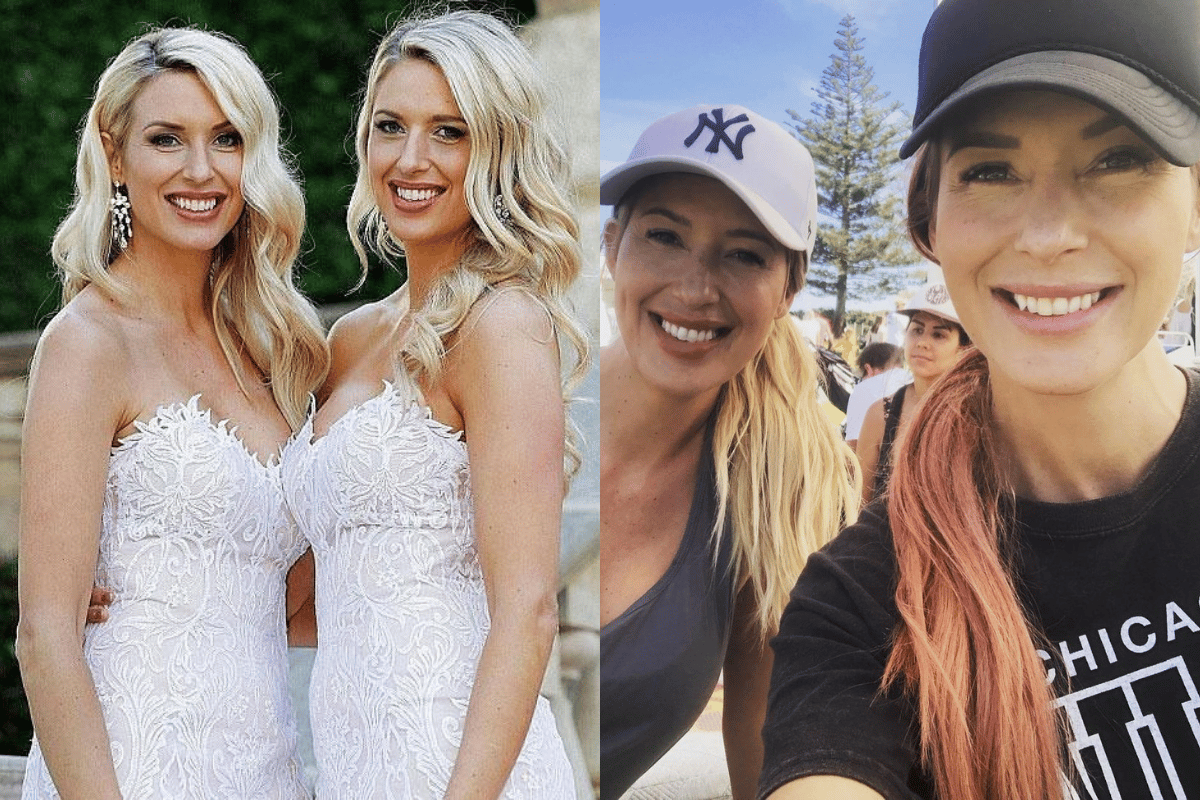 Back in 2017, the producers of Married at First Sight stepped things up a notch.

Sharon and Michelle Marsh, from Perth, were fake married to Nick Furphy and Jesse Konstantinoff during the “experiment”.

Watch the trailer for the upcoming season of Married At First Sight. Post continues below.

While Michelle and Jesse’s relationship never really started, Sharon and Nick seemed to make a genuine connection during the series.

However, the pair broke up within months of the show wrapping up.

“I love Nick, but after moving to Melbourne eight weeks ago to be with him, I soon realised that I’m not in love with him,” Sharon told New Idea at the time.

“I’ve shed many tears over this, because I really wanted it to work. I wanted the butterflies and roses — but I also needed a deeper love.”

After making the move to Melbourne, Sharon said she had a “constant ache” in her chest because she didn’t feel like she’d made the right decision. She also missed her twin sister Michelle, her parents and her dog.

Sharon soon returned to Perth and her commercial cleaning business.

For a few months, the twins appeared regularly on the pages of gossip magazines. During the next season of MAFS, the twins starred in an advertisement for HotelsCombined during the commercial breaks.

Since then, they’ve kept a relatively low profile.

The 35-year-olds are currently running their commercial cleaning business, Marsh Contractors and have also started their own wine range, which is appropriately named Twiins. Their range includes a Sauvignon Blanc Semillon, a Cabernet Sauvignon, and a sparkling.

“He is everything I could ever want in a partner,” she told the West Australian in February 2018. “Not to be a pessimist but I was waiting for the ‘but’ or baggage. But there wasn’t any. He’s perfect for me.”

The couple met on the dating app Happn, which matches people who frequently and geographically cross paths. Sharon and Julian were matched because they lived “creepily close to each other”.

“We messaged via the app for about two weeks before we met up for a beach walk,” Sharon explained. “Then we did the formal dinner date, which led into just hanging out all the time.”

In 2017, Michelle began dating Adam Medwick, a firefighter and a dad-of-one. But she doesn’t appear to be currently dating anyone now.

Four years on from the show, the twins aren't looking as similar as they did on TV.

Sharon has recently changed up her look and dyed her hair a pink balayage, while Michelle has remained blonde.

Michelle and her ex-husband Jesse have also remained good friends.

The pair recently got together in an Instagram video, where they thanked their UK fans for watching the show when it aired overseas in July.

"Thank you for all nice and supportive messages from the UK they mean the world to us, especially during these crazy times," Jesse captioned the post.

"Mish and I had an awesome experience on this experiment together and 3-4 years on are still really good friends."