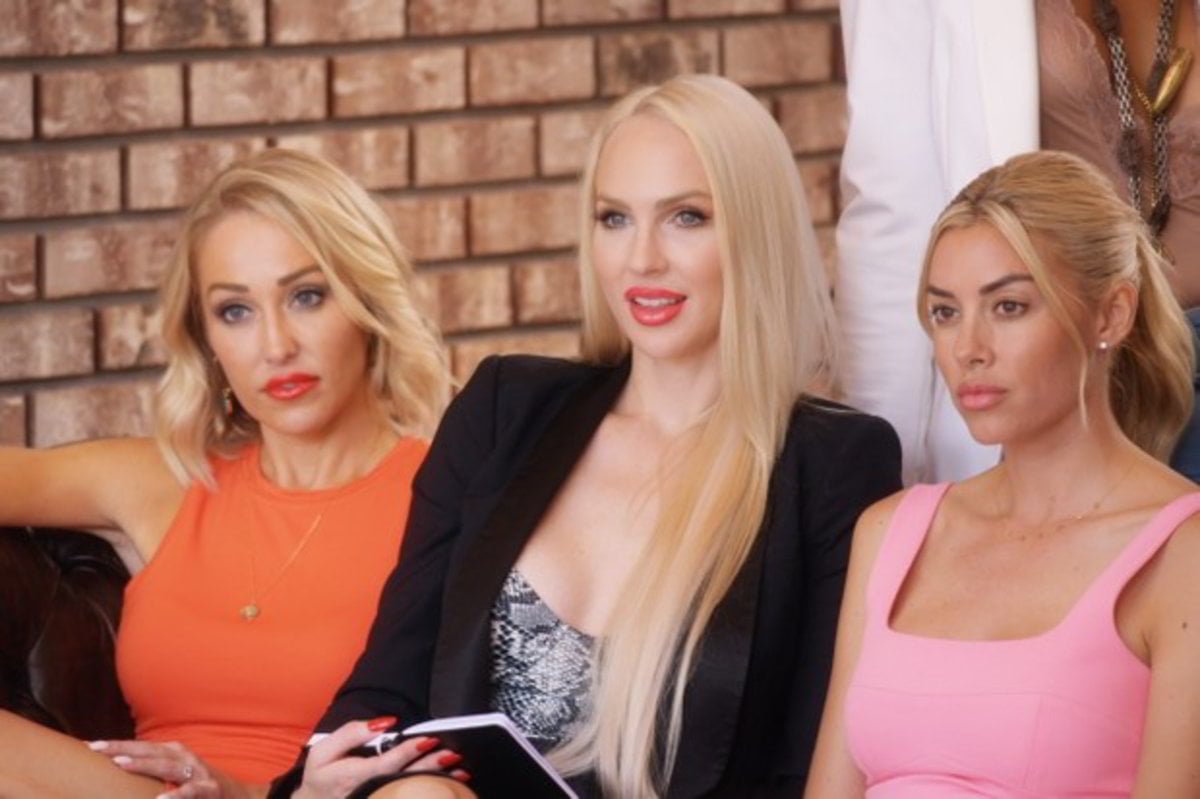 Netflix dropped their third season of Selling Sunset earlier this month, and we've been enjoying the luxuries and riches of the Oppenheim Realty Group, in all its glory.

Of course, when you watch such a show, you're likely to be left with many questions.

How much work do these guys really do? Who bought that hectic $44 million house? And where the heck is Justin Hartley?

Well. Never fear, we have just the same queries... and we've gone searching for the answers.

So without further ado, here’s a round-up of all the very important gossip surrounding Selling Sunset.

Watch: The trailer for Selling Sunset. Post continues below.

There's a lot of talk about whether the show is real or scripted.

The Oppenheim Group are a luxury real estate agency in Los Angeles with even more luxurious agents.

But, fans of the show have been skeptical as to whether the cast are legitimate real estate agents, or paid actors because they're just a little too good in front of the camera.

Chrissy Teigen brought the theory to light in a thread of tweets where she wrote:

"Everyone on TV plays up a character. They’re all doing that," before mentioning that she's never seen or heard of any of these real estate agents, despite being deep in LA real estate.

I will say, I look at LA real estate a lot and have never seen any of these people lol either have our agents, who I have obsessively asked.

Jason Oppenheim, president and founder of The Oppenheim Group, did not like that.

In a statement to People, he defended his agents, writing:

"Mary, Heather, Maya, and Christine were licensed and successful real estate agents at The Oppenheim Group many years prior to filming our show. Amanza worked with us as a designer, and has been a close friend of Mary’s and mine for many years. Chrishell was a practicing agent at another brokerage, many years previous to filming Selling Sunset. As a licensed agent, Davina had transacted many deals before joining the team in 2018.

"Any insinuation that the agents on our show are not experienced, successful, or licensed, evidences a complete disregard for the facts. Even a superficial investigation would identify previous team photos, hundreds of millions in transacted sales, and more than 50 years of combined licensed real estate experience from these agents."

Chrishell Stause, who previously starred on Days of Our Lives and The Young and the Restless (interesting coincidence?) also responded via social media, writing:

"People keep trying to hate on the show, which means it’s a huge success! Lol!

"Working all day showing clients properties in the heat and writing up my new listing to hit the market tomorrow! Busy! Thanks for watching though."

As for whether the drama is real or not, we'd tend to lean towards Chrissy Teigen's theory that it is likely played up to the cameras.

Yes, they're real agents, but there's no way any luxury workplace could function with that level of drama. Right?

Apparently Mary and Romain were married for over a year before their TV wedding.

So, it looks like Mary and Romain actually got married 19 MONTHS (!!!) before their big TV wedding, and that actually makes a lot of sense.

According to TMZ and a leaked marriage certificate dated at March 9, 2018, the pair had a civil ceremony at Ventura Courthouse two years before the episode aired.

Mary's rep has assured audiences it was a standard procedure though.

"Mary and Romain had a civil union a couple of months before the show began filming in June of 2018, but they chose not to tell any of their friends or family, as they were still trying to see if their relationship would work out in the long term," the rep told People.

"In their minds, they weren’t properly married until the wedding that was filmed during the show."

Oh. Christine had COVID-19 at her wedding.

In a very American turn of events...

It turns out Christine was extremely sick on the day of her wedding and was later diagnosed with COVID-19.

"I was really, really sick on my wedding day. I actually had, which I now know, was corona," she told Goss Chats.

"I got really sick in late December and we were travelling. I was sick for about a month when we were filming. I couldn’t even have a bachelorette party, I was so bummed about that. That time was such a high but a low at the same time."

The buyer for *that* $44 million house has been discovered. 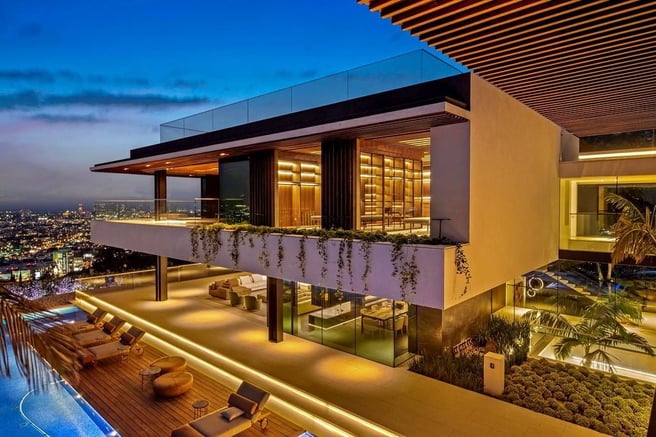 The 20,000-square-foot home that stole the show in season one of Selling Sunset took a while to sell, but in season three, Jason Oppenheim announced it had sold. But who were the buyers?﻿

It turns out the property was bought by Tom and Lisa Bilyeu, the cofounders of Quest Nutrition.

Quest Nutrition sold for one billion dollars in mid-2019, giving the couple a big paycheck to set towards their new home.

And we are very jealous of their very cool insta pics now, thank you very much.

Why Justin Hartley was never on the show.

In case you didn't realise (you most certainly did if you watched a single minute of the first two seasons of Selling Sunset), Chrishell was (up until late last year) married to This is Us actor, Justin Hartley.

But, you wouldn't have the footage to prove it.

After hearing of Chrishell's husband on and on in season one and two, you may have thought you were bound to see him this time around.

But, as season three went to air, it did so without Hartley making an appearance.

"I think it was just contractual," he said.

"We certainly asked many, many times. I think it was just his contract with NBC."

Reply
Upvote
Wait, so this couple got married, but didn't tell anyone because they weren't sure the relationship would work out? That seems kind of illogical. If your relationship doesn't work out, surely it's easier to just break up with your boy/girlfriend than to have to go through a divorce?
Also, can you imagine having the kind of money to be able to afford a $44million home? The mind boggles.
News
General
Opinion
True Crime
Politics
Sport
Explainer
Entertainment
Celebrity
Reality TV
Movies
TV
Books
Rogue
Royal
Lifestyle
Beauty
Fashion
Weddings
Home
Wellness
Health
Fitness
Travel
Food
Parents
Before The Bump
Pregnancy
Baby
Kids
Teens
School
Parent Opinion
Work & Money
Money
Finance
Career
Lady Startup
Relationships
Sex
Dating
Separation
Friendship
Family
Real Life
Couples