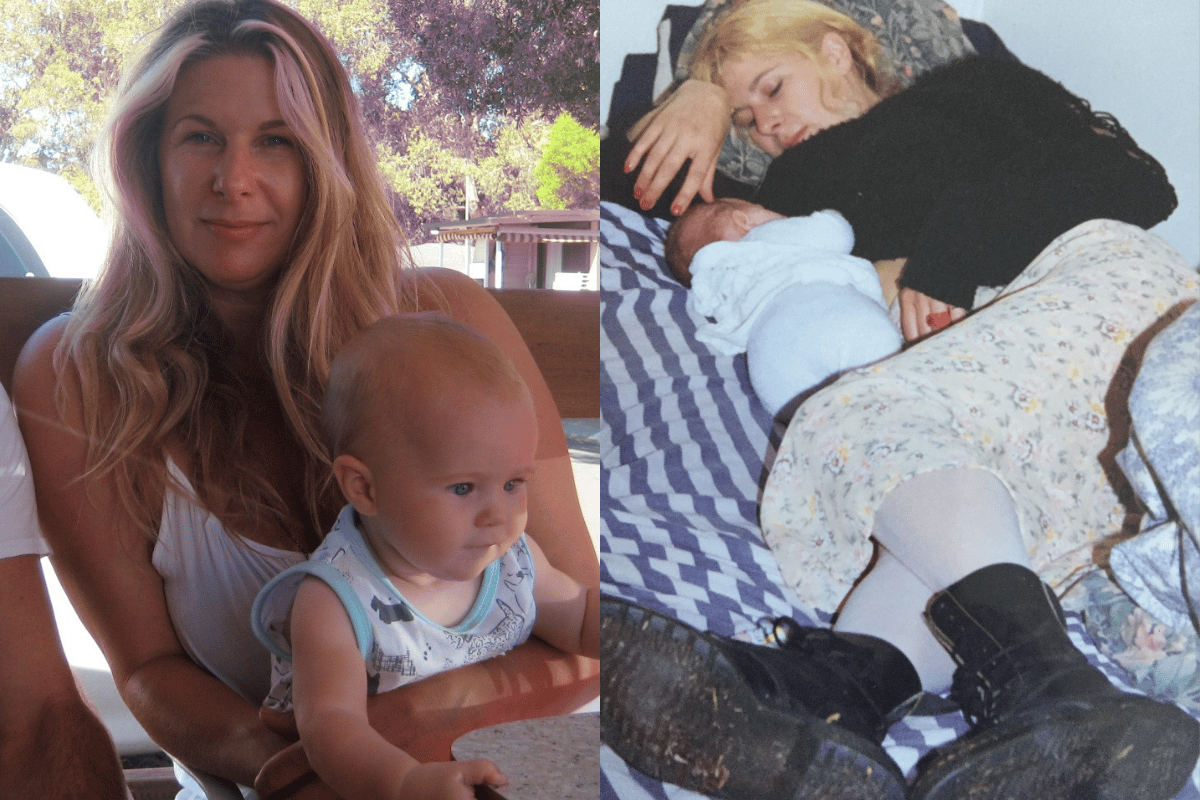 I will never forget the sensation of my first baby’s head at full 10cm dilation. The primal terror and wonder of labour and the delirious relief of delivery. I remember feeling different. Not just because my vagina was broken, and I was wearing a frozen pad.

Or that my breasts had engorged and presented me with milky augmentation or I’d made a human.

I looked in the mirror for a full 10 minutes after the birth of my daughter, trying to work out why I looked different.

I wasn’t the same. The girl who had entered that birth suite was not the same one who left. You see on that day; I hadn’t just learnt how to give birth, I’d learnt how to suffer. I had learnt the enormous capacity that women have for pain.

For endurance. For being in mind-altering torment when everyone around you was oblivious. When the most they can do is offer you water or a back rub. 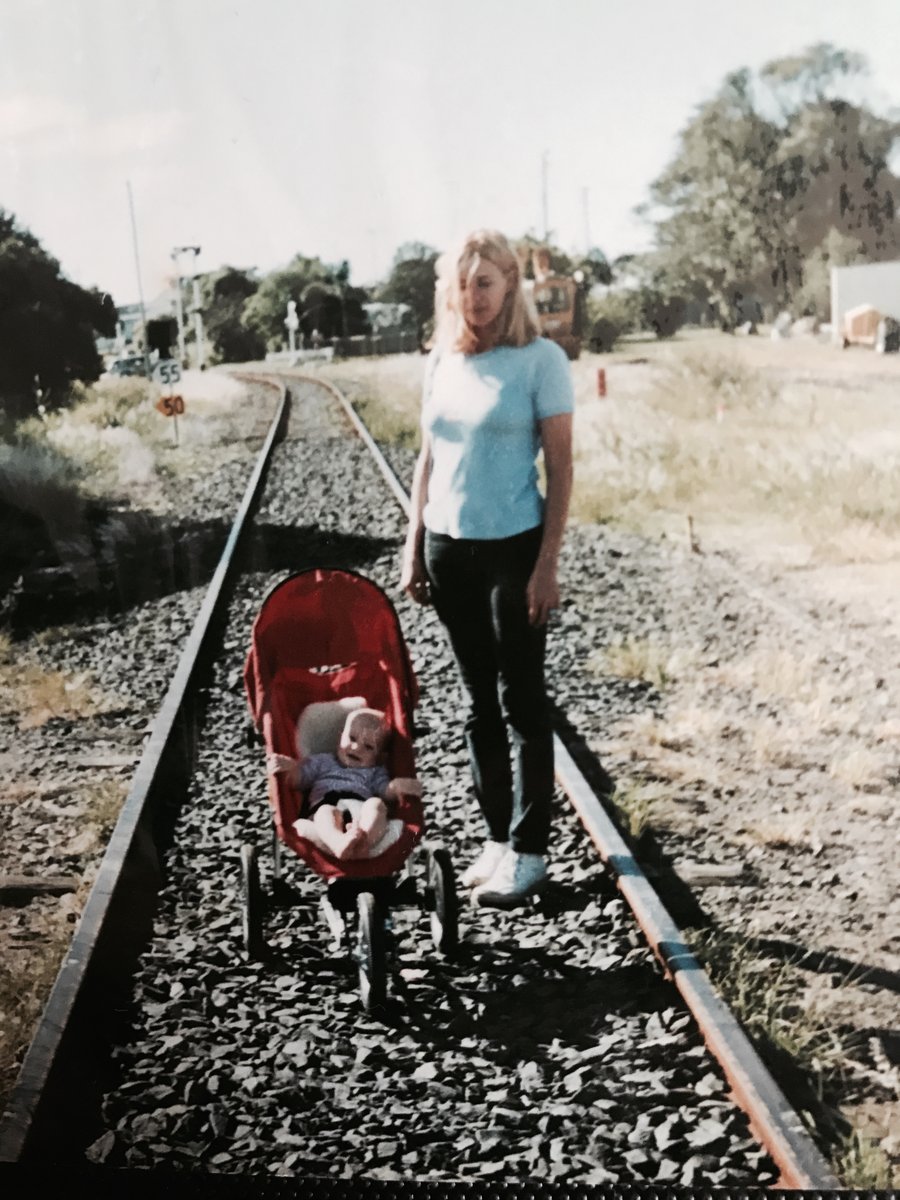 "The girl who had entered that birth suite was not the same one who left." Image: Supplied.

I learnt that to get s**t done, mothers have to do it.

That's what was different. The girl I was before was gone. In her place was a woman I had only seen on bus stops or in supermarkets. She was softer, yet more fierce. She was more loving, yet angrier. She was a mother. This mother who I became went on to birth three more and take on another. Five children in total. Like notches on my uterus.

Reminders of who I serve. Of my purpose. Of who I will fight for. Of who I would die for. When you think about it, fluffy slippers on Mother’s Day is pretty poor recompense for the endless service and the death of self.

Before I had children, I was entirely self-centred. After the kids, I lost the ability to think about myself first. My first husband used to call me Martyr 10 (after the hardware store). I thought it was unkind, but on reflection it was accurate. 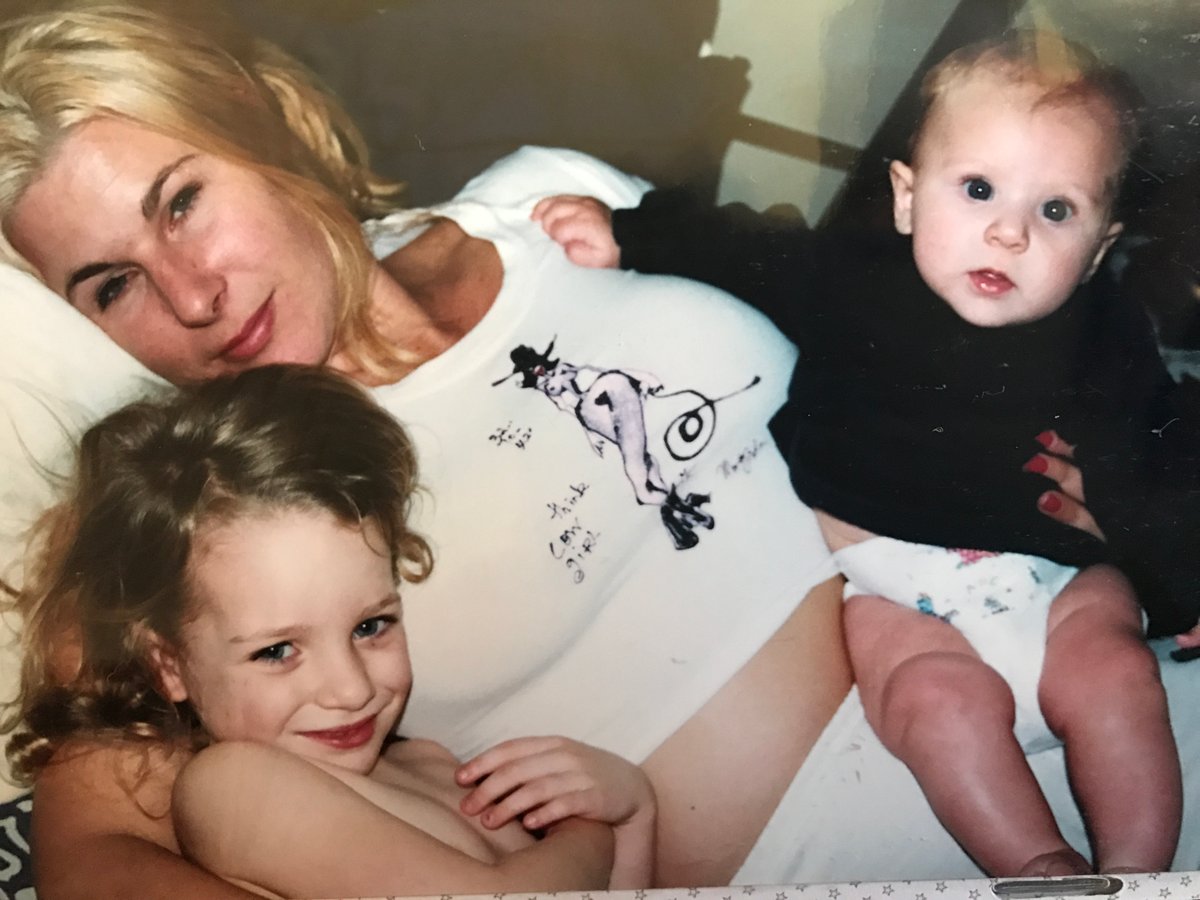 "Before I had children, I was entirely self-centred. After the kids, I lost the ability to think about myself first." Image: Supplied.

I was quite vocal about what I was prepared to go without to make my daughter’s life better. Especially in reference to my partner. He seemed to be able to stay out late, sleep in, and mooch in exactly the same way he had before our daughter arrived.

I wanted to kill him. He didn’t know how to suffer. And he didn’t appreciate my suffering either.

In the first two years, I don’t think I bought myself a single thing. I didn’t get a massage. Or a facial. I was close to cutting my own hair. I had one job. To keep this small human alive. It was daunting. I was vigilant. I certainly didn’t go anywhere without her. I was so busy mothering I had forgot to mother the mother.

Self care wasn’t something I’d considered. Imagine actually looking after yourself!

So for years, I set the alarm, and I woke in the dark. I made sandwiches; I washed uniforms; I drove them to sport; I waited in the car outside dance class; I volunteered at the canteen. 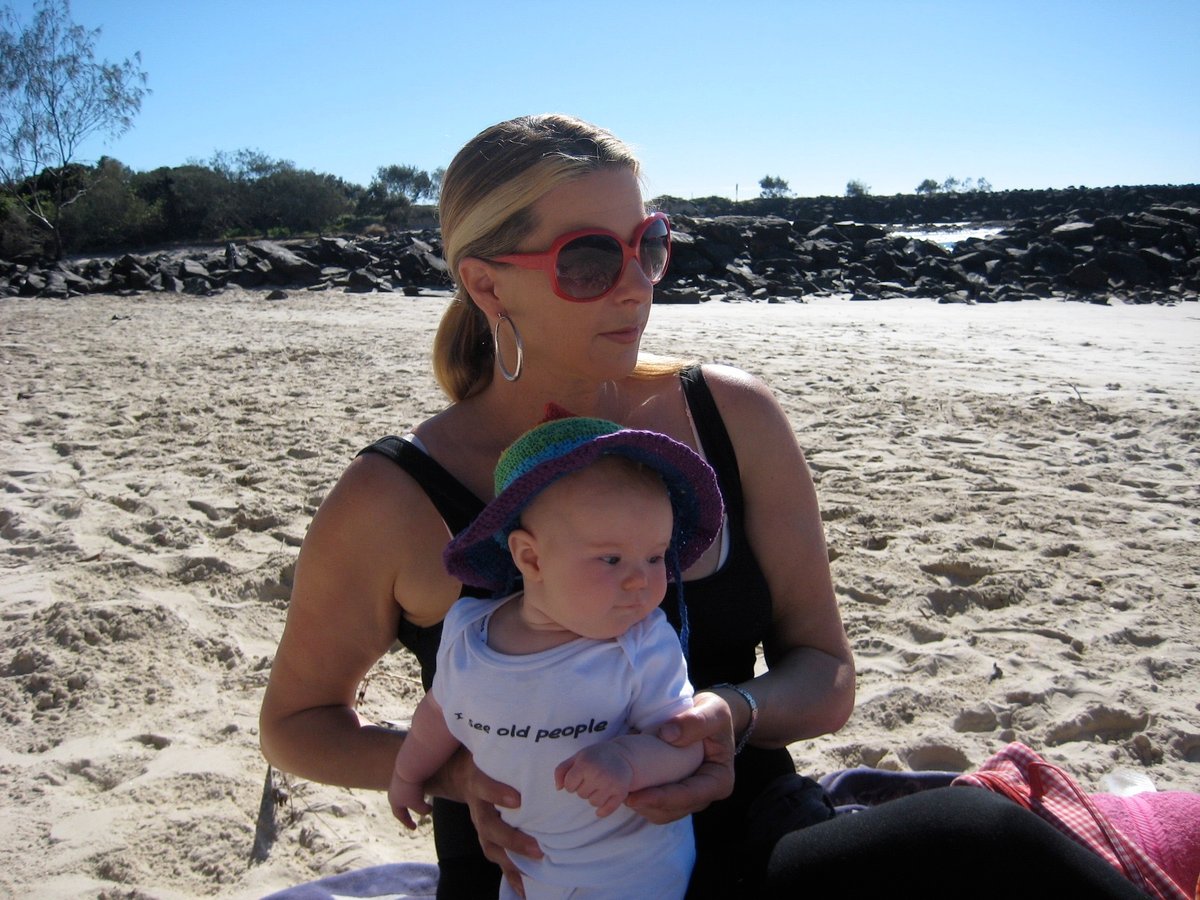 "I was so busy mothering I had forgot to mother the mother." Image: Supplied.

Later when they were older, I lay in bed not sleeping because their friends were over and they watched loud scary movies all night; I went on holidays to places they would like; I picked them up at 2am when they were drunk at parties they weren’t supposed to be at.

One day I woke feeling weird. My heart seemed to be racing yet I was still in bed. I felt dizzy and panicked. I wondered whether this was anxiety? I wondered whether in all the years of service I had broken myself. I remember the ambulance taking me to hospital and worrying about how I was going to get everything done that day.

This was really inconvenient. I had washing on the line.

As it turned out I had AF. Atrial Fibrillation. It is an irregular heartbeat. Many tests and many occurrences later it was revealed that I had literally worn myself out to the point my heart was misfiring. If I was a computer, I needed a reboot. I was overweight, overworked and overtired. Turns out that reckless self-abandonment isn’t good for your health.

It’s my default position. I can sleep less and work harder than any man I know. But it doesn’t mean I should. It’s not a competition. (Even though I’d win.) 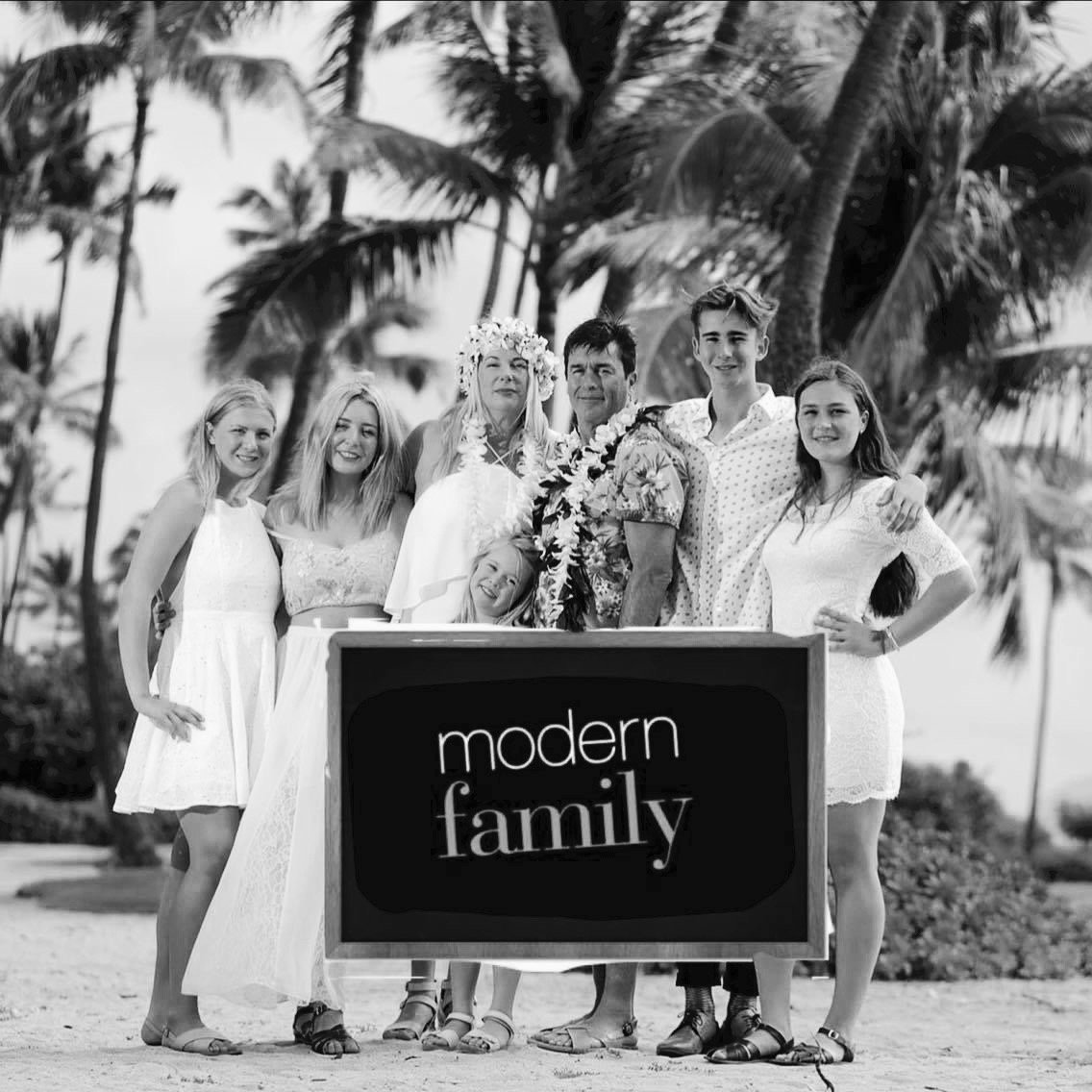 This Mother’s Day, I call on all mothers to mother themselves. Go for long walks, sleep in, luxuriate... not just one day of the year... at least one or two days a week. Find what you love doing, and make time to do it. Focus love and attention on yourself. Go away on your own for a few days. Make the family eat a meal that you love. Even if they hate it.

Find time to go to yoga or an exercise class – because you are important. Give yourself time. Teach your children and your family how to take care of you. They can only learn how to treat you, from you.

So mother - go do what you do best... mother. But mother thyself!

Reply
Upvote
I also am a martyr 10 🫣 thanks for this article. It’s true and I need to wake myself up. I’m burnt out beyond recognition…
M
melc74 17 days ago