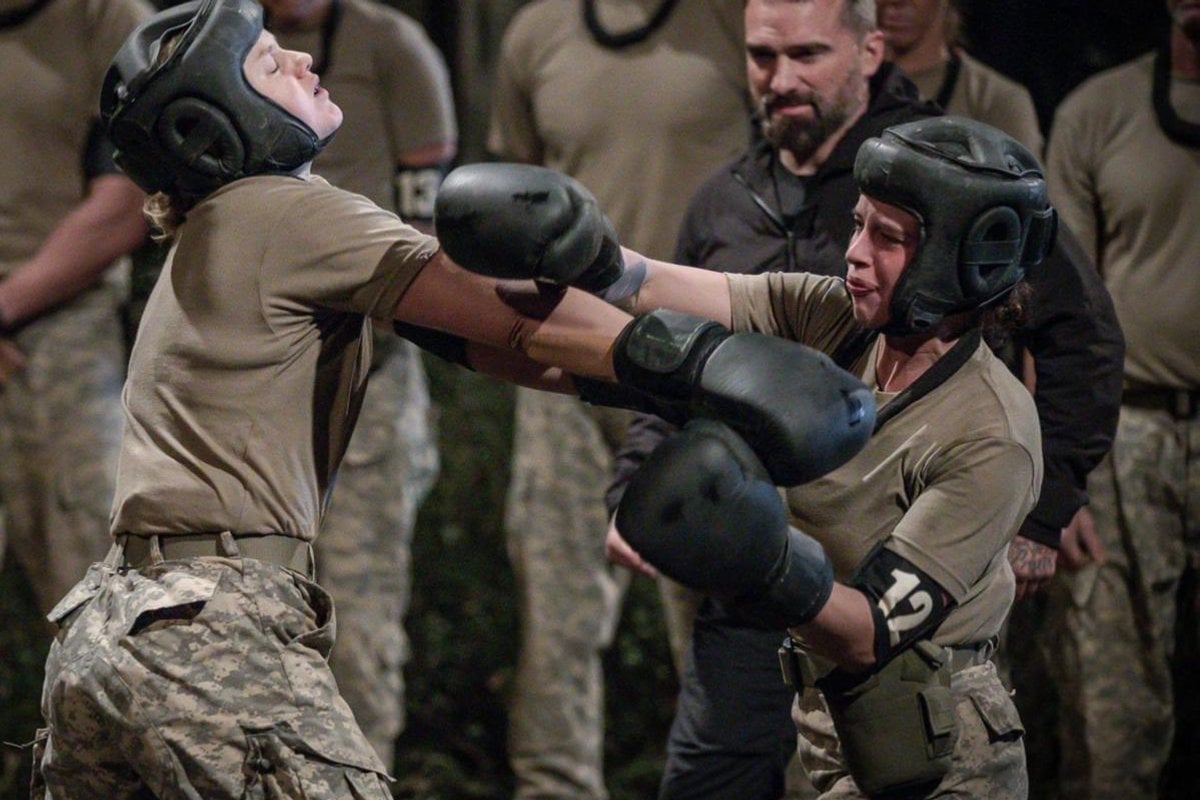 SAS Australia is back and more brutal than ever.

Just one week in, we've already seen four recruits voluntarily withdraw - and if the glimpses of what is to come are anything to go by, we have a good feeling the rest will be dropping like flies very soon.

Watch the trailer for the last season of SAS Australia. Post continues below.

It's still early days, but there have already been a series of rumours and behind-the-scenes information to come out from the show.

We've rounded them up into one handy place... because while we all enjoy seeing celebs journey towards 'finding themselves', we also need to know the gossip pls.

How much are SAS Australia recruits getting paid?

While most recruits will take home anywhere between $30,000 and $50,000, this year Sam Burgess will be taking home the largest pay packet for the SAS Australia challenge.

According to New Idea, the controversial rugby league player signed a $150,000 contract, with all contracts dependent on how long the contestants last on the show.

What celebrities didn't make the cut for SAS Australia?

As could be expected, So Dramatic! has come through with some very exciting goss on the long list of celebrities who applied for this season of SAS Australia, and didn't make the cut for various reasons.

Former Neighbours star Jodi Gordon put her name forward for both the 2020 and 2021seasons of SAS Australia, but didn't make it through.

Rumour has it, actor Luke Jacobz applied for both SAS Australia and Dancing with the Stars at the same time. When he was approved for both, he decided to stick to DWTS.

We don't blame him.

Perhaps unsurprisingly, adventurous Bachelor star Locky Gilbert was keen to join SAS Australia this season. In fact, he made it to the final stages of casting before he was (sadly) rejected.

Ciarran was searching for his Bachelor in Paradise redemption story in this season of SAS Australia, but unfortunately didn't make the cut.

The runner-up from Ali Oetjen's season of The Bachelorette, Todd King was keen to take on the SAS challenge, but narrowly missed out.

Married at First Sight alum, Jessika Power and Ines Basic were both keen to prove their resilience on SAS Australia, but sadly the gals didn't pass the physical test.

While we're on MAFS alum, Michael Brunelli put forward his application for season two, but didn't get a callback.

Love Island and The Block twins, Josh and Luke Packham were also keen to join this season of SAS Australia, but couldn't take on both series, so went with The Block.

One of the SAS celebs blocked their co-star, Jett Kenny.

On Hit Queensland’s Breakfast earlier this week, Jett Kenny revealed that an unnamed co-star blocked him on Instagram... two years before they came face-to-face on the show.

“I’m not going to say who it is,” Jett told the hosts.

"It was on Dancing with the Stars and Lilly [Cornish] and I were sort of getting bad messages from someone saying that we were bad people.

“We ended up just confronting the person, and I noticed that they were following this other person now on [SAS Australia] and I was following them as well, so I sent them a screenshot of the message and I was just like, ‘Do you know this person blah blah blah?’ And didn’t get a reply, and just got blocked straight away. So, um, I’m still blocked.”

Who could it be? We'll leave it up to you for guesses. 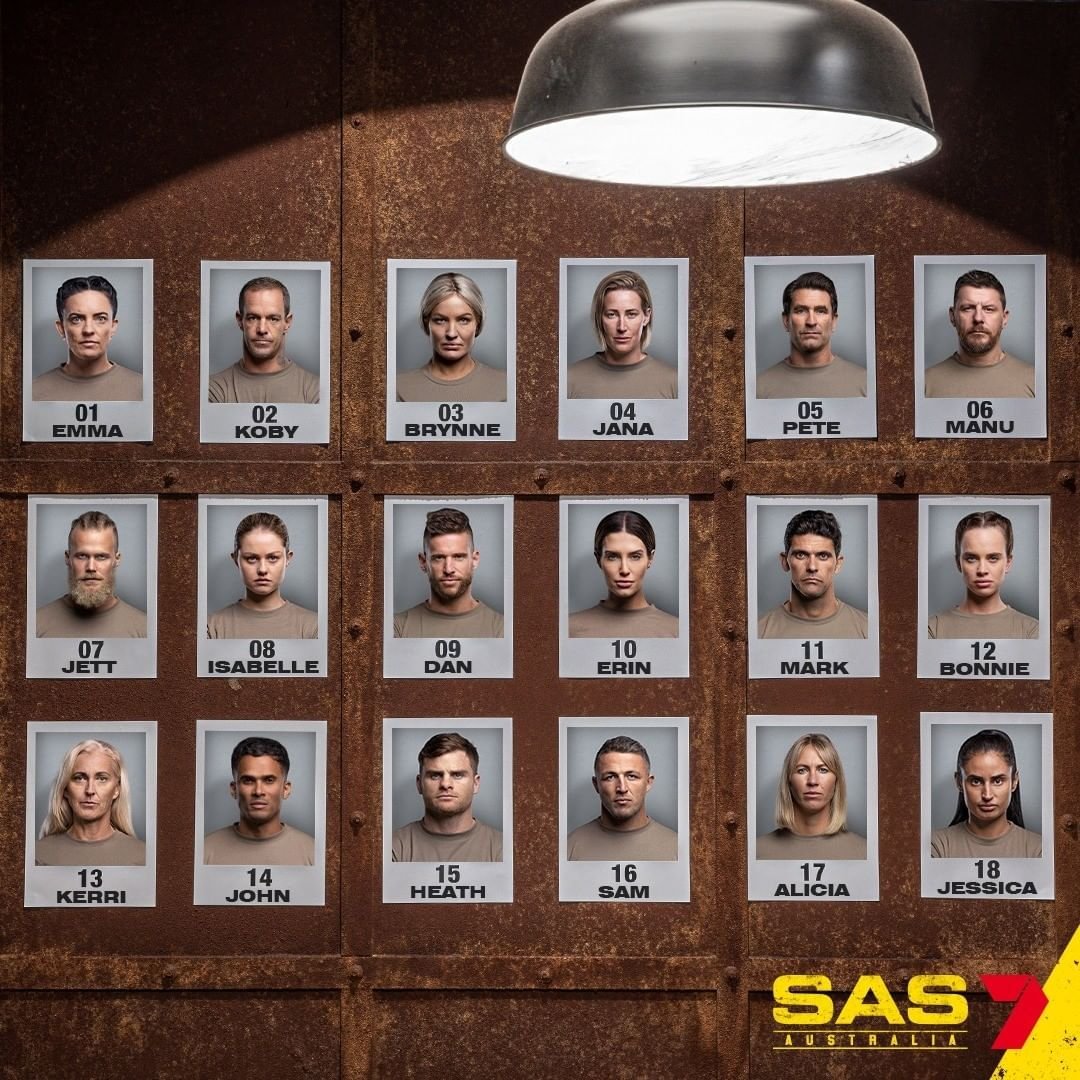 Why did Manu Feildel withdraw from SAS Australia?

It turns out chef, Manu Feildel's exit from SAS Australia wasn't as sudden as it seemed when the former My Kitchen Rules judge stepped away from the "drowning" challenge this week.

In introducing the day's task, instructor, Ant Middleton told recruits: “If you f**k this up, we will be dragging your carcasses out of the water and f**king pumping the water out of your lungs.”

And Feildel was quick to VW, not giving the task a second thought.

"I came on this course to prove something to myself, and I just realised I don’t need to prove anything," he said to the camera.

On the Morning Show, Feildel shared there was more going on when he made that decision.

“I was not relaxed at all, inside I was bawling, I was freaking out," he said.

"The previous day, there was this tunnel that you had to go through which I did not get to do, because Sam Burgess was in there for too long, but we were promised that we would be doing that again in the next two days, and I lost sleep over that already.

"Claustrophobia is something I suffer from, and I thought I would see what happened the next day, and when I saw the Jeep hanging from a crane over the water, and what would happen, I was out. There was no way to change my mind.

"At the end of the day the reason why I left was because I realised that I did not have anything to prove to anyone or myself at all. I don’t have any regrets.

"I went home and had a beautiful hot bath and meal and slept in my own bed and I was much better."

Why aren't some celebrities getting coverage?

51-year-old musician, Pete Murray came out on Instagram earlier this week to discuss why none of his challenges have been aired yet.

"I just wanted to say sorry, you still haven't seen any task that I've done on SAS," Murray said to his audience last week.

"Unfortunately, that's just the way that the show's been edited, and I know some of you guy's are getting a little bit frustrated."

Despite this, Murray added that he appreciated the directing staff, calling them "specialists in the area".

"When I first went on the show, and we lined up there that day and Ant (Middleton) said, 'If you listen to us, every word we say to you, you will complete this course'.

"And I took that approach of being a soldier when we were doing these tasks and listened to every single word these guys said - and it is the only way I got through them."

Pete will be discussing his experience on the show via his Instagram over the next few weeks.

Who will be on the next season of SAS Australia?

We might only be a few episodes into season two of SAS Australia, but according to Fitzy & Wippa, the show is well into casting for 2022.

"There’s been some names leaked for the new series, which are really really good," Fitzy said on air last week.

"I can confirm too, one of them is ex NRL bad boy Willie Mason.

"I’ve been told he’s currently training really really hard getting smashed before he actually does the show."

The host added that cricketer Michael Clarke has "put his hand up," and that the show are currently in talks with Sonny Bill Williams.

“These are the big two though: [Ian Thorpe], ‘cos of his mental toughness. He knows how to push himself,” Fitzy said.

“And the other one is, and he’s already been knocked back on the Big Brother one, but apparently Pete Evans is locked in now.”

...Take this with a grain of salt.