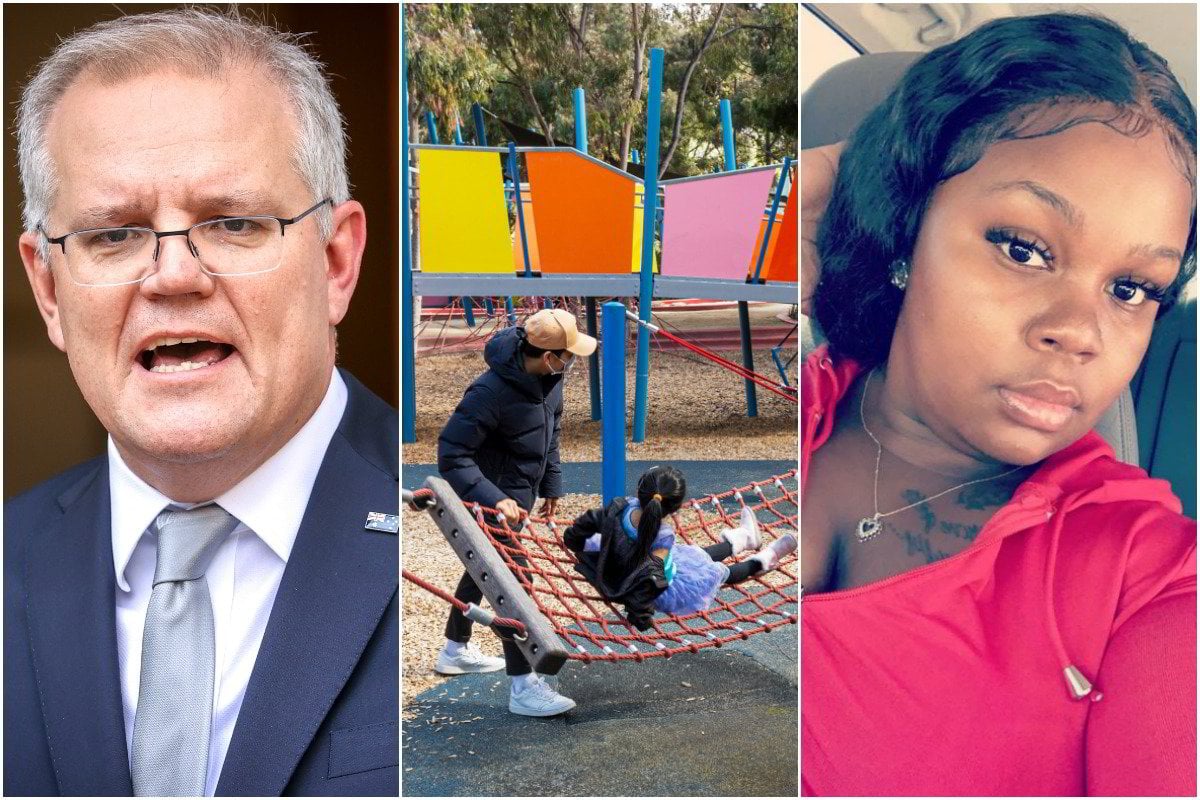 Pockets of Australia have begun to open up as coronavirus case numbers drop and the nation had its first fatality-free day since mid-July.

The hardest-hit state of Victoria will see eased restrictions outside Melbourne from midnight on Wednesday, with outdoor gathering limits increased to groups of 10 and hospitality and entertainment allowed.

People in regional Victoria will also be able to leave their homes without restriction and all shops can re-open.

Premier Daniel Andrews asked Melburnians to see it as an encouraging step that further success can be achieved, despite there being no immediate changes to Melbourne's lockdown rules.

The city took its first tentative steps out of lockdown on Monday, with those living alone or single parents allowed to have one visitor, outdoor exercise extended to two hours and the curfew start time put back an hour to 9pm. 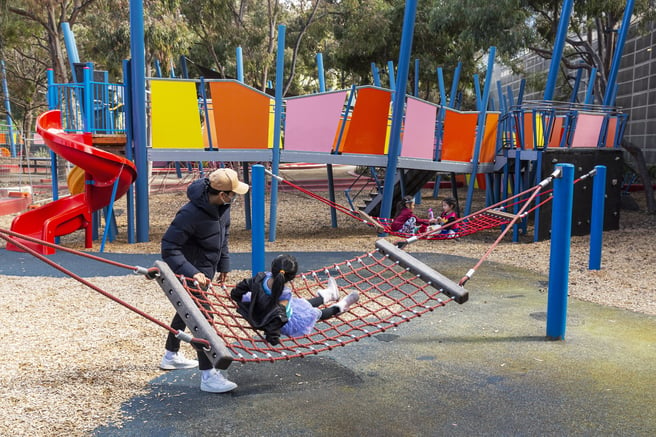 Overnight, South Australia lifted its COVID-19 border restrictions with the ACT, but quarantine measures for people from NSW will remain for the foreseeable future.

Travellers flying in from Canberra will no longer need to quarantine for 14 days, but will not be allowed to arrive by road.

South Australia has lifted COVID-19 border restrictions with the ACT, in a move that will boost Australia’s domestic aviation sector. #7NEWShttps://t.co/1KWNPrsLbb

They will still need to seek pre-approval online and will be asked to declare they have not been in NSW or Victoria in the previous 14 days.

The US city of Louisville in Kentucky will pay AU$16 million to the family of Breonna Taylor - a black woman shot dead by police in a botched raid on her apartment in March - to settle a wrongful-death lawsuit.

The settlement will be accompanied by reforms of the Louisville Metro Police Department, including a requirement that commanders approve search warrants before they are put to a judge. 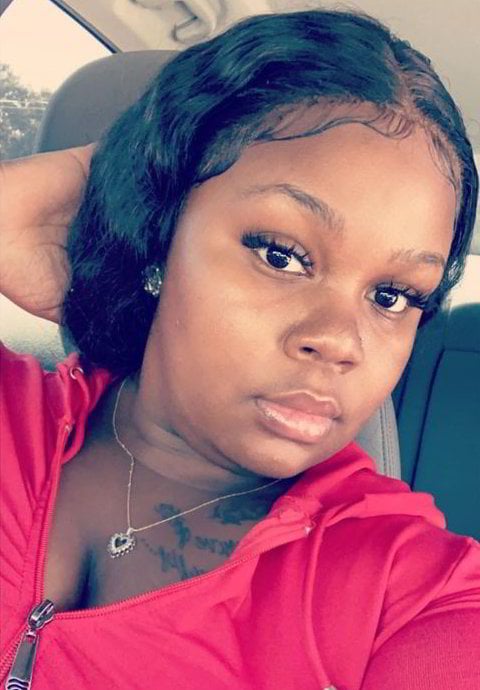 "My administration is not waiting to move ahead with needed reforms to prevent a tragedy like this from ever happening again."

Fischer was joined by Taylor's family, who said they welcomed the settlement but also demanded officers involved face criminal charges.

"As significant as today is, it is only the beginning of getting full justice for Breonna," said Tamika Palmer, Taylor's mother, her voice at times shaking with emotion.

"It's time to move forward with the criminal charges because she deserves that and much more."

Wealthy men would get most benefit from government's tax cuts.

Men on high incomes would be the main beneficiaries if already legislated tax cuts are brought forward as flagged by the federal government, new modelling suggests.

The study by the Australia Institute think tank found if the tax cuts scheduled from 2022/23 are introduced earlier, for every dollar of tax cut that women would get, men would get $2.28.

If at the same time tax cuts planned from 2024/25 are also brought forward, men would get $2.19 for every dollar a woman would get. 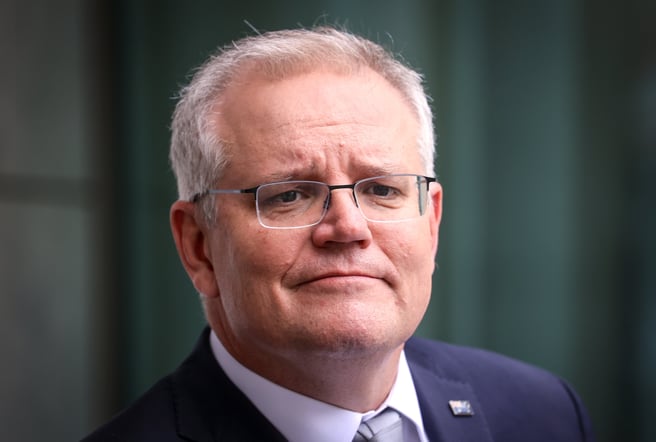 Previous modelling by the institute showed higher earners would benefit more from these tax cuts, and are more likely to save the benefit than spend it.

"Giving tax cuts to the wealthy will have a very limited stimulatory effect on the broader economy, but it will significantly widen the economic divide that already exists between men and women in this country," the institute's senior economist Matt Grudnoff said.

The institute says women have been the hardest hit during the COVID-19 pandemic in terms of lost employment.

Powering Australia's economic recovery from coronavirus with gas has sparked mixed reactions, with the plan labelled a betrayal, hot air and a good first step.

Prime Minister Scott Morrison on Tuesday launched the government's plans to boost Australia's gas sector, including a promise to build a gas power plant in the NSW Hunter Valley if the private sector does not step in.

He also wants to fast-track inter-connectors and build more gas pipelines to ensure electricity can be moved around the east coast.

The Australian Energy Council says the government's threat of intervention may be counterproductive as it gives the sector further uncertainty.

"The only way a new gas-fired power plant will get built in Australia is if its built using taxpayers' money, and that's because it's uneconomical compared to renewable energy." - CEC CEO @kanethornton on government plans to build a gas-fired power station https://t.co/ym4wHHPt2b

Labor's energy spokesman Mark Butler says the plan doesn't create a single job for Australia when it's needed most, now.

"Australia needed a jobs plan from the prime minister today. All we got was hot air."

"The Morrison government has captain's picked the technology of gas, whilst blackmailing private companies on an economic decision that is widely condemned by scientists, economists and investors," she said.

"This is completely against any kind of free market liberalism and shows how far Scott Morrison is willing to go to support fossil fuels over sound economic management and jobs."

Oxfam Australia has also blasted the government for putting gas, a fossil fuel, at the centre of our recovery from COVID-19.

The rollout of a new training program to help Victoria Police respond to mental health incidents was halted because of the summer bushfires and COVID-19 pandemic.

The revelation has been made publicly after officers shot a knife-wielding man outside a Melbourne shopping centre on Tuesday morning.

The 24-year-old man allegedly yelled at police to kill him before being shot by two officers at Lilydale Marketplace.

He had been inside a medical centre with the knife and filled out a new patient form shortly prior to the tense standoff.

A man carrying a knife has been shot by police during an incident at Lilydale Marketplace this morning. Emergency services are at the scene where he is receiving medical treatment. pic.twitter.com/fisleHuFNJ

Deputy Commissioner Neil Paterson said he'd seen an escalation in the use of force against police in the last few weeks.

He also noted the bushfires and coronavirus had forced the rollout of new police training for mental health situations to be put on hold.

The shooting, under internal investigation by the force with oversight from its ethics body, was captured on police body-worn cameras.

The man remains in hospital but his injuries aren't life-threatening.

ADF member fined for inviting a guest into his quarantine room.

On Tuesday, ADF officers were conducting security checks at a Sydney quarantine hotel when they heard a female voice in the room of a man who was a serving member of the force undertaking mandatory 14 days quarantine after returning from an overseas deployment.

The 26-year-old man and 53-year-old woman, who was a guest at the hotel, were both fined $1000 for breaking coronavirus restriction rules.

The woman was directed to check-out immediately and attend a COVID testing facility before self-isolating at her Hornsby home.

The man remains in hotel quarantine and the ADF are conducting further investigations.

A Western Australian woman jailed for six months for smuggling herself across the state's border, breaking coronavirus border rules, has been freed on appeal.

She will instead complete 50 hours of community service.

Asher Vander Sanden told 9NEWS she "understands completely that people are upset at me and I did take a huge risk at other people's expense, and I apologise."

A Perth hitchhiker who tried to elude border control by hiding in the back of a truck, has had her six-month jail sentence overturned. @dwinterfield9 #9News pic.twitter.com/MyTXoIAuKC

She spent a total of three weeks in Bandyup prison, two of which were in solitary confinement which she has described as "cold" and "boring."

"I felt like I got kicked in the stomach. I was gobsmacked, I was shocked... Just completely powerless," she said of the experience.

- America's reputation among some allies has fallen to its lowest point in nearly two decades, according to a global survey.

- The poisoned Russian opposition figure Alexei Navalny is to return to Russia, his spokeswoman has said, despite his attempted assassination allegedly ordered by the country's president. He is currently recovering in Berlin.

Reply
Upvote
2 upvotes
Is it really a surprise that the people who pay the most tax get the most relief from a tax cut?
L
laura__palmer 2 years ago

Reply
Upvote
@snorks It's no surprise from this liberal government, but the tax cuts should be aimed at low income earners, with high income earners missing out, because how is the current plan going to help the hardest hit, which are women and low income earners?
S
snorks 2 years ago

Reply
Upvote
@laura__palmer
'It's no surprise from this liberal government' - Do you not remember the scramble last year to get the $1,080 tax refund from this government?
The last major overhaul of the tax brackets was solely for the low to middle income earners, though that was a while ago now.
'but the tax cuts should be aimed at low income earners' - Not tax cuts, but there are several tax offsets aimed solely at low and middle income earners.
The Low Income Tax Offset, the Low and Middle Income Tax Offset, the Seniors and Pensioners Tax Offset.
L
laura__palmer 2 years ago

Reply
Upvote
@snorks Yes. I remember the scramble. At the end of the day, that really did nothing to help over a long term, it didn't provide much relief for those doing it tough. All of your points are by the by, anyway, because "because how is the current plan going to help the hardest hit, which are women and low income earners? " That is the point I'm making. There needs to be sweeping cuts to low and middle income earners tax rates if we want to see the economy back up and running again. That is who spends money in the community. High income earners should get nothing. They don't need it. This needs to be about equity, not equality.
Any offsets or cuts from the past is moot point.
S
snorks 2 years ago

Reply
Upvote
@laura__palmer It's an extra $500 or so a year. I think many people would like to have that and find it helpful.
Maybe the recent tax cuts give more benefit to higher income earners because the previous ones gave more benefit to low income earners? Something like that?
If women and low income earners were the worst hit by the pandemic, then they were also the ones to receive the most benefit from the JobSeeker benefits.
'Any offsets or cuts from the past is moot point' - Why? If you go to the well too often, the well goes dry.
News
General
Opinion
True Crime
Politics
Sport
Explainer
Entertainment
Celebrity
Reality TV
Movies
TV
Books
Rogue
Royal
Lifestyle
Beauty
Fashion
Weddings
Home
Wellness
Health
Fitness
Travel
Food
Parents
Before The Bump
Pregnancy
Baby
Kids
Teens
School
Parent Opinion
Work & Money
Money
Finance
Career
Lady Startup
Relationships
Sex
Dating
Separation
Friendship
Family
Real Life
Couples