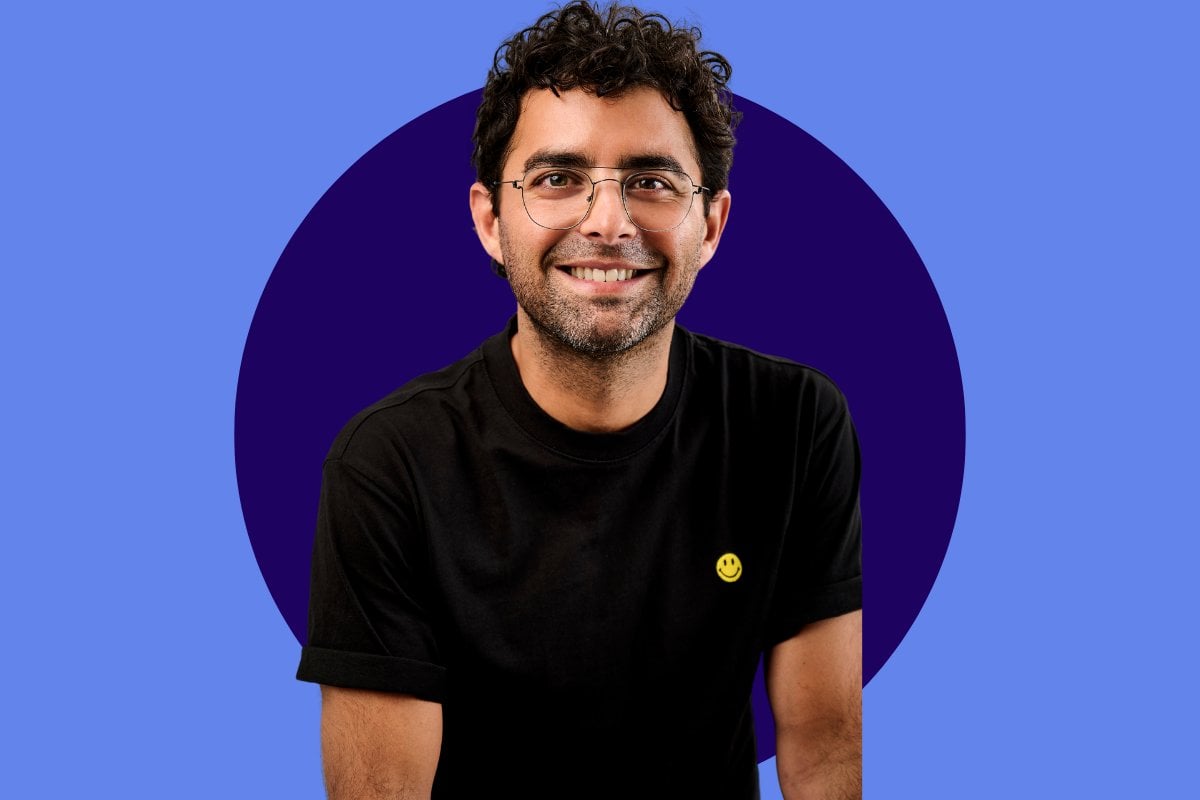 It's never easy when your best friend makes a new friend.

But what happens when your best friend makes a new friend and the pair go on to become one of the most successful radio and television duos in the whole of Australia?

And you happen to work in the same industry, often in direct competition?

"It was really hard," Shelton tells No Filter podcast host Mia Freedman. "Because... Hamish and I went to high school together. So in high school, he and I were so close. We watched Monty Python together. We just connected on a level I didn't with any anyone else at school, really. And he was, you know, he was my guy, from a performing point of view."

Listen to Ryan Shelton and Mia Freedman on No Filter below. Post continues after.

Once they left high school, they were, as Shelton points out, "out in the wild". And that's when Blake met Andy Lee.

"So he meets this other guy at uni, who I didn't know, this guy called Andy. Hamish is like, 'him and his friends make sketches as well.' So maybe we should meet. And so we all met up and we all got along. And we started making sketches together. And it was this amazing, cohesive thing that just sort of worked," Shelton says.

"But Hames and Andy very, very quickly found this dynamic which just worked so, so well. And it was kind of undeniable to them but also to anyone. It just clicked."

Understandably, Shelton felt threatened by the blossoming friendship. "While we were still working together as a group, Hames and Andy were working and hanging out more, and they were like these new friends doing stuff together," he says. "It's a strange thing... It is really, really tricky. Because it seems petty to worry about it. If your friend is hanging out with a new friend, it seems very petty. Friendships aren't exclusive! You can be friends with anyone."

Back then, Shelton was studying advertising at RMIT in Melbourne. He wanted to get into acting but didn't think it was possible. At that stage Blake was already working at Fox FM as a writer. "Haymes had more ambition and confidence than I did back then. So he was already in there and that didn't bother me at all. Because it was just him and I was happy for him," Shelton tells Freedman.

"But it was as soon as Andy the new friend came in - that's when I kind of felt like, 'Oh, hang on. I didn't know we were doing duos!'" 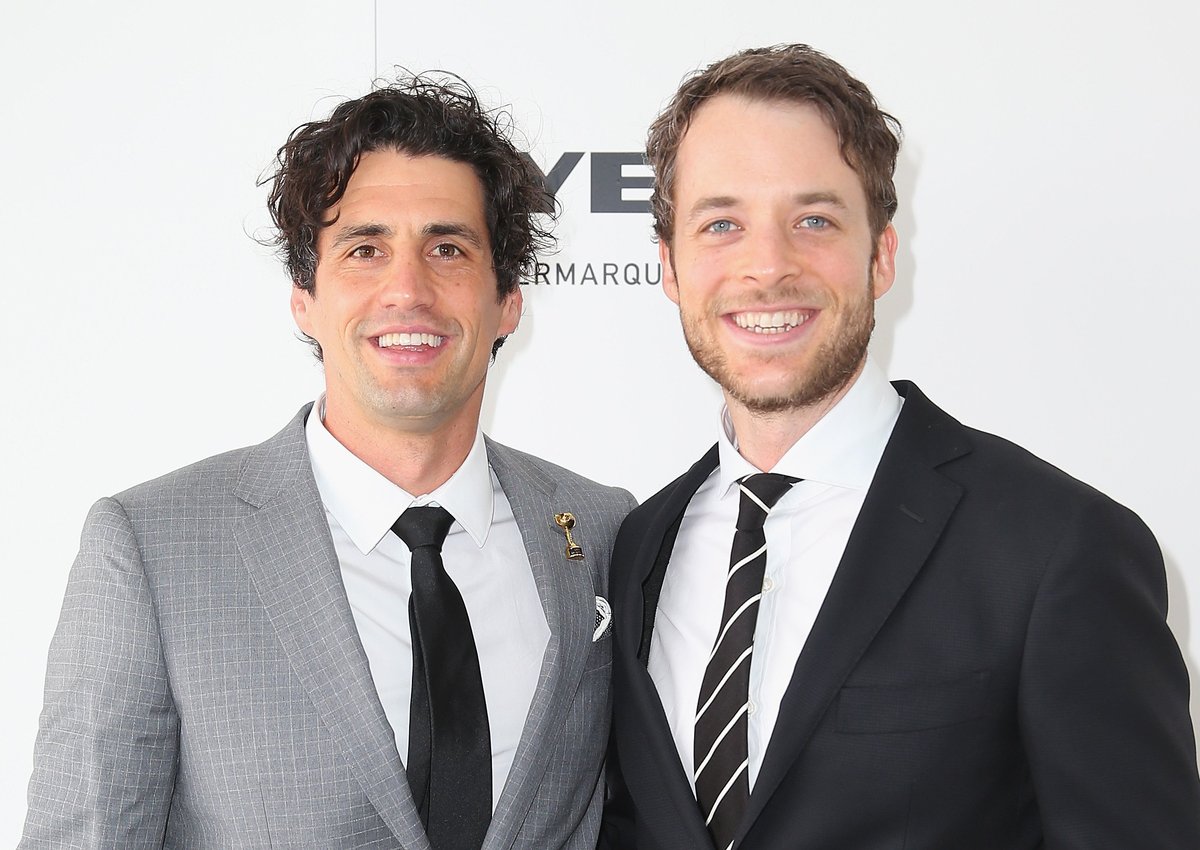 Blake and Lee seemed to be the definition of "overnight success", transforming from just a couple of regular 20-something year olds to a hugely successful comedy pair.

"The really tough thing for me and the thing that is really hard even now that I've had so much time to think about it and process it... but the thing that I really regret so much is that I was never able to properly be happy for Hames," Shelton admits.

"The more successful he got with Andy, the more things they did. They were the biggest radio show in Australian history. They were doing things that had never been done on radio; they were doing so much incredible stuff. And I just couldn't be happy for him because I was holding all this resentment... which had nothing to do with anything he'd done," he continues. "And now that I have the clarity of hindsight, I realise that they're just guys who were trying to make it. They're trying to do their thing... They worked hard for it."

So how did Shelton get through the jealousy?

Co-founder and presenter of The Resilience Project Hugh van Cuylenburg and Shelton met, purely by accident, at a cafe and their friendship has gone to produce popular podcast The Imperfects, which they co-host alongside van Cuylenburg's brother Josh.

It was van Cuylenburg who convinced Shelton his story would make a good podcast and would help other people feeling the same way. "I knew that if I heard someone say [my story] or similar when I was 25, it would be so helpful."

Of course, creating the podcast and telling his story meant Shelton would have to talk to Blake about it too since he had never discussed his feelings of jealousy or shame with his best friend before. The pair went out for dinner, with Blake unaware anything was amiss.

"We had subsequent conversations after that, which I haven't spoken about. We spoke about stuff together. And that was quite enlightening, from his point of view, about how he felt at different times. I just thought it was gonna be, 'I'll just drop this conversation on him. And then that'll be that.' The thing I didn't expect was the ongoing conversation, which wasn't necessarily that big and deep. It just creaked the door open and it made it okay to talk about things that we wouldn't have otherwise talked about."

For more No Filter episodes, go to mamamia.com.au/podcasts/no-filter.

Reply
Upvote
I feel like Ryan is becoming the face of mens vulnerability in Australia and I love hearing it. Every time I hear him speak (big imperfects fan) I always think what a good man he  is.
S
simple simon 4 months ago

Reply
Upvote
I used to follow a lot of comedians on community radio/tv who then went on to make it big. I often wondered how their interactions then went with their old friends who were regular struggling comedians.
I mean, just from a practicality perspective, their discretionary money would be far greater than the total they are surviving on.
I met a comedian in the local field and i asked him this, but he didn't really give me an answer.
Resources
Very Peri
News
General
Opinion
True Crime
Politics
Sport
Explainer
Entertainment
Celebrity
Reality TV
Movies
TV
Books
Rogue
Royal
Lifestyle
Beauty
Fashion
Weddings
Home
Wellness
Health
Fitness
Travel
Food
Family
Before The Bump
Pregnancy
Baby
Kids
Teens
School
Parent Opinion
Work & Money
Money
Finance
Career
Lady Startup