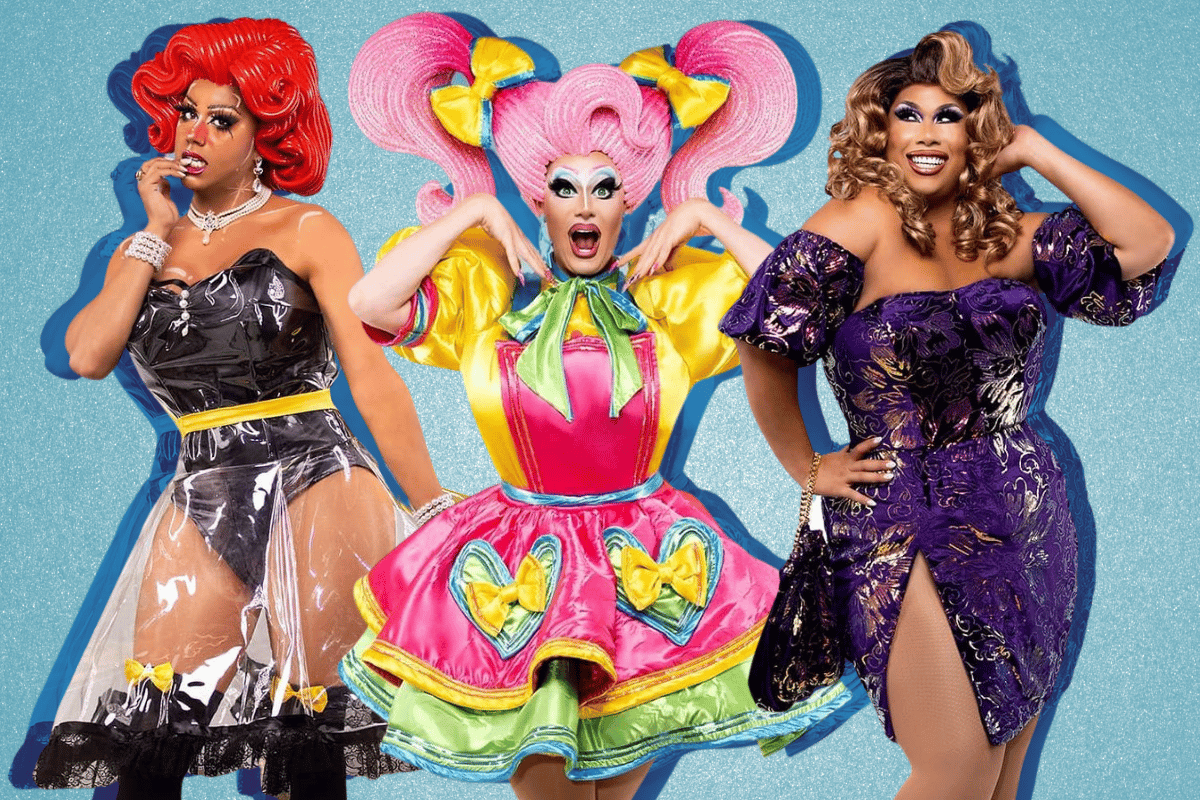 Get your glitter and your high heels ready, because the contestants for RuPaul’s Drag Race Down Under has finally been announced. And the competition looks fierce.

After weeks of speculation, Stan finally revealed the 10 Aussie and Kiwi queens taking part in the series at the Sydney Gay and Lesbian Mardi Gras parade on Saturday.

But while this season will see all new contestants, there will still be a few familiar faces.

That's right, RuPaul will be back hosting the show alongside veteran judge Michelle Visage. Aussie comedian Rhys Nicholson will also be joining the judging panel this season.

"I cannot wait for everyone to see that Down Under queens have some of the biggest charisma, uniqueness, nerve and talents in the world," RuPaul said in a statement provided by Stan.

What RuPaul officially announce the kick off of the Stan Original Series RuPaul’s Drag Race Down Under. Post continues below.

While the premiere date is yet to be announced, we know that the eight-part series will air on Stan later this year. So hopefully we shouldn't have to wait too long.

In the meantime, here's everything we know about the contestants on RuPaul’s Drag Race Down Under.

As the current reigning “Queen of Australia”, Art Simone is no stranger to the spotlight. She's previously landed roles in Australian feature films, theatrical shows, TV programmes and commercials. Art has also been awarded Drag Performer of the Year for the last two years running and even represented Australia in the world’s largest drag convention, RuPaul’s DragCon, last year.

If you've been to Mardi Gras, you may have seen Coco Jumbo performing on the party main stage a few times. Coco is a multi DIVA (Drag Industry Variety Awards) award winner most prestigious Entertainer of the Year in 2017, Sydney’s Favourite Showgirl in 2016-2019 and Rising Star in 2015.

Known as the ‘glamour bug’, Etecetera Etcetera runs the shows at one of Sydney’s iconic establishments: The Imperial Erskineville. At only 22 years old, Etecetera has already made a name for themselves in the Aussie drag community.

After first starting drag in 2012, Elektra Shock has gone on to star in the Pleasuredome The Musical and become the runner-up on season two of TVNZ House of Drag. With amazing dance skills and live vocals, she'll be one to watch in the competition.

Jojo started her drag career back in 2015 after a council member said that homosexuality was not part of the indigenous culture. In response, Jojo walked Dubbo’s first annual Central West Pride March in a costume she made with both the Aboriginal and gay pride flag.

Since then, she's made a TV cameo on Get Krackin, competed in the Miss First Nation Indigenous drag queen pageant, appeared in the documentary Black Divaz and hosted the VIP party for the Newcastle leg of Cher’s Australian tour.

Karen was one of the original members of the award winning, cult queer cabaret ‘YUMMY’. Not only is she one of the most renowned drag artists in Australia, but she's toured all over the world and appeared at RuPaul’s DragCon in LA for a number of years.

Maxi Shield has racked up a long list of achievements during her 23 years as a drag artist. Not only has she supported the community through 'Drag Storytime' - where drag artists read stories to children - she's also won Entertainer of the year at the Drag Industry Variety Awards in 2015, has been named Madonna’s national Hostess for her Australian Rebel Heart Tour and closed the Sydney 2000 Olympics.

Scarlet Adams is another one to watch this season. She's a burlesque performer, pole dancer and costume designer. Three years ago, Scarlet won Miss Burlesque Western Australia 2018, becoming the first drag queen to compete in Miss Burlesque Australia history and win the title.

Kiwis may recognise Anita Wigl’it from TVNZ show House of Drag, who hosted the show alongside fellow RuPaul’s Drag Race Down Under contestant Kita Mean. Anita is also the owner of Auckland’s famous Caluzzi Cabaret and has won Vancouver’s next top Drag Superstar and Drag Entertainer of the year in 2013.

RuPaul’s Drag Race Down Under will premiere in 2021, only on Stan.