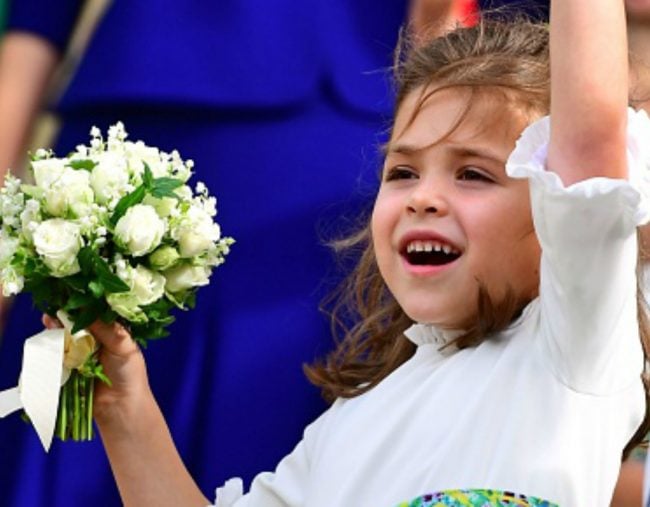 If anyone can pull off asking a question that would otherwise be considered at least mildly offensive, it’s children. They somehow make words seem less disrespectful, but more-so plain curious.

Oh to be young again.

For Theodora, or “Teddy”, Williams at Princess Eugenie’s royal wedding, her question was directed at none other than Fergie, who met the innocent inquisition with sheer amusement.


You see, Teddy was a bridesmaid in Princess Eugenie’s bridal party, along with several other youngsters such as daughter of Zara Tindall, Mia Tindall.

Her rather important role in the wedding led to the assumption that Robbie Williams, his wife Ayda Field, and their family were particularly close with the entire royal family.

This assumption was very quickly quashed when Teddy asked the Duchess of York one question in an American accent: “Are you The Queen?”

Uhhhh not quite, Teddy. Think… much older.

“No, I’m not The Queen,” Fergie responded, visibly amused.

Thinking the encounter was over, Fergie walked away, only to have the young bridesmaid yell out one last question, because it seemed the six-year-old was really, really confused about Fergie's role in the royal establishment.

"You're a Princess?" she asked.

"Yes," Fergie replied quickly before hopping in her car and driving away.

Though Teddy's younger siblings - three-year-old brother Charlie and newborn baby sister CoCo - weren't present at the wedding, their grandma Gwen Field was there to watch her eldest granddaughter capture the crowd with her cheeky demeanour.

Probably less of a comment on how old Sarah Ferguson might look and more a little kid assuming that a princess must have a mum who's a queen, because that's how it is in books and movies.