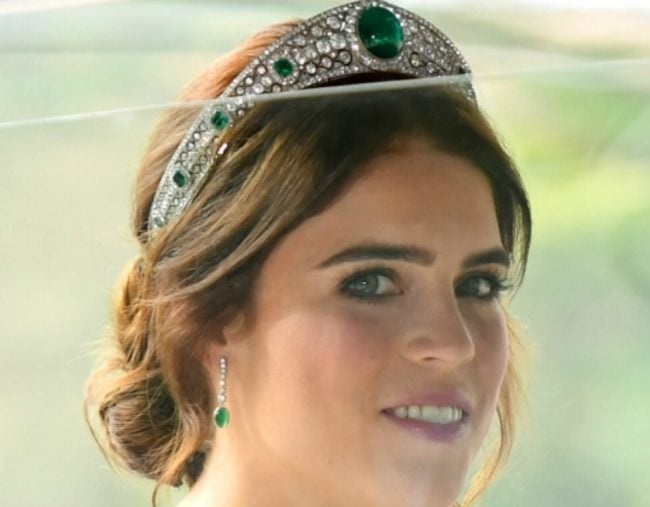 The royals and the A-listers have somehow made into through the gale force winds into St George’s Chapel.

And Princess Eugenie has arrived wearing a stunning tiara.

The tiara in question was Eugenie’s “something borrowed” as it belongs to the Queen.


According to Express UK, it’s Margaret Greville’s Emerald Tiara. It was made by Boucheron in 1921 and the centre emerald is a whopping 93.70 carats.

The tiara originally belonged to Dame Margaret Greville and was left to Queen Elizabeth II in 1942.

Express UK quoted stylist Anna Mewes who pointed to the Garrard & Co. piece Eugenie’s mother, Sarah Ferguson, was given by the Queen for her 1986 wedding to ex-husband, Prince Andrew.

The stunning diamond-studded tiara – known as The York Tiara – was part of a demi-parure; a term used to refer to jewellery that comes in a set, usually of three pieces. In this case, there was a matching necklace, earrings and bracelet.