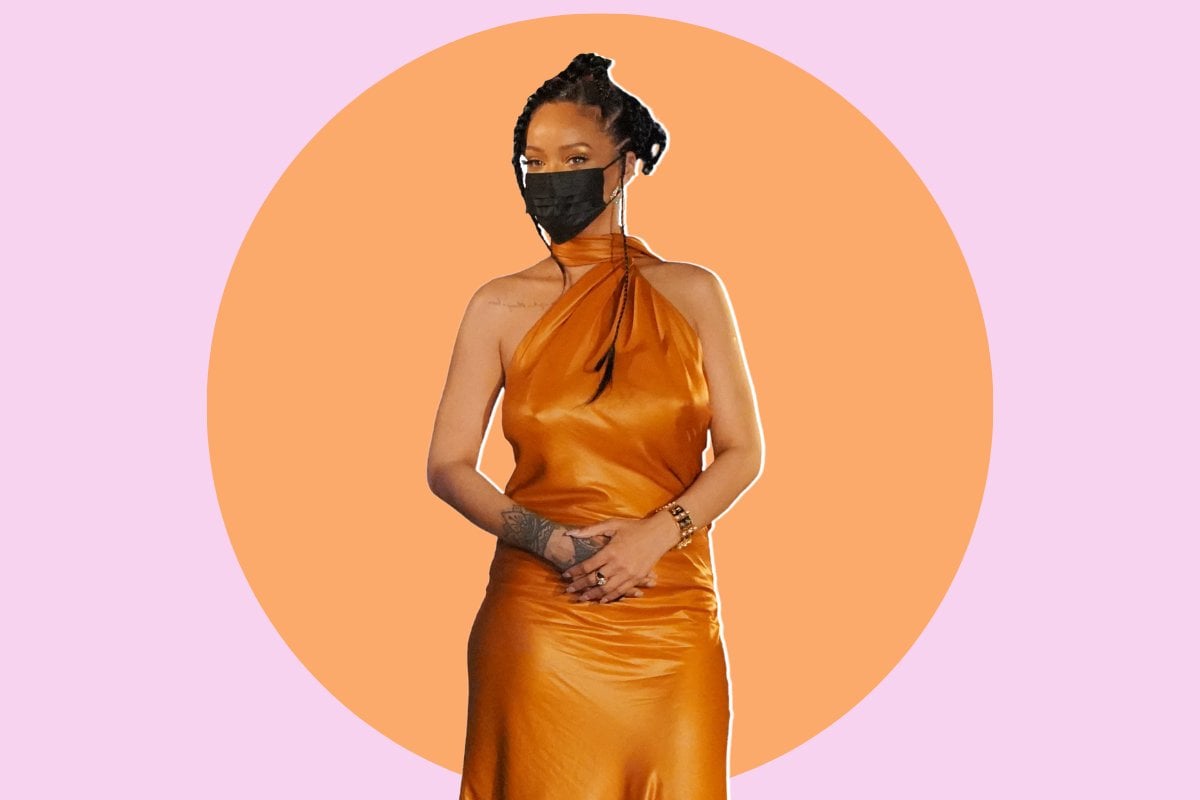 Barbados has removed one queen, and (unofficially) crowned another.

On November 30, 2021, Barbados ditched Queen Elizabeth as its head of state, transitioning to a republic with its first-ever president and severing its last remaining colonial bonds with Britain.

During the joyful celebration of Barbadian dance and music, speeches and cheers, the Caribbean island nation honoured its most famous citizen: Robyn Rihanna Fenty.

She was inducted into the Barbados Order of National Heroes, given the title of The Right Excellent.

"Nothing compares to being recognised in the soil that you grew in," Rihanna said during her acceptance speech.

"Barbadians are a proud people. We are probably the proudest people I know. No matter where I go, in the world I take that pride with me.

"I'm so proud to be a Bajan. I'm gonna be a Bajan till the day I die. This is still the only place I've ever called home." 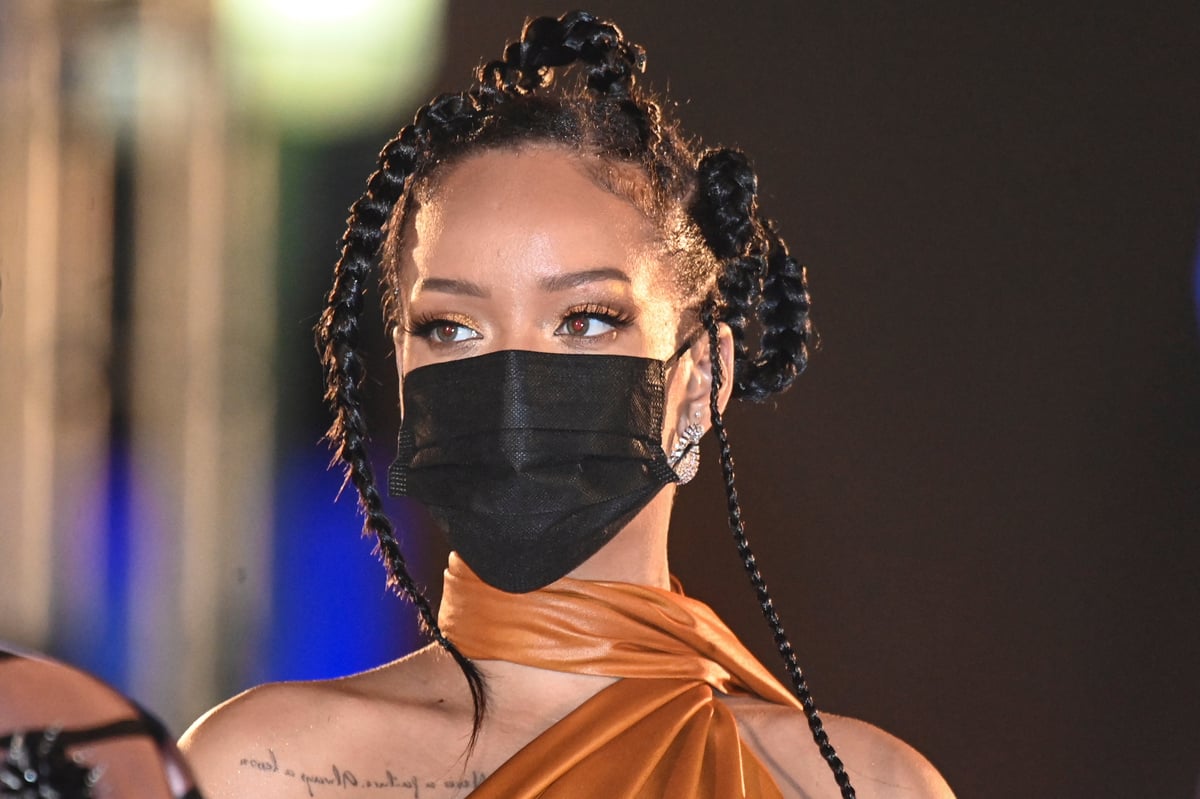 But as images from the event emerged - which showed the 33-year-old in a beautiful orange gown - the focus shifted from the huge honour she had just received to her body.

Or more specifically, her uterus.

Rumours of Rihanna being pregnant began with this tweet, which plainly states that she is expecting a child with her boyfriend A$AP Rocky.

Rihanna is pregnant with her first child with A$AP Rocky. pic.twitter.com/rgMWYzLdKH

The tweet contains no source. The account owner has no link to either Rihanna or A$AP. It appears to have been a ploy for clicks, or so they could make bad jokes about Drake writing sad songs.

Even so, with zero evidence - besides a dress clinging to a stomach in a completely normal way, and the way she stood - people took this tweet and ran with it. 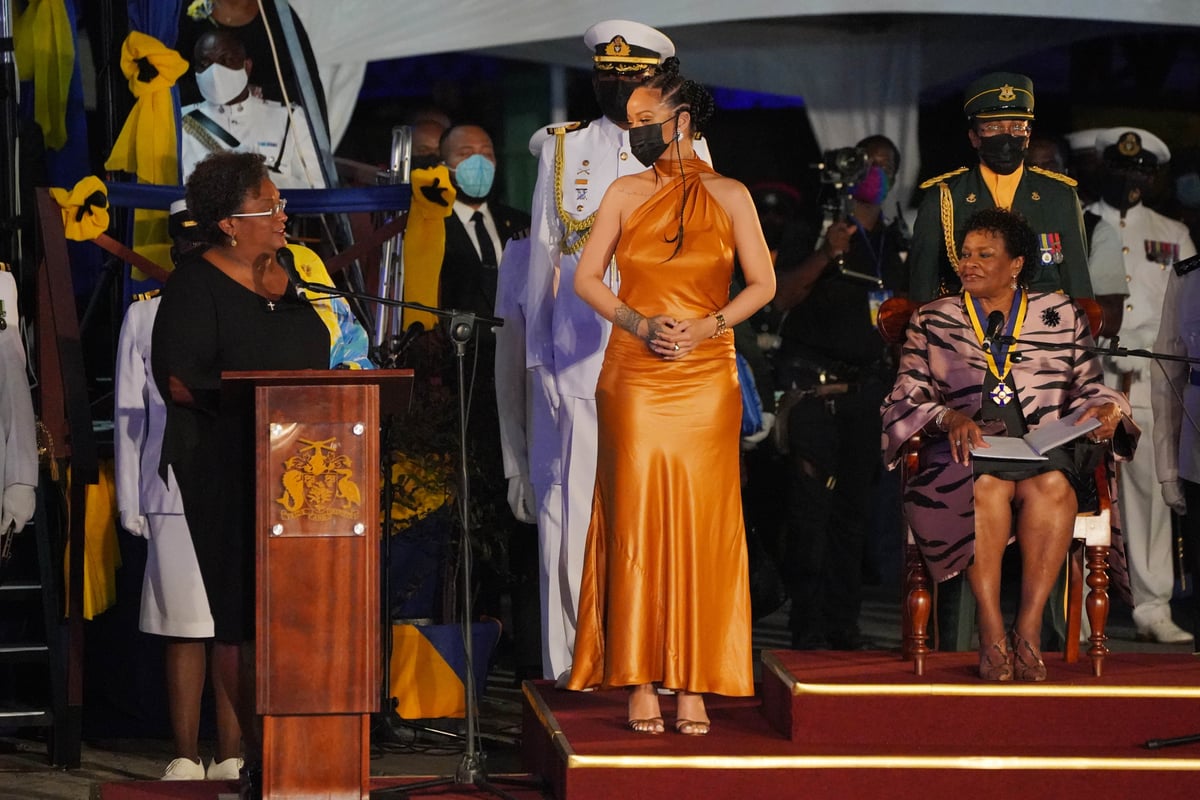 Fans considered Rihanna's hands, held across her stomach as she listened to the PMs speech honouring her, as evidence that she was pregnant. Image: Getty.

The first problem with this is that Rihanna is not pregnant.

We know this because she told that to someone who was bold enough to DM her about it.

"Can I come to the baby shower sis!?" the person asked, before saying "sorry everyone is up in your uterus right now."

Rihanna responded, joking about how she's faced pregnancy rumours for a decade.

"Haaaaa! Stawwwp! You ain't came to the first 10 baby showers! Y'all breed me every year dammit lol."

Regardless of whether she is or is not pregnant, we know that this kind of speculation is harmful.

Nobody knows what is going on in someone else's life - yes, even very famous people like Rihanna. Nobody knows if she has body image or fertility issues, which could be exacerbated or made unnecessarily harder by all this speculation. She could've been pregnant but not ready to announce it. She's said in the past that she wants children, but she could've changed her mind. Nobody knows, and nobody has the right to know.

And it's not just Rihanna.

"I am a woman with a BODY," Kourtney Kardashian responded to a fan who suggested she was pregnant on Instagram.

Jennifer Aniston - who spent decades batting off pregnancy rumours - wrote in 2016 that she was fed up with the sport-like way in which women's bodies are scrutinised.

"I resent being made to feel 'less than' because my body is changing and/or I had a burger for lunch and was photographed from a weird angle and therefore deemed one of two things: 'pregnant' or 'fat'," she wrote for Huffington Post.

A woman can be of child-bearing age, hold her arms across her body or have a stomach that isn't Victoria Secret angel-flat without being pregnant. Crazy, huh?

I thought we'd got the 'keep your nose out of other people's uteruses' memo, but it appears not. Maybe in 2022.