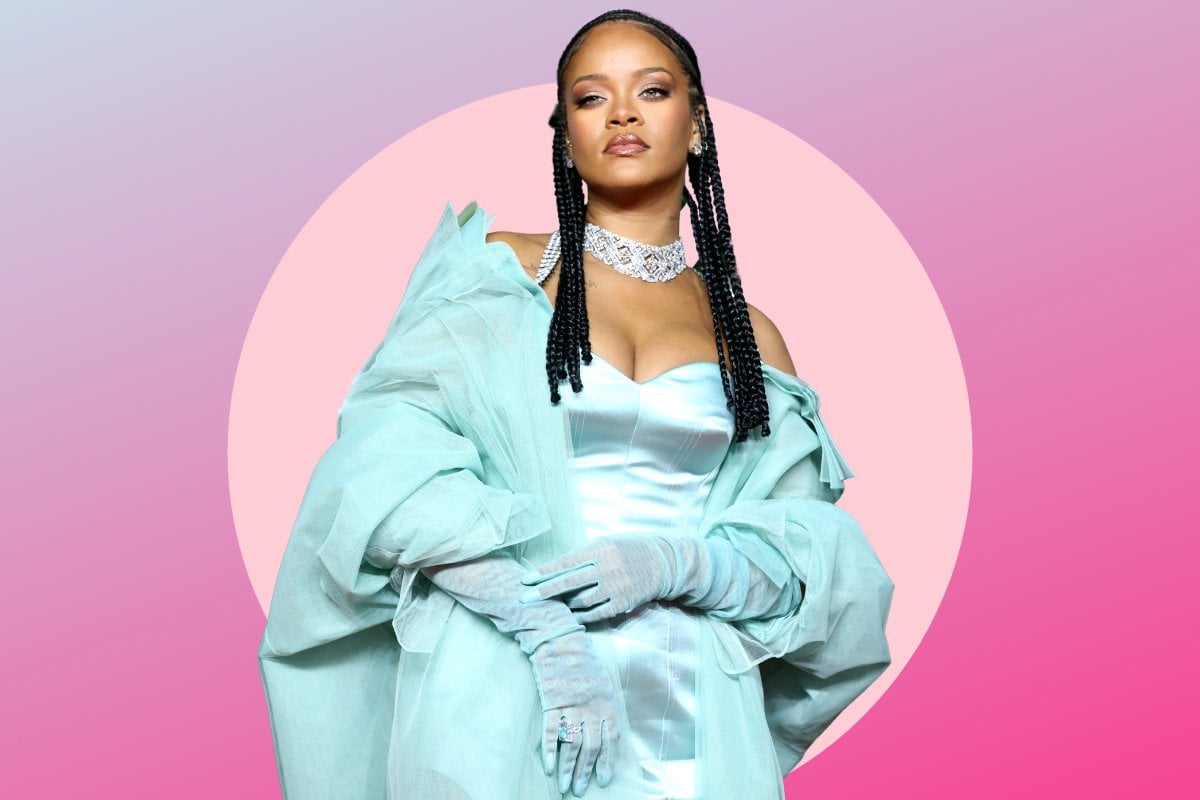 Ahead of her 2012 Grammy performance, Rihanna said: "When a door closes you have two choices: give up or keep going. Let them shut you down or prove them wrong. We all start somewhere. It’s where you end up that counts."

This week, Rihanna became a billionaire.

According to Forbes, the 33-year-old is worth AUD$2.2 billion - making her the wealthiest female musician in the world, second only to Oprah Winfrey, the richest female entertainer.

But despite her overwhelming success in music, that wasn't what got her that title.

Watch: Behind Fenty Skin with Rihanna. Post continues after video.

Robyn Rihanna Fenty was born on February 20, 1988, and raised in Barbados with her two brothers. Growing up, her father was an alcoholic and addict and was physically abusive towards her mother.

"Fridays would be scary because he would come home drunk," she told Rolling Stone in 2011. "He'd get paid, and half of it would go toward alcohol. He'd walk in the door, and it was all eyes on him."

"[My parents] had a very abusive relationship," she later told ABC News. "My dad was the abuser. [He hit her] on numerous accounts."

"I don't want to say normal, but it wasn't a surprise when it happened. She never went to the hospital. Domestic violence is not something that people want anybody to know," she added.

He was occasionally violent towards Rihanna as well.

"He slapped me so hard," she told Rolling Stone in 2011. "I ran home with his handprint on me. I couldn't believe it. My mother saw my face, how traumatised I was. You know how, when you know you did something wrong, and you deserve to get beat? This was out of nowhere."

At age eight, Rihanna's parents separated, and she took over caring for her younger brother, while her single mum worked full-time. Throughout her high school years, she was repeatedly bullied.

"I got teased my entire school life," she told Glamour in 2013. "What they were picking on I don't even understand. It was my skin colour. Then when I got older, it was about my breasts."

The making of a pop star. 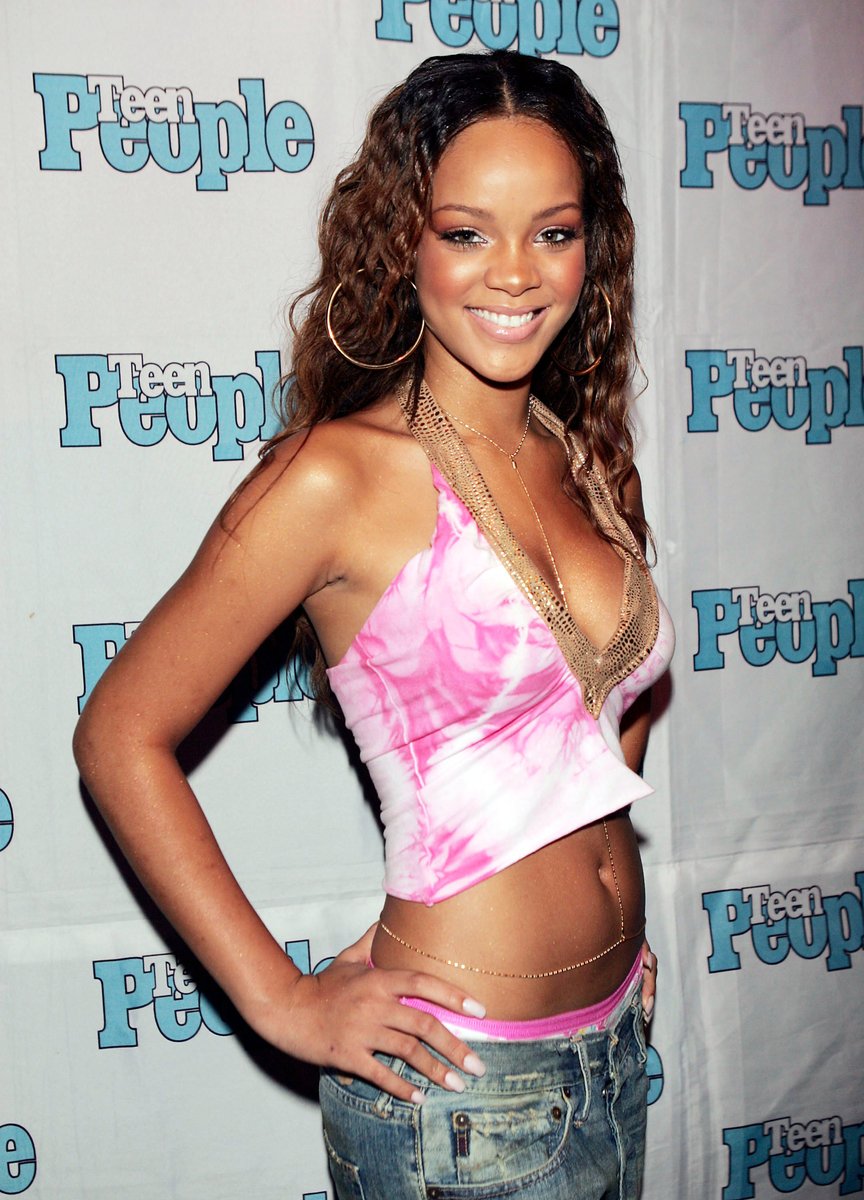 During her teenage years, Rihanna used music as an escape, and always knew she wanted to pursue it as a career.

In 2003, she formed a girl group with two of her classmates, one of whom introduced them to US songwriter and producer Evan Rogers, who was on holiday in Barbados with his wife.

"We sang as a group and then we sang individually, and Evan expressed an interest in helping me get a solo deal," Rihanna told The Guardian.

In 2004, Rihanna's demos, including her future hit 'Pon de Replay', were sent to Def Jam Records and heard by their newly appointed president and CEO, Jay-Z. He invited Rihanna to New York for an audition. 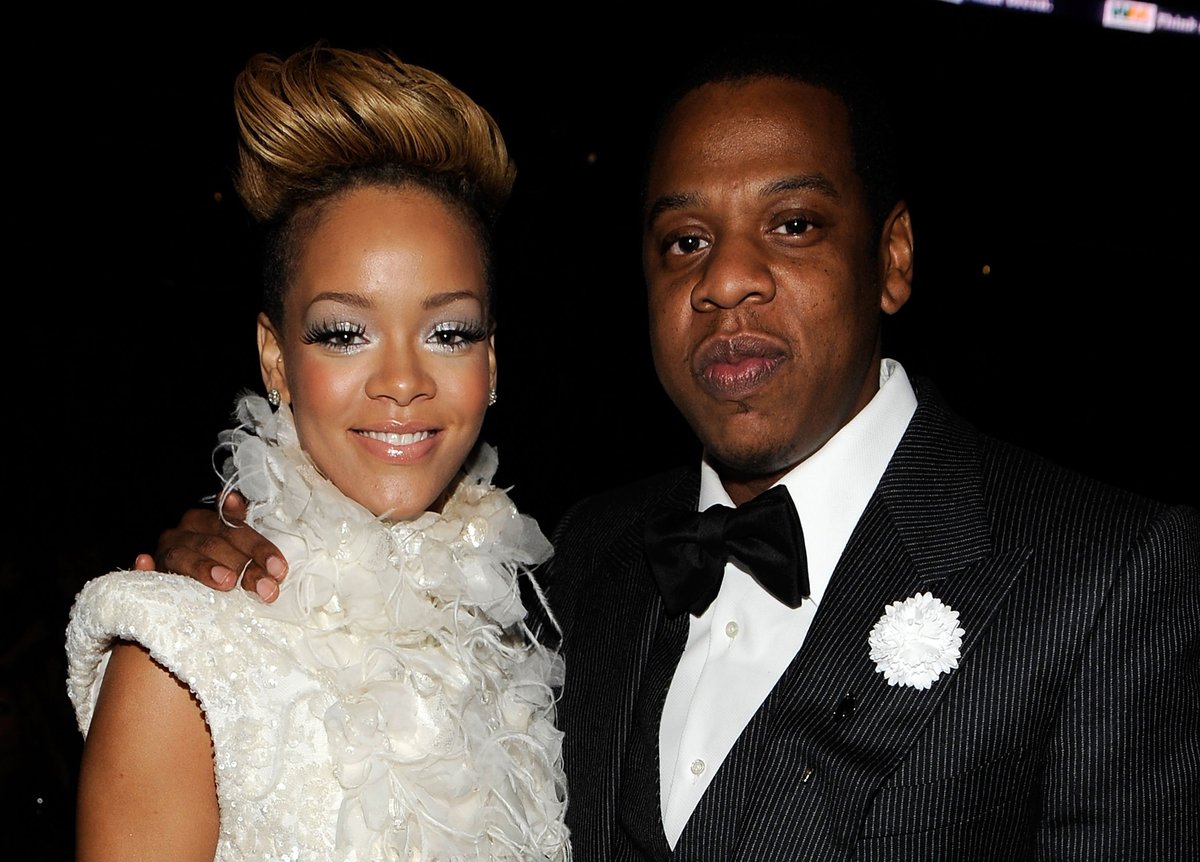 Rihanna sang a Whitney Houston cover 'For the Love of You' and two originals, including 'Pon de Replay'.

"I remember being extremely quiet. I was very shy. I was cold the entire time. I had butterflies. I'm sitting across from Jay-Z. Like, Jay-Z. I was star-struck," she continued.

"They [Def Jam] locked me into the office till 3am. And Jay-Z said, 'There's only two ways out. Out the door after you sign this deal. Or through this window.' And we were on the 29th floor. Very flattering."

From Barbados teenager to international artist.

The same year Rihanna was signed to Def Jam Records, she relocated to the US permanently.

"When I left Barbados, I didn’t look back," she told Entertainment Weekly. "I wanted to do what I had to do, even if it meant moving to America."

One year later, her debut single 'SOS' hit No. 1 on the Billboard charts, and in 2007, she released her game-changing album, Good Girl Gone Bad. 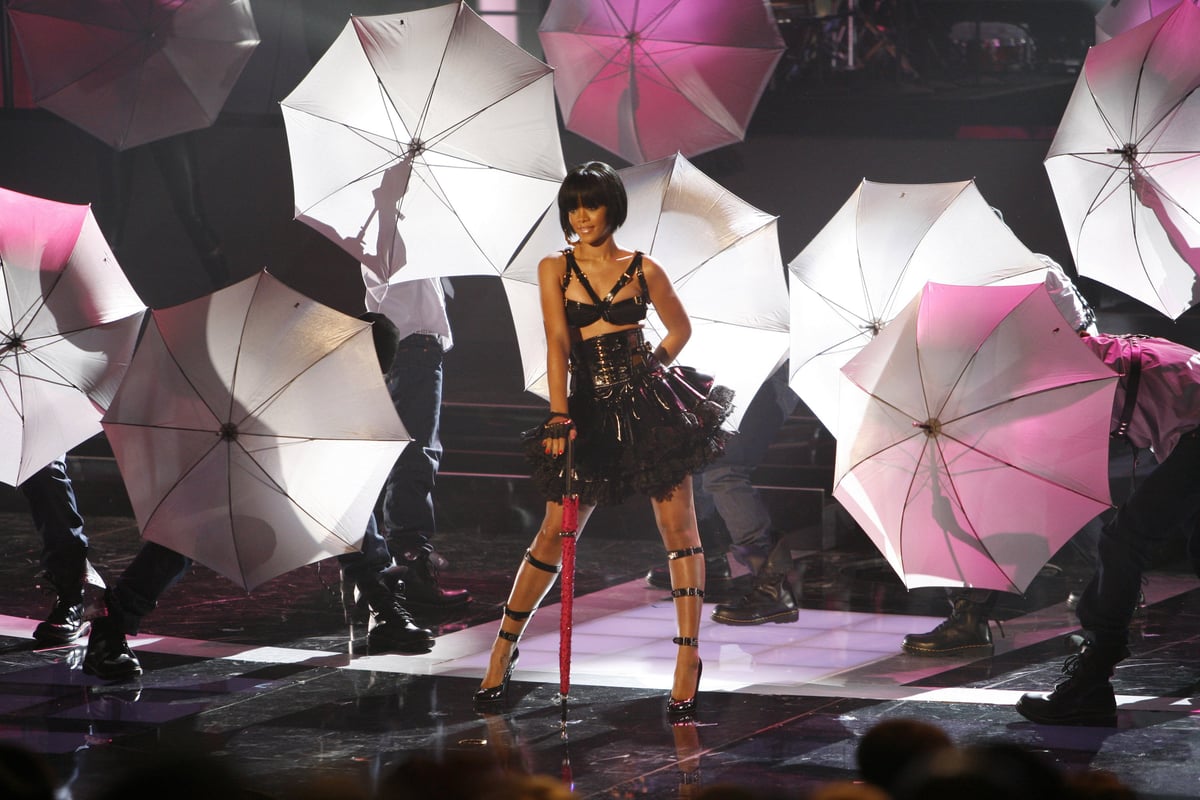 In late 2007, Rihanna started dating fellow singer Chris Brown. Their relationship, despite being highly publicised, was kept relatively private between the pair.

But just after midnight on February 8, 2009, a 911 call was made after a pre-Grammy party the pair had attended. Later, TMZ leaked images of Rihanna, 20, battered and bruised.

According to police reports, the couple got into an argument which led Brown to assault Rihanna as they drove home from the party. Brown was arrested for assault and pleaded guilty. He was sentenced to 100 days of community service and five years' probation.

"It was embarrassing. It was humiliating. It was hurtful," Rihanna told Oprah Winfrey during Oprah's Next Chapter in 2012. "I lost my best friend. Everything I knew switched in a night." 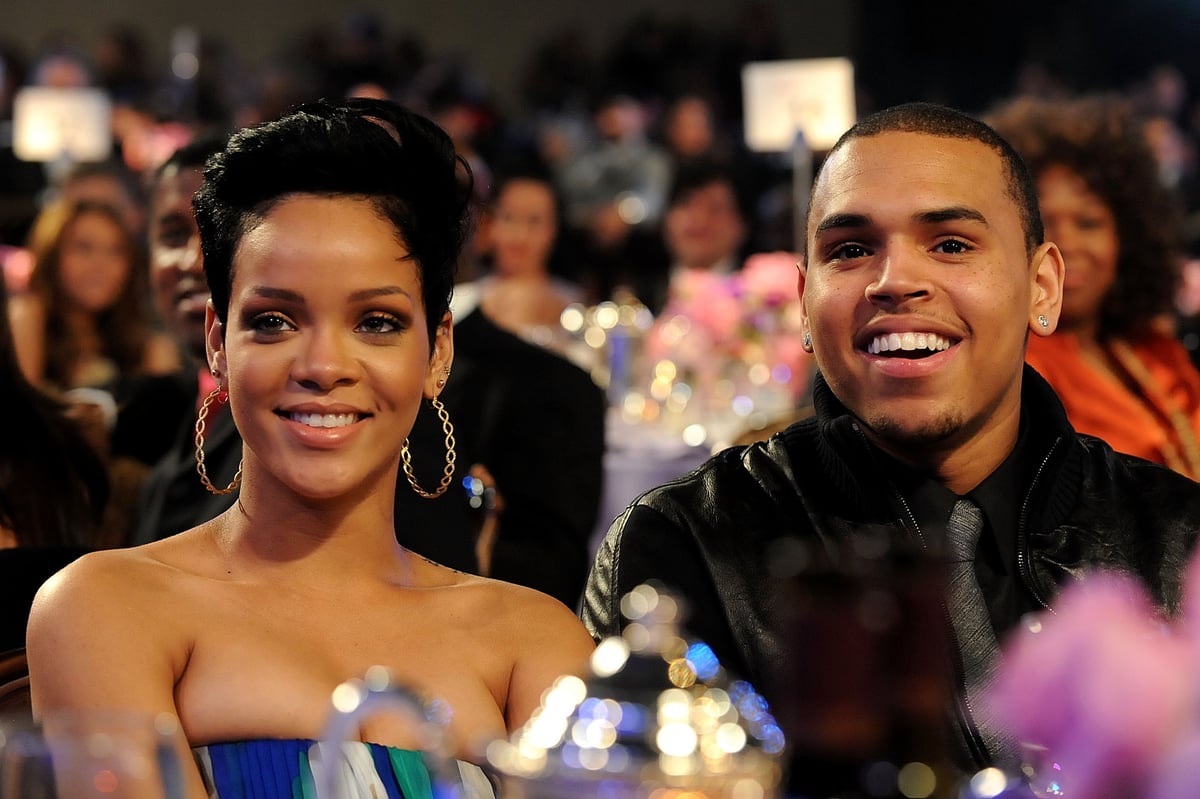 During that time, her music career skyrocketed. She released multiple successful albums including Rated R (2009), Loud (2010) and Unapologetic (2012), won countless awards, and worked with artists including Kanye West and Calvin Harris.

But following the release of her eighth studio album, Anti, in 2016, she shifted her focus to building her brands, while also dabbling in acting. 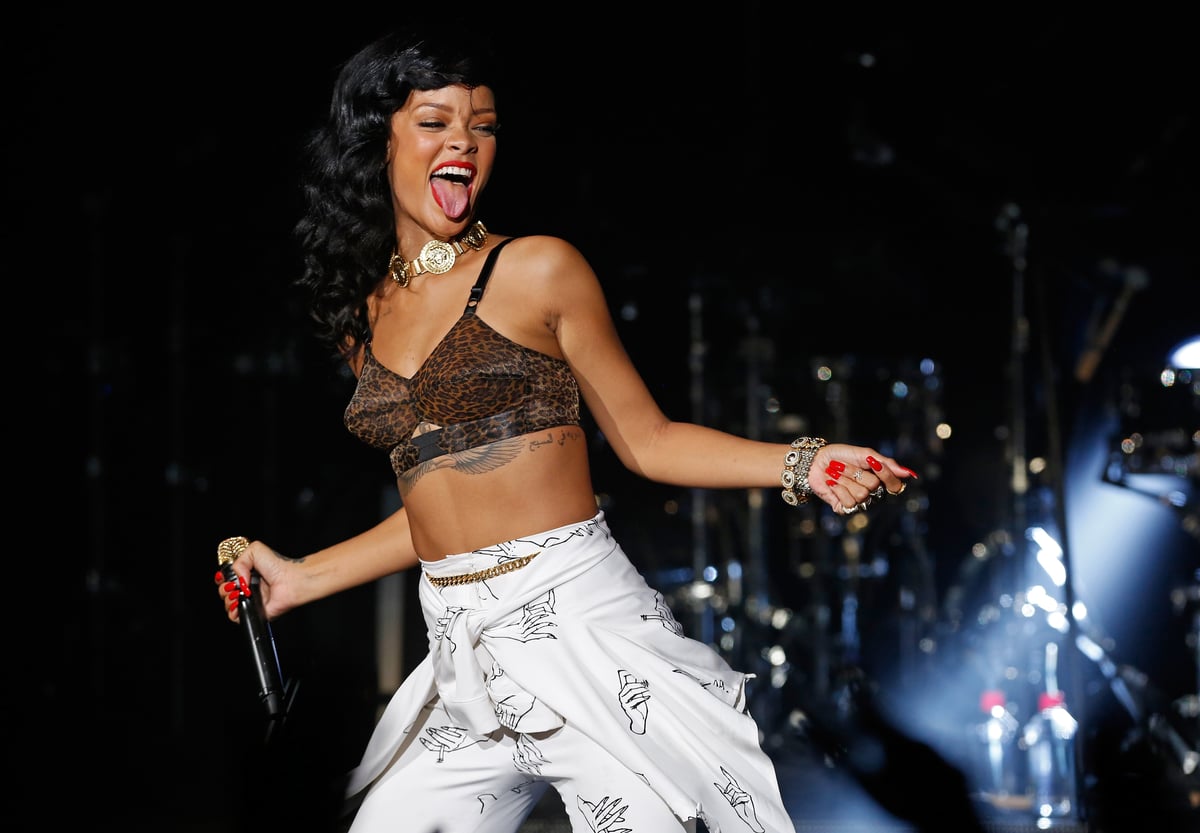 In 2012, Rihanna made her big-screen debut, starring in the action film Battleship.

Five years later, she played the recurring role of Marion Crane in the fifth and final season of Bates Motel. She also played a major role in the sci-fi film Valerian and the City.

Most notably, Rihanna appeared in the all-female 2018 heist film, Ocean's 8. 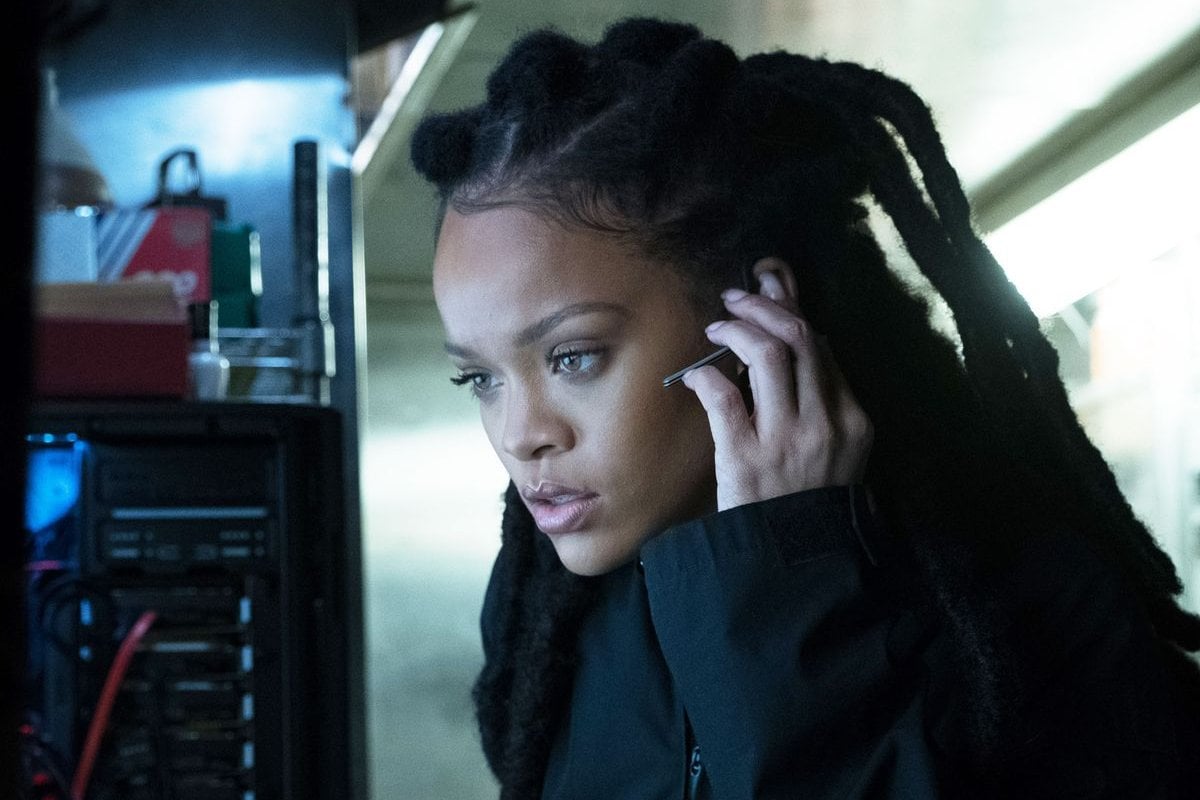 When Rihanna became a brand.

In 2014, Rihanna entered the fashion world when she was named creative director of PUMA.

The role ultimately led to the Fenty x PUMA line, which included her award-winning suede Creepers, which sold out in three hours.

The line launched with a whopping 40 shades of foundation (which later extended to 50), with the aim to create accessible makeup products for all skin tones. According to Insider, the darker shades sold out in record time. 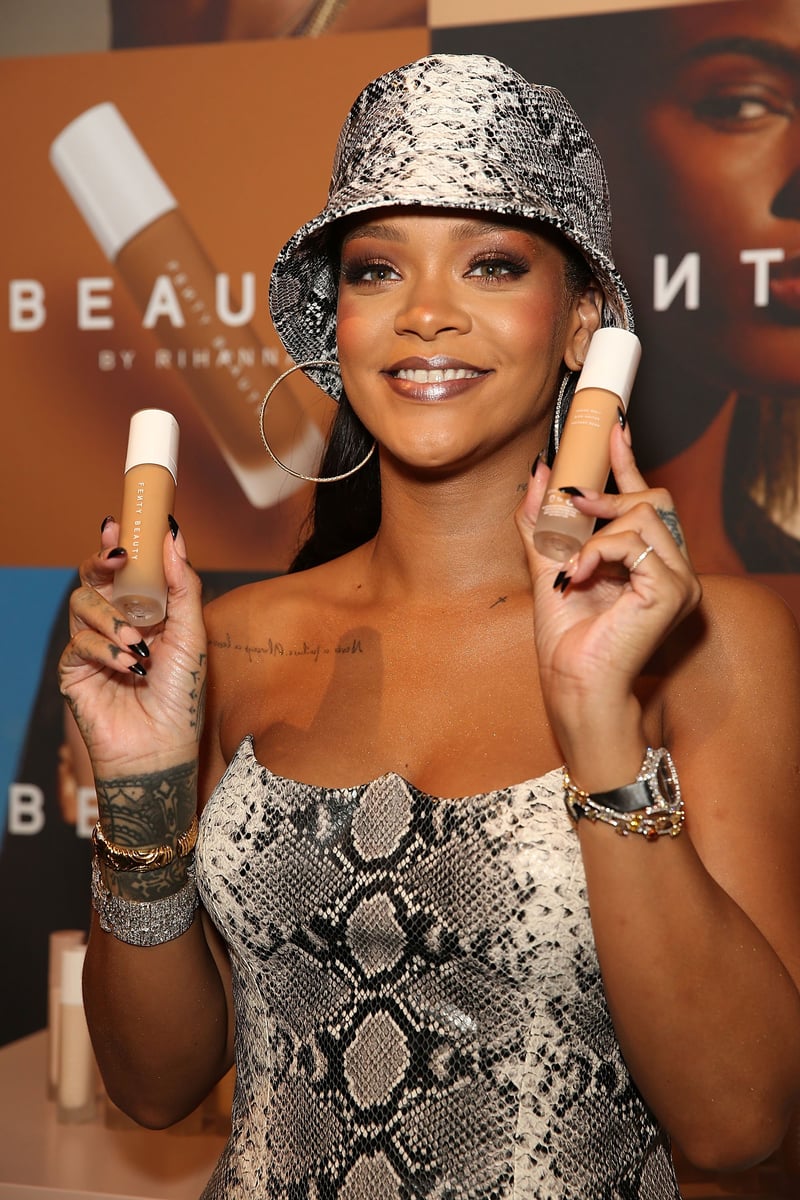 Rihanna at the Fenty Beauty in Sydney, Australia. Image: Getty.

"It was important that every woman felt included in this brand," Rihanna told Time.

"We are all so different, with our own unique skin tones, so we started with the 40 foundation shades out the gate." 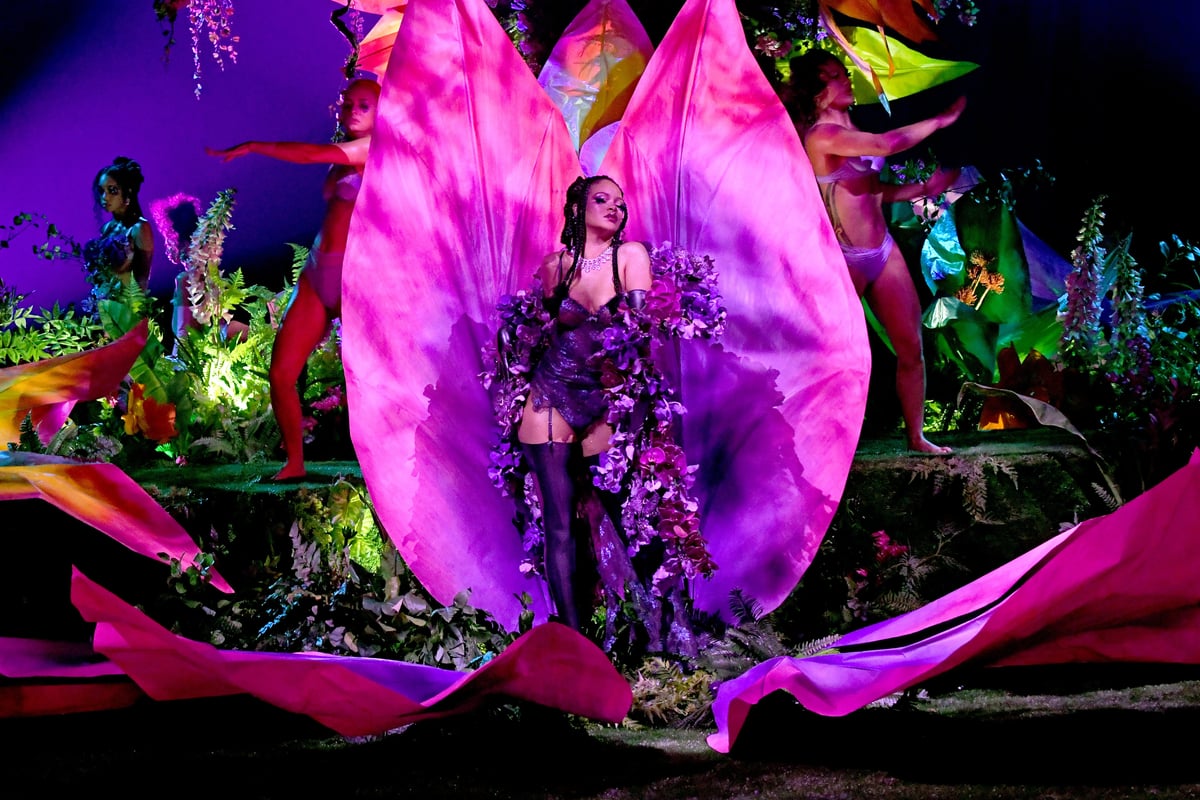 It was those two businesses that got Rihanna the billionaire status.

According to Forbes: "The bulk of her fortune (an estimated $1.4 billion) comes from the value of Fenty Beauty, of which Forbes can now confirm she owns 50 per cent.

"Much of the rest lies in her stake in her lingerie company, Savage x Fenty, worth an estimated $270 million, and her earnings from her career as a chart-topping musician and actress."

However, not all of her fashion brands have brought success.

In 2019, she and LVMH launched a high-end fashion and accessories house also called Fenty, with the goal of extending her all-inclusive brand. Due to high prices and the COVID-19 pandemic, the business shut in early 2020.

Her life these days.

At 33 years old, Rihanna is still just getting started.

And ever-so-quietly, Rihanna's working on her ninth studio album in the background.

"I can’t say when I’m going to drop," she told British Vogue in 2020. "But I am very aggressively working on music."

Oh, and she's got a new man in her life: rapper ASAP Rocky. 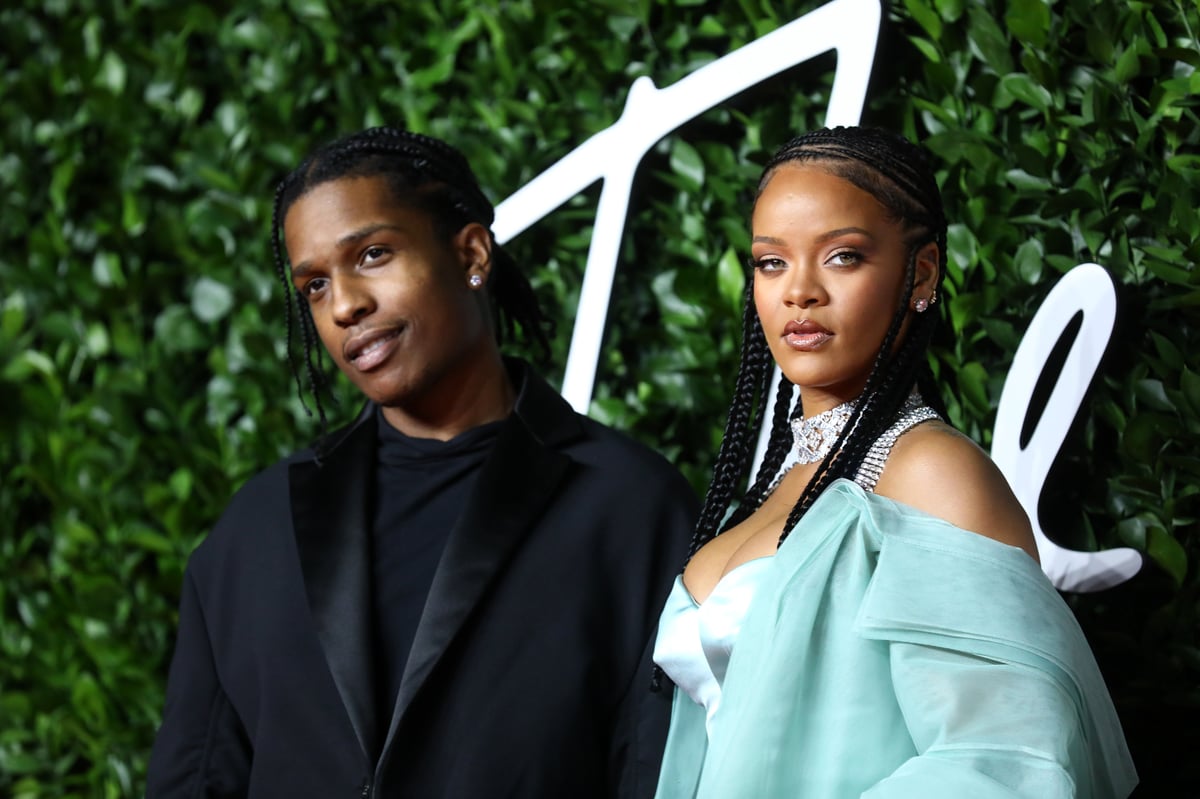