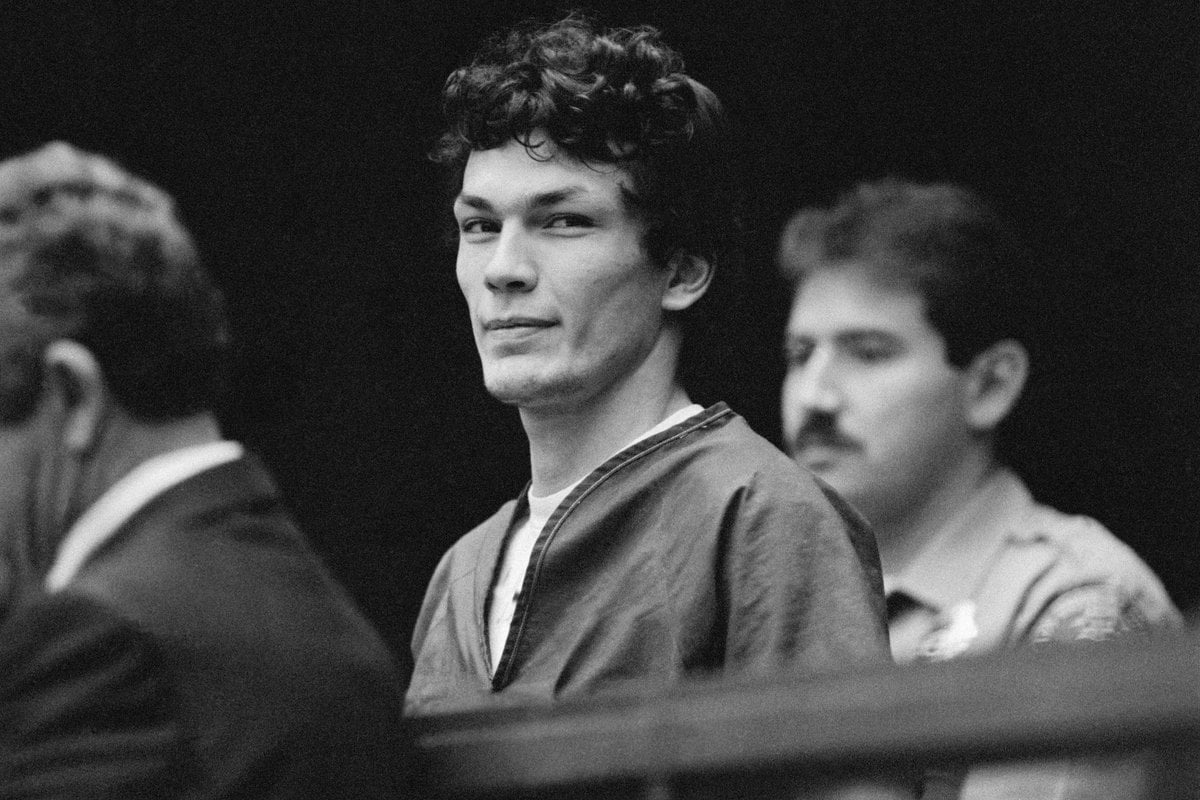 To this day, Richard Ramirez is considered one of the world's most notorious serial killers.

Between 1984 and 1985, the serial killer murdered at least 13 people in the Greater Los Angeles area and sexually assaulted several others.

Known as the 'Night Stalker', Ramirez typically struck before dawn, targeting his victims in home invasions.

Watch the trailer for Night Stalker: The Hunt for a Serial Killer. Post continues below.

Now, decades on from Ramirez's capture, new Netflix true crime documentary series, Night Stalker: The Hunt for a Serial Killer, is delving into the race to catch the serial killer.

The four-part series tells the story of Ramirez's crimes from the perspective of his victims and their families.

As with any true crime series, however, we still have plenty of questions about the story behind Night Stalker.

Here are six questions you might have had after watching Night Stalker: The Hunt for a Serial Killer, answered.

As a child, Ramirez was physically abused by his father, leading him to sleep in a graveyard to avoid being at home.

From 10 years old, Ramirez was dabbling in drugs such as marijuana, LSD, and cocaine. He was also building an interest in Satanism.

However, Ramirez's largest influence was his older cousin, Miguel. 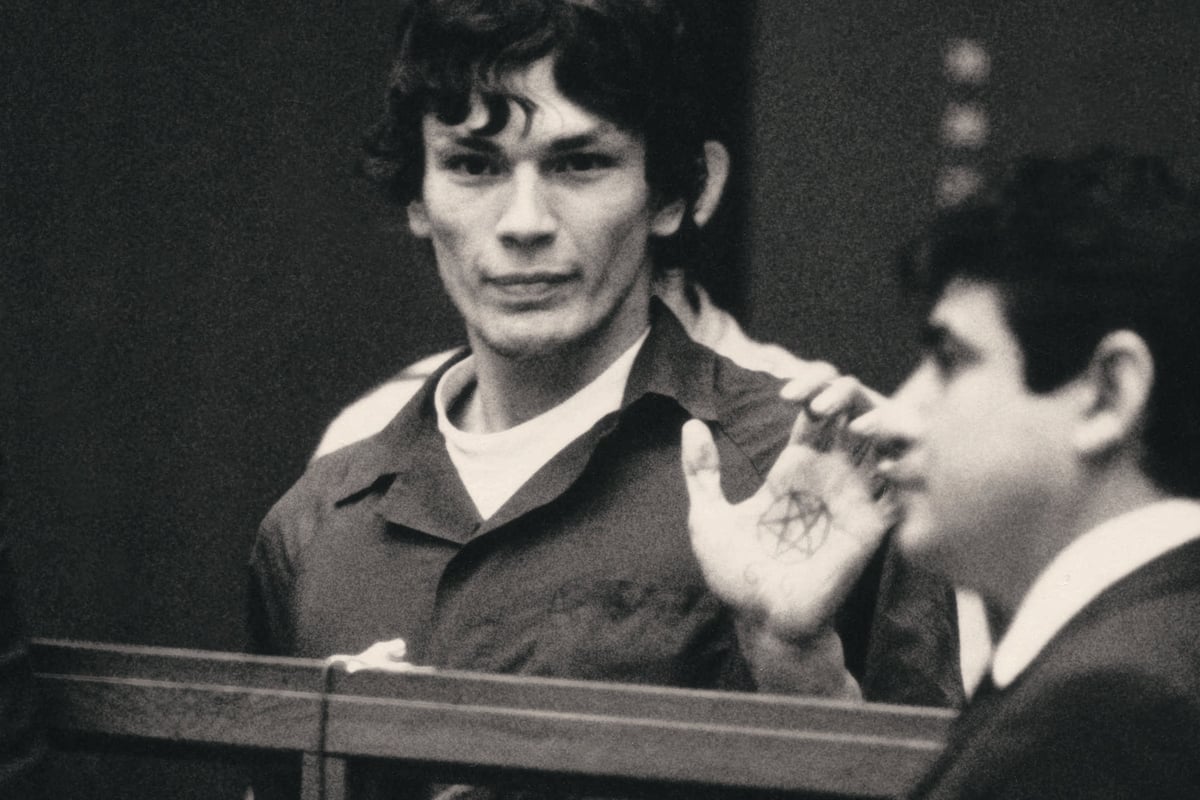 Image: Netflix. Miguel, a Vietnam veteran, opened up to Ramirez about his experiences in Vietnam, including raping and killing women.

Then, at 13 years old, Ramirez witnessed Miguel shoot his wife in the face. After the shooting, Ramirez reportedly became withdrawn from his family.

In his later teenage years, Ramirez moved into his sister's home.

While living there, he often joined his brother-in-law, Roberto, as they looked through people's windows at night.

How was Richard Ramirez tracked down?

As seen in the Netflix documentary series, Ramirez's footprints and fingerprints played a big part in the serial killer's capture.

However, it was Ramirez's teeth that played the biggest part in his arrest.

In police investigations, the victims who managed to survive Ramirez's house invasions all noticed the same characteristic – the serial killer's rotting teeth.

Thanks to a number of witness descriptions, investigators were able to create and release a relatively accurate police sketch. 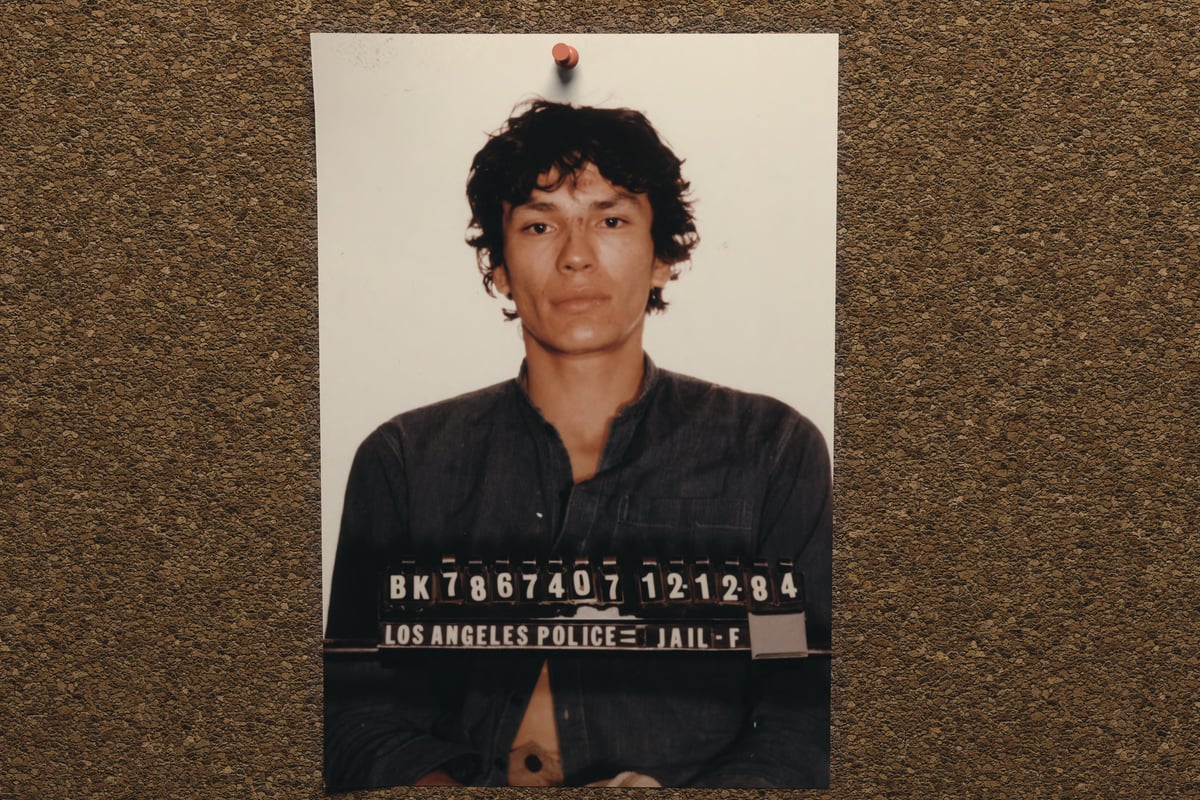 Image: Netflix. Then, in August 1985, a 13-year-old boy saw a man driving through his neighbourhood who matched the Night Stalker's description.

He took down the licence plate and phoned 911, leading police to the car which had Ramirez's fingerprints inside.

After linking the fingerprints to Ramirez, who already had a long list of illegal drug and traffic violations, the serial killer's mugshot was made public.

Two days later, a crowd of people made a citizen's arrest in East Los Angeles after Ramirez was witnessed attempting to steal a car.

While on death row, Richard Ramirez got married to a pen pal.

Doreen Lioy sent dozens of letters to the serial killer after being struck by his "vulnerability" in a television interview.

According to The San Francisco Chronicle, Lioy sent Ramirez 75 letters over 11 years.

After Ramirez proposed to Lioy, the couple married in a 15-minute service at San Quentin State Prison in California in 1996.

Read more: In 1985, Doreen Lioy met the love of her life. He had already killed 14 people.

The ceremony was attended by Ramirez's brother, sister, niece, lawyer, and an author who was writing a book about the convicted serial killer.

At the time of their marriage, Lioy's family disowned her.

"It’s unfortunate for me that I’ve been linked with all of this. I was taken aback by the news. To be related by birth is fine. I don’t want to be a part of this. It’s been a painful event for the family," Lioy's twin sister told The San Francisco Examiner, according to The Tab.

Lioy remained married and continued to visit Ramirez in prison until at least 2009. 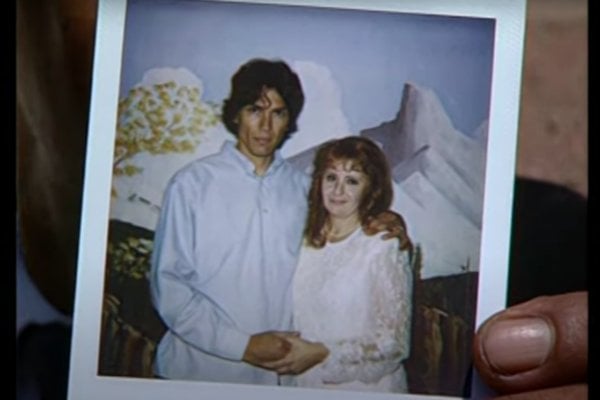 During his trial, Richard Ramirez showed no sign of remorse for his actions.

When the trial first began, the serial killer reportedly threatened to bring a gun into the courtroom.

As a result, metal detectors were installed outside the courtroom.

He also behaved erratically at the trial, yelling "Hail Satan" and using objects to shine light into the witnesses' eyes.

In his confession interview, which recently resurfaced, Ramirez openly admitted to his crimes, offering to kill himself.

"You think I’m crazy. But you don’t know Satan."

Speaking to journalist Mike Watkiss in a separate interview, Ramirez said: "We’re all evil, one way or another, are we not? Yes, I am evil. Not 100 per cent but I am evil."

He added: "Killing is killing, whether done for duty, profit or fun."

Where was Richard Ramirez imprisoned?

On September 20, 1989, Ramirez was convicted of all charges including thirteen counts of murder, five attempted murders, eleven sexual assaults, and fourteen burglaries.

He was later sentenced to death, with the judge stating that he showed "cruelty, callousness and viciousness beyond any human understanding".

While on death row, Ramirez was imprisoned at San Quentin State Prison in California.

Where is Richard Ramirez now?

On June 7, 2013, Richard Ramirez died while awaiting execution. At the time, the serial killer had been on death row for more than 23 years.

The 53-year-old died due to complications from lymphoma.

A coroner found that Ramirez had a number of additional health issues, including chronic substance abuse and Hepatitis C.