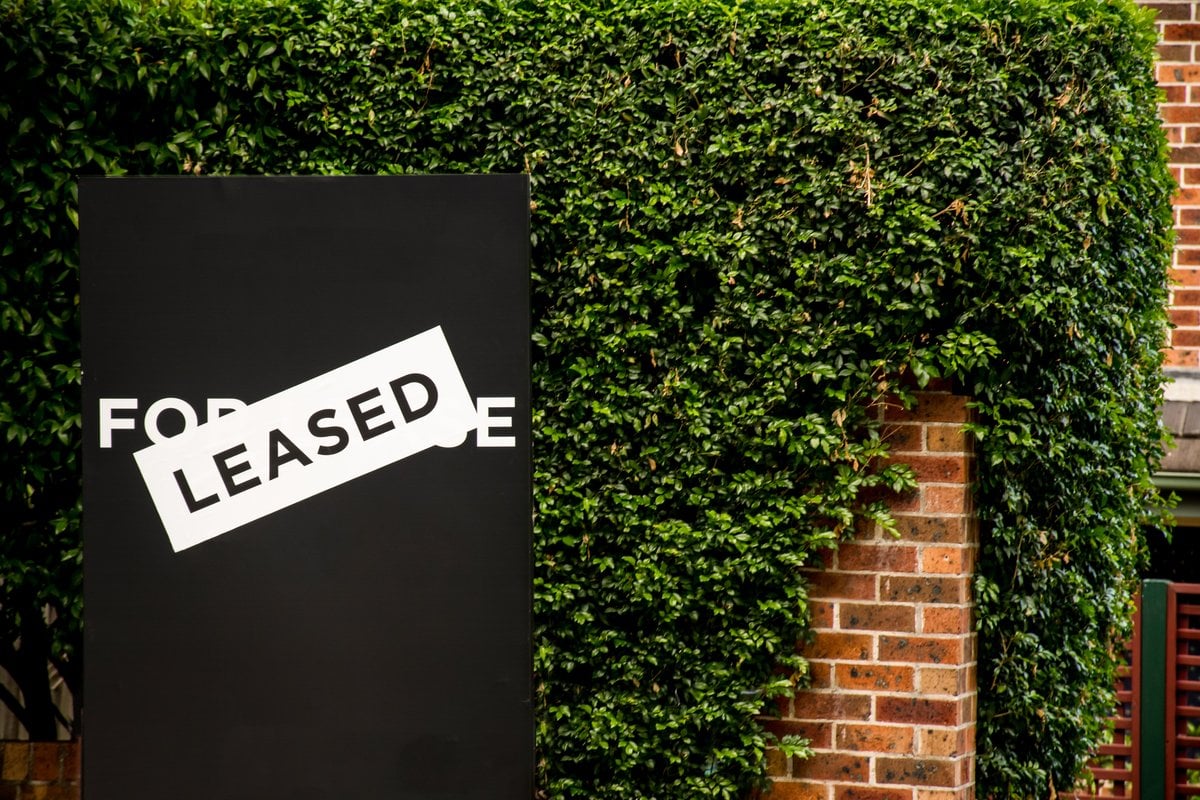 Right now is a terrible time to be a renter – or a very good time. There’s an enormous divide between people renting houses in country areas and people renting apartments in inner-city Sydney and Melbourne.

A lot of those city apartment dwellers have been asking for rent reductions and getting them. One woman who’s been renting a one-bedroom apartment in an inner-city Sydney suburb says she was paying $520 a week in rent before COVID, which seemed to be the going rate for similar apartments.

“Post-COVID, I was looking to move,” she tells Mamamia. “There was ongoing building work happening right outside my apartment, including night works, and I was hoping to be somewhere quieter, while still able to go about most of my life on foot. When I looked, I found there were now one beds in my area going for $440 per week, and two beds in a neighbouring building for the price I was paying for one! I took this information to my landlord and asked if they could review my rent so that it was in line with the current market. That day, with no negotiation, my rent was reduced to $440 per week.”

If you're living in an inner-city apartment, here's how to make your living room look bigger. Post continues below.

Another woman renting an apartment in an inner suburb of Melbourne with her partner says she had a look at the market and noticed that rent prices had dropped significantly since they signed their lease 18 months earlier.

“There were almost identical apartment in my building for $40-$70 less per week than we were paying,” she says. “I inspected a few in my building and the neighbouring building to check if I’d be willing to move if push came to shove. As our lease was due for renewal we just emailed our real estate agent and asked if the owner would consider a reduction, given similar apartments in the building were available for $x-$y. The owner offered a price which was $50 less per week so we accepted and signed our new lease.”

Leo Patterson Ross, CEO of the Tenants’ Union of NSW, says in inner-city Sydney and a few areas like Bondi, rents have fallen “quite a lot” for units.

There are a number of reasons for that: less international students and less workers from other countries needing somewhere to stay in Sydney, less people able to afford expensive rents because of losing work, and on top of that, people just not wanting to be locked down in a unit.

“The reason people live in the city or the CBD is because of the amenities around them, bars and clubs and theatres and all that kind of stuff, and if you can’t go there, there’s just no point paying the premium to live there,” Patterson Ross explains. “So we saw a big shift of people out of those areas.

“There was a whole lot of people who moved from the inner city to the more spacious areas, into the west, but also up and down the coast.”

He says while unit rents in Sydney have generally fallen, particularly in the middle of the city, house rents have stayed the same or gone up.

“But in some places like the Central Coast, rents have gone up by 10 per cent for both, for units as well, because people have moved,” he adds. “At least up on the coast you’ve got the beach to go to.”

“Basically, everywhere else is not. Canberra, for the first time in a long time, has caught up with Sydney rents. All the other capital cities are seeing rents rise. Country Victoria has a similar problem to country NSW.”

A woman living on the NSW Central Coast tells Mamamia they’ve seen a huge surge in prices and reduction in availability.

“Local real estate agents have said it is due to an influx of Sydneysiders moving to the coast as they now work from home – or, if they’re in the office, they only need to commute one to two days per week. They are also offering up to $150 a week more than the asking price to secure a property. We’re actually quite nervous to lose our place as we’re not in a position to buy yet and wonder what the demand would mean for us. We have friends who earn reasonable money, have been paying generous rent for some time and still cannot secure a place. They have now moved in with family.”

Listen to The Quicky, Mamamia's daily news podcast. In this episode, we discuss whether renting for life is really that bad. Post continues below.

Another woman says renting in Central West NSW is “impossible”.

“There’s been an influx of people out here and rent has gone up considerably. Not only do we have a general mining boom but city people moving out here as they can work from home and commute the days they need to. I know a family with a good rental history that’s been knocked back more than 30 times. They have to be out of their rental by early February.”

Patterson Ross believes rents for Sydney inner-city units will go back up, “sooner or later”, depending on the economy. The people who were living in the inner city because they liked the nightlife, etc, are likely to return “if the confidence in the health situation returns”. But those who moved for affordability reasons are less likely to come back. .

“They probably will stay where they are now for some time,” he adds.

So if you are currently renting a unit in inner-city Sydney or Melbourne and you believe rents in your area have come down, how do you approach your landlord to ask for a rent reduction? Patterson Ross suggests collecting two types of evidence first.

On top of that, it’s good to be able to point to the general trends.

“We publish Rent Tracker, which is a postcode tool. It tracks the bonds lodged and the rents attached to those bonds, and that’s kept up-to-date monthly. The other source is the advertised rents, so Domain, realestate.com.au, they are publishing data of what the advertised rents are in the area.

“What it gives you the ability to say is, ‘This isn’t just about my unit or those two particular units I’ve put forward, this is actually what the market looks like.’ And I think often you need both to convince the landlord or agent.”

Patterson Ross says it’s easiest to negotiate rent when your lease is coming up for renewal.

“If rents are going down, then that suggests that there are a lot of vacant properties around and they’re actually not going to have an easy time replacing you. That’s why this negotiation works. There’s actually something for the landlord to lose here, which is you, a sitting tenant who’s presumably been paying on time and so on.”

Reply
Upvote
1 upvotes
Where I am rents have gone up around 35-40% over the last 12 months. It's almost impossible to get a rental unless you pay well over the asking price.
I'm demolishing and rebuilding so i only need something for 12-ish months. I offered to pay 12 months in full when I signed up. In the end that wasn't necessary. I'm one of the lucky ones!
News
General
Opinion
True Crime
Politics
Sport
Explainer
Entertainment
Celebrity
Reality TV
Movies
TV
Books
Rogue
Royal
Lifestyle
Beauty
Fashion
Weddings
Home
Wellness
Health
Fitness
Travel
Food
Parents
Before The Bump
Pregnancy
Baby
Kids
Teens
School
Parent Opinion
Work & Money
Money
Finance
Career
Lady Startup
Relationships
Sex
Dating
Separation
Friendship
Family
Real Life
Couples