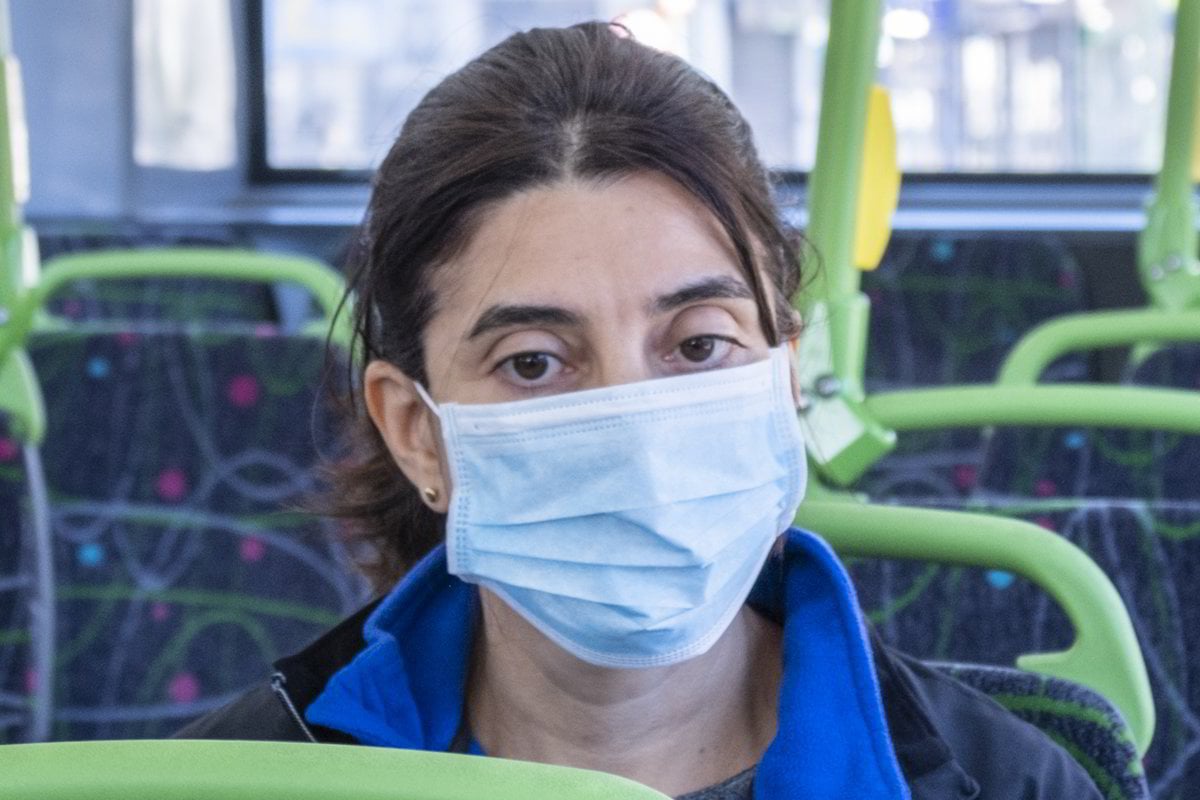 The worst place, Dr Seuss once wrote, is what he called "the waiting place".

That's how David Wolpe, a senior rabbi, sees the current moment. He relates it to a period of his own life where he was diagnosed with a brain tumour and underwent two neurosurgeries.

On a recent podcast, he said the worst place wasn't in the hospital bed. It wasn't even in the doctor's office, being told what they'd found growing inside his skull. The worst place was the waiting place - the time between having the brain scan and receiving the results.

It is the period in-between that tortures us. The not knowing can be worse than the knowing. It feels like in early 2020, the world went for a brain scan and were told things weren't looking good. The rest of the year has been waiting for the official prognosis. How many people will die? How bad is this going to get? And when is the treatment coming?

Has any historical moment been so defined by the act of waiting? World wars perhaps. But even then, the ordinary person was called to action. To work or to the frontline or to tend to the wounded. Some people surely felt useless. But there was fundamentally more to do than sit in your living room and watch the clock on the wall tick by, wondering how many more moments it would take for the world to return to normal.

There is not a person I know, and I imagine you are the same, who is OK right now. They are all, to varying degrees, not OK.

This past Tuesday, Lifeline's crisis line received more calls than ever in its 57 year history. Since the second lockdown in Victoria, calls from within the state have spiked by 22 per cent.

People in Victoria are really, seriously not OK.

They are living in the strictest lockdown conditions in the world right now. Just to be clear - most Victorians accept there's no better alternative. But that doesn't make their circumstances any more bearable.

It is a life with limited sunlight and no physical contact with anyone outside your household. People living alone are experiencing something that resembles solitary confinement. Babies have been born who cannot meet their grandparents, and children are forbidden from playing on the streets. There are no restaurants to dine in, or cafes to think in, or Saturday markets to stroll through. The colour and vibrancy of Melbourne has been temporarily dulled, jobs have been lost, and most critically, almost 700 people have died. Those families cannot even bury their loved ones in the company of more than 10 people. Perhaps they will hold a funeral a few months down the track when restrictions have eased. But it's not the same. It's best not to pretend anything is the same.

When people are depressed or anxious, their first instinct is often to self isolate. It's counterintuitive, like how a person dying of hypothermia strips off their clothes, exposing more bare skin to freezing temperatures. Sadness can make us do things that make us more sad, and then the downward spiral picks up momentum and it becomes increasingly difficult to claw our way out. An entire state right now is living in conditions conducive to depression. There is the backdrop of grief - local and national and global. The social isolation. No workplace or gym or sense of community. Potential job loss or financial hardship. A lack of control.

To ask anyone in Melbourne "R U OK?" today seems ludicrous.

Listen: Is staying inside all day bad for your health? Post continues after.

Twelve months ago, the concerns keeping us up at night would've been consistent with Generalised Anxiety Disorder. But now that level of anxiety is normal. Logical. An accurate reflection of the current state of things.

And then there are the people outside of Victoria, allowed to leave their homes, but watching the daily cases in their own state. We're waiting. Waiting to see if there will be another wave, and if the freedoms we so enjoy will be taken from us indefinitely.

In an article published on The Guardian last month titled, 'Words of wisdom: the best advice for the year from hell,' one man shared what he thinks is necessary for happiness.

"For happiness, three things are required," he said. "Something to do. Someone to love who loves you back. Something to look forward to."

It's the third point we're struggling the most with.

We don't have the holidays booked we would ordinarily daydream about. There's no family overseas coming for a visit next month or the one after that. In most states, there are no weddings, at least as we know them, or big birthday parties. The things that marked our calendars have been erased by an invisible hand and now the future looks blurry and grey.

And we try not to get too down about the overseas trip we're missing out on, because other people have it worse. Much worse. Too many people are dying. But there's lived suffering too. Jobs lost. Hours cut. Bills that can't be paid. Mental health crises. This isn't one tragedy. There are millions of tragedies taking place at the same time, and I'm not sure we're designed to take them all on at once.

Instead, we might try to laugh about the ways in which we are not OK. A friend in Melbourne had enough on Sunday and lamented that she was sick of her lounge and sick of her television and sick of her desk and sick of her face and in a moment of despair she decided that the only answer was to eat some Hungry Jacks in bed.

Therapist and author Esther Perel suggests asking someone how they are sleeping. How specific members of their family are coping. What they are most worried about right now.

The advantage of living in a world where no one is OK, is that our relationships have become less superficial. Collectively, we have never been more vulnerable and vulnerability is what creates intimacy. Many people are reporting having better, deeper and more meaningful conversations with loved ones than ever before.

If you know someone in your life who you are seriously worried about, now is the time to ask the question most of us are scared to.

Psychologists recommend asking, "Are you thinking about hurting yourself?" even though many of us might worry it could plant the seed. According to the experts, it doesn't. Instead, the question opens up an avenue of communication that wouldn't be there otherwise. It's a question that could save a life.

Today, we are not OK. It is a normal response to an abnormal world.

We are sitting in the discomfort of the waiting place and what people need today is to feel understood.

There are better places ahead of us, and as poet Rainer Maria Rilke put it, "no feeling is final."

Today, and in the weeks and months ahead, we need to look out for each other. And that means asking questions that go beyond "are you OK?"

R
regionalvic a year ago

Reply
Upvote
1 upvotes
I have lots of friends and family interstate.
R U OK day hit me like a tonne of bricks. Why? Because the silence from my friends and family during this entire second lock down has been deafening. R U OK day put a big red line under the fact.
It has been both hurtful and incredibly eye opening.
I reach out to others and show kindness and support frequently. My 'bucket' is now empty and I feel tired and depleted from this whole experience.
B
b a year ago